TETRA’s Escape is a puzzler on PS4 and Vita. If you like short and fun puzzlers, and being able to get two Platinum trophies thanks to separate trophy lists, then check our TETRA’s Escape review!


TETRA’s Escape is a platforming puzzle-game all about blocks. Blocks named Tetras and it is down to the players to all that they can, to save them and make the most out of their special ability. Via the means of shape-shifting, Tetras can turn into different Tetrominos and used to fill holes and master puzzles, in an attempt to reach the portal on the other side of the level.

This is a double review for TETRA’s Escape. The game was played by Ceidz and EdEN and this review presents what they both had to say.

In TETRA’s Escape, you are tasked with reaching a portal with your Tetra (the creatures in this world) by transforming some of them them into tetrominos (which are basically the different flavors of Tetris blocks). Reaching the end of each level using the different Tetra (each giving you access to a different tetromino or two) is your objective, and you’ll have to figure out how each one of them must be embedded into the course so that your last Tetra can reach the exit. 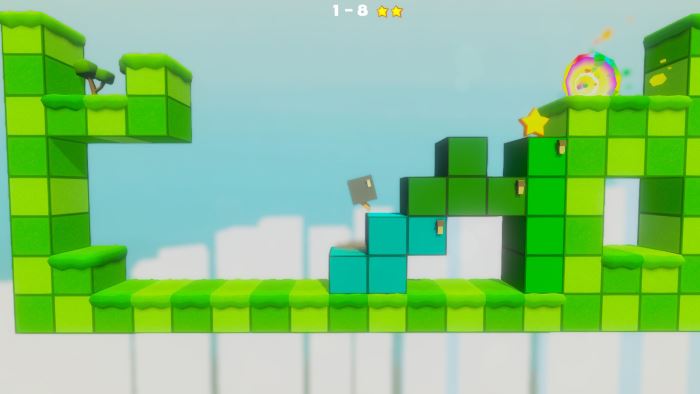 Each level has three stars that can be collected, and once you do a trophy will pop (not an actual PSN trophy, mind you) that you can also grab to ace the level. Collecting the stars and trophies isn’t mandatory however and are only of interest to the trophy hunters, since this game yields an easy Platinum Trophy if you’re good at puzzle games! Being a light puzzle game, there is usually more than one way in which you can take your Tetra to the exit portal, but I often noticed that the trophy would pop in a place you hadn’t expected, so it ended up being blocked by the tetromino you’ve placed.

Because of this, I ended up replaying some of the levels to 100% them, which was a bit annoying. Other than that, I liked the level design, and while most puzzles were really easy to breeze through (even far in the game), a few made me think for a while before figuring out the solution. The difficulty curve is nice and steady, and it never felt unforgiving. 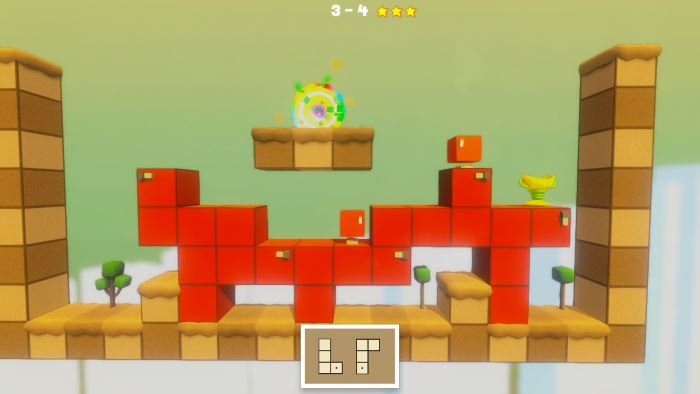 Finally, I played TETRA’s Escape on the PlayStation Vita, and I think that while the game’s presentation and performance isn’t bad, the loading times could have been improved given the simplicity of each level. Maybe it’s something that the team can patch into the game?

As Ceidz mentioned, TETRA’s Escape is a fun and minimalist puzzle game where you’ll need to use the Tetra and their form changing abilities to reach the exit. The game has a full trophy list with a Platinum trophy at the end, and if you’re good with puzzle games, you can get your Platinum trophy in an hour or two since, for some reason, you don’t need to complete all worlds or get all stars and trophies. The game only counts the total of stars and trophies needed up to the total for World 6, which means that you only need to get 75% of all stars and trophies. 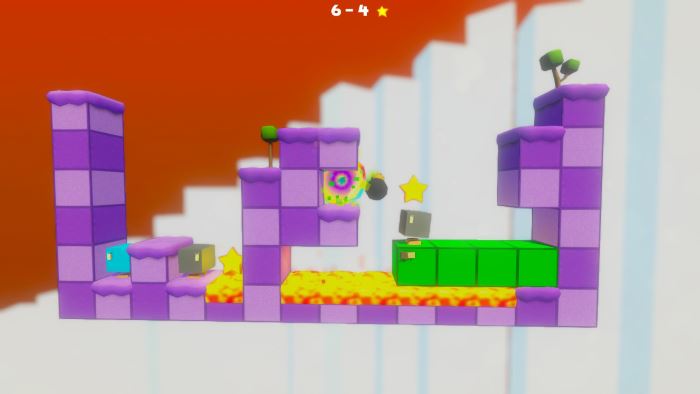 On top of this, the game is cross-buy on PlayStation 4 and PlayStation Vita, so buying one will get you the other at no extra cost. The fun part is that each version features its own trophy list, sharing the same trophy requirements but giving you two Platinum trophies for the price of one! This is great for trophy hunters since, the US and EU version of the game also have separate trophy lists for each region so that means you can get four Platinum trophies by buying one copy of the game in each region and get all four in 4-5 hours at most once you’ve managed to find all the proper solutions for the game’s levels.

On that note, if you’re ever stuck on a level and can’t seem to find the right solution for that stage, you can click right here to check out a guide for the first six worlds in the game so that you can carry on with your Platinum run. 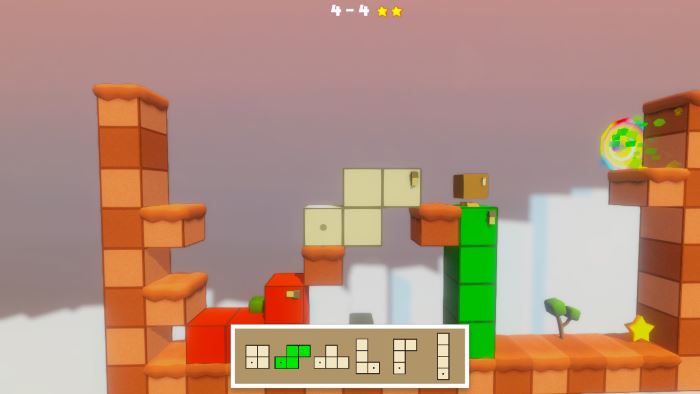 I played the game both on PlayStation Vita and on PlayStation 4 for my dual Platinum runs, and while the game ran well on Sony’s portable console, as Ceidz mentioned, I did find that the loading times were a bit longer than expected, which made the process a bit slower. On PlayStation 4 the game is more colorful and shiny with some extra lighting thrown in for good measure, and loading times are pretty much gone for good, so do keep this in mind as you start to play the game on one or the other.

Final Thoughts
TETRA’s Escape is a fun and colorful puzzle game on PlayStation 4 and Vita that has plenty of stages to complete. If you want to 100% the game, then you’re going to have to find the right solution that allows you to not only collect all three stars in a stage but also the trophy once it pops up. The game’s controls work great and its “turn these blocks into tetrominos to create platforms you can use” is entertaining.

Disclaimer
This TETRA’s Escape Review is based on PlayStation 4 and Vita copies provided by Ratalaika Games.