The revolution in Iran is an important event that forever changed Iran as a country. The Iranian monarchy ended and was replaced with a republic government run by the Grand Ayatollah Khomeini, and I think at that same time the Sharia Law was established. Iran essentially became a brand new country overnight! The game focuses on the events of the revolution that lead to the Iran that we now know today. 1979 Revolution: Black Friday is a game that everyone should play as it tells a very important tale that brings incredible insight to how it must have been like for the key players of the Iranian revolution. 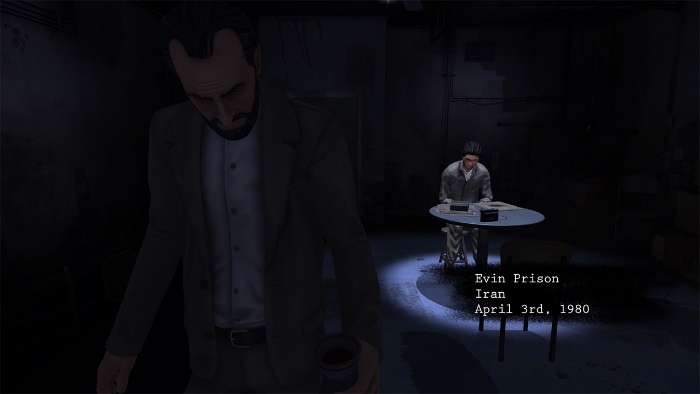 You play the game through the eyes of Reza Shirazi, who begins in a safe house somewhere in Iran’s capital of Tehran. After a short interactive sequence and some mini-games, Reza is arrested and thrown in prison… where he is tortured to some extent. He is in a little room being interrogated into confessing his part on the vents and to give the names of his treasonous friends, or else! 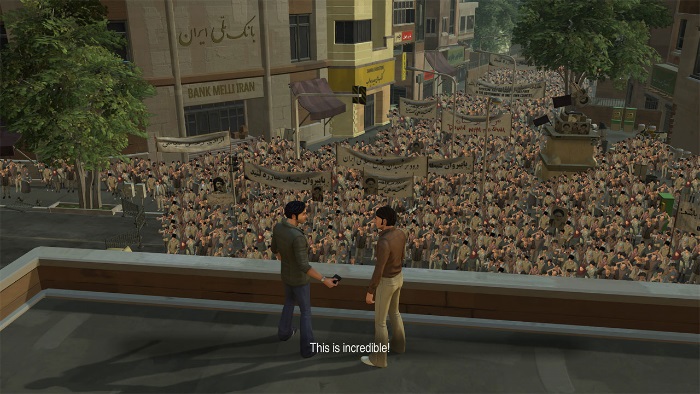 The story will go back and forth from Reza’s prison interrogation in Evin prison and what is experienced as an anti-monarchist before the events of September 8th, 1978, a day that is known as Black Friday. The game will present to you different moments in non-chronological order over the course of 19 chapters. Most chapters will have a couple of cutscenes you can watch, while others will involve you completing mini-games and exploring, as well as making critical dialogue choices that will affect the outcome of the game. 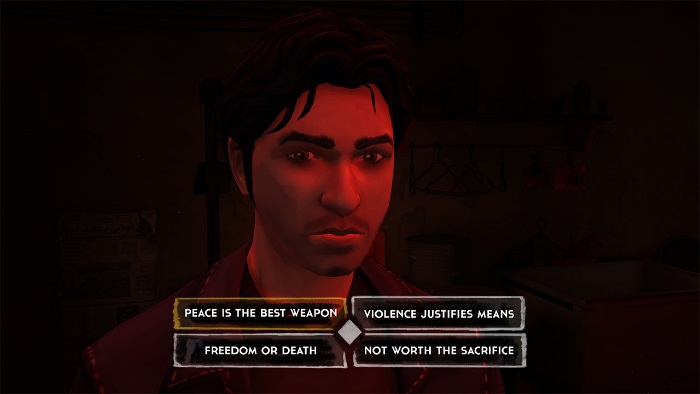 Over the course of this story, and especially in exploration sections you will see a message on the top corner of the screen telling you to, for example, hit the X button, and sometimes you can photos that will provide you with information about an item, or about an event that has happened. You will learn some valuable information about the history of Iran and about the Iranian revolution. 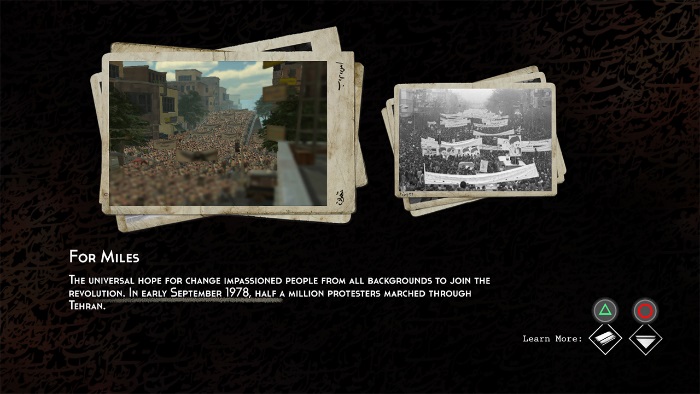 There is some room for replayability here as your actions, and the choices you make will affect how the game plays out. In a fashion similar to the post The Walking Dead adventure releases from Telltale Games, dialogue choices are timed, so you have to be quick and select what you’re going to say before you run out of time. You’ll be going through some very tense moments as you wonder if you’ve made the right choice. The developers clearly want you to pick the first answer that comes to mind, as if you were taking part in the many events you’ll experience, and it works. 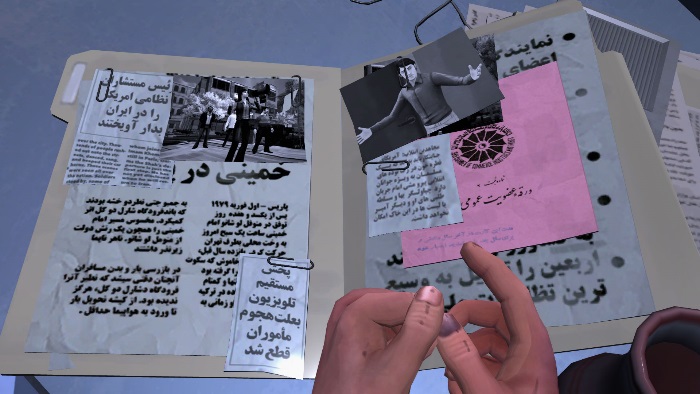 The game’s graphics are stylized and a bit on the cartoony side, similar to what we saw for The Walking Dead series from Telltale Games, giving the game a very interesting look that makes everything pop. The game’s setting and the very serious topic is something that all should experience in this action/adventure take on the events surrounding the 1979 Iranian revolution. 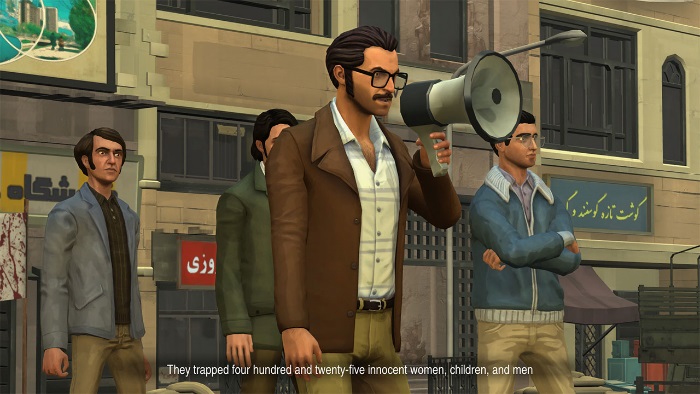 Disclaimer
This 1979: Revolution: Black Friday review is based on a PlayStation 4 copy provided by Digerati.