Train Sim World is a First-Person Train Simulator that brings to life the experience of operating powerful and realistic trains on some of the World’s most amazing railways. Using real-world data to accurately replicate the performance, sounds and feel of real trains, drive real-world inspired missions, run 24-hour timetables, relax as a passenger or watch trains go by, the possibilities are endless. Whether you’re a beginner or a seasoned expert, Train Sim World caters for all abilities.

Train Sim World begins by asking us to select an avatar out of the available options. This doesn’t impact the game, so don’t hesitate for too long and select the one you prefer! We’re then offered the opportunity to select between three different experiences: Rapid Transit, Great Western Express or NEC New York. Curious as I am, and since I loving said city, I selected New York for my first run. After a semi-lengthy loading time, as soon as I got control of my character, I understood why there is a disclaimer right at the beginning of the game telling us that walking on train tracks could be dangerous: you can effectively walk on the different tracks as you wish, which is indeed very dangerous. Don’t do it in the real world! 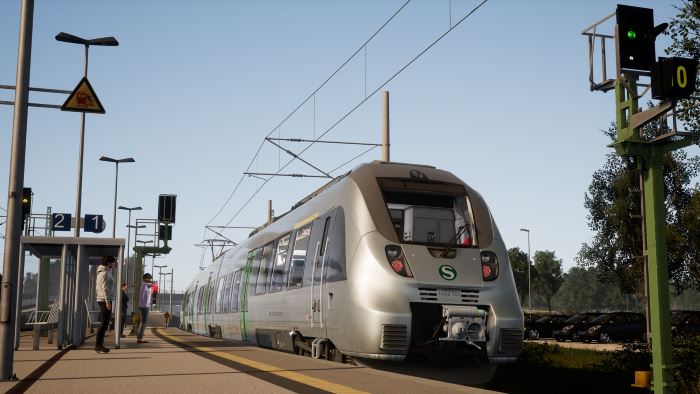 I then went on the train that was right in front of me and followed the train operation tutorial which lets us sit down in the captain chair. It’s easy following someone telling me what to do (a.k.a. doing the tutorial), but I did feel a bit overwhelmed in my first solo mission when I was left alone to juggle everything. After 5 minutes of tutorial or so, the train was moving and that definitely felt like a great moment!


For the gameplay, you’ll have to drive/conduct a train to the different stations (often 0.6mi/1km to 1.8mi/3km apart) in real time, allowing the required time for the passengers to board the train, opening and closing the doors, and managing the train speed in order to reach the next stop on time, while stopping in front of the passenger loading bays. It is relatively simple in fact, but you have to watch your speed as you get closer to the station, because a train needs a lot of time to slow down; and even with applying the emergency brake, the train can be stopped way beyond the train station you were supposed to stop. You’ll then have to put the train in reverse in order to fetch those forgotten passengers. And since we’re on an official timetable, this will delay your runs. You are presented with a real-life train dashboard and there are a lot of buttons to maneuver. 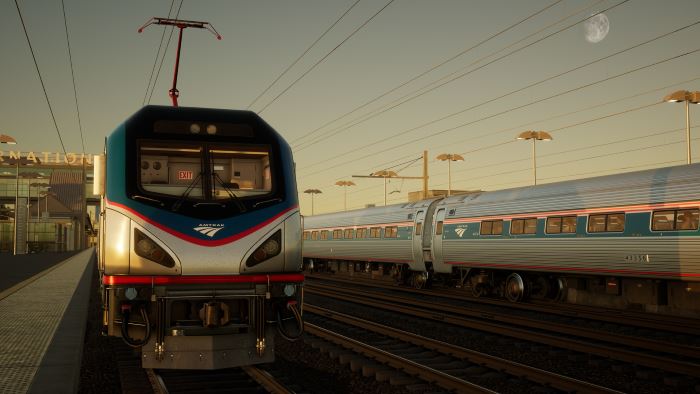 When you are on a mission, that is, going from station to station, you’ll notice that there are green lights everywhere on the side of the tracks. I paid no attention to this for a while, until I passed a red light. Passing said red light made me fail the scenario. Being a train simulator, I’m agreeing with the fact that passing a red light and taking the risk of facing another train head-on is one of the most dangerous things that can happen to a train, so it was a legit experience and I should have been paying more attention to what I was doing.


On my different sessions, I encountered a recurring issue in which the train would not start after being in a station. Everything felt like it was okay: the doors were closed, and the throttle and brakes were in their designated positions. Since the dashboard doesn’t state if the passenger door is in open or closed status (and the train WON’T start if the doors are open), I often had to leave the pilot chair, and go into the cabins to see if the doors were indeed closed, and then retry to start. I also noticed that the train won’t start at all if the throttle is engaged when the doors are closed. Every time that particular scenario happened, it was a trial and error scenario fiddling with the throttle and the doors in order to find the right combination to have the train moving again. The few first times this happened to me, I didn’t know what was going on and eventually reset my game completely.

As for the game presentation, it is definitely top notch. The trains and the environments are very well designed and they look great, making me feel as if I was actually inside a proper train, taking care of everything one would need to do before the train can start its new journey. I also applaud the developer for the different sound effects implemented in the game since they definitely helped to immerse me into this whole experience, making the game more fun. 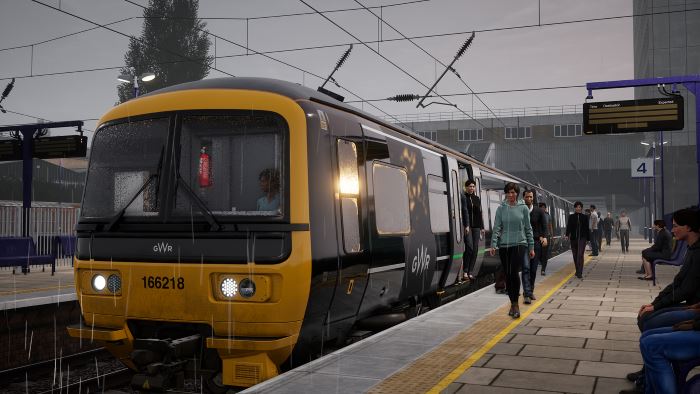 Final Thoughts
Train World Sim is a great train simulation game for gamers looking for such particular experience. As far as the train conducting went, I had fun playing this one, even though my kids thought it wasn’t as exciting a game when compared to what I usually play.

Train Sim World delivers on its promise: you’ll be a train driver in many different situations. If you’re looking for a building sim game, you should also check out Jurassic World Evolution, which I recently reviewed.

Disclaimer
This Train Sim World review is based on a PlayStation 4 code provided by Dovetail Games.