Set during the Cold War era, Phantom Doctrine is a tactical turn-based game that follows in the footsteps of the already popular XCOM. Come find out if the game is worth playing in our Phantom Doctrine review!


The story of Phantom Doctrine is about a secret organization, the Cabal, who is trying to prevent a global conflict. As the head of the organization, you’ll be bouncing from secret mission to secret mission to try to uncover the conspiracy and hopefully stop it. As soon as you start the game, you’ll be given the option to view it as being sided with the CIA, or with what was known as the KGB back in the day. Even though the story is the same, viewing it from both perspectives will give you a different angle from which to view the whole situation. 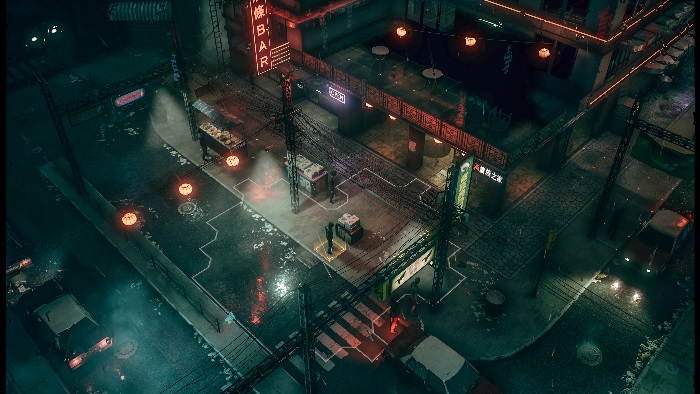 Each mission is played on a multi-level map where you’ll be controlling each of your agents turn by turn. Each of them has points that allow them to move around, as well as points for actually taking actions like firing their weapon. There are also special abilities available to you that consume both, so this will be a small part of the strategy you use to get through your objectives. 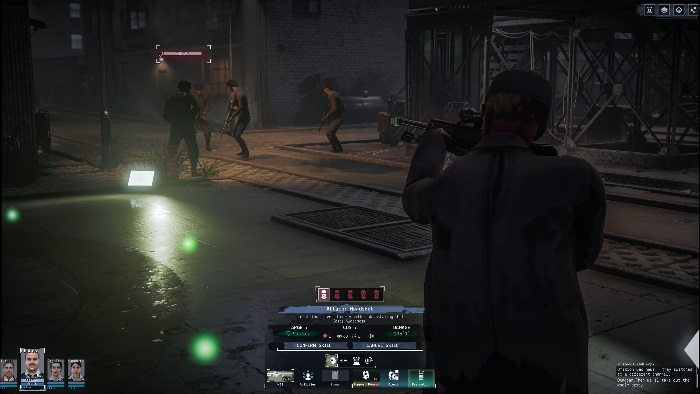 Even though you can fire weapons, the majority of the time you’ll want to get everything done in the most spy-ish way, as the game puts a lot of emphasis on doing it that way. You’re no mercenary, so your spy skills are what you should be focusing on – otherwise the game will brutally let you know that you are in enemy territory. Once your identity is discovered, even on the easiest of the three available difficulty levels, you’ll quickly notice that surviving a couple of armed men is a difficult thing to pull off.


When you’re not in missions, you’ll be viewing things from the headquarter, where puzzle-like mini-games will be available to you. One of them has you linking things on a board to uncover more information (made me think about how some of the scenes work in Telltale’s Batman adventure games), and the other is pretty much you dropping agents on a world map to block enemy operations. 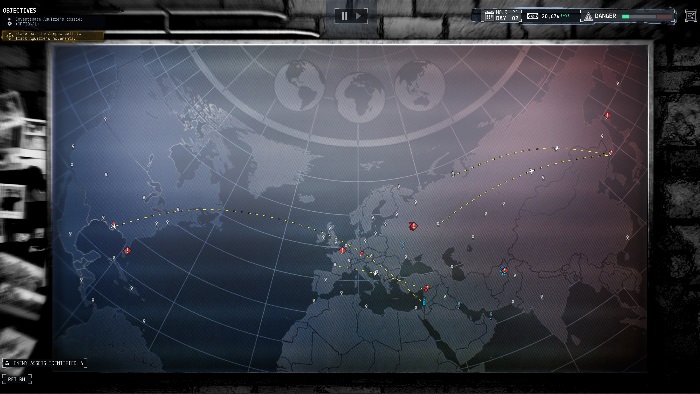 The visuals are pretty nice to look at, with some good closeups in the missions when you’re executing certain actions that allow you to see a detailed environment. One thing I thought was a bit annoying though were the effects on the map that made things really hard to see. For example, fopr the first mission you’re dropped in Pakistan where there seems to be some kind of sandstorm going on. With the isometric perspective, the multi-leveled buildings and the different objects on the map, I was having a hard time at finding the right camera position to be able to see where I wanted to go. This, unfortunately, led me to being discovered a couple of times.

Another thing I noticed, that might be one of the reasons why the game is so difficult, is the fact that enemies can shoot at you in a straight line once you’re discovered, no matter how many walls or buildings separate you from them. So, again, more than once I ended up dying because enemies shot me from two building corners away, crossing 2 or 3 concrete walls to land a hit that should not have been possible.


I think I could’ve enjoyed the game a bit more than I did if it wasn’t as challenging. It felt that for each mission I had to die and retry a couple of times to find the right path to succees, with close to no chance of mistake. It’s also worth noting that the tutorial mission is basic at most, and you’re right away dropped into something way more intense as soon as its over. Let’s just say that a more progressive approach to the whole strategizing would’ve been appreciated. Even though it’s not my type of game, I can see people who like XCOM appreciating this game. It’s the same kind of tactical and challenging release, and even if the story is not a Hollywood quality scenario, the missions will still provide a lot of fun for fans of the genre. 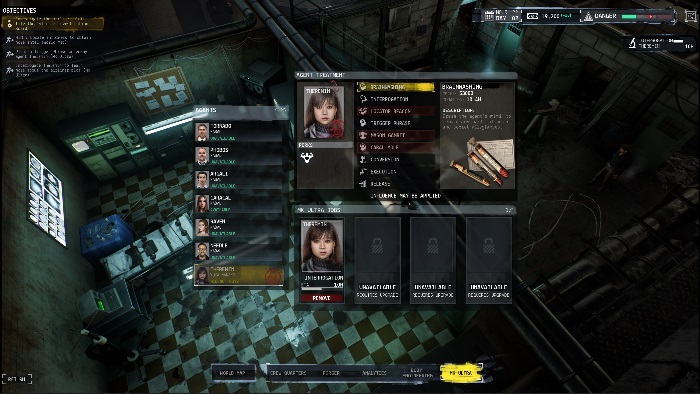 As for the trophies, this one feels like a challenging one. Like I said before, the game was difficult on Easy, so considering you’ll have to beat the game on Hard, there’s a big challenge right there. Other than those difficulty trophies, most of them are awarded for miscellaneous objectives that you’ll have to watch for and plan accordingly to get them, so it might require a couple of mission replays here and there.

Final Thoughts
It’s nice to see a studio try to tackle genres with hugely successful games such as XCOM while doing their own thing. I don’t think CreativeForge have made a good effort with Phantom Doctrine , but they do fall short from being able to make a run at taking the crown from the big boys. I’m sure the study will take what they’ve learned from this project and improve on things for either a sequel or a new take on the genre.

Disclaimer
This Phantom Doctrine review is based on a PlayStation 4 copy provided by CreativeForge.