Insane Robots from Playniac is a fun and colorful card battler on PS4 in which defective robots must fight to the death. Learn more about it in our Insane Robots review!


Before you dive into the tournaments, the game will get you going with a tutorial. In here you will learn about moving the cursor with the left analog stick to select a hex to which you can move with the X button, or about using the right analog stick to move the camera around to see what you’re up against. You can end your turn with the Triangle button, which will prompt the enemies to take their turn. Moving the cursor over an enemy to then press the X button will start a battle, in which you need to place the tokens on the bottom into the corresponding slots to activate them. Dropping an attack token into an empty slot will set your attack, while dropping a second attack token onto an occupied slot will increase the attack’s strength. Same goes for your defense slots and the tokens! 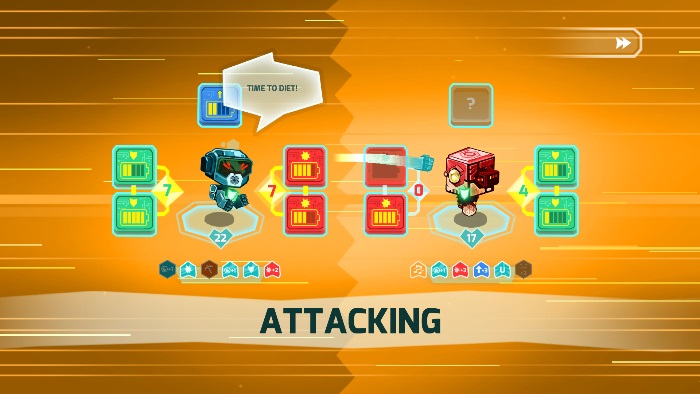 For each turn you have a limited amount of energy, so you can’t just attack at will. Every turn you’ll get more energy units, up to a maximum of six. The game then teaches you that you should complete each of your robots circuits as fast as possible so that you can get the advantage over your enemy. Once your attack circuit has been completed, you can use your next turn to use up the required energy to attack by pressing the R2 button to unload and deal damage. For the tutorial you will completely overpower your first enemy, so you will get a bonus for doing damage over the overall hit points of your enemy, on top of the damage bonus. 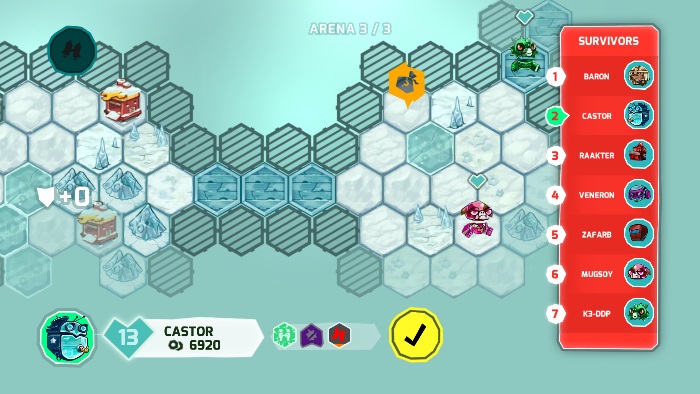 Once you’ve finished the tutorial you will start to take on Tournaments, which take place on larger board games in which every robot is out there trying to become the last robot standing. You can move around during your turn and either engage other robots in battle or find spots of interest on the board to, for example, collect some extra in-game money or perhaps find a broken Vend-O-Matic that might still provide you with a useful item if you spend some money on it. It is here that you learn about combos which, by spending an extra energy unit, allow you to combine tokens of the same color to make new ones with increased fuel.


After you complete an arena you will get a chance to purchase some robot augments and upgrades with your hard earned money. You could, perhaps, increase your robots movement over the map by 1, increase the odds of drawing defense tokens while in battle, increase how powerful attack tokens are when drawn, or purchase a floating device that will allow you to float across water in jungle arenas. Or maybe you decide to upgrade your max health by one unit, which might make a big difference for the next set of battles. 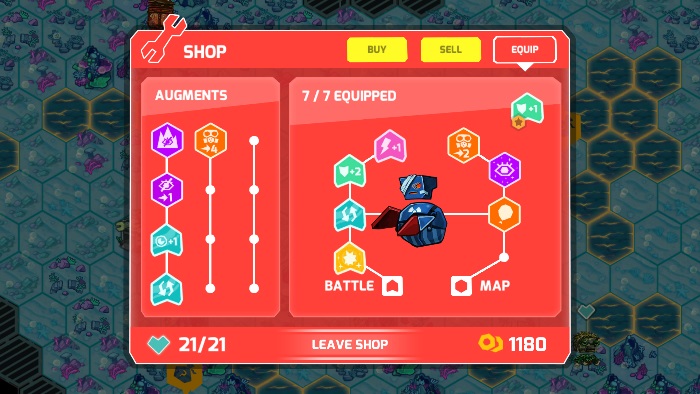 As you progress in the game you will unlock additional robots for the cause, and each of them has different augments pre-installed that will change how you approach subsequent battles since, for example, having a robot with an extra attack boost might prompt you to quickly complete your attack circuit to make short work of robots that don’t have enough hit points. There are several robots to unlock in the game, and there are also extra robot packs on the way which you can get by purchasing the game’s season pass or the deluxe version with the game and the season pass rolled into a single purchase. 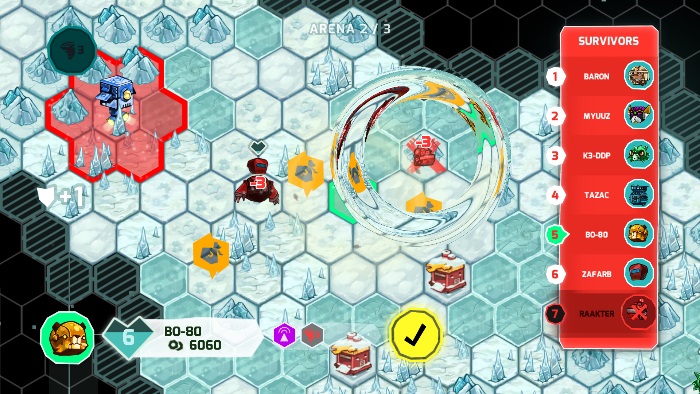 Battles in each tournament are randomized at the start, and for tournaments in which you battle in more than one arena you will get to select the next arena to tackle once you complete the previous one. You might run into jungles, frozen landscapes, and more, with hazards you might not be able to traverse until you purchase an upgrade that will allow you to overcome them as needed. There’s a nice variety in this one, and a short adventure it ain’t since you can end up spending over a dozen hours taking on this challenge. 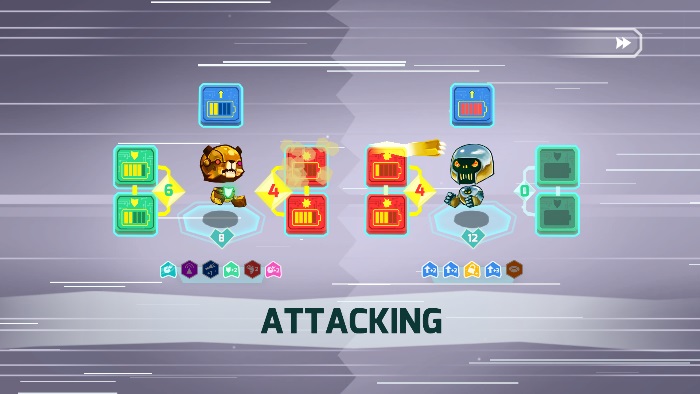 Insane Robots is a strategy game with simplified gameplay mechanics, which isn’t a bad thing since the challenge is still there as you juggle your energy and deck to try to outsmart your opponents. Playing against the AI or against online opponents is a blast, and there are plenty of trophies to unlock on your road towards adding a new Platinum trophy to your collection. 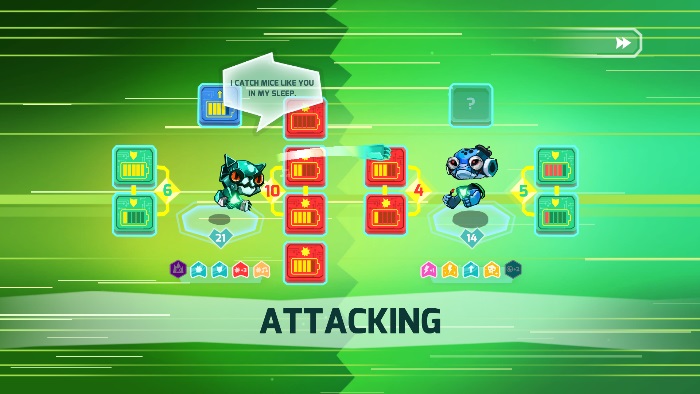 Disclaimer
This Insane Robots review is based on a PlayStation 4 copy provided by Playniac.