Gene Rain is a futuristic third-person shooter set in a world where conflict is ever present after a war killed close to 2 billion people. Learn more in our Gene Rain review!


The story starts 20 years after a technologically advanced research institute developed a fog to change the human gene sequence. The day they spread the fog over the people was the first day of the new era. All these years later, issues with the gene sequence start to show up and creatures appear, which is why three people will try to help to end the conflict that has spread on a global scale.

As you take control of any of the three characters, you’ll be navigating around maps from a third-person perspective, in what can be mostly described as a “cover shooter.” There are tutorials in the beginning to get you going, but I didn’t really have the chance to read them, as they pop up right in the middle of the action, with really small text, and disappear after a couple of seconds. As happens in, for example, the Uncharted series, upon entering each area hordes of enemies will try to shoot you down, and you’ll have to duck behind objects in the environment to avoid their attacks as you try to shoot back at your assailants. 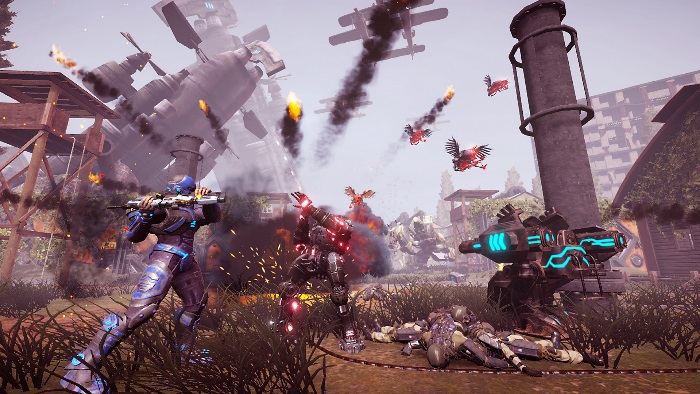 This is where issues will start to show up. Although this would seem like a basic mechanic in a game of this type, it is, unfortunately, poorly implemented. When aiming and then releasing the aim button, your character will focus on something, making it almost unable for said character to move, to a point where you have a difficult time getting to cover you from attacks. It took me a couple of tries to fight and defeat a UFO because I always got “glued” to the pillar that served as my cover, and I wasn’t able to get around it quickly enough to avoid fire. And speaking of aiming, to put it simply, you wouldn’t expect aiming to stop working, but it happened to me more than a couple of times when pressing L2 just wouldn’t do anything. I had to leave cover, run around a bit, and then it started working again.


As you defeat enemies, you can sometimes pick up cores which serve as currency for the upgrade system for your weapons. There’s also a skill tree available to upgrade your character’s skills, for things such as hit points or your carrying capacity of cores. There’s a large selection of weapons available, although your options will be limited at first. It will eventually make for a varied offer that can suit different play styles. 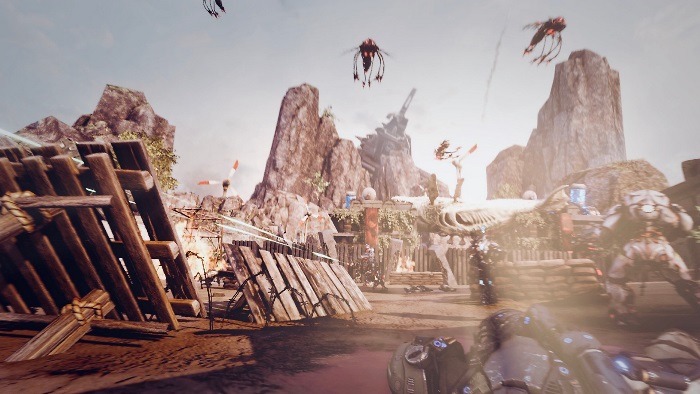 The visuals of the game are quite impressive considering this is an indie title, and the environments have lots of great details. Sometimes you can notice things that indicate the limited budget the team had to work with, like rain in your screen that actually loops the same raindrops over and over every 2 seconds. There are also some more noticeable issues, although they don’t get in the way of the whole experience. For example, when you press L3 to run, you can see your character being switched to the “running character” version.

Then there’s the whole dialogue thing. The voice acting is subpar and sometimes feels as if it was created with Google Translate because the sentences don’t always make sense. If you’re like me and turn the subtitles on, you’ll notice that they don’t always match what you hear, plus the subtitles are not formatted properly. For example, a lot of sentences in the subtitles start with a lowercase letter, and what surprised me the most are the words with apostrophes in them that are followed by a whole tabulation (like this: “don’ t”). 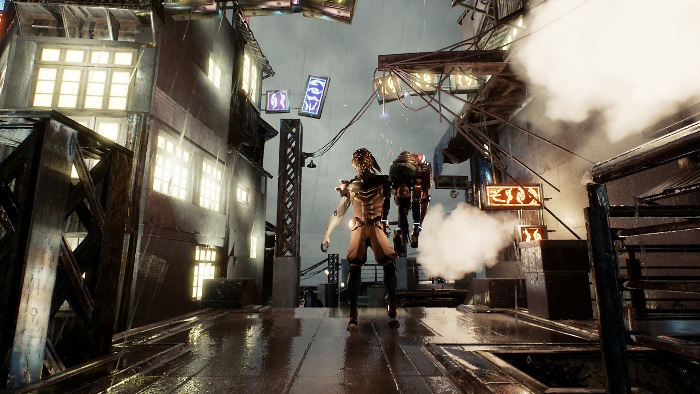 For all those little things mentioned above, my time with Gene Rain was not the most pleasant one. The shooting was OK at best, and the story was complicated to put together and felt like all those shooter games clichés were added to a single mix. There are humans, robots, zombies (yup, zombies), a post-apocalypse world, all the stuff that’s all been done before, with no real originality added to it.


I also noticed that the D-Pad doesn’t work in the menus, which wouldn’t be a major issue if it wasn’t for the fact that the left analog stick was overly sensitive in the menus, with the slightest touch getting me to three menu items below. I also came to a section with one of the characters, where the option to reverse the Y-axis was not changing anything, no matter how many times I toggled it on and off.

From a developer point of view, it feels as if no quality assurance was done by the developers before releasing their game. All those little pieces here and there would have been caught during QA before the game got into players’ hands. On top of this, the game is priced at $25, which is $5 less than a game like Hellblade: Senua’s Sacrifice, and there’s a considerable difference between a game like Hellblade and Gene Rain. 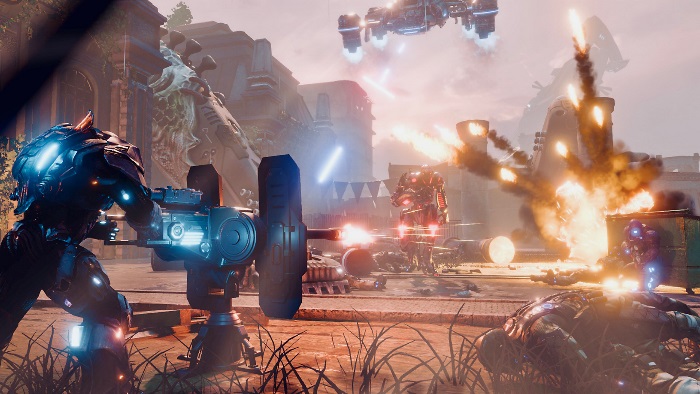 On a more positive note, if you’re able to get past all those issues, the trophy list is not a difficult one. A couple of trophies for killing a certain number of different types of enemies, a few story-related ones, and some for the upgrade system, and you’ll pretty much get yourself another Platinum trophy for your collection.


Final Thoughts
In the end, it’s really hard for me to recommend Deeli Network’s game, especially at that price. It’s got its share of basic QA issues (non-working controls were the worst) that can’t be ignored, and it has an OK storyline and combat system. If your time with Gene Rain feels different from my experience, be sure to let us know in the comments below!

Disclaimer
This Gene Rain review is based on a PlayStation 4 copy provided by Deeli Network.