After thirteen eras of peace under Luce’s protection, Pain declared war and eventually defeated her. Thus came the 14th era of men, and with it, the first era of darkness. That is the world in which you’ll be living your adventure, trying to lead your daughter to a place where sunlight still shines. To do this, you’ll be taking control of your warrior from an overhead perspective, with a control scheme that resembles the aforementioned Dark Souls series, and even the most recent entry of the beloved God of War series. Both right shoulder buttons allow you to make light and hard attacks, while L1 serves for blocking, and the Circle button is used to dodge and roll around. 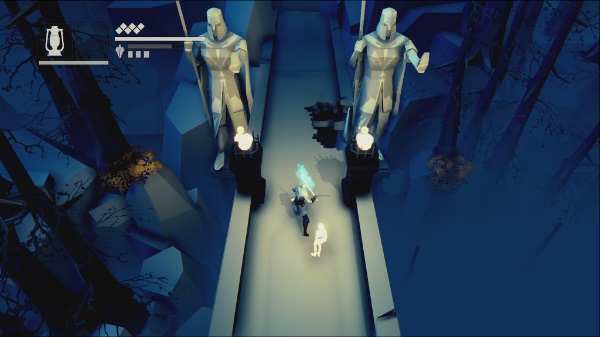 Those skills will be put to good use on mostly linear maps (with a few branching paths here and there) in typical dungeon crawler fashion. Enemies will be scarce but fierce and waiting for you at every corner, and loads of traps will make your time in the game a challenging affair. Another similarity to the Souls games is the difficulty of fights. If you just go in recklessly, even when battling a single enemy, you’re pretty much sure to die. Blocking and dodging are crucial for you to stay alive in this game!

Another aspect to take into consideration is your daughter, Aether. She’ll mostly follow you around, unless a fight breaks out which will make her duck and wait for it to finish. You can also grab her by the hand to move a bit quicker, or simply tell her to stay put in order for you to go and deactivate a trap so that she can then follow you. If at some point you end up dying, and believe me, it will happen a lot, her spirit will stay where you died and you’ll have to go back there to take her with you. 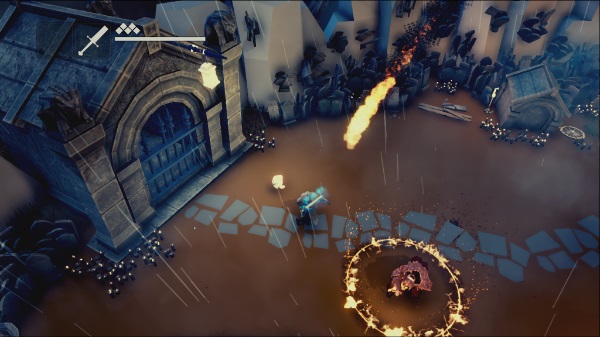 As far as graphics are concerned, this one won’t win any awards. The game looks like a late PS2 release, with a bit of detail here and there on the dungeon paths with barely detailed backgrounds. It’s worth noting that the studio is only composed of two people, so you definitely can’t expect something like Uncharted or God of War and their visuals, but the graphics could definitely have seen a bump here and there.


If I haven’t made it clear, the game is very hard. I ended up dying a lot in this one, one shot by enemies I wasn’t ready to take on, killed by bottomless pits… you name it! The game’s story is really vague, and there is not much for you to grab on from the story cutscenes it offers. There are some NPC here and there that give you extra bits of information to try and give you an idea of what’s going on, but there isn’t much else that will be given to you story-wise to drive you forward. 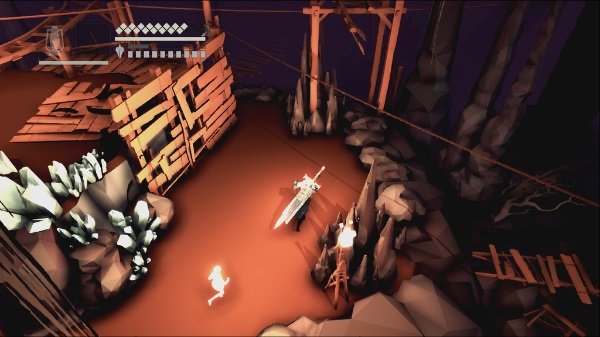 I also encountered some technical issues that weren’t major, but still made my time with the game a bit less enjoyable. One of those was with Aether, when she just got stuck in a wall or something and I had to backtrack a lot to get her unstuck so she’d start following me again. The other thing is combat where I more than once got into a fight with someone and we ended up within attacking range, turning around each other like a dancing couple, swinging our weapon at each other with some visually noticeable impacts, with neither of us getting hit. Hits happened eventually, but in a game where the strategy of your hits and dodges is crucial, I’d expect this to be truly on point.

As far as trophies are concerned, this is a pretty standard list, with some story related trophies and a couple of miscellaneous objectives. Finishing the game by itself will be a difficult task, and add to that the Nightmare difficulty that unlocks after beating it for the first time and you’ve got yourself a Platinum you can proudly showcase to others for all of your efforts! 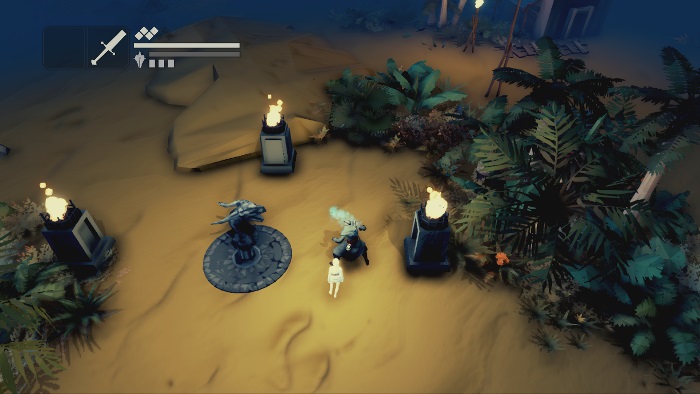 Final Thoughts
It’s hard to tackle a genre that is defined by the series that created it, especially as a really small studio. Even though there were a couple of issues here and there, RuneHeads still managed to give us a solid effort in the genre. It might not be the type of game for everyone, but fans of the genre should be able to get a good time with this one.

Disclaimer
This Fall of Light: Darkest Edition review is based on a PlayStation 4 copy provided by Digerati.