Death’s Gambit from White Rabbit and Adult Swim is a challenging 2D Metroidvania action RPG now out on PlayStation 4 that will truly test your gaming skills. Learn more about it in our Death’s Gambit review!


You start your journey with Death’s Gambit by creating a new soul. You can select between the following: a Soldier who good all-around fighter; an Assassin, a quick and nimble close range fighter; a Blood Knight who is very aggressive and can regain health after quickly retaliating; a Wizard who fights with ranged magic; a Noble who has access to unique items from an agent of royalty; a Sentinel who can equip any weapon or shield; and an Acolyte of Death who can restore Death Idols to rest and save. It’s a nice list of options, each with different stats and access to different starting items and equipment. On top of this, you’ll also be able to select a starting item that will provide you with a bonus boost right from the start.

The things you can get as your starting item are as follows:

 Vados Helm: Increases your vitality by 5.
 Gaian Blood x 5: Bumps endurance regeneration by 100% for a 14 seconds period.
 Soul Stone x 5: Can be used to upgrade weapons and armor.
 Crystal Bomb x 8: Crystals that explode when thrown, dealing 320 damage.
 Spellbinder’s Aura: When you use abilities your intellect increases by 2 for 24 seconds, up to 10 intellect at the same time.
 Shield of Warding: Reduces the duration of bad status effects by 25%.
 Rusty Charm: Honestly? Seems to do nothing. 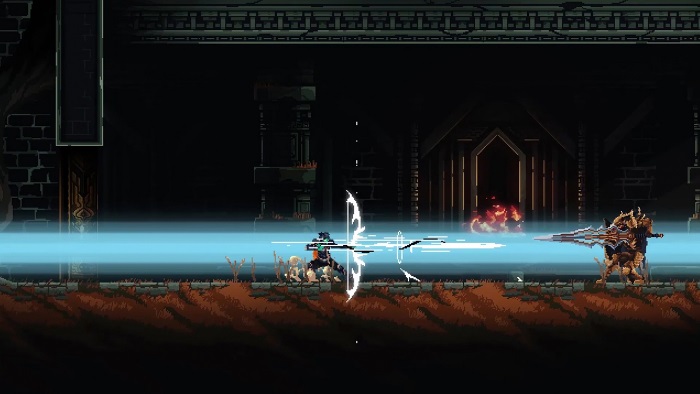 Out of these items, I’d suggest you get the Vados Helm since five extra vitality at the start of the game is a considerable boost. If you instead want to go for one of the limited use items, go with the crystal bomb since dealing 320 damage can get you out of a tricky situation and will make short work of the first mid-boss and the first boss you battle. Or you could save them for the boss after that since by the time you reach the Owl King you’ll have enough healing items and will have leveled up your stats to be able to withstand some extra damage while you also dish out powerful hits.

The starting stats of each of the available classes for your new soul are important, since they directly affect how good each character is at the start of the game. Your vitality determines your total health points, strength affects the damage you deal, as well as what weapons and shield you can equip. Finesse affects the damage of finesse weapons. Endurance determines the overall stamina you have. Intelligence affects the damage dealt by spells, your magic resistance and it also affects which spells you can equip. The final stat is haste which affects your use of bows, lowers the cooldown period and increases your stamina regeneration rate. 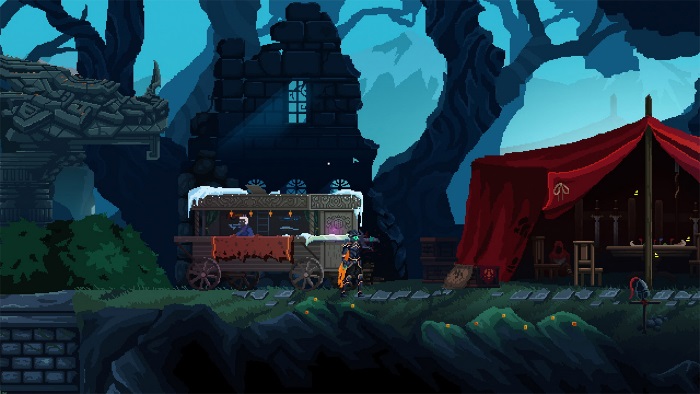 After you’re done with that, you’ll be thrown right into the game. Turns you you’re pretty much dead… or at least were dead up until Death decided to resurrect you, binding you with a contract of servitude to the Grim Reaper. You are therefore tied by said contract, but at least you can’t technically die anymore even when you fall in battle – as long as you have a phoenix feather that is. This is the setup for the game, and you are left with no option but to do what Death tells you to do.


Because of the game’s steep difficulty curve, Death Idols are going to be your best friend. They act like the game’s checkpoints, and you can rest at them to upgrade your character, reset the area’s enemies and regenerate healing items. Because of this, I suggest you use the Acolyte of Death as your class since it can also restore broken Death Idols which can be used as extra checkpoints as needed. Speaking of upgrading your character, the game’s currency is shards, which you gain by defeating enemies. Shards are very useful since they can be spent to upgrade your character, or to purchase items and equipment.

Your first area to explore will be Gaia’s Cradle, which will act as the game’s tutorial, teaching you the basics for the game so that you can get good or else the game will eat you alive. You will find tombstones with inscriptions, and these will teach you thing such as pressing the Square button to attack, pressing the Options button to open your inventory, holding the L1 button to climb ladders, and how you can assign a secondary weapon to the R2 button – I’d suggest making this a long-range weapon so that you can attack enemies from a safe distance when needed. The other two things that are very important are blocking (L2 button) and the dodgeroll (Circle button) which can keep you relatively safe from danger as long as you time things right. 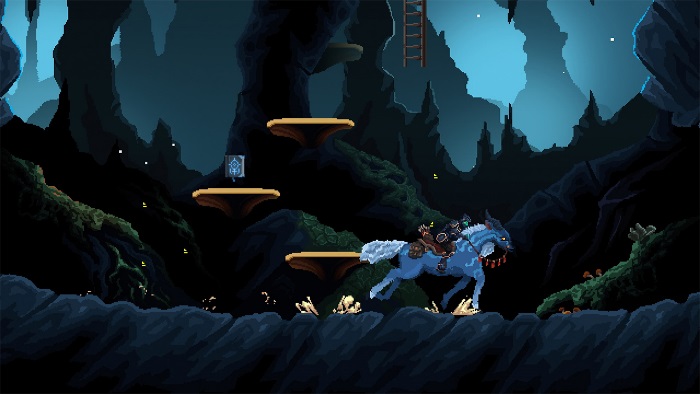 You can’t just attack as much as you please, nor can you just block and dodgeroll all over the place. Every action you take, from jumping to attacking to blocking to dodgerolling, uses up some of your stamina, and once you run low on stamina you won’t be able to do anything else and will be left wide open to a big hit from enemies if you’re not careful and run away as your stamina recovers. Something else to consider is soul energy and how you use it to activate abilities assigned either to the Triangle button, the L2 and Triangle buttons, or the L2 and Circle buttons. These are powerful abilities on a cooldown timer that can greatly help you survive the deadly enemies you will face.


If you want to have the best shot at defeating the bosses in the game, you should keep your eyes open for the Journals of the Immortal. These are floating books that are usually in out of reach locations, or straight up hidden so that you can’t easily find them. When collected, these books provide bonuses for you when you battle the corresponding bosses, so they’re definitely worth the extra trouble. The first of these books is found early in the game around 10 minutes in, as long as you know where to look – drop down a broken ledge to the left of a Death Idol. This first book gave me a 5% damage bonus against the Owl King boss, which greatly helped to make the whole fight a lot easier. 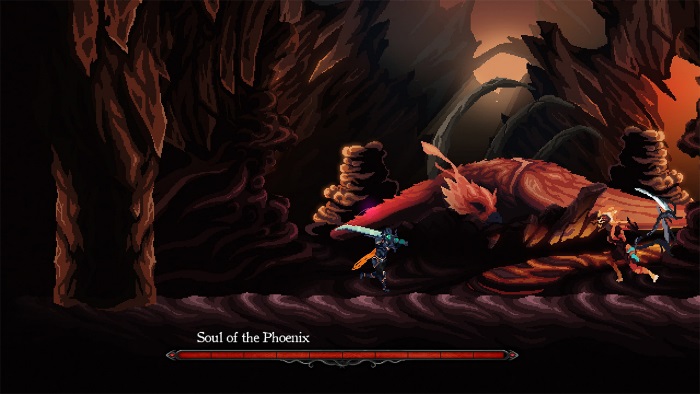 A fun/weird thing I ran into while playing Death’s Gambit were treasure chests that have hit points and a passive regeneration skill that will quickly allow them to recover most of the damage you’ve dealt. This means you need to get a bit creative and come at them with everything you’ve got so that you can combo some of your main attacks, secondary attacks and abilities (remember, the ones that use energy and that also have a cooldown) to deal enough damage to break them open so that you can grab the cool items they protect. It’s definitely interesting and it reminded me of mimic chests from Dungeons & Dragons, but certainly with a better payoff.

One more element I want to discuss is your Talents. Think of it as a skill tree of sorts where you can spend the talent points you obtain to unlock new skills for your character. The first one you can unlock grants you the bonus of getting soul energy when parrying attacks from your enemies. As you unlock new skills you will open the path to other skills for things such as how using healing feathers when you’re at 90% health or higher removes some minor status ailments and restores some of your stamina, or another one that makes it so that you don’t lose soul energy when standing still. 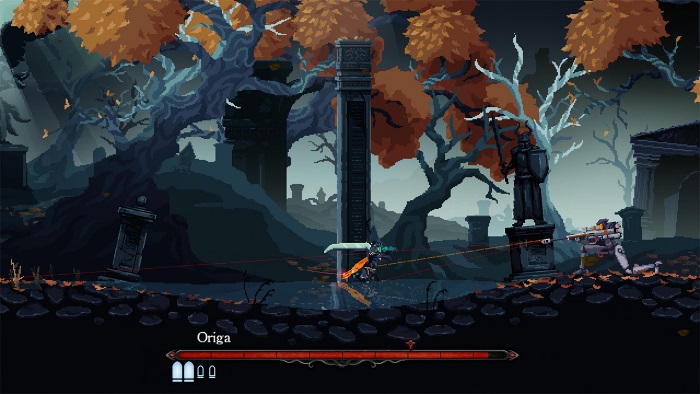 Death’s Gambit is an outstanding and challenging 2D action RPG Metroidvania that has finally been released on PlayStation 4. It’s been over three years since the game was announced as a PS4 release, and I’m happy to say that the wait has been worth it. This is a very addictive game that will grab you from the start and won’t let go. Dying only fuels your drive to go back and do it all over again, as you learn from your mistakes and try to recover the last feather (or two) you lost in the process.

Disclaimer
This Death’s Gambit review is based on a PlayStation 4 copy provided by Adult Swim Games.