Take a little bit of Metroidvania, mix it up with some roguelite, and add a tiny pinch of Souls combat. The result? An excellent game on PS4 you have to play right now. Find out why in our Dead Cells review!


The story of Dead Cells is a simple yet intriguing one. You are “The Prisoner,” an unnamed human who’s been at some point executed for a crime, but is now an immortal entity. As you try to escape the prison, you’ll discover bits of information here and there, but that’s pretty much all you’ll get, and can interpret things as you wish. Escaping the prison will be done in typical Metroidvania style. You’re going around the map fighting enemies, avoiding traps, backtracking a bit, discovering new weapons… and then you die. In typical roguelite fashion, you’ll be back to your prison cell, ready to go back out there and explore the newly changed map layout of the living organism that is the island on which the prison is located. Pretty simple cycle, right? As if this wasn’t already a fun combination, there’s other stuff that kicks in to add some extra flavor to the package. 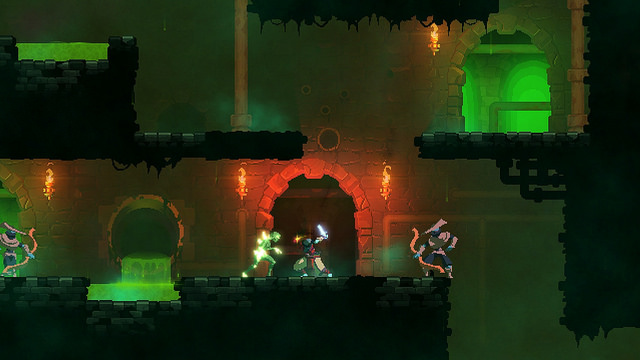 When you die, it ain’t no standard death: it’s permadeath. This means you’re back to square one with your basic HP, sword and bow or shield, and you’ve lost all your gold, cells, and any upgrade you could’ve found on your journey. You’ll encounter NPC along the way who’ll give you the opportunity to spend your gold on weapons or to spend your cells. Cells will allow you to buy permanent upgrades, like an upgrade that allows you to preserve some of that hard-earned gold when you die. Other upgrades will randomize the starting sword from any of the swords you’ve found the blueprints for. And the good news is that the cells you spend are not lost when you die, so if something cost ten cells and you’ve spent five on it, the next time you get back there after your death you’ll only require the missing five cells to get your upgrade.


Over time (and after many, many deaths), this system will allow you to gradually upgrade your character, which will in turn probably allow you to progress further into the different zones the game has to offer. Each zone you’ll visit has it’s distinct “signature” over the others, from the layout of each spot to the enemies you’ll find, so you’ll always be on the lookout for new things that can – and will – kill you. 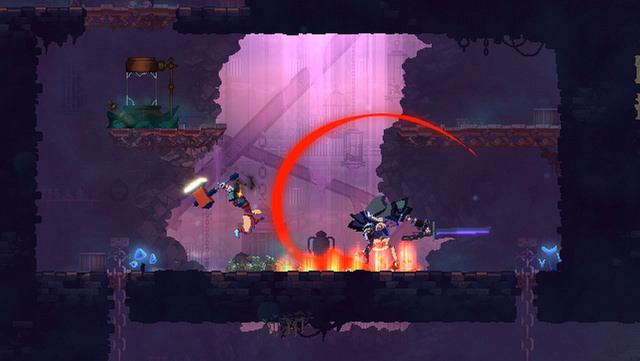 Speaking of killing, combat is obviously an important aspect of the game, and it’s also the part where that Souls series part comes in. Each enemy has its own distinct pattern, and your chances for survival will all depend on finding them. Once you do, the now classic formula of attacking and dodging/rolling should grant you victory over these deadly monsters. Even though your early weapons are pretty basic, you’ll quickly pick up better and stronger ones, as the game offers a huge variety of weapons, shields and stuff like grenades – that have a cooldown time before you can use them again.

Visually, the game reminds me of some good old Castlevania games (the 16-bit era ones), except that the animations are obviously a lot more fluid. Even with its slightly pixelated look, the game still provides a lot of details in the environments and the enemies, and a lot of blood! The look is great, and it works for this type of game, a Metroidvania in case you don’t remember, with a 2D presentation that is very easy to get into. 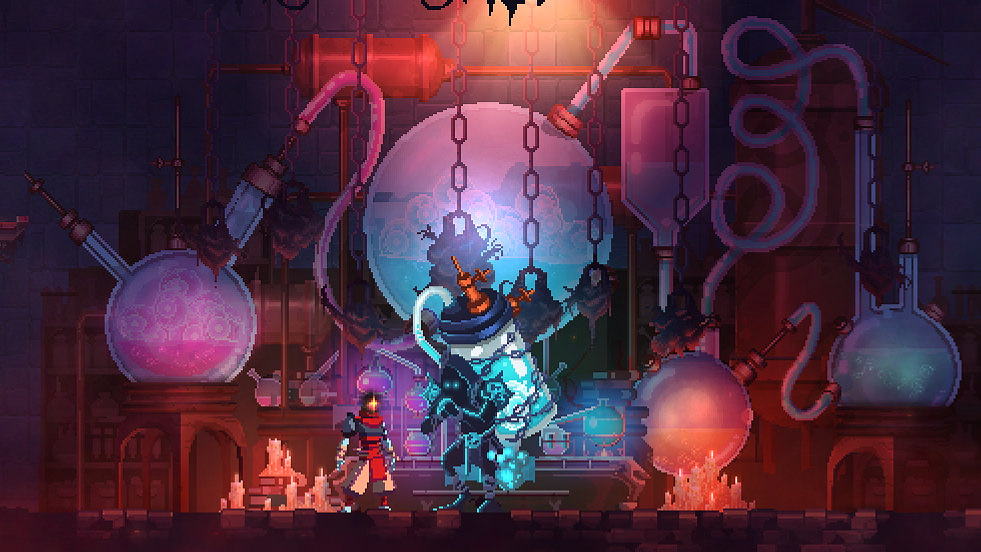 As I started playing Dead Cells, it felt like a solid and fun title, and it brought back memories of the excellent Rogue Legacy that released a few years ago. The way the map changes every time you die, the upgrade system (with the cells) that preserves some of your upgrades even when you die, they’re all great aspects if you’re a patient player. It’s not the kind of game you can expect to get through in a few runs, especially considering that the enemies are brutal and will only appear to be easier to bet when you’ve spent hours finding new skills and upgrading your character.


But if you’re ready to get into the game, dying a lot, and slowly building your Prisoner into something more powerful with a wide variety of weapons, then you’re in for a real treat. It quickly becomes addictive, as you always want to push forward and get a bit further, or get back to that “elite” enemy that just destroyed you, trying out a different strategy to kill it. The Souls inspiration adds a nice strategy aspect to make the fights much more elaborate than what you’d find in your regular Metroidvania, and thus every single step you can take is rewarding.

Trophy wise, this Platinum should be a challenging one. There are a lot of trophies tied to reaching each of the zones in the game, so those shouldn’t be a problem if you dig this release, and there are a couple of specific trophies that should just pop as you play the game. But then there are the ones for bosses that ask that you defeat them without taking a single hit, which should prove to be a good challenge. 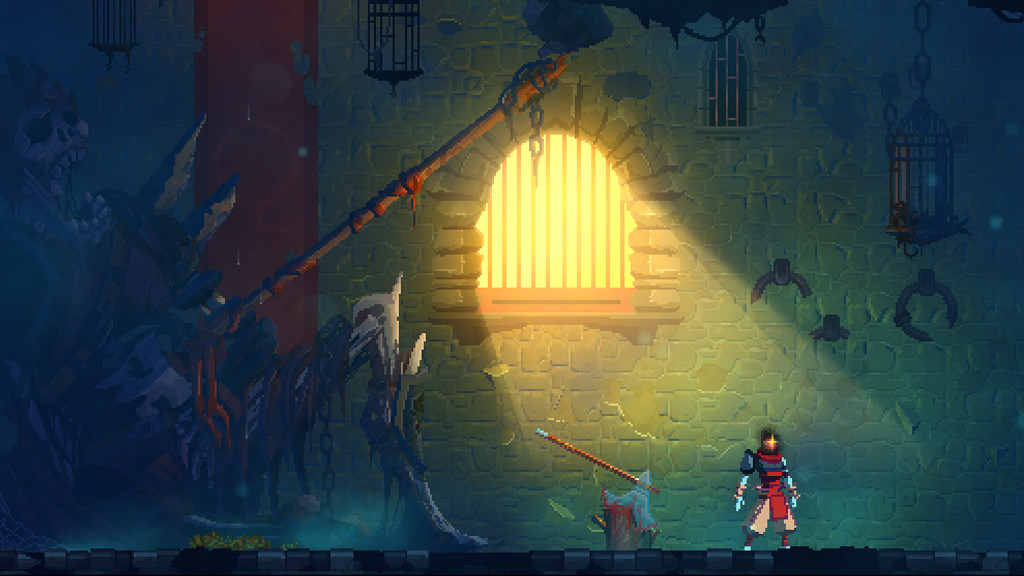 Final Thoughts
All in all, if you’re into Metroidvania or roguelite games (or RogueVania as the developers call it!), you’re in for an incredible time with Dead Cells. It’s a fast-paced, fun and challenging game that you’ll get sunk in for dozens of hours without even realizing it. Motion Twin have created a gem with this game – truly a must-play title and easily one of the best games this year.

Disclaimer
This Dead Cells review is based on a PlayStation 4 copy provided by Motion Twin.