Tozai Games has brought Lode Runner Legacy to the Nintendo Switch, a single-player and two player release in which you can also craft your own stages – more on that later. The single-player modes are Adventure, in which you take on 50 stages crafted for this release, Extra which features an extra 20 stages and new enemies to take on, Puzzle in which each of the 50 stages is a puzzle and there are no enemies to worry about, Classic which presents 150 (yes, 150!) stages from the good old days, and World Levels which is where you can try the stages created by other players around the world. 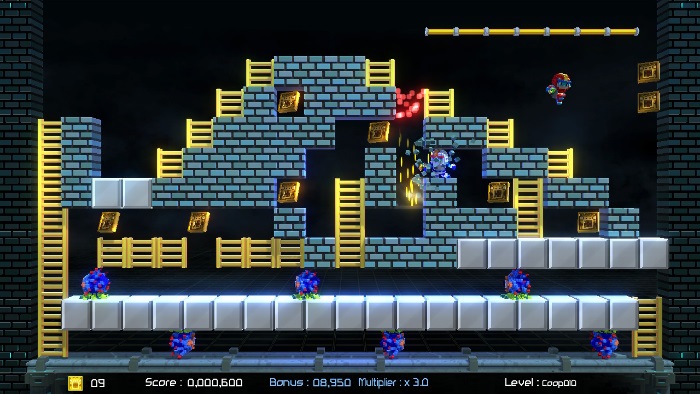 The basic gameplay mechanics are as follows. You move around with the left analog stick or the D-Pad, and use the Y and A buttons to dig to your left or your right, as needed. You can also use the L button to dig left, and the R button to dig right, if that feels more natural for you. You can also zoom in and out with the ZL and ZR buttons, and you can even take on a weird and very challenging first-person view for the game and use the ZL and ZR buttons to reverse directions when playing from said view. 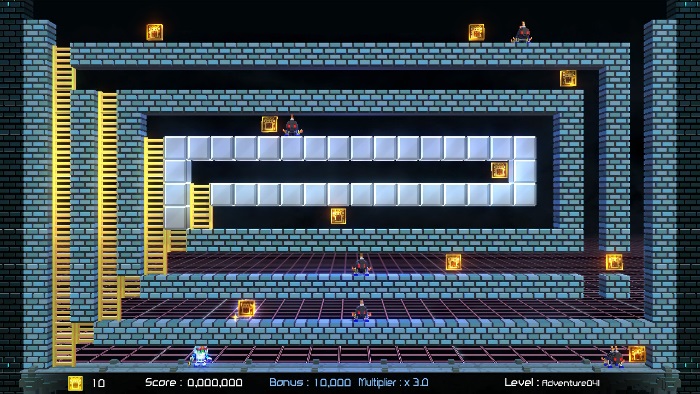 Your goal is to collect all items in a stage without being caught by enemies. Digging holes to your left and your right can open new paths, trap enemies… or end up trapping yourself if you’re not careful. Any hole you’ve dug will trap an enemy, allowing you to cross over the gap, or will allow your runner to fall down, which is needed if you want to collect all items in some of the stages. You can dig holes while on a ladder, while hanging from a bar, and even when standing on an enemy’s head! If you want to dig more than one hole as you move, then you can hold down on the corresponding button. Oh, and you can’t dig on concrete blocks. 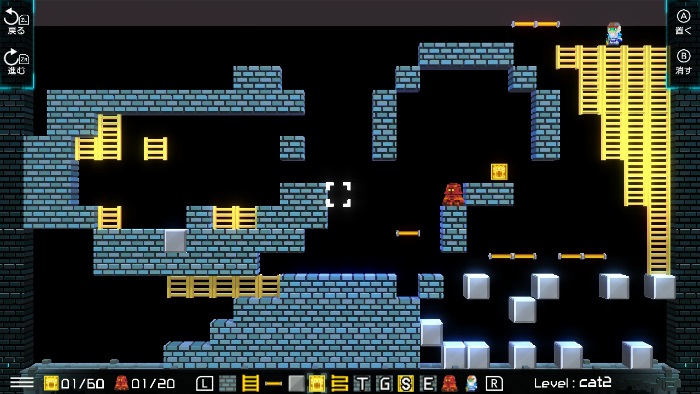 You can get up to three stars per stage. One is for completing a stage, second one for not dying and third one for reaching the score milestone for the stage. A piece of gold rewards you with 200 points and collecting items consecutively will double the score for each piece you grab. Dropping an enemy in a hole is 100, standing on them is 1,000, entrapping them is 1,000, walking across three buried enemies in a row is 3,000, and there’s 8,000 points for special items. There’s also a time bonus for the time left when you complete a stage, 3,000 points for not dying, 10,000 for no kills, and 20,000 for no entrapments, so you can mix things up here and there until you find what works best for each stage. You also have a multiplier that decreases as time passes in a stage, so do hurry up!


As for the two player option, this mode includes 30 stages tailored for co-op gaming so that you and a friend can take on collecting all the gold in each stage. The same general rules from single-player apply to this mode, so if you want to get all three stars for each stage you’ll need to completely it with no death while also aiming at reaching the minimum score for the stage. Playing in co-op is a different experience since you both need to be on high alert as you split and go down different paths to try and stay alive while collecting as much gold as possible in each pass. 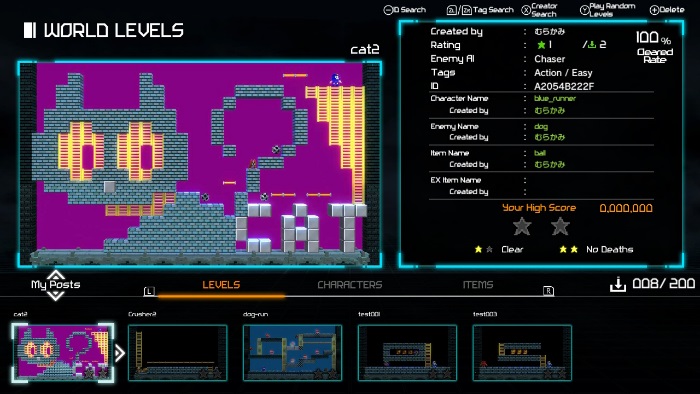 And now, let’s talk about Craft mode. In here you’ll be able to create your own levels for the rest of the world to play. You will move a cursor around with the left analog stick or the D-Pad, place a piece with the A button, delete it with the B button, switch parts with the L and R buttons, and activate the Enemy AI Menu with the X button. You can create characters and items, one blocky pixel at a time. You can rotate what you’re creating by using the right analog stick, and can select colors by pushing in on the right analog stick as well. 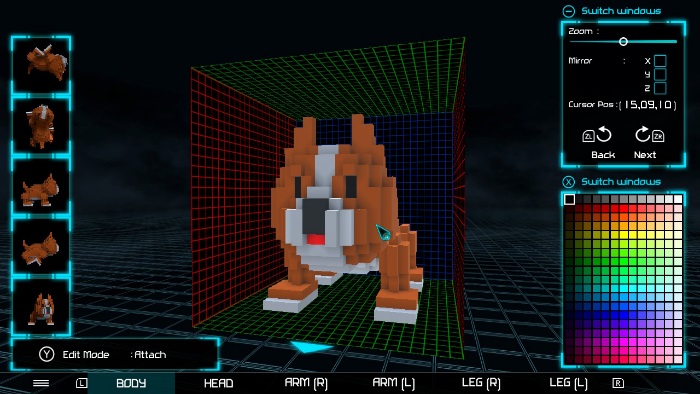 Lode Runner Legacy is a must-have game for both those new to the series as well as for fans of the long-running series. The game offers a ton of levels split in different modes, and being able to create your own stages, as well as play those created by players around the world, make this a must-buy game on Nintendo Switch. 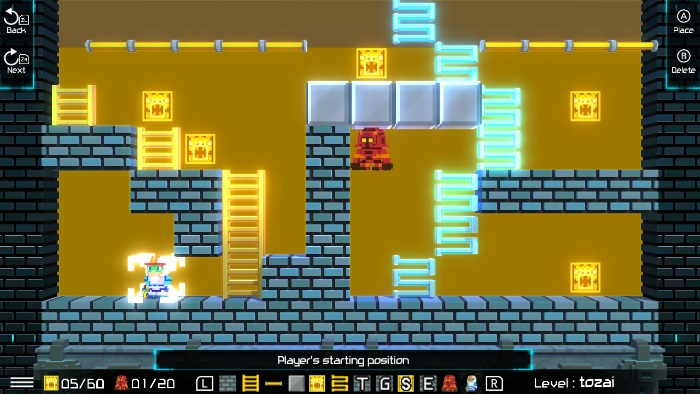 Disclaimer
This Lode Runner Legacy review is based on a Nintendo Switch copy provided by Tozai games.

PLANET ALPHA Out On September 4