Immortal Redneck from Spanish indie studio Crema is a fun roguelite first-person shooter on Nintendo Switch that is a lot of fun. Learn more about it in our Immortal Redneck review!


In Immortal Redneck you take control of the titular redneck who, while out traveling in the Egypt, has an accident that leaves him in a near-death situation. He is, for some reason, mummified, and this seems to make him immortal. Whenever he dies, he revives inside of a sarcophagus in the middle of the desert, in the center of a location with three pyramids that are packed with deadly enemies that will attack you from above and below since, you know, you decided to enter what is basically their home. Each time you do a run you will get to experience a procedurally generated pyramid, so no two runs will ever be exactly the same.

When you begin your first run, you will get to run through a short tutorial section where you will learn that you can move with the left analog stick and look around with the right analog stick. You can also jump with the B button (and you can eventually double jump if you unlock the double jump ability), and run before you take a jump to increase the distance you can clear. You can also use the A button to activate your special skill, which can change the tide of battle when used at the right place at the right time. The ZR button is for shooting, as is to be expected of a first-person release. 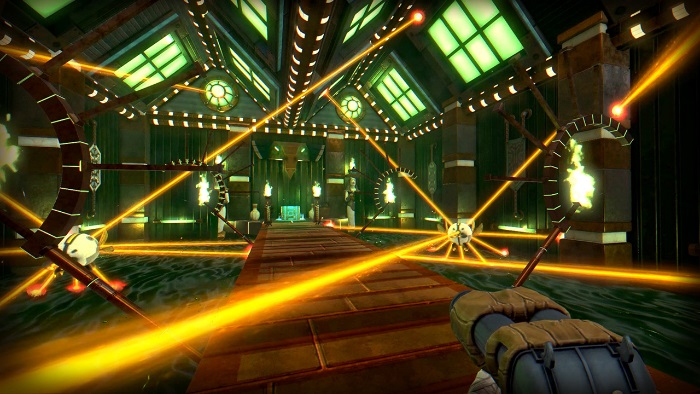 The game also includes motion controls for you to aim and shoot your way out of dangerous scenarios, which you can enjoy when playing either at home or on the go. Playing in Docked or Tabletop Mode will have you using one Joy-Con in each hand, or you can use the Nintendo Switch Pro Controller. They work great and are very responsive, but if you’re not a fan of motion controls you can go into the options menu and remove them from play so that you can play this one like we used to back in the day. 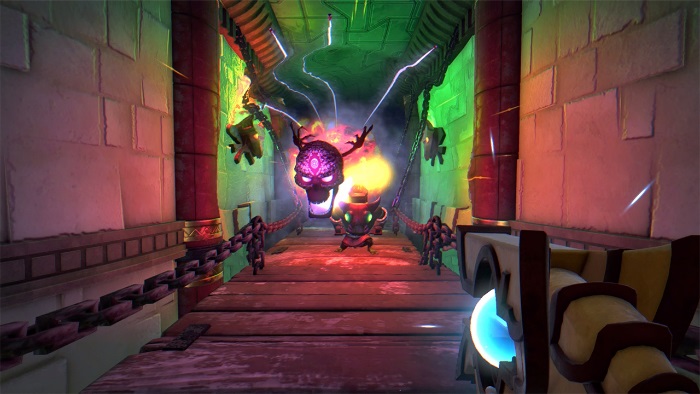 At first, you only have access to the first pyramid, and you have to get to the top of the pyramid and defeat the bosses in your way of gaining access to the other two pyramids. The first layer of the pyramid is the biggest of the three since, as happens with real-life pyramids, the base is wider than the top. As you defeat enemies, they will sometimes drop ammo boxes which grant you ammo for all of your weapons, pieces of meat so that you can recover your health or gold pieces. Ammo is the most important of the three during your time inside each pyramid since the ammo in your weapons is very limited when you consider the great number of enemies you’ll have to defeat in each room you visit.


Once you die, and trust me you’ll die a lot, you’ll be sent back to the sarcophagus in the middle of the desert, and can then use the gold you have collected to improve your character. This is why the game is a roguelite and not a roguelike since you can make a bit of progress here and there with every new run you do. Gold can be used to improve your attack, defense, health, critical hit percentage and more. As you improve said stats, you will also unlock the extra classes for your character with each one having a different set of skills as well as different starting weapons. 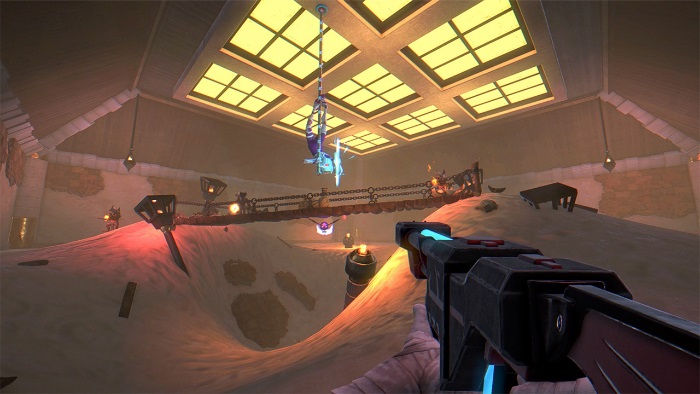 You’ll get to pay to unlock a merchant, and you can then purchase the chance to get a scroll when you start a new run, a better quality scroll, or for the pyramid you’re about to visit to have the same layout as the one you died in, but with all the gold gone. You can also get blueprints in the pyramids to buy special perks with the merchant that can greatly help you overcome the dangers in the pyramid. Between the merchant and the upgrades in your skill tree, you’ll eventually be powerful enough to make short work of the enemies and the boss in the first pyramid, which means you’ll be ready for taking on the second pyramid and, eventually, on the third one. You should always spend all the gold you have because any gold on you will be paid as an entry fee for the pyramids. 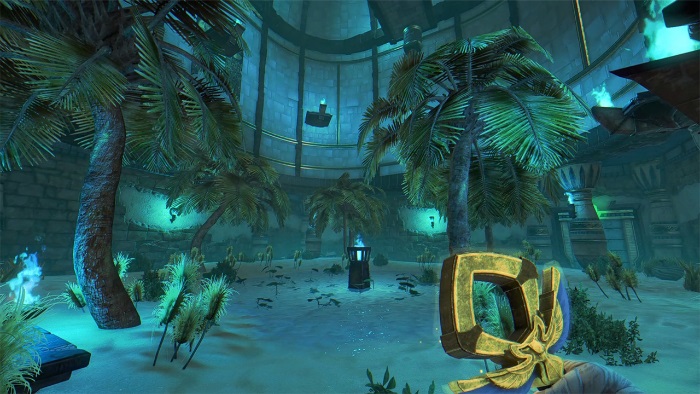 Going back to scrolls, these are found inside of treasure chests or on rare are sometimes randomly dropped by enemies, and they add in-game modifications to your current run. There are more than 100 scrolls for you to find, and they include good things such as changing your current weapon loadout for three new random weapons, increasing your damage output but lowering the total ammo for each weapon, lowering the enemies’ defense, as well as bad things such as reducing your speed, to name a few examples. 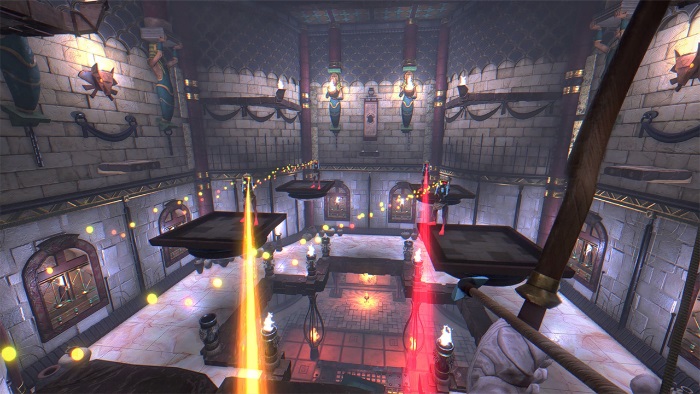 Immortal Redneck is a very fun roguelite first-person shooter on Nintendo Switch that you should check out. It’s very entertaining, has a lot of content for you to enjoy this procedurally generated release. The game is very addictive, and every time you die you are left with that “just one more run” feeling that is always very fun. During my time playing the game for this review, one night I thought I had played the game for around 30 minutes or so, but when I checked my watch, I realized it was 1:30 a.m. It turns out I had been playing for a couple of hours non-stop!

Disclaimer
This Immortal Redneck review is based on a Nintendo Switch copy provided by Crema.