You play as a knight who has been petrified (turned to stone) by an evil sorcerer. You take on this adventure through action/platformer gameplay mechanics with challenging combat due to the fact that, as I mentioned, you have been turned into stone, so your health will slowly drain because of this curse. You, therefore, need to keep your health bar topped up by collecting items that look like fireballs, and you can also break barrels and crates to get health pick-ups. 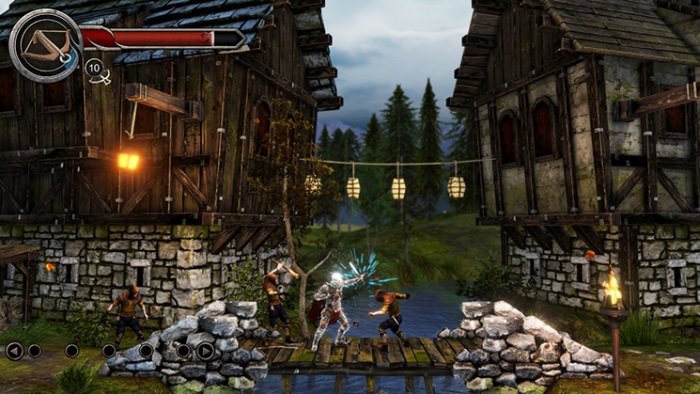 Unlike traditional platformers, you can collect weapons from enemies that you can use to your advantage. If, for example, an enemy is standing below a lantern that is hanging from a rope, having a bow with you allows you to shoot it to send the lantern down and burn that enemy. There are other moments like this you will run into as you play Castle of Heart, so always be sure to make the most of the weapons you gain access to! 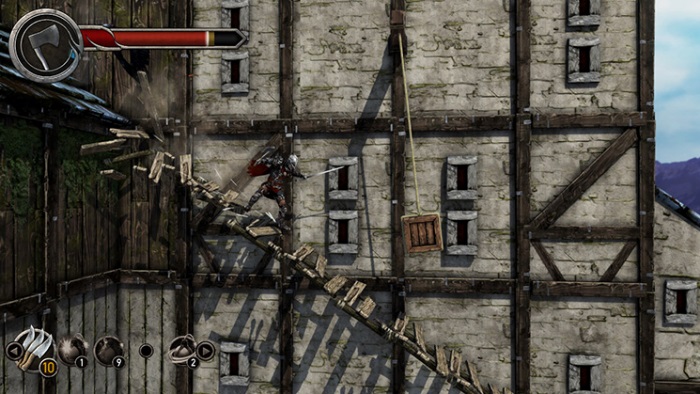 The game’s levels are longer than the stages you’d usually find in a platformer, which is why it’s great that the checkpoint system is very generous. You can see a fire light up when you have reached a checkpoint, saving your progress in-game up to that point. This does not mean you can quit a stage right then and there and come back to it, but thanks to the Nintendo Switch’s sleep function, you can put the console into sleep mode and then come back to it later. 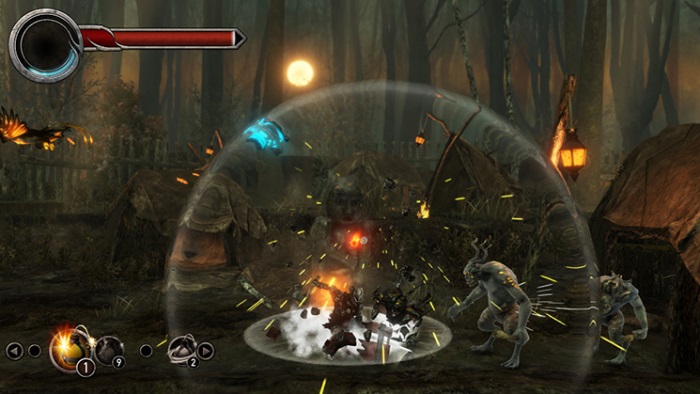 For a platformer, 20 levels may sound like this was a short game, but the game’s overall challenge and the size of each stage make this a chunky action platformer that will take you several hours to complete. This is even more apparent when you take on boss battles which are the biggest challenge in the game, so if you feel the burn, be sure to check the settings so that you see if Easy is better for you than Hard since there’s nothing in between those two. 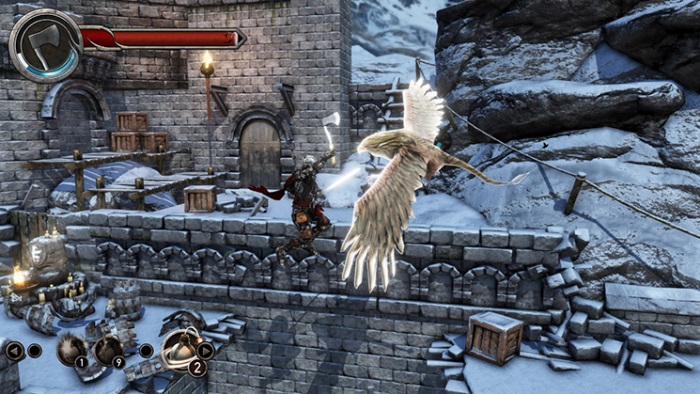 Going back to boss battles for a bit, these will require some trial and error on your end so that you can learn their movement and attack patterns with every time you take a shot at defeating them. As I mentioned before, bosses are a very challenging part of the game, and beating them will leave you feeling great. It took me four tries to defeat the first boss in the game, but once I managed to defeat it I felt as if I had just beaten the game! 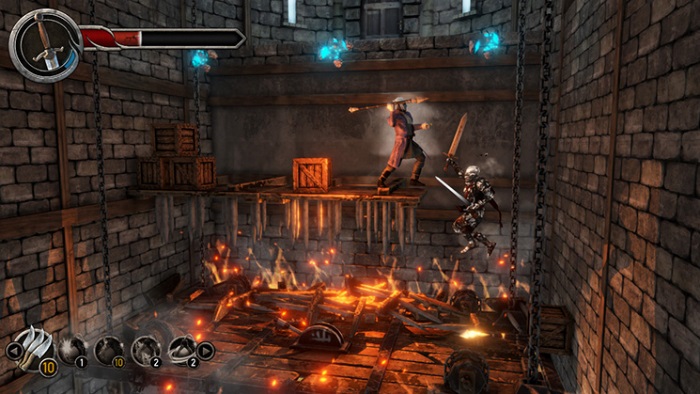 There were some moments during my time with the game where there I experienced some minor input lag, which ended up messing things up for me during some of the auto-scrolling sections, leading to some cheap deaths. It’s not a deal-breaker since it didn’t happen a lot, but I do hope the team works a bit more on the game to try and get rid of this issue by way of a patch. 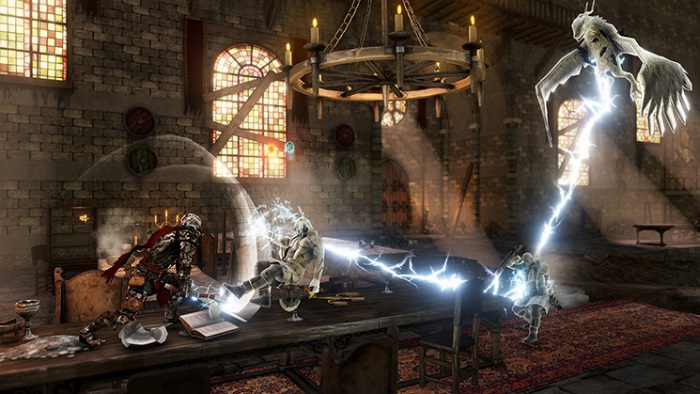 Castle of Heart is an entertaining action platformer that has been released exclusively for the Nintendo Switch. The graphics are good, and there’s minimal voice acting, which is understandable for an indie release since voice acting would considerably raise the cost of releasing a video game. I liked being able to get weapons from enemies since this helped me to get through some sticky situations, especially when I used the environments to defeat enemies.

Disclaimer
This Castle of Heart review is based on a Nintendo Switch copy provide by 7levels.