Capcom unveiled the Resident Evil 2: Collector’s Edition during the 2018 San Diego Comic Con. Come check out what you can get from this Gamestop exclusive release! 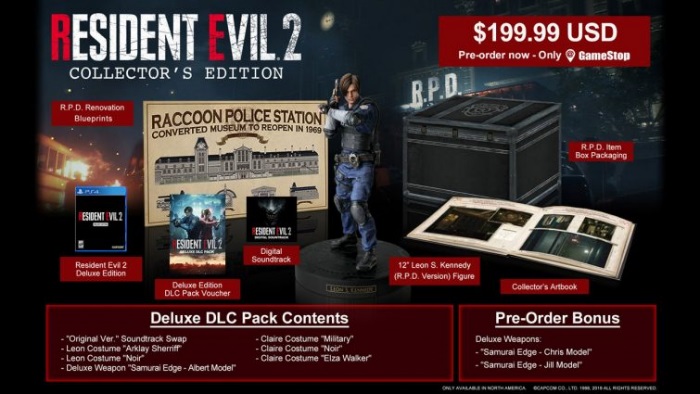 Full Game
Special Deluxe Packaging
Extra DLC Pack Card
Give Leon and Claire a new look or a blast from the past with unique costumes:

“Original Version” Soundtrack Swap
Leon S. Kennedy (R.P.D. Version) Figure
An expertly-crafted 12-inch figure of Leon on his first day in his new RPD police uniform, re-created to mirror his in-game design down to the smallest details. A must-have for any Resident Evil fan or collector!

“Ben’s File” Art Book
A 32-page book left behind by Ben Bertolucci, a freelance journalist who makes an appearance in Resident Evil 2. This file contains photos and files documenting events after the Raccoon City tragedy, and was filed away as a highly confidential document by the U.S. government. It’s never been seen by the public… until now.

Digital Soundtrack
A voucher code for a 25-track album featuring new songs from the remake of Resident Evil 2, as well as a selection of arrangements from the original game.

“R.P.D.” Renovation Design Poster
A diagram reminiscent of blueprints, this poster illustrates how the building was renovated and transformed from a museum to a police facility when work was being done on the building in 1969. 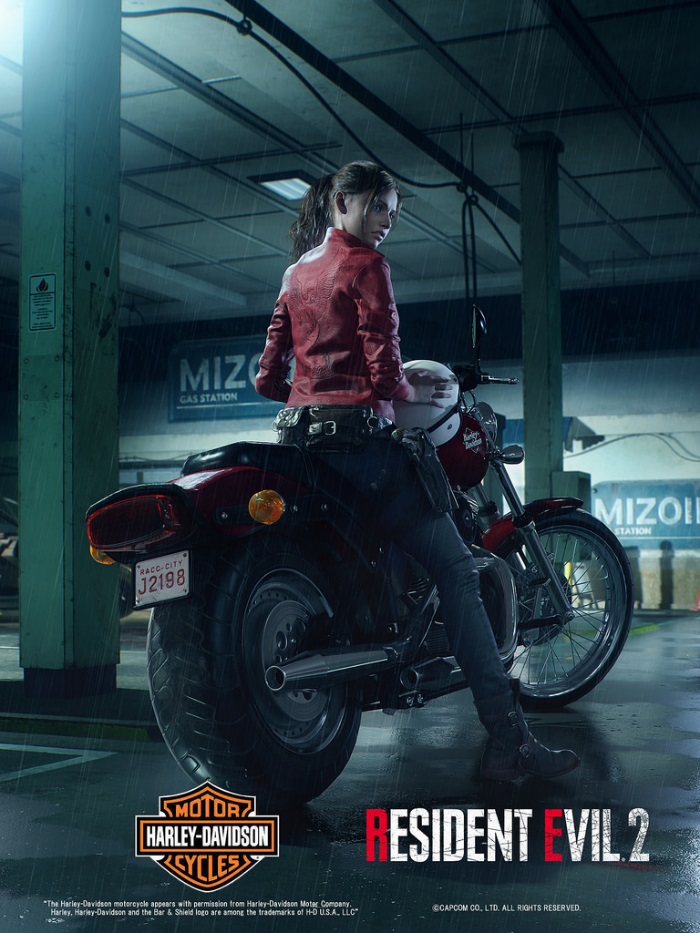 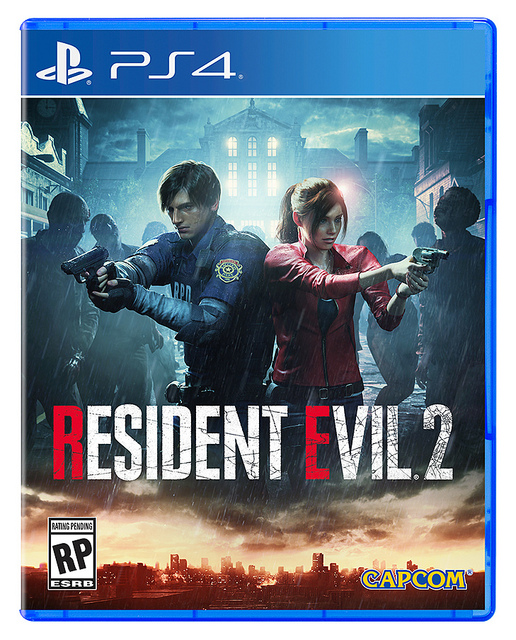