Tempest 4000 is a new release from Atari on the PlayStation 4 that you should definitely check out. Find out why in our Tempest 4000 review!


Game designer Jeff Minter, he of Llamasoft and Tempest 2000 fame, is back on consoles after releasing Polybius a couple of years ago for the PlayStation 4 (with PS VR support), and it is to give us Tempest 4000! The original tempest released over three decades ago, so for those who have never played a Tempest game before, you take control of a claw-like vessel as you shoot down tunnel-like levels to defeat enemies and destroy obstacles as you try to stay alive and achieve the highest score possible. 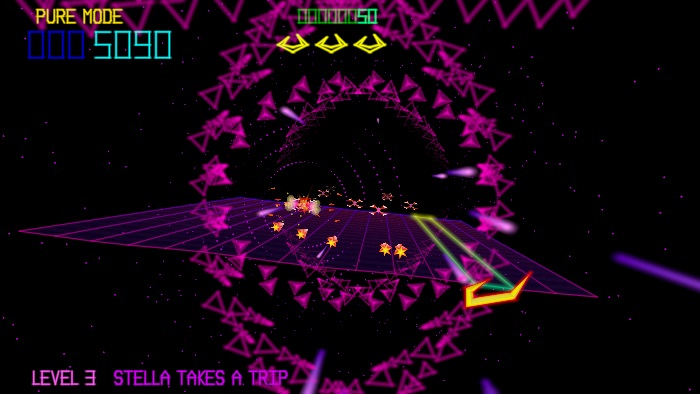 As for the game’s controls, you use the left analog stick or the D-Pad to move and steer. The X button is used to fire, and you can hold down on the button for a constant attack burst. You’ll eventually be able to jump once said function is enabled in-game, and you can do so with the R1 or R2 buttons. The Circle button is for your Superzapper, and you need to be careful since you only get one of those per level. That’s all you need to worry about! 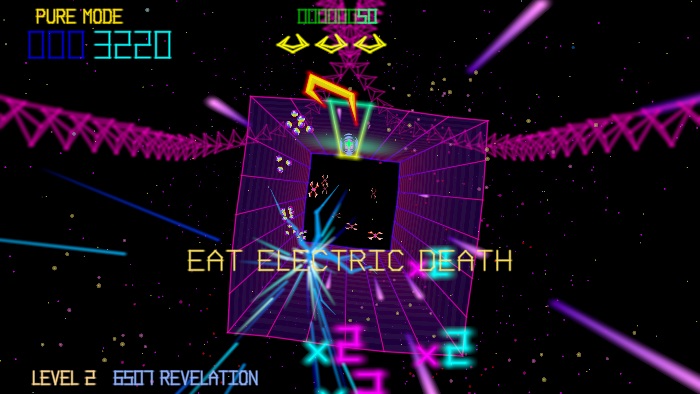 Each stage features a structure with several lanes over which enemies will move around. You can shoot with the claw down each lane, but moving too fast will make you miss some of the lanes which is dangerous since enemies are fast and can end up reaching you in a couple of seconds. Enemies can also shoot at you, and one hit is all it takes to kill you. If an enemy captures you there is still some hope as long as you still have a Superzapper bomb to use to free, also destroying all other enemies on the screen while you’re at it. As you defeat enemies in each stage, some of them will drop power-ups for you. These include things such as the aforementioned jump ability, a powerful particle laser, bonus points, a score multiplier, a 1up, or an AI drone to help you destroy enemies. 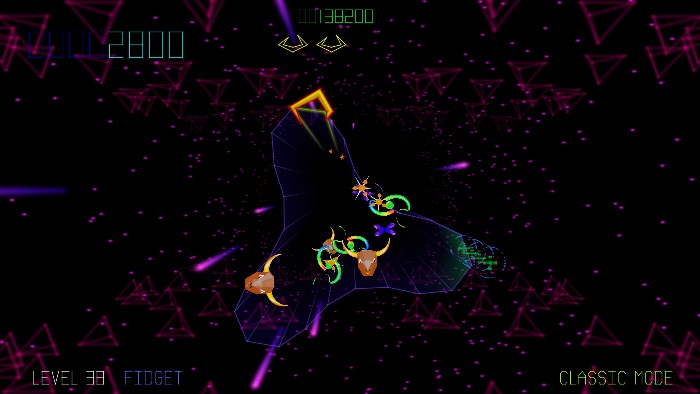 When you beat a stage you will enter a short bonus round during which you must steer a light through space by using inverted controls, as if you were flying an airplane of sorts, and you’ll need to keep the light within the center of each of the floating structures in order to get some bonus points for your effort. When you get a game over, which will happen a lot in this arcade release, you will be able to start back at the last stage you reached, as long as you select said stage from the menu when you do a new run… as long as you’re not playing on Survival (see how far you can reach in a single run with nine lives) or in Pure mode (only three lives for you). 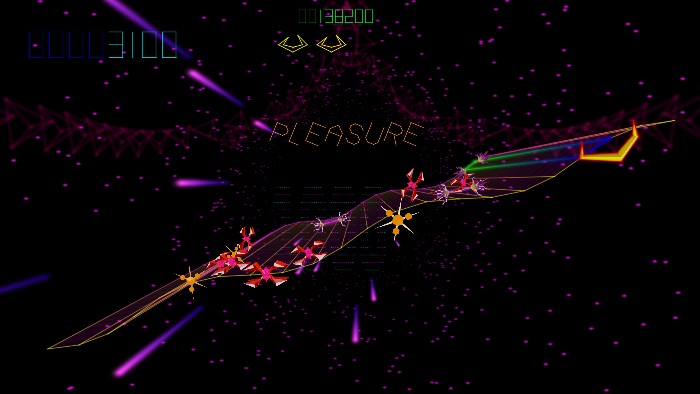 The game includes a full trophy list with a Platinum trophy at the end of the road, with objectives such as reaching level 16, reaching level 51, maxing out the lives counter, finishing a Rings Bonus round, getting the ANGEL bonus power-up, getting 5 or more hearts during warpout, finishing one Path Bonus round, and getting to certain stages while playing in pure mode. 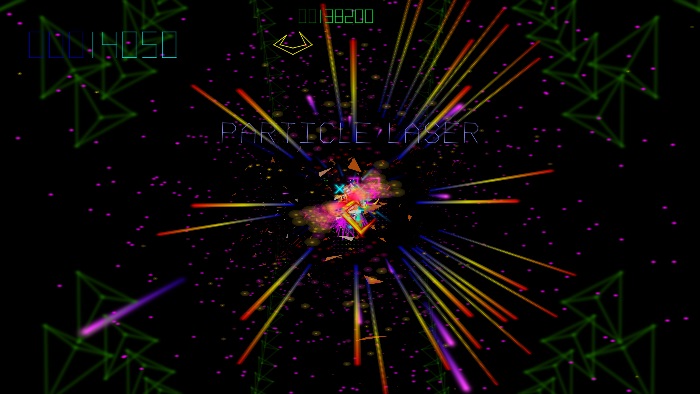 Tempest 4000 is a fun and highly addictive arcade-style release that is now up for grabs on PlayStation 4. The simple gameplay mechanics, fast-paced action and tripped-out visuals will keep you engaged until the end as you make your way through the hundred stages on offer. Can you make it to the final stage?

Disclaimer
This Tempest 4000 review is based on a PlayStation 4 copy provided by Atari.

Anamorphine Out Today On PS4