Take charge of operations on the legendary islands of the Muertes archipelago and bring the wonder, majesty and danger of dinosaurs to life. Build for Science, Entertainment or Security interests in an uncertain world where life always finds a way.

As you begin you’ll be on an empty island, and the game starts right away with the gameplay. I was surprised to realize that I was only a minute into the game and I was already building new structures! I loved how the game holds our hands discretely, so it doesn’t feel like we’re stuck in a stiff canvas, and we can build parks using our wildest imagination as long as we understand which structures are needed to respond to a specific problem. It isn’t mentioned directly, but the first island felt like a light tutorial, and while you get various side missions that award money once you complete them, you’ll unlock the next island once enough story-related missions are completed. Completing those missions is mandatory for the game’s progression, and also awards a lot of cash, which speeds up the game flow.

Creating the different buildings needed to run the park is great, but we’re not playing a Jurassic World game only to build structures… we want dinosaurs! Thanks to the Expedition Center, you can send virtual teams of people around the globe to recover the genome of different dinosaurs species – and there is a lot to uncover! As you dig the different harvesting spots, you’ll discover more DNA of said dinosaurs. As soon as you find at least 50% of the genome of a dinosaur, you can try to hatch one in the Hammond Creation Lab (having a success rate of the percent of genome discovered). Expeditions also recover “useless” fossils which can be sold for money, and since you have a theme park to run, you’ll need a lot of money! 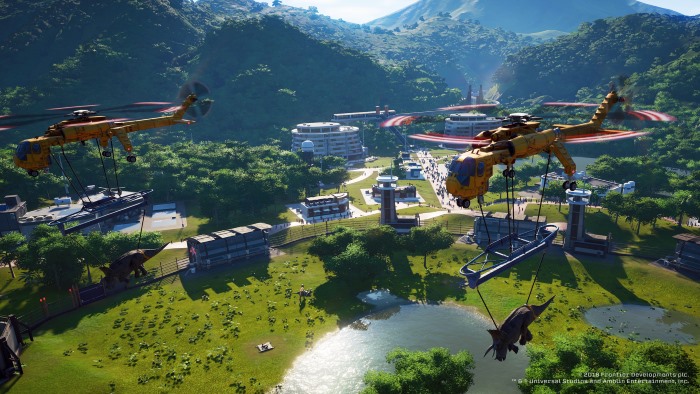 Launching expeditions and hatching new dinosaurs species is all fun and games (and honestly quite spectacular), but you’ll then run into the inevitable: hatching a carnivorous dinosaur that WILL eat all the herbivores you’ve been creating, in a matter of minutes! Since that would leave you without many dinosaurs, less visitors will be attracted to the park, and the park’s monthly revenue will most likely fall into a deficit! Although this felt harsh at first, it helped me discover how I could play with the different attractions to change my deficit into a small profit, and that I needed more than one enclosure on my park. I could also put the dinosaurs to sleep and move them to another enclosure of the park to separate herbivore and carnivorous dinosaurs. 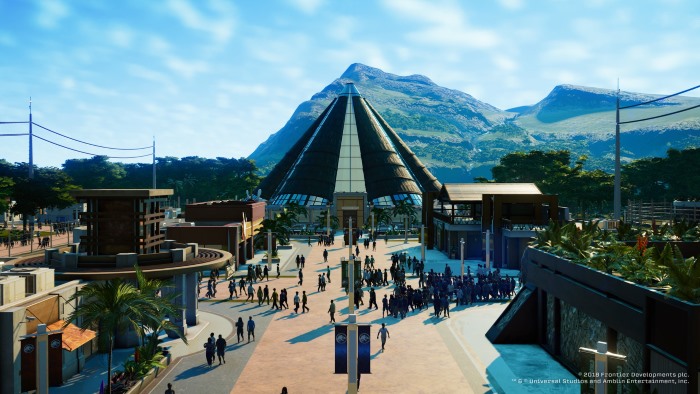 At the incubation center, there’s a really neat function with which you can edit parts of the DNA segments of the different dinosaurs by mixing DNA segments with that from other species the expeditions found. It’s really easy to do, and the perks for doing so are clearly explained, which adds an extra function you can use to spice things up.


Once I understood how to make my park better for visitors, and after I got more dinosaurs (which was slow at first, but the pace eventually picked up), I lost track of time. The first evening I played Jurassic World Evolution, I checked the clock two times: the first time it was early in the evening, and then the second time I looked up the hour, it was one full hour after my regular bedtime. As you can imagine, I was completely hooked! 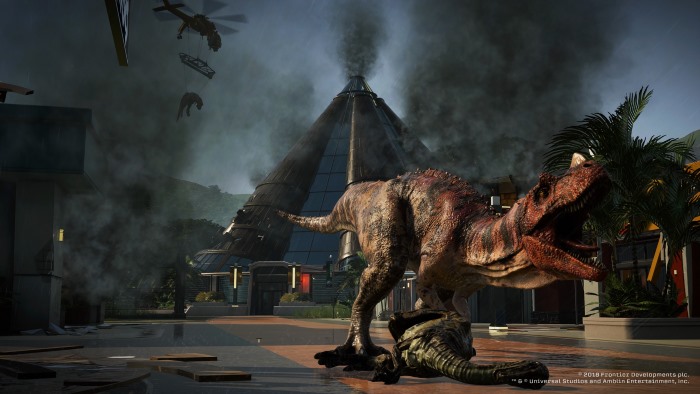 As for the game presentation, Jurassic World Evolution is a great looking game. The dinosaurs are rendered in high definition and feel realistic, and their behavior is also credible and makes them feel like those in the movies. I loved the animations for when a new structure is built, and the animation from when a dinosaur is freed from its enclosure. The soundtrack contains original Jurassic Park and Jurassic World melodies, and the voice talents of Dr. Ian Malcolm (Jeff Goldblum), Claire Dearing (Bryce Dallas Howard), and Owen Grady (Chris Pratt) are also here. 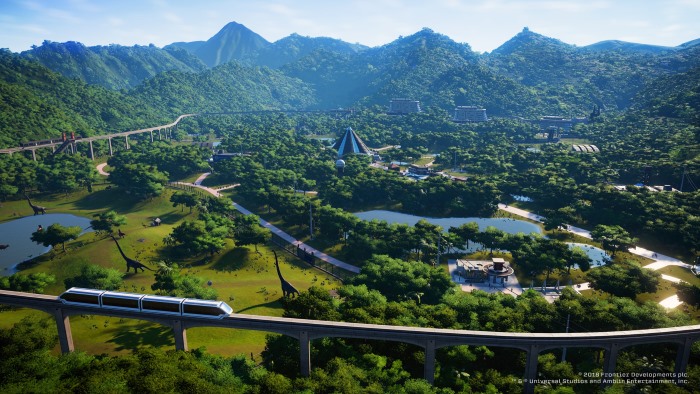 Final Thoughts
As you can tell from my review, I loved crafting my own Jurassic World parks and hatching the many dinosaurs in the game. My kids were also amazed by the dinosaurs I was creating from the genome my expeditions found. The presentation of this game is top-notch, and includes many different easy to understand mini-games that will help you make your park better. I definitively recommend you to try this game on PlayStation 4!

Disclaimer
This Jurassic World Evolution review is based on a PlayStation 4 code provided by Frontier Developments.