[Beyond PlayStation] The Adventures of Elena Temple Review


In The Adventures of Elena Temple you play as the titular female character in a retro-inspired monochromatic 2D platforming adventure in which you must explore an ancient temple with mighty treasure to collect. As you take on each single-screen room, you’ll need to make the most of your trusty pistol and its two bullets so that you can defeat the deadly enemies in your path as well as open new routes to explore. Yes, you did read that correctly: your gun only has two bullets, so you need to make every shot count! Sure, there is more ammo to be found in each screen, but it’s sometimes out of reach or being guarded by an enemy or hazard, so you’ll first need to use your bullets to get more bullets to clear each screen of all enemies as you make your way towards the treasure coins. 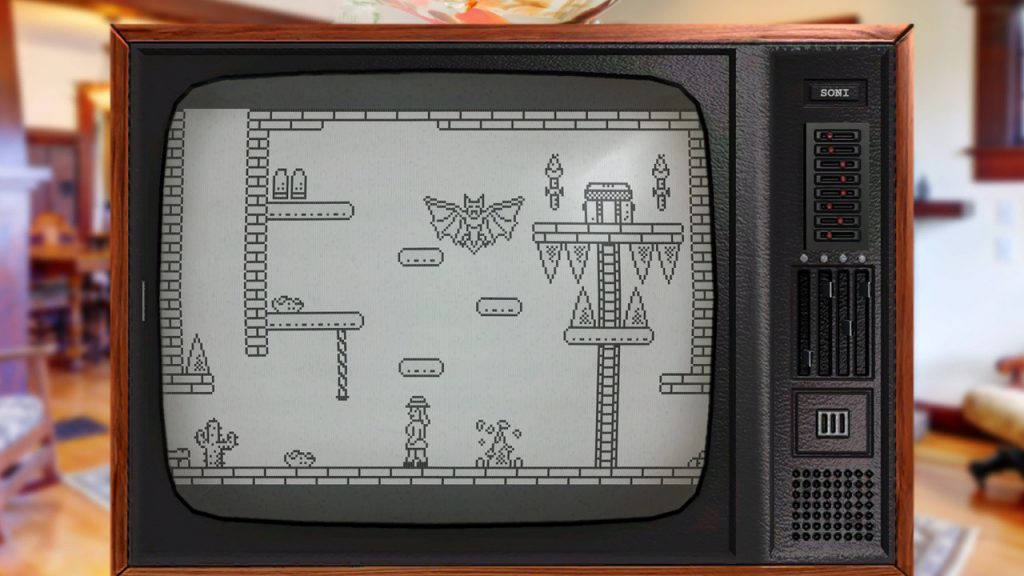 You’ll need to find some buttons here and there to press them so that you can, say, lower a hanging platform that can allow you to reach a new spot, or to make a platform move from side to side so that you can avoid some spikes to collect a coin or two. Everything is simple and to the point, just like the games that we used to play way back in the day. You run, you jump, you shoot, you collect stuff, and you repeat the cycle as needed. 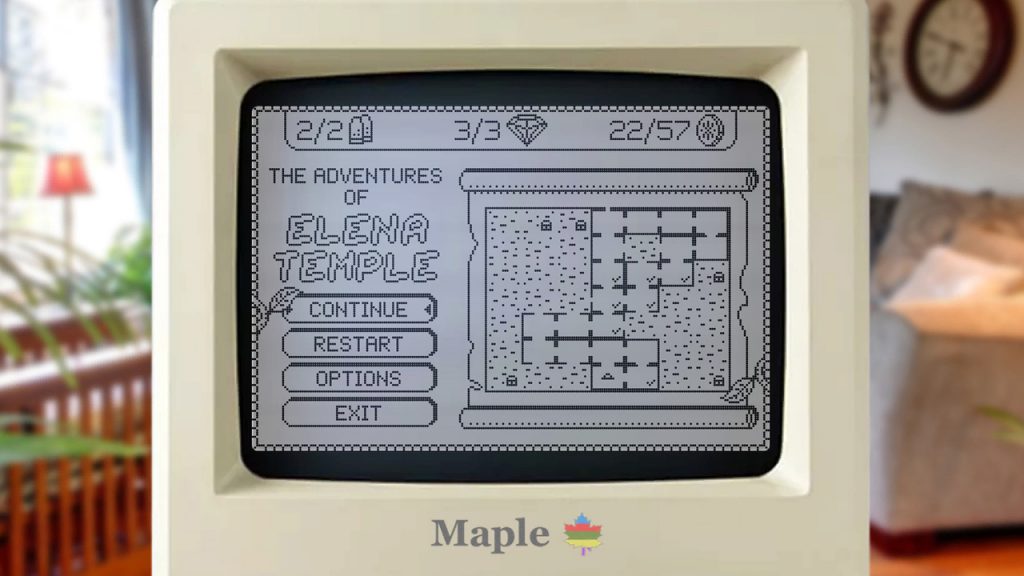 You can apply some old-school looking skins to the game so that you can make this one look as if it was made for some of the classic monochromatic video game systems of ages past. You’ll find skins for the beloved Pomo D’or 4, the Maple, the Some Toy or the NS-Bos PC, to name a few. All in all, you’re looking at seven virtual reproductions of some of the best video game systems ever, which makes this one a must-have for die-hard collectors who want to own a virtual piece of history. 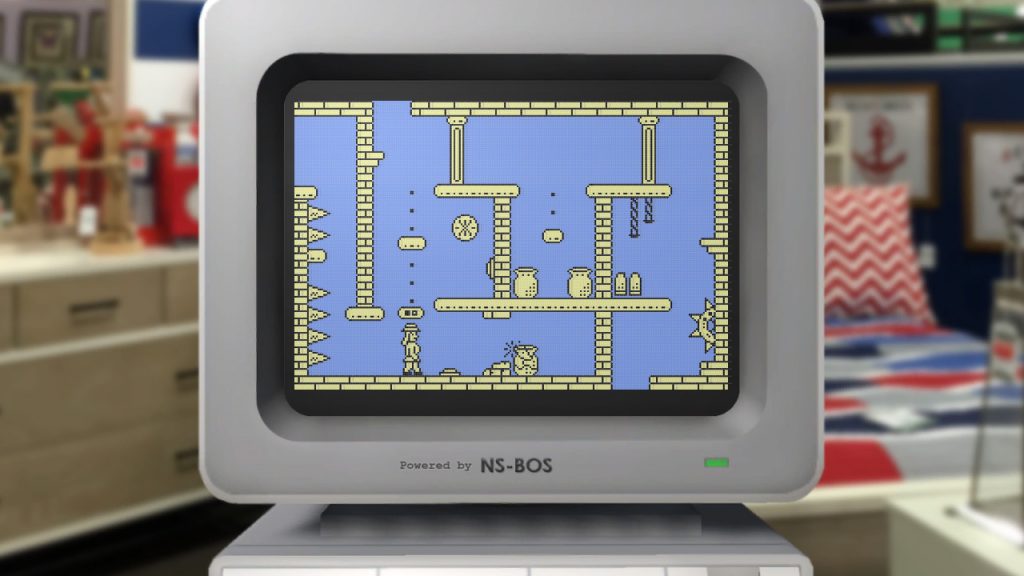 You won’t ever feel lost in this one as you use the included – and very handy – map to see where you are and where you need to go. The map will be very useful as you try to find the secret scrolls in the more than 50 rooms that the game has to offer. Can you find all the secrets, collect all the gems and coins, and escape from the deadly temple in this great homage to our gaming childhood? 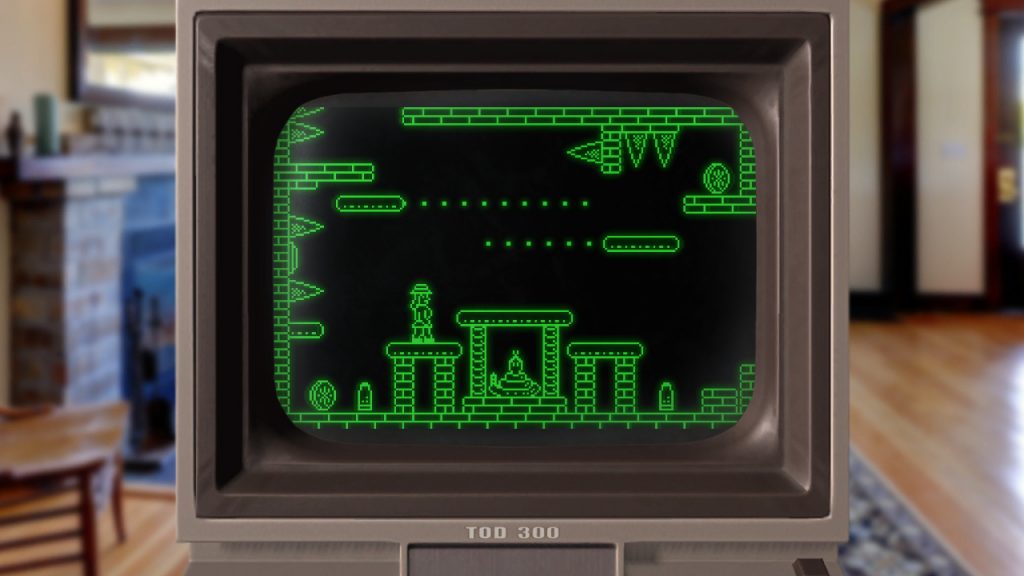 The game has now received a chunky update that adds a lot of new stuff. With version 1.1 you now get a stats screen to provide you with valuable info on your run, such as how long you’ve been playing, how many times you’ve died, the coins you’ve collected, the scrolls you’ve found, the rooms you’ve completed, the times you’ve shot your gun and the number of enemies you’ve defeated. You also now get a save icon so that you can know when the game is saving your progress, as well as a bunch of bug fixes and gameplay tweaks for an overall better experience. 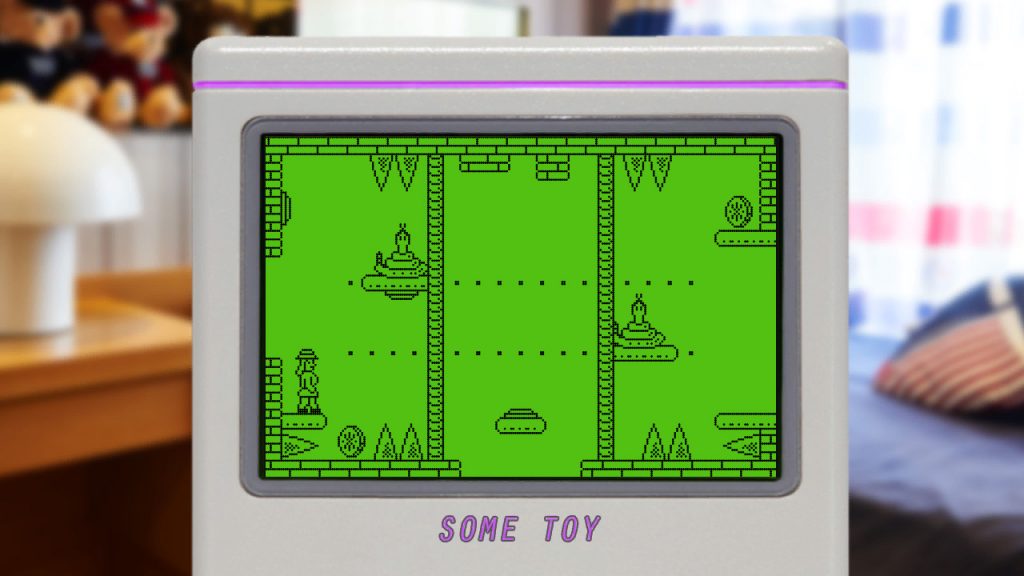 The Adventures of Elena Temple is a minimalist 2D action platformer that takes us back to a time when games where more simple… and we liked it that way! The different classic console skins you can use to play the game add a ton of nostalgia to the mix, and the tight gameplay mechanics make this one a fun and short game to play at home or on the go that is very easy to recommend.

Disclaimer
This The Adventures of Elena Temple review is based on a Nintendo Switch copy provided by GrimTalin.