Garage from Zombie Dynamics and tinyBuild Games is an homage to 1980s B-movies, now available on Nintendo Switch. Learn more about it in our Garage review!


Garage at its core is a twin-stick top-down shooter in which you take on the role of Butch, a low-life drug dealer who, for some reason, finds himself inside of the trunk of a car that has just crashed in a very bad spot at a very bad time. The first couple of chapters act as a tutorial in which you’ll learn the basics of the game, and so that you can get used to the way the game keeps new areas in the dark until you enter them so that you’re always guessing what type of challenge you’ll be facing with every new step you take. 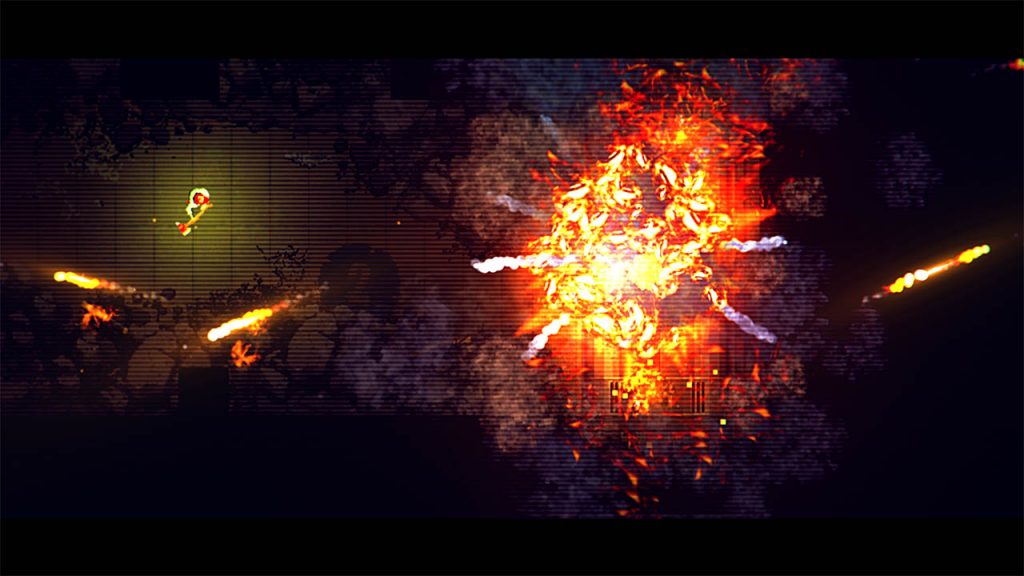 This being a twin-stick shooter, you’ll move with the left analog stick and aim with the right one. Your primary attack (which at first is just your fists) is mapped to the ZR button, while your secondary attack (a kick) is set to the ZL button. You can also dodge with the L button for a bit until you get tired and have to slowdown for a couple of seconds to recover. You can pick up medkits with the A button and use them with the X button to quickly recover your health, and you can also eat the food you find to recover a bit of your health. Once you find some proper weapons, you’ll be able to cycle through them with the R button, or by pressing left and right on the D-Pad. 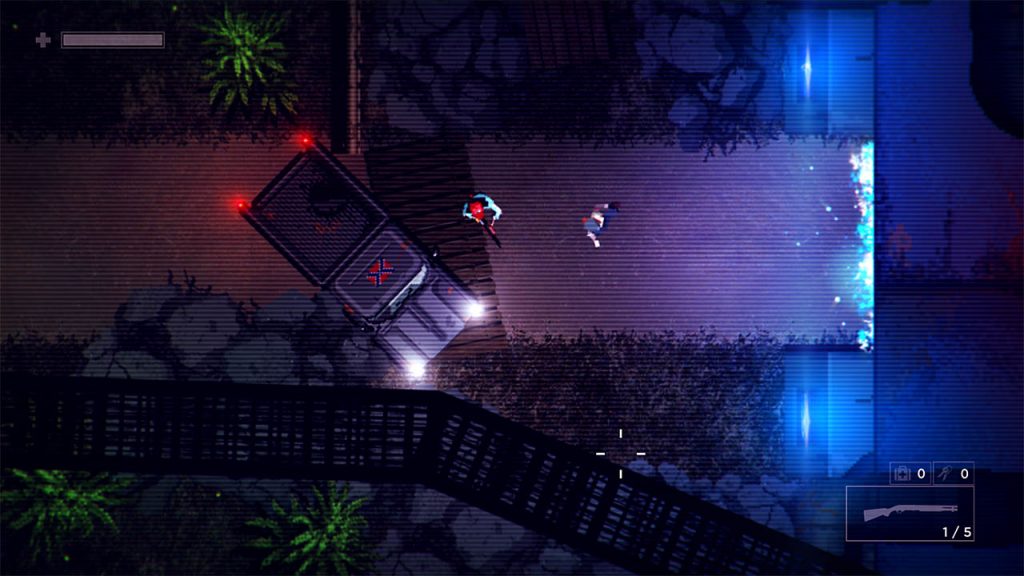 Using your fists and legs to attack enemies will almost certainly guarantee that you’ll get hit once or twice during the exchange, so be sure to always have a medkit handy or know where the snacks are so that you can quickly recover some of your lost health. You need to remember that vending machines can and should be destroyed so that you can grab the snack inside of them. Once you find an axe you’ll be able to always be ready for the zombies by holding down the ZR button to prepare your axe swing to unleash a devastating blow that will one-kill a zombie…. but since by the time you get the axe they will be coming at you in groups, you better get ready to walk backwards as you charge another power attack or else you’ll be trading blows with the zombies up close.


At first you’ll only face against nasty disease-ridden rats and the odd zombie-like former human here and there, but you’ll soon start to find bigger rats that take a beating and can kill you in a few bites, as well as humans with automatic assault weapons that can tear you to pieces if you walk into a room without being prepared. The bosses in the game are also big, grotesque and nightmare inducing and you’ll fight everything from an oversized boil infested chef to a zombie centipede that will rush all around the room as it tries to damage you over and over again. 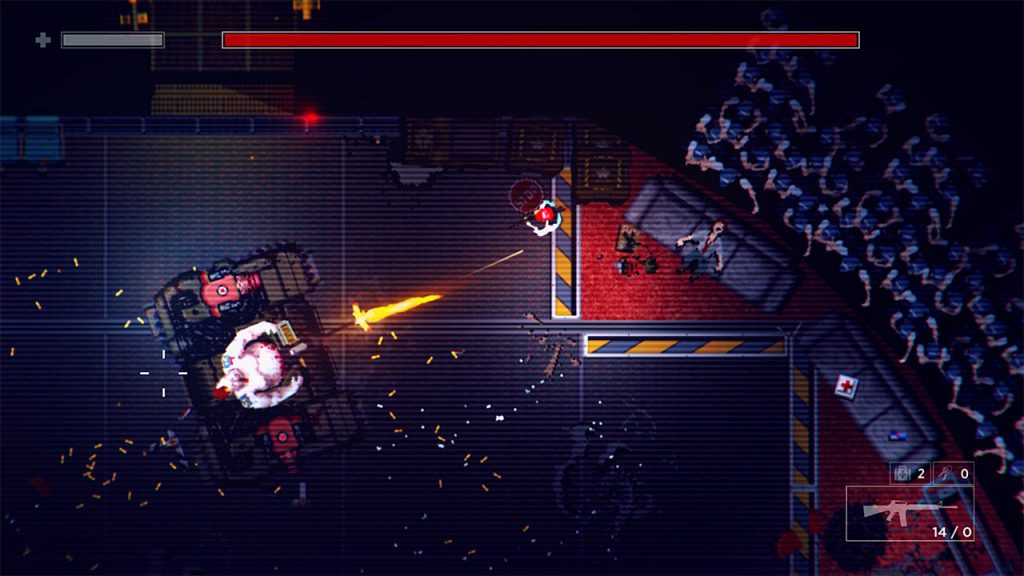 You will die in this one… a lot. Even when playing on Easy, enemies deal considerable damage, and once humans start to hunt you down as well with their shotguns and machine guns, you can be dead in a couple of seconds. Luckily the game autosaves as you progress through each chapter, so worst case scenario is that when you die you will respawn either a few seconds from where you died or you will have lost a minute at most. 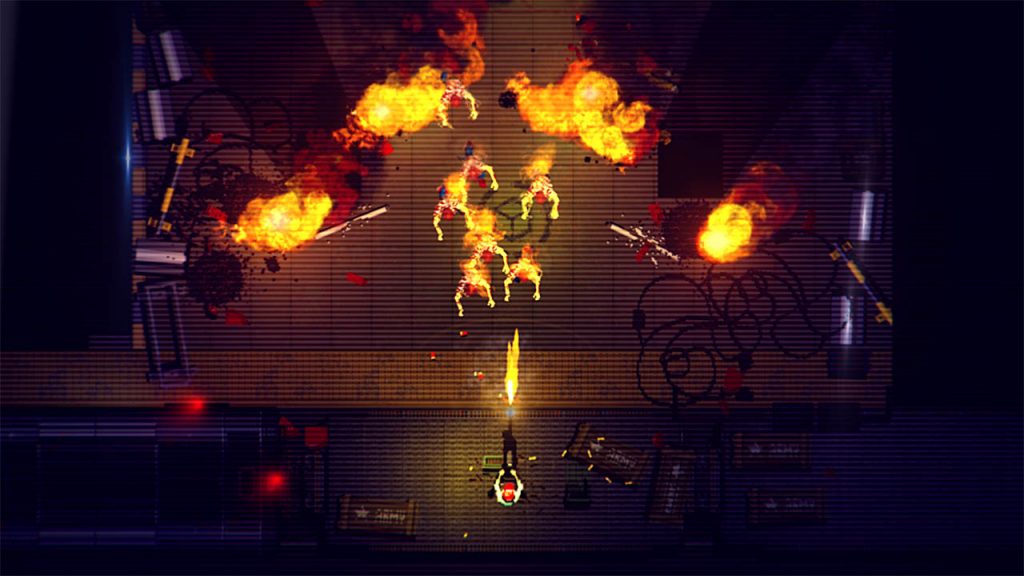 Garage is a nice homage to the B-movies of the 1980s, with some top-down action that is not as over the top as other entries in the genre (think Hotline Miami). I had fun during my time with the game, and hopefully you’ll give this one a change on Nintendo Switch. 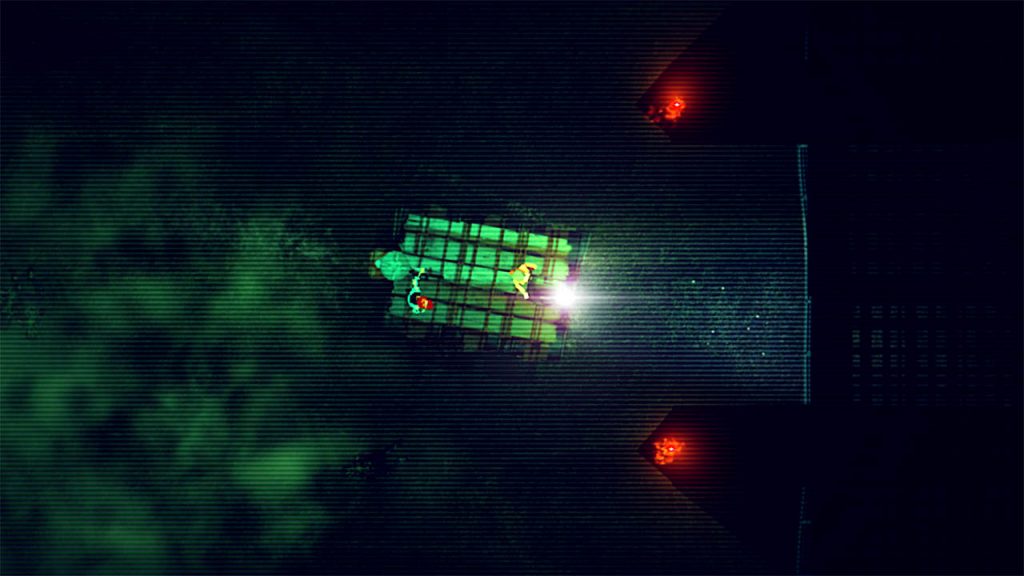 Disclaimer
This Garage review is based on a Nintendo Switch copy provided by tinyBuild.