FRAMED Collection from Loveshack Entertainment and Surprise Attack is a compilation of both games in a single download. Learn more about this clever puzzle series in our FRAMED Collection review!


FRAMED Collection, as the name suggests, is a compilation of FRAMED and FRAMED 2, a pair of noir-style puzzle games that were originally released on mobile. The basic gameplay mechanic involves rearranging comic book panels, or frames, so that you can escape from the police during each scene. There will be a lot of trial and error during your time with both games, since you will certainly get a sequence or two wrong, so you’ll need to rearrange the frames and try it again until you find the right combination that keeps you alive and well. 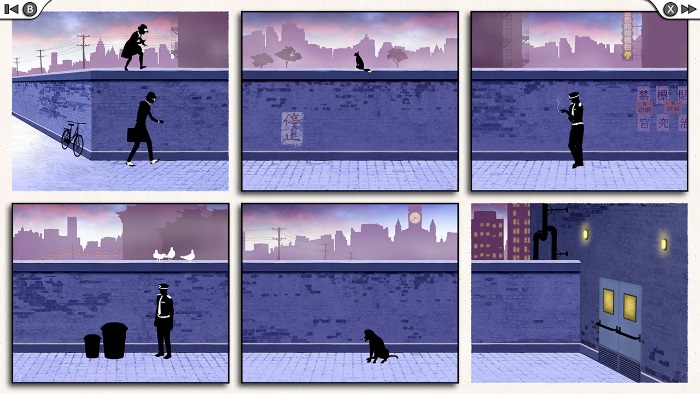 For example, and to keep this as spoiler free as possible, during an early sequence in one of the games you will end up jumping through a window and sliding down a telephone wire as a cop takes aim at you. If you don’t do anything and leave the sequence as is, you will be shot and will fall to your death. But with one simple change by moving the middle right frame to the left, a pigeon will fly from the wire and end up blocking the field of vision of the cop, thus allowing you to live. 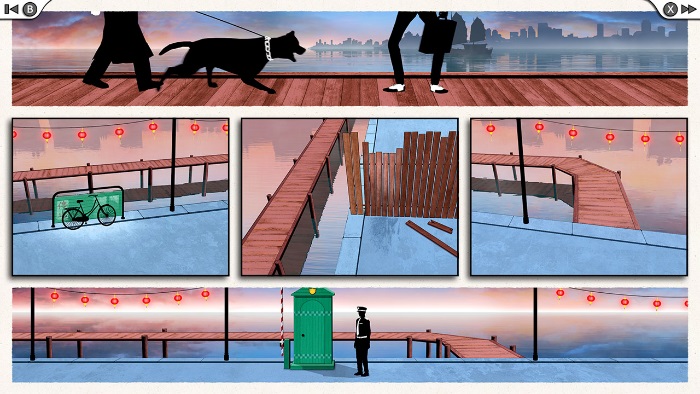 You can control the game either with the left analog stick or the D-Pad and the A button to select the frames you want to activate, or you can also use the Switch’s touchscreen when playing in Portable or Tabletop mode. I played the game using both input methods, and I do have to say that I favor the physical buttons inputs since they felt more precise, especially when trying to reuse frames while the action was going on since there seemed to be a very slight delay with the touchscreen.


At first you can only move frames around so that you can set the order on which a scenario unfolds, but later on you’ll also be able to rotate specific panels to open up new paths. Once your character has gone through that panel then you can’t use it again in a sequence… until you run into reusable frames. You will spot these since they will flash with a short animation that “refreshes” the panel, and thanks to this you can take on some very clever patterns that you can’t take advantage of with regular frames. 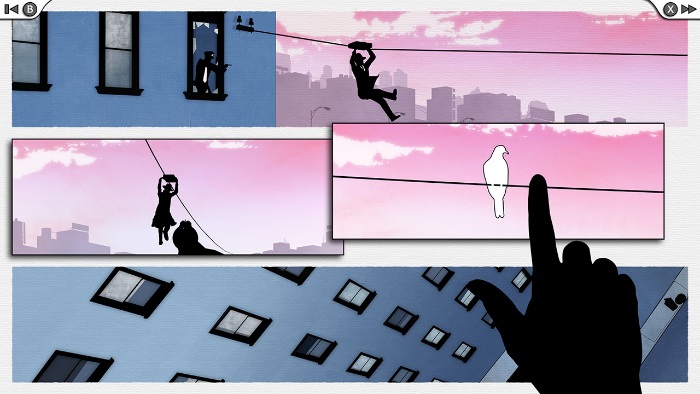 The game’s minimalist but colorful and charming look, the smooth animations of the characters, the jazzy soundtrack and the clever puzzle designs make this one a very fun experience from start to finish. Each game should take you, based on your skill with puzzle games, roughly 2 hours or so, give or take a few minutes. The collection is available for $9.99, which is similar to the price of buying both games separately on the iOS store for mobile. I definitely recommend that you get FRAMED Collection on Nintendo Switch since I’m sure you’re going to love its puzzles and noir look and feel! 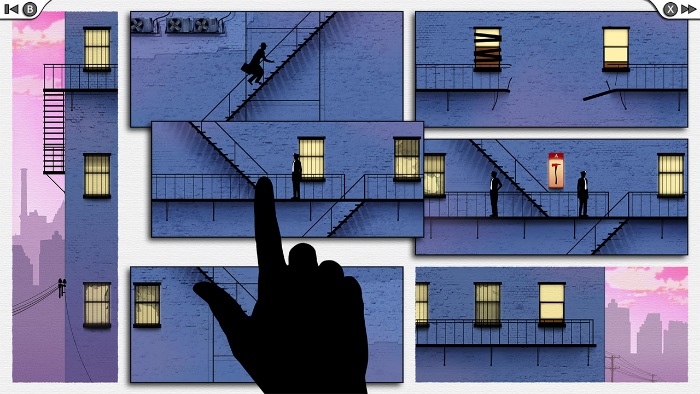 Disclaimer
This FRAMED Collection review is based on a Nintendo Switch copy provided by Loveshack Entertainment.

[PS4Blog.net Interview] Michael Hicks On The Path of Motus