Step up to the plate. Read the pitcher. Take your swing… it’s all up to you now! Does this one hit a grand slam or strike out? Find out in our Super Mega Baseball 2 review!


Got game? Show your stuff online:

Your team, your league, your way:

Take the field for a refined baseball experience:

Super Mega Baseball 2 was an interesting surprise for me. I wasn’t sure what to expect since I never played the first one and the realistic style of games like MLB: The Show has never quite jived with me. Give me a simple yet deep game with more of an arcade feel and I’m happy, and Super Mega Baseball 2 definitely fits that criteria for me.

At its heart, this is a fun baseball game harkening back to the days of simpler releases but with gameplay mechanics. The game itself has a cartoony feel but boasts some great gameplay that sets it apart from its competition. One of the big things to mention is that you are not going to see your favorite MLB team in this one since they do not have the license for it. You do get some pretty cool team names such as Moose, Herbasaurs, Moonstars, Platypi and many more. The teams are also packed with some cool characters, including a ton of women that are just as great at the game as their male counterparts. 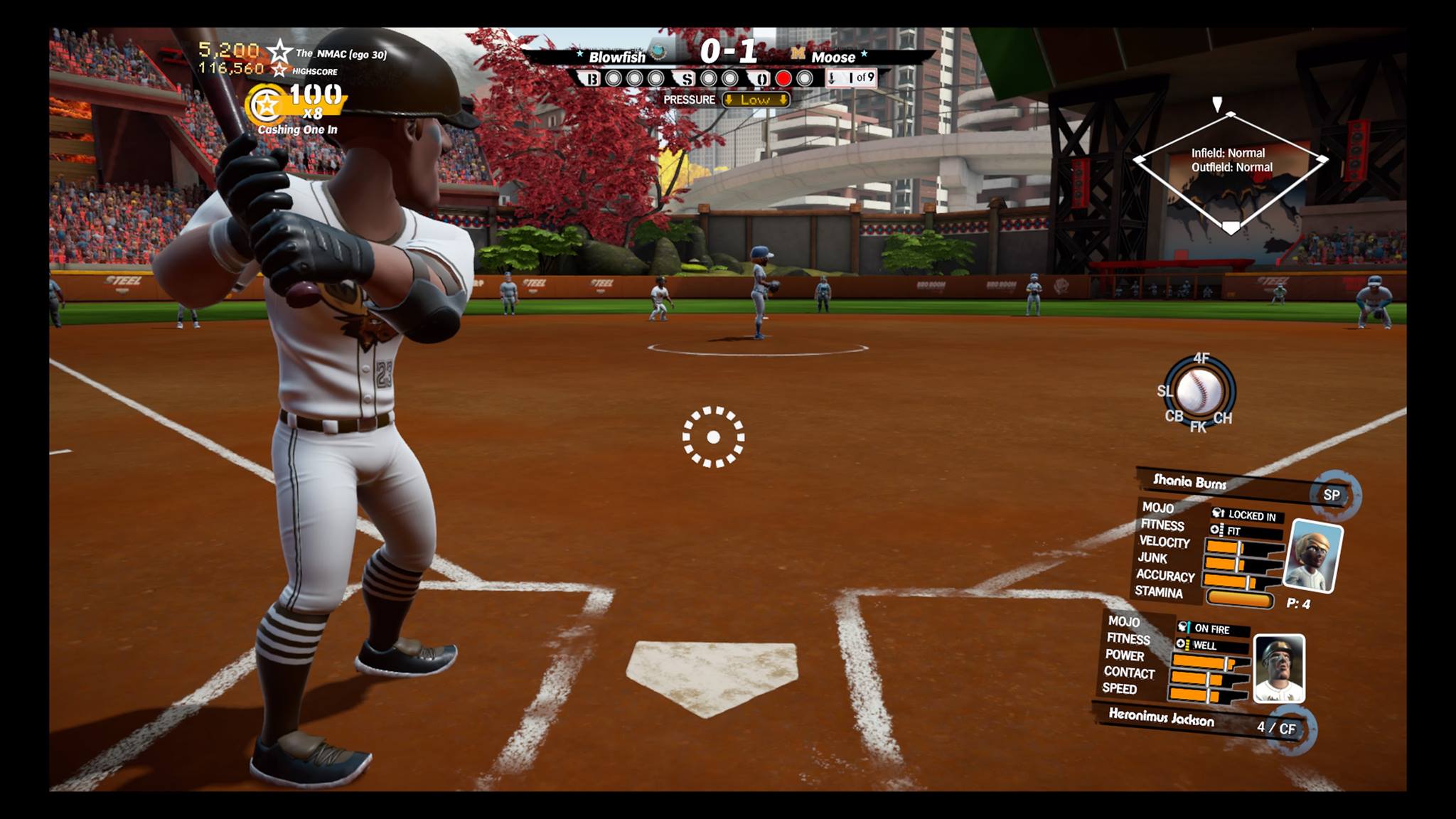 As with most baseball games the game has two phases… Pitching and Batting. Let’s talk about pitching first. When standing at the mound you need to use the right stick to choose which pitch you want to throw. Depending on your pitcher only certain throws will be available. You want to mix it up. Once you have committed to the throw, you can choose where you want to aim in the strike zone.

When not pitching you are batting. Once you step up to the plate, the pitcher will throw the ball and you have to see whether it’s in the strike zone or not. If it then times your hit properly. Depending upon skill level the game will you track where the ball is coming to a point, but you need to get the timing right for the swing. You will strike out, land base hits, hit home runs and get a few pop fly.

When you first start the game it has you choose an ego setting from 1-99. This is your difficulty. The lower the easier. I started pretty low as I don’t play many sports games, however, I really started to get the hang of the game and it encouraged me to raise my level in it. If you continue to beat the computer by a bit, it will keep encouraging you to increase to get you to a level matching your skill. The higher the level the more points you get while playing as well.


One other thing I thought the game did very well was teaching me how to play and all of the mechanics. There was a training mode in the menu, however, it told me to just play the game. As I started an exhibition match the game had a tutorial windows popping up explaining to mechanics as you needed them, layering them into your gameplay progression. It did not seem intrusive at all, which is how I like my tutorials.

The graphics definitely give this one more of a cartoon feel, and their look certainly fits the game very well. The music is there and is nothing special, but it doesn’t get in the way of the overall experience. It did feel very quiet while playing until I realized there are no announcers in the game. It would have added a different spin to things, but it’s understandable it’s not here since this is more arcade in nature. 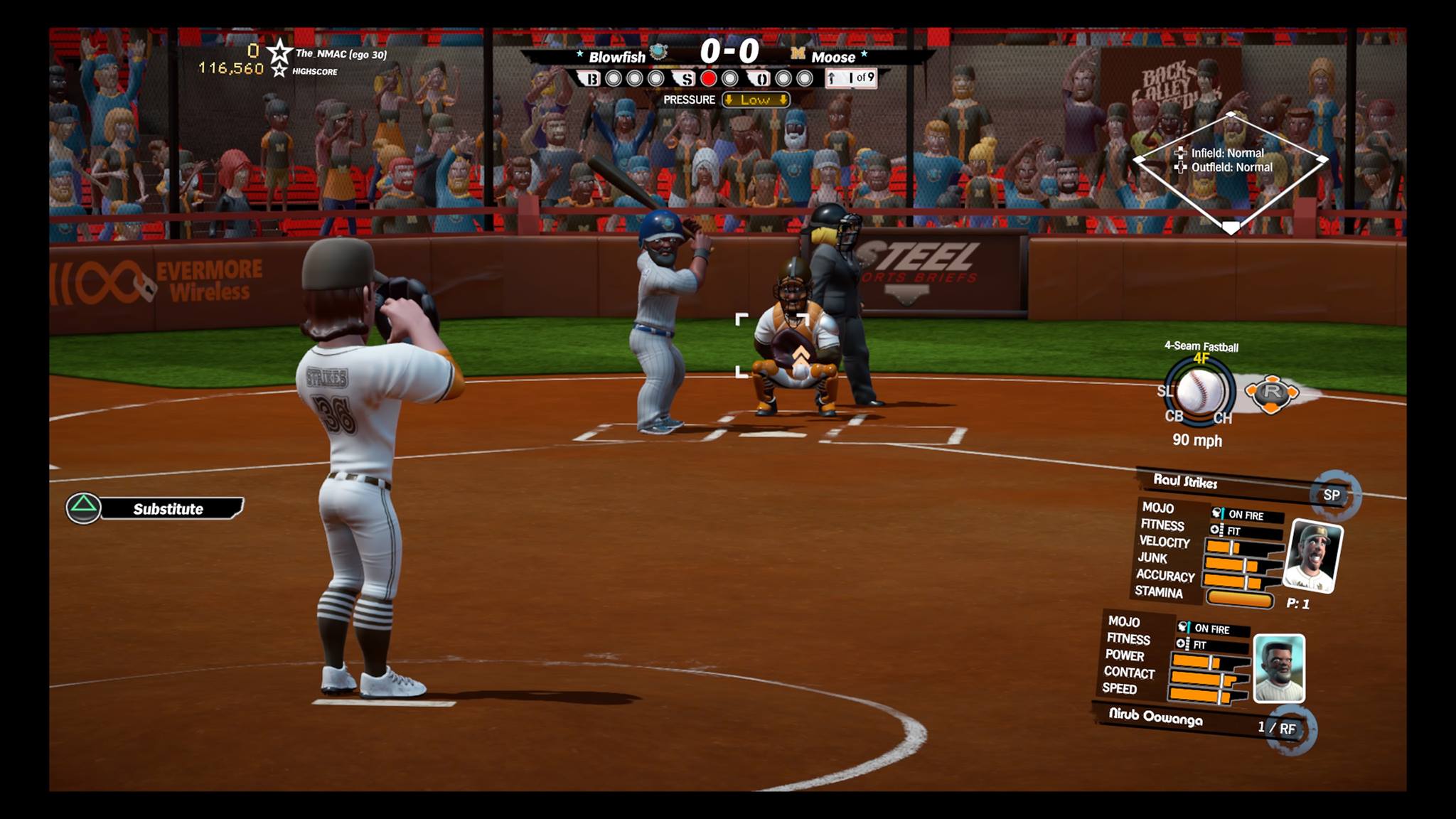 I really enjoyed my time with Super Mega Baseball 2. It’s a fun arcade-style baseball game that does away with any type of sim aspect you might find in games like MLB: The Show, to focus on what really matters at the end: gameplay. If you’re a fan of arcade baseball games then you should definitely check this one.

Disclaimer
This Super Mega Baseball 2 review is based on a PlayStation 4 copy provided by Metalhead Software Inc.