Have you ever wondered what it’s like to be a shopkeeper during the day and a dungeon crawler at night? Well then look no further because have we got the game for you! Come learn more about this one in our Moonlighter review!

Meet Will, the owner of the Moonlighter Shop in the village of Rynoka. During the day, he tries hard to get sales booming in the shop that was once his grandfather’s, in hopes of bringing back prosperity in the village. A few years back the village was founded near an excavation site that held some mysterious gates capable of transporting people into other realms or dimensions, as a place for dungeon hunters to be able to sell their goods and re-supply for their expeditions.

As much as he wants to get things going in the shop, Will is also pretty curious about those dungeons and hopes to discover the secrets behind the mysterious fifth gate. So at night, while the shop is closed, he takes on the role of an adventurer and sets out to explore those dungeons. In the end, the stuff he finds, he brings back to sell at his shop, so it’s a win-win situation!

With those two roles in place for Will, it’s pretty evident that there are two distinct ways of playing Moonlighter. Let’s talk about the dungeons first. When you cross the gate of a dungeon, there’s no going back (not right away at least!). The exploration of the dungeon resembles games like the classic The Legend of Zelda series or recent awesome Vita/PS4 game Reverie, which I recently reviewed, as you move from one room to another, beating monsters in them, opening chests and finding your way to other areas until you meet the dungeon’s boss. 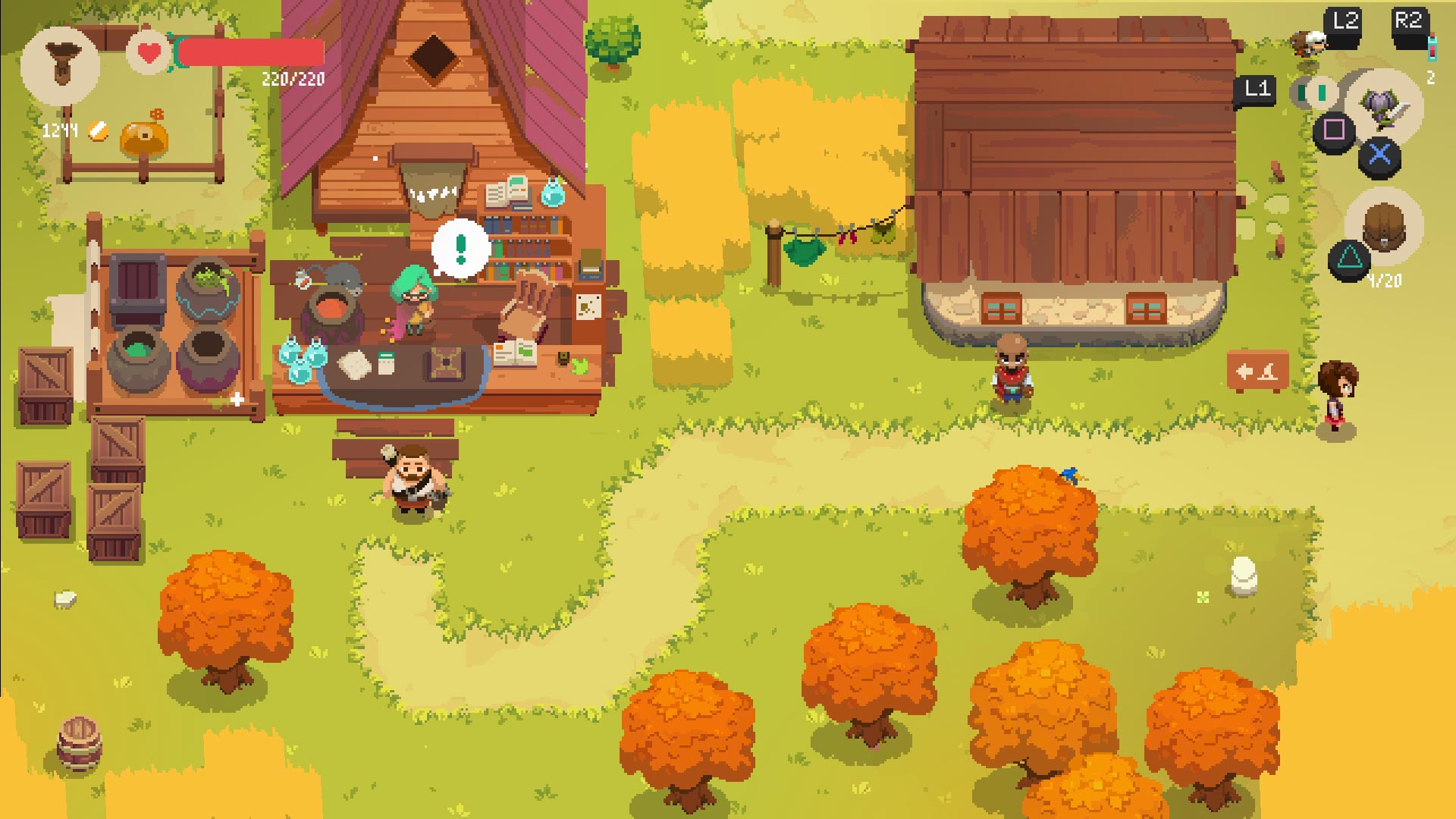 One little twist though is that the dungeons are randomly generated, so next time you go back in a dungeon you previously visited, you’ll notice that the layout will be completely different. To fend off those monsters, you’ll be able to attack them in the good ol’ fashioned action-RPG style, again, similar to The Legend of Zelda or Reverie), with the possibility of rolling to dodge so that you can avoid being damaged by enemies.

Another interesting aspect is the loot you find. You don’t have a bottomless backpack that can carry everything, so you can’t just pick up all things you find. And if you die in the dungeon, you’ll lose everything but the top row of your inventory, so be sure to always do some item management as you go which means you can’t just drop stuff into your bag and call it a day. And if that wasn’t enough, there are also some capricious items that have specific needs, like being in the left or right column, and even ones that have “curses” that will destroy an item next to them upon leaving the dungeon.

And when you finally leave that dungeon, either by using a magic mirror or by beating the boss, you’ll be back in your shop, and that’s where the other part of the fun begins: running your shop! But fear not, since this “sim” aspect is pretty easy to pick up! You have a table where you can put items on and give them a price, which is entirely up to you. Then when you open up shop, customers will come in, will browse your items, and will react to them. Those reactions will tell you if your price is too high, too low, just about right, or fully right on. With that information, you’ll be able to adjust your prices so that you make the most out of your sales, all while keeping your customers happy. And there is no need to worry about memorizing all those prices, as your logbook does an incredible job of keeping track of all this. With all your profits, you’ll be able to invest into town to have other shops (like potions or weapons shops) built or to enhance your store to make it a bigger and better one. 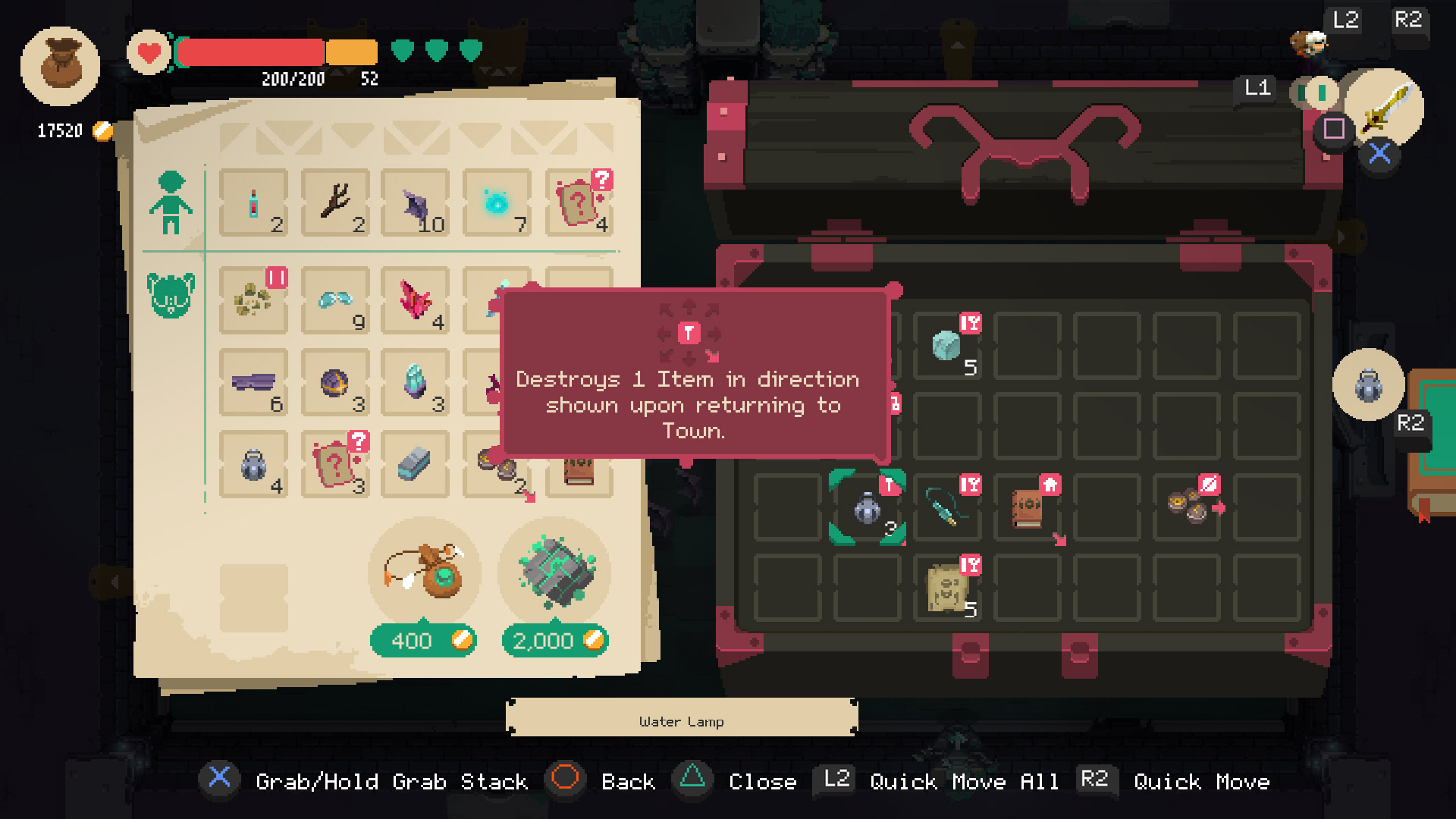 As for the visuals, the game is presented with a solid pixel art style, making this a game that is very nice to look at. I’m sure you can already tell, but just in case, let me tell you something: this game is incredibly fun! The dungeon hunting, with some roguelite elements, and the shopkeeping with the upgrade system, are both fun to play and intersect together perfectly. That feeling of “one last time” kicks in with both play styles, as you end up waiting for the shop to close so that you can go back in the dungeon to hunt for things so that you can go back in your shop to sell them, so that you can… well, you get the idea! I didn’t expect to be this addicted to the game, and it gets that way rather quickly!

As far as the trophies are concerned, it’s not really a hard list, as there are lots of trophies for shop and town upgrades, weapon purchasing and upgrading, store sales, as well as trophies for actually beating the dungeons and the game. The only two trophies that I can see being tricky are the one for finishing the game in under 10 hours, and the one for completing it with less than 40 deaths. If you can manage to achieve those two, the Platinum should take some extra time but should be easy to get! 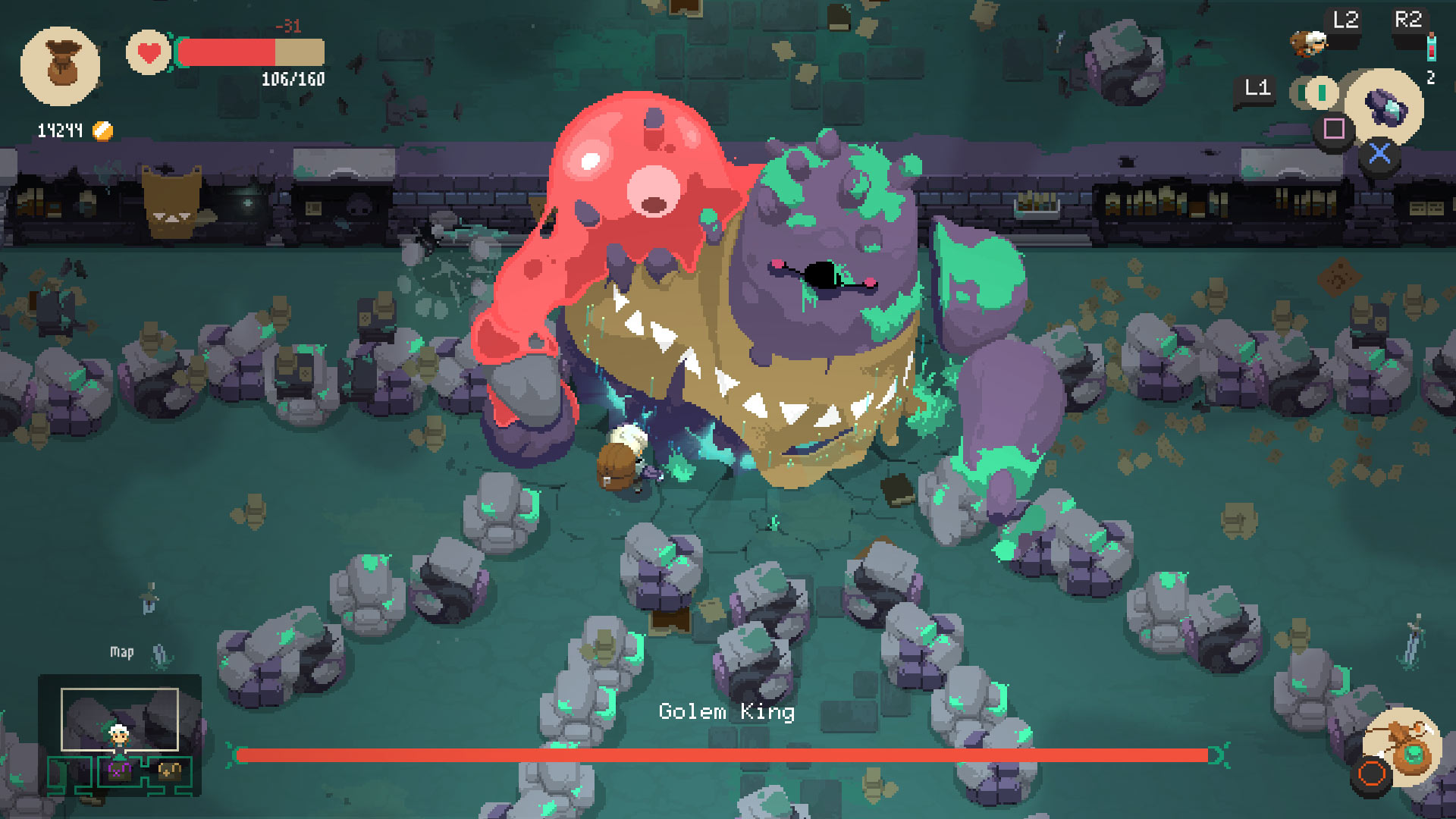 Final Thoughts
Digital Sun have combined two genres that are interesting on their own and made something even better out of them with Moonlighter. It’s casual, fun, and challenging at times, not to mention highly addictive. It’s the kind of recipe that makes the game one that should not pass under your radar! 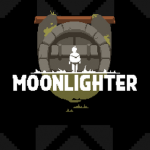 Disclaimer
This Moonlighter review is based on PlayStation 4 copies provided by Digital Sun.