Heavily inspired by the glorious side-scrolling platformers of the 16-bit era, FOX n FORESTS is a tale about a fox that will save the world from a mysterious 5th season. Caught your attention? Then check out our FOX n FORESTS review!


FOX n FORESTS is a 2D 16-Bit style action platformer with RPG and puzzle elements, empowering you to switch seasons on the fly!
Set within a mystic forest and its surroundings, FOX n FORESTS is a stunning fable offering pixel perfect Retrotainment and rewarding challenges!

Rick the fox was on a mission to get a nice meal when he saw a partridge in the forest. But after noticing him, Patty the Partridge obviously tells him she doesn’t taste very good, and also asks for his help to fulfill a mission given from the Guardian Tree to prevent the Fifth season from causing chaos in their world. With the intention of receiving gold after fulfilling the old tree’s request, and eventually still eat that partridge, Rick accepts the mission and is bestowed a magical melee crossbow, capable of slashing, shooting arrows, and changing seasons. From there your adventure will begin. While standing or running, your attack button will allow you to shoot arrows straight in front of you, but if you’re crouching or jumping, it will be used as your short-ranged knife. As you progress through the game, you’ll receive additional arrow types that will aid you in your journey, as well as new moves for the bayonet part of the weapon. 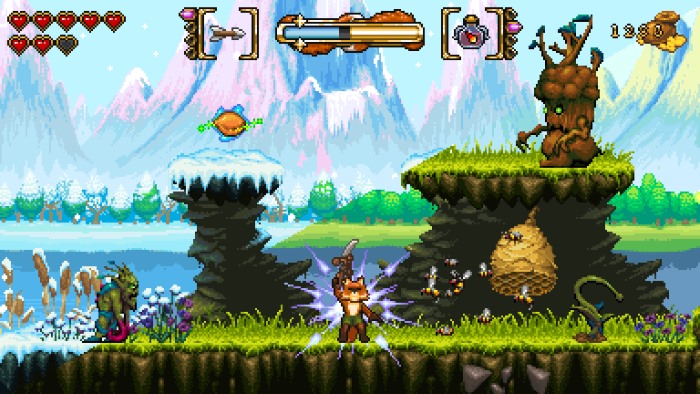 In each level, there will be five magical seeds to find, which you will need to gather in order to unlock additional levels in the game. Each season world is composed of two regular stages (so 10 magical seeds in total), a boss stage, and a secret level if you managed to get all the seeds from the previous levels. Since, at first, you only have your regular arrows, it will be impossible to find all the seeds of the levels, so as soon as you beat the first boss you’ll need to go back to the first two levels with your new arrow upgrade to find some other seeds, or you won’t be able to move forward to another season world. Along with the seeds, there will also be other collectibles to find here and there for some specific weapon upgrades that don’t only require money.


As you progress through the huge levels, your newly gained ability to change seasons will come into play to help you progress. Switching seasons in a level can only be temporary, as it depletes your mana bar (that slowly replenishes over time), so it will always be a matter of switching when you need it. For example, a huge water-filled gap can’t be crossed by Rick, but if you change to winter, it will allow you to safely cross to the other side. It can also help you take care of some enemies, as you could drag them onto that patch of ice before turning it back into water, thus making them drown. 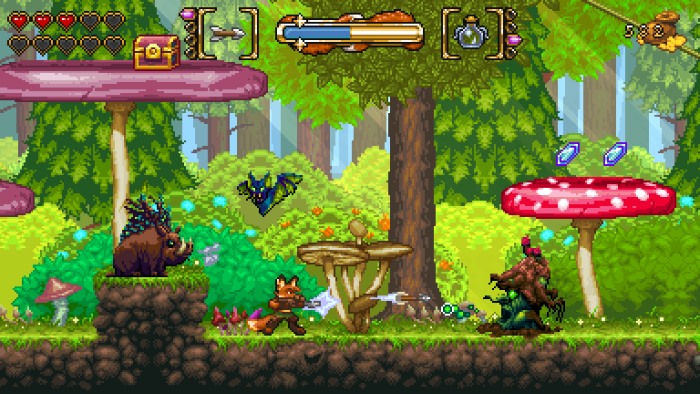 Everything from the visuals to music is straight from the glory days of the SNES and the SEGA Genesis, and it is a pleasure to look at the attention to detail for each area. The art style is beautiful, with huge levels that never feel like they’re just repeating something from a previous area, and changing seasons always gives you a completely different look, which helps to keep this experience feeling fresh from start to finish.

Since I was basically raised on Mario, Sonic, and Mega Man, I was really looking forward to playing this game. In the end, I was certainly not disappointed, as it’s a really fun game to experience! The concept of changing seasons is a really neat feature, although I would’ve liked to see it expanded a bit more, since you can only switch between two seasons in the stages. Perhaps something we can get in a potential sequel? 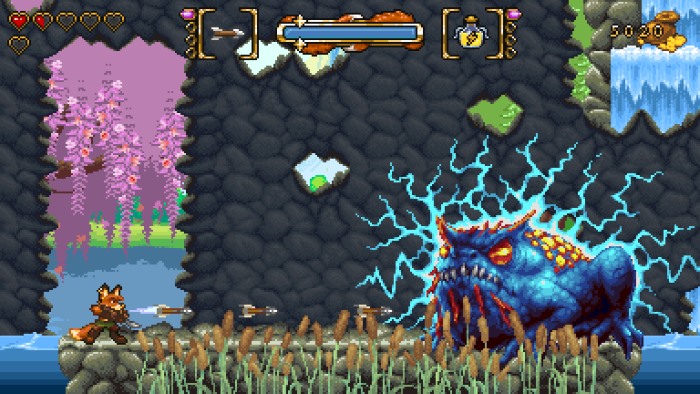 The combat and the platforming were fun and challenging at times. At some points in the stages, you encounter Retro the Badger, who’s there to give you a checkpoint for a price (yeah, they’re not free!), and the cost keeps increasing as you progress through the stage. I felt pretty confident at first, so I decided to not spend a dime with him, thinking I could go on with no worries. After playing the game for this review, here’s my advice: pay his asking price , because death will happen when you least expect it and you’ll be glad to have that checkpoint to save your progress!

I also liked the m¿Metroidvania aspect that seamlessly gets you to revisit stages you’ve already completed after getting new arrow types, since you do need those extra seeds to proceed with your adventure. Some people could find that bit annoying if they just want a quick play session every now and then, but for me, I’d rather have that than going back after completing the game with no other purpose than just grabbing the collectibles.


Speaking of collectibles, that pretty much sums up what you’ll have to do in this game in order to get 100% of the trophies (no platinum here, sorry!). You have to gather everything the levels have to offer and upgrade your weapon, health, and mana to their maximum, and that is pretty much it. The only trophy that could have been difficult is to complete the whole game without using any potions, but since you can do it on the easiest difficulty, it shouldn’t pose much of a challenge. 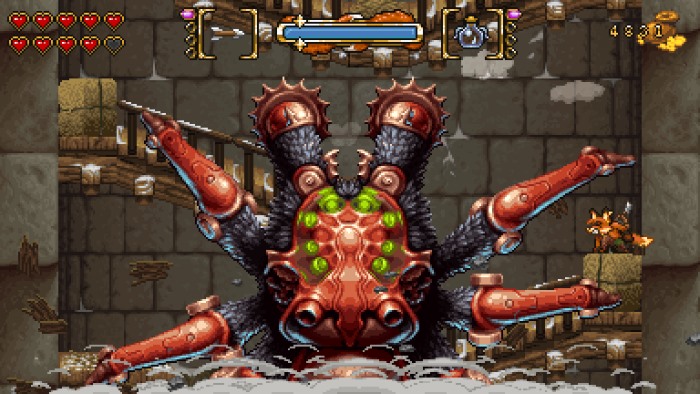 Final Thoughts
Bonus Level Entertainment have produced a very nice retro platformer with FOX n FORESTS that is a lot of fun to play. The only issue some of you might have is the pice of the game which is $20 for a 5-6 hours adventure, but while short it’s definitely very fun.

Disclaimer
This FOX n FORESTS review is based on a PlayStation 4 copy provided by Bonus Level Entertainment.