[Beyond PlayStation] West of Loathing Review

West of Loathing from Asymmetric is a cleverly fun and charming turn-based RPG adventure whatchamacallit now on Nintendo Switch. Learn more about it, and about why you should buy it today, in our West of Loathing review!

West of Loathing is a single-player action comedy RPG adventure in which you go out on a story set in the same universe as Kingdom of Loathing, a spin-off, if you will. It shares the same stick figures and hand-drawn-ish black and white art style as Kingdom, but is actually a turn-based game of sorts where battles are not randomly activated, each taking place in a small grid-based arena. It places a big focus on its humor, with chuckle-worthy jokes and pun-packed writing. You will deal with other human beings, as well as with goblins, skeletons, snakes, ghosts, technology advanced robots, demon cows, and more. 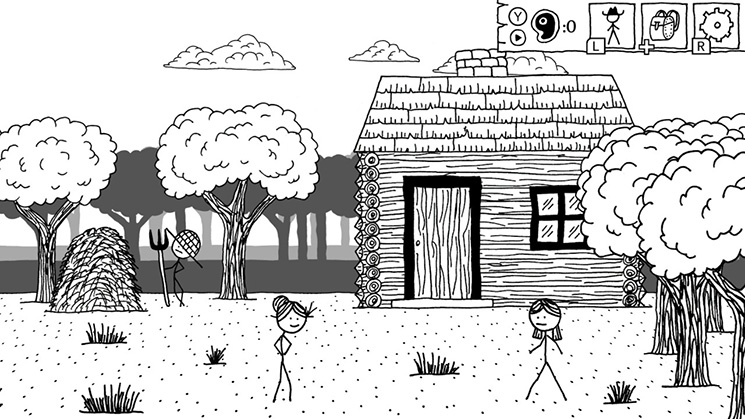 At the start you can select your gender, name and overall look, and class. That’s right, this one has three classes to choose from! You can select to be a Cow Puncher, someone who solves problems with their fists, and who is particularly up for punching cows – because, you know, cows aren’t gonna punch themselves. There’s the Beanslinger, a master of magic and cooking, a class who’s services are in high demand since cows brutally killed a ton of cooks. And then you have the Snake Oilers, who rely on their moxie and chutzpah to tame snakes, extracting powerful oils rom them – people need potions in these dark days and there are plenty of snakes in the Wild West. 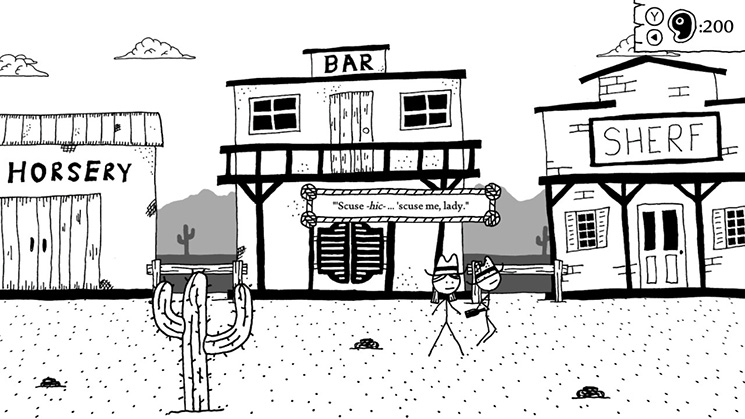 Boring Springs, the starting section will act as an extended tutorial in which you’ll learn the basics for the game, do some main story quests and some side-quests, gain experience, obtain meat (the in-game currency for making purchases), get a horse, and secure a companion for your adventure. You could also, if you want to, go at it alone, sans companion, something the game does not recommend, and neither do I since it would greatly increase the difficulty and make you have to rely on some very careful planning for your leveling up and for how you use items in battle.


As you play the game you will complete many a side-quest, securing items that might unlock new perks for your character. Your actions can also unlock new perks, as is the case of, for example, the Mostly Scabs perk which is unlocked after being poked by cactuses one too many times as you explore each area in the game – this will reward you with an extra 5 HP added to your total HP. There are several perks in the game, not all of which are particularly good since some will lower a stat or two, so be careful with what you do and how you do it! 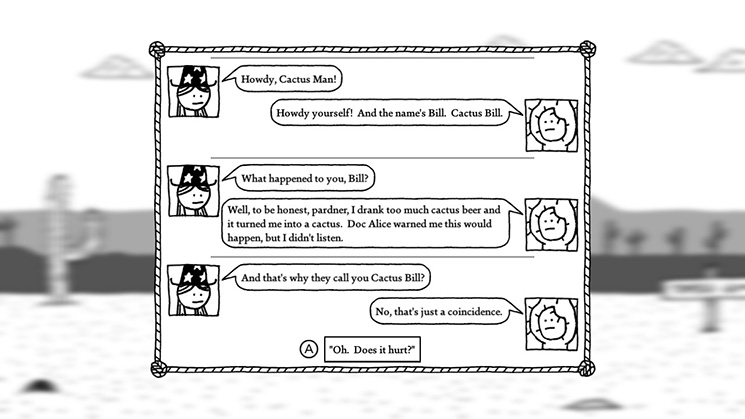 The experience you get can be used to level up each of your stats as well as some of the perks you have, and there’s an option to have the game use experience automatically for you to keep your character properly balanced, or you can change this option and manually take care of allocating experience to each stat and perk as needed. This is useful since you could, perhaps, run into a spot in one of the many locations you’ll visit where you might need a higher muscle or moxie value to open a path or to obtain an important item, and you can use some saved up experience to get the boost that can make a difference. 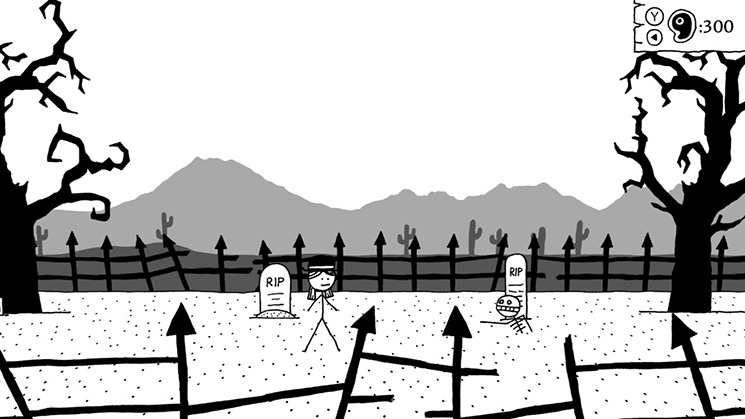 At first you won’t have many locations to visit, but as you travel from one location to the next, you might find new areas to visit. You can also press the X button when in the overworld map to wander around – represented by animated footprints moving around in circles – to try and find new areas near the one you’re currently in. As you travel between areas, or as you wander, you might trigger some battles, find boxes, safes or items that can help you on your adventure, so you’ll always be busy.


Conversations are a big part of the game, so you’ll spend a lot of your time interacting with the many NPC you will meet in your adventure. Some will have valuable information for you, some will be in need of your help, and others will just waste a bit of your time, but they’ll all be a funny read. Some of the conversations you have will have more than one option for you to answers, and some of them might be locked behind a specific stat value or else you won’t be able to select it when you need it. Luckily the hats, pants and boots you find during your adventure, which you can equip, will provide boosts to your stats to keep a balanced build – or to favor a particular stat even more. 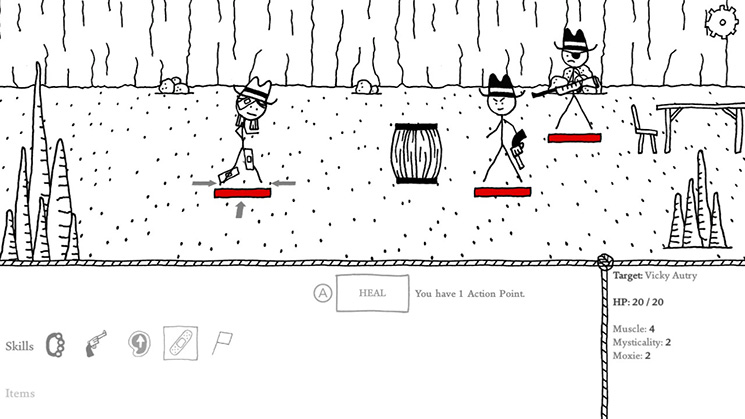 West of Loathing is a charming and very fun turn-based RPG on Nintendo Switch that you should download today. The funny writing, simple but solid gameplay mechanics, and the long list of locations you can explore more than make this one worth your time and money. You’ll spend 12+ hours playing this one to see everything the game has to offer, which is great for its $11 price point. 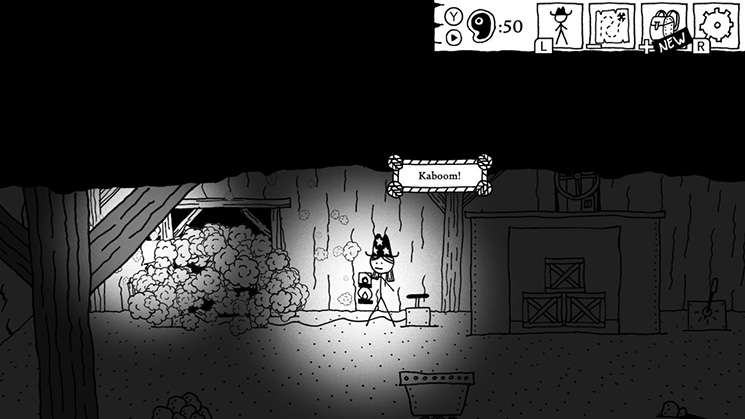 Disclaimer
This West of Loathing review is based on a Nintendo Switch copy provided by Asymmetric.