Smoke and Sacrifice has no tutorial and zero handholding, so you will be tasked with figuring out things for yourself. Personally, I’m all for this approach since it allows me to discover the basics and the more advanced gameplay mechanics as I go – plus it favors the whole survival side of things since you’re literally trying to find out how to survive. Granted, this approach is not for everyone, so your mileage may vary. 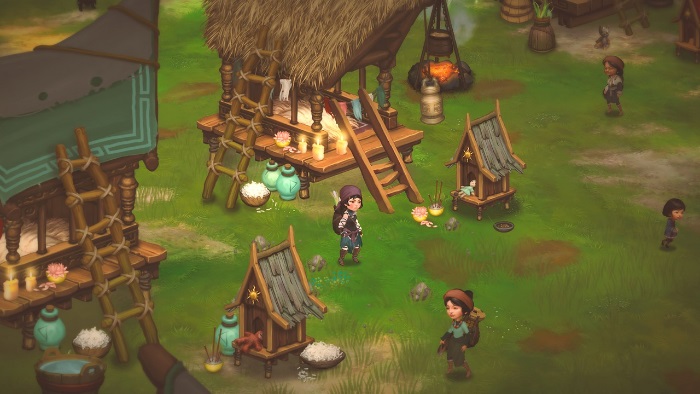 You play as Sachi, a young woman who gave birth and then shortly afterwards sacrificed her son Lio in order to keep the blessing of the Sun Tree. It is apparently customary for first born children to be sacrificed, so that women can then keep and raise other children as they see fit. The land has no sun, so the Sun Tree is what gives the inhabitants some light. The story continues a few years after the sacrifice of Lio, when Sachi feels that her son is still alive. The Sun Tree then begins to fail and darkness falls over the land. Unable to find the priests, she heads to the temple where Lio was sacrificed, from where she is transported to a whole new world. 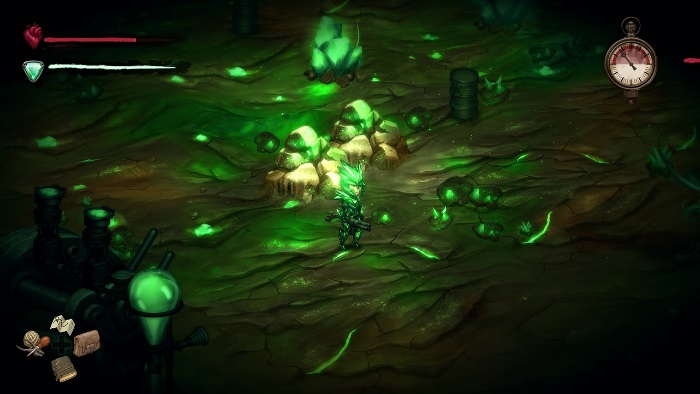 The game starts to ramp up the difficulty in this new area, and you will need a lantern to stave off the darkness to have a chance of surviving. All the smoke around you can make it hard to see, so you should always make the most of your tools as well as of any weapons you find since they will have a cooldown periods, so you can’t just go around killing everything that moves with no challenge. You better be ready for danger or else you’ll regret it! 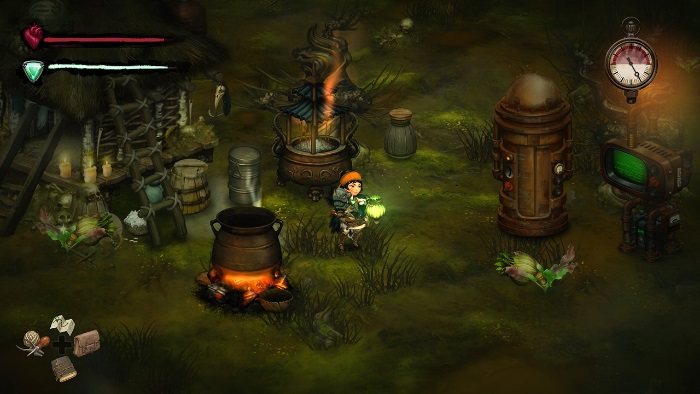 Crafting is a big element in Smoke and Sacrifice, and there are hundreds upon hundreds of things you can craft that will help you on your quest. You can earn new crafting recipes through completing quest, and you can also find stone tablets dotted around the world that contain crafting recipes, which is why it’s very important that you explore everywhere. There are lots of things to heal yourself, but there is a catch: keep them in your pouch for too long and they will die since the healing items are basically plants, so it’s not wise to stock up on too many only to have them die at the worst of times. On top of this, they don’t really heal that much of your health, but you can work around this with the recipes. 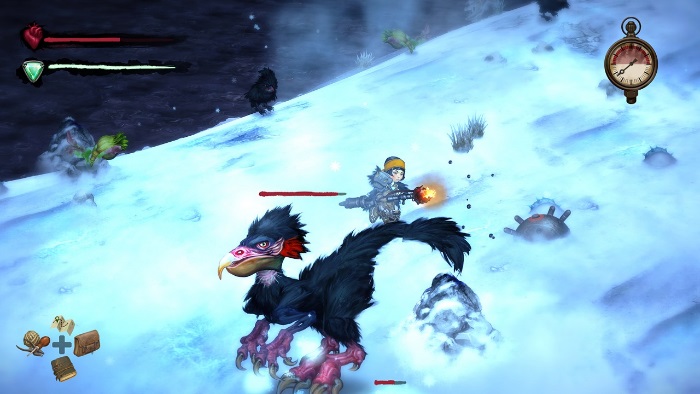 The game is absolutely stunning and will have you looking at all the details the development team poured into it. Despite the overall dark themes, everything just pops from how the team has designed locations and enemies to the variety of colors they use. Enemies feel alive and as a proper danger, and you will notice how they spot you and start charging at you with full force. 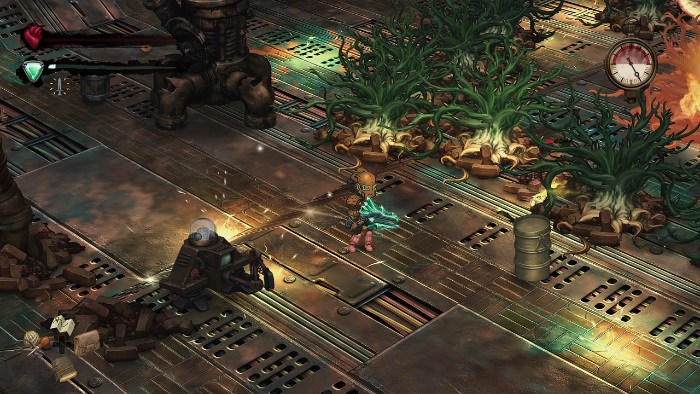 Smoke and Sacrifice has tons of quest to complete both for in the form of main quests and side-quests, so you’ll be busy for many hours. You will notice characters that have quests for you since they’ll have a gold exclamation point hovering over their heads. Side-quests are worth completing since you will earn new crafting recipes as well as money and items. Money is really important in this game since with it you can buy a warp point, giving you access to new areas. There are save points as well, make sure you save as much as you can since it will making dying more bearable… and you will die in this one a lot! 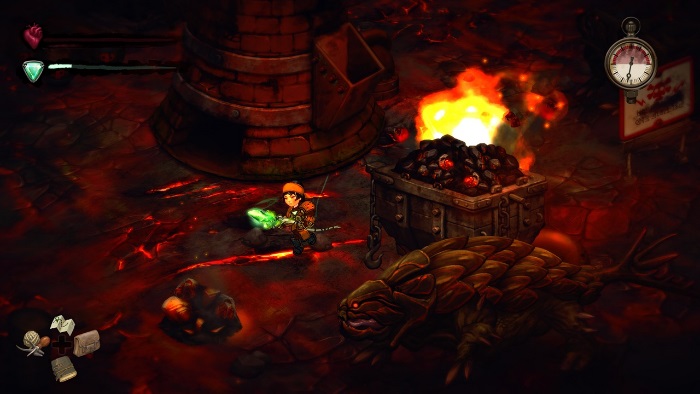 Smoke and Sacrifice is a tough and challenging game with lots to do to be able to survive. The difficulty curve might get in your way here and there at some points, and the lack of tutorials is definitely not for everyone, but if you give this one a chance I’m sure you will not be disappointed.

Disclaimeer
This Smoke and Sacrifice review is based on a Nintendo Switch copy provided by Curve Digital.