[Beyond PlayStation] One Strike Review

One Strike is a retro-style arcade fighting game set in vintage Japan where one strike is all it takes to defeat your opponent… or to be killed. Learn more in our One Strike review!

One Strike offers four game modes for you to enjoy: One Life in which you only have one life and a single strike can end it; Arcade in which you get five lives to learn as much as you can for the character you’ve selected; Team Duel in which you use a team of three warriors; and Tournament, in which up to 8 players (either actual humans or AI bots) fight to the death until only one reigns supreme. 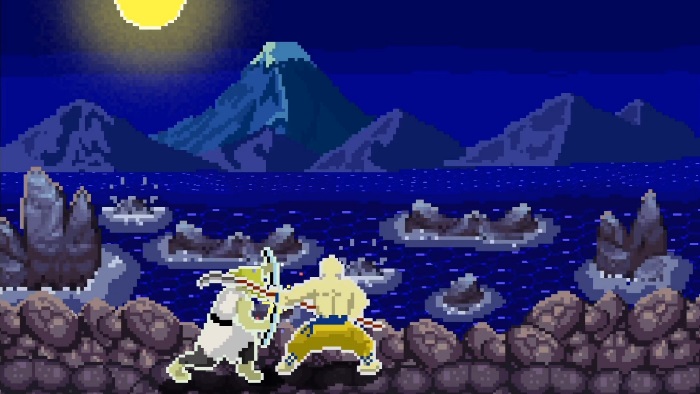 The controls are nice and simple since the A button is for attacking and B button is for defending. You can also move forwards and backwards as well as dash as needed – the dash mechanic is mapped to the shoulder buttons. You can’t jump, which sorta feels a bit weird at first since we’re used to jumping in fighting games, but this is a different type of release. You move, dash and defend as you try to outsmart your opponent, waiting for the right time to unleash an attack when you see an opening. 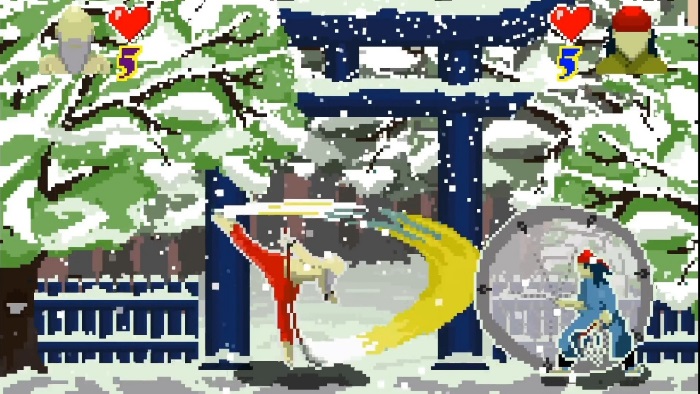 There is not a huge roster of characters to choose from, which is something else we’re not used to in a fighting game on consoles. There are six characters for you to fight as, and despite the lack of a large character roster, each available fighter does feel unique thanks to their weapons and how they can be used in battle: 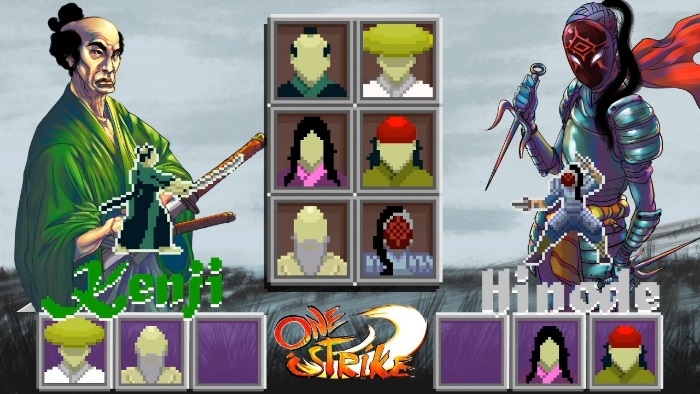 At the start of a duel you will see big red letters that make sure you understand what your single objective is: Strike or Die! You will need to enter an almost Zen-like state of mind as you take on this game that almost feels like 2D chess more than a 2D fighter since you need to always remain one step ahead of your opponent as you try to find the right time to strike since choosing poorly will leave you open to defeat.


The music is very interesting as it is of the chiptune variety, which fits the minimalist pixeltastic art style used for One Strike. The soundtrack is very dynamic and helps to keep you focused on the action at home or on the go as you set out to conquer Japan by defeating every enemy on your path. It’s a good thing there are only six fighters since that should make it easier to conquer the country, right? 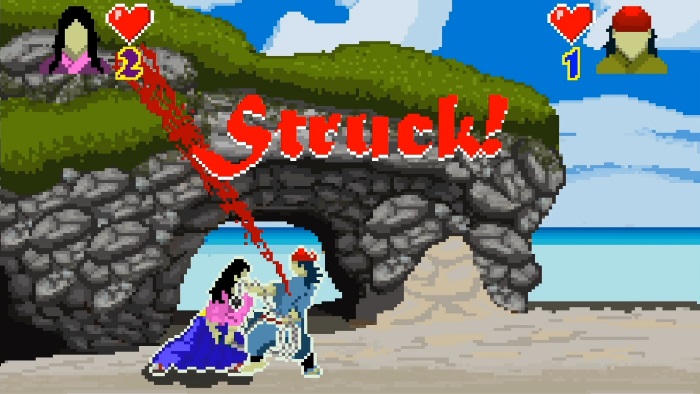 One Strike is a different type of fighting game that is clever and fun on Nintendo Switch, offering something that is certainly very different from other fighters in the console. The game’s great pixel look, the tight gameplay, and solid soundtrack make this one a game we definitely recommend that you check out.

Disclaimer
This One Strike review is based on a Nintendo Switch copy provided by Qubic Games.