[Beyond PlayStation] One More Dungeon Review

One More Dungeon is a first-person shooter roguelike with procedurally generated levels and pixel-art graphics. Being a nameless adventure seeker, you have to get to the final level of the dungeon and destroy the obelisks, which is being used by forces of Evil to invade the world. Use a melee weapon, magic staffs, and antique artefacts, to burst way through the hordes of enemies inhabiting a few game areas.


One More Dungeon is a roguelike release, so when you die you lose all your loot and levels and will have to start again from scratch, which to some might feel like a repetitive game. There are no story elements in this game, and it is purely a test of survival. It is very challenging and will appeal to the hardcore fans who appreciate tough games.

For this one, you aim to build your character and collect as much loot as you can. You have two weapons: a magical one which is mapped to the L button and is perfect for attacking from a distance, and a melee weapon which is assigned to the R button, and this one is great for close combat. I highly recommend using long-range weapons as much as possible to survive longer since when you’re using your melee weapon… then it means the enemy is already too close for comfort! 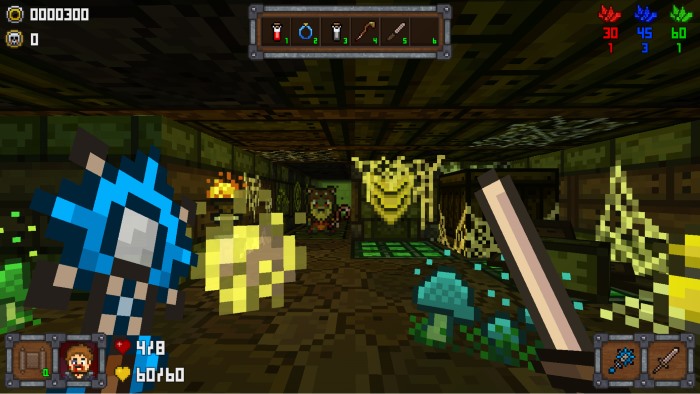 To my surprise, there was no aiming for the ranged weapons. Maybe it was done intentionally to increase the difficulty of the game, but because of that, missing shots is something that happens a lot in One More Dungeon. Fortunately, though, the enemies are not very clever and do not tend to spot you immediately unless you are very close to them. Take note, however, that with your starter weapons and poor stats, they can still make quick work of you in a blink. At first, your goal is to avoid any combat until you find some decent gear.

If you have played Heroes of the Monkey Tavern (also on Nintendo Switch) or the classic Orcs and Elves, then you have a good idea of how the dungeon layouts look in this one. There are plenty of doors and, as expected, some require a key to progress while others can be opened with a simple press of the A button. Same goes for the loot since there is plenty scattered around in each dungeon, but some require a key before you can gain access. 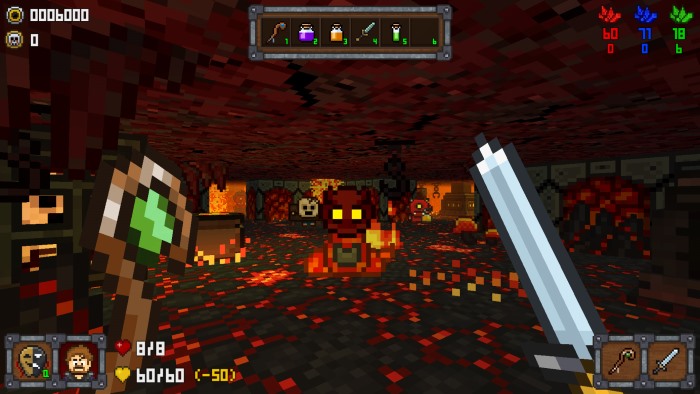 The enemy types are fairly generic and are comprised of bats, shamans, skeletons, zombies, you know, the usual. While they are often slow to notice you when they do they will just make a beeline for you, and if your weapons are not strong enough, they will kill you in a few hits. Without getting some decent gear, your chances of survival are incredibly slim. All is not lost, however, because if you manage to survive a dungeon, you can add various mutators for a fee. You can make the game as easy or as hard as you like after that first hump, and that is what makes One More Dungeon stand out. The cheapest ones cost just 100 coins, but the more expensive and useful ones require you to beat multiple dungeons to gain enough coins.

The level design is reminiscent of Minecraft with lower size, almost -bit pixel textures. I love pixel art in games, but for some reason, the game’s look didn’t click with me. Looks aren’t everything, and you might have a different opinion on how this one looks and feels, so your mileage may vary. 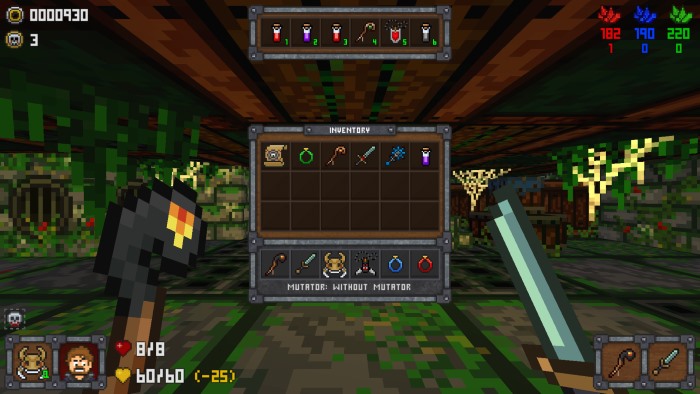 One More Dungeon is a roguelike that offers a lot including bosses, secrets, decent loot, skills to upgrade and the many mutators that can be added. Roguelike games are not for everyone, and the difficulty curve might be something that gets in your way before you can activate some mutators to change things around. There are also plenty of challenging in-game achievements to aim for. Oh, and there is also a darker world to discover if you manage to find a portal…

Disclaimer
This One More dungeon review is based on a Nintendo Switch copy provided by Ratalaika Games.