Hammerwatch from Crackshell and Blitworks is a very addictive dungeon crawler on Nintendo Switch that you should go and play. Learn why in our Hammerwatch review!


In Hammerwatch you will select one of the available characters to take on a grand adventure through a dark and dangerous set of dungeons as you try to kill anything that moves, grab anything that doesn’t, and keep your health and mana high enough to have a change at taking on the hordes of enemies, and the deadly bosses at the end of each chapter. Monsters come in all shapes and sizes, and you’ll need to always be ready to defend against their short and long range attacks since they can quickly kill you if you’re not careful. Your health won’t regenerate, so you’ll need to find health pickups to recover your HP. This is even more important when you’re up against several enemies and one of the ends up poisoning or burning you since this will deal some extra damage over a short period of time. 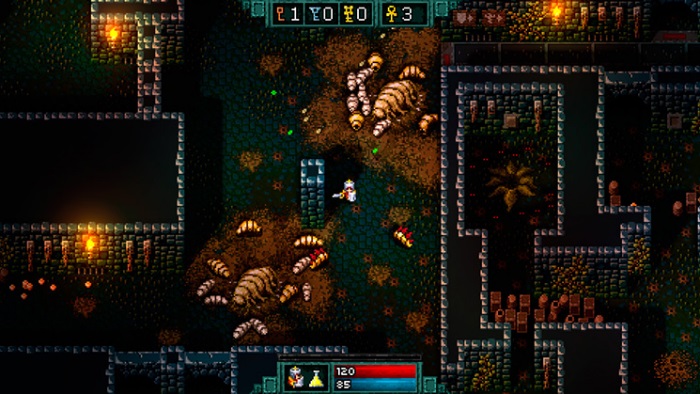 Controls for the game are very easy to get the hang of since, at its heart, this is basically a a twin-stick shooter. This means you’ll move around with the left analog stick and aim with the right one, and your main attack will be mapped to the ZR button. Any skills you have will be mapped to the ZL, L and R buttons. If you have a potion on you then you can drink it with the A button, and then can provide many bonuses such as increasing the damage you deal making you completely invulnerable for a short period of time. The minus button is used to open your map which is something you’ll need to do every now and then to see where you’re going and were you’ve been. 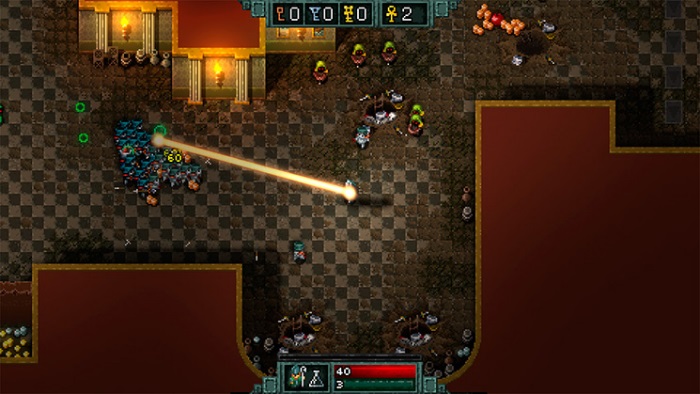 You can select between three difficulty levels. In Easier, enemies deal less damage and have less hit points. Medium is the standard difficulty for a balanced adventure. As for Hard, as you can imagine enemies deal more damage, are harder to defeat, and your odds of survival are considerably smaller than in the other two modes. Before you start a run, you can activate modifiers for the game to change the game and lower or increase your overall scoring percentage. Challenges bump your score percentage, and these include selecting no extra lives, having only 1 HP per life, having a shared HP pool for all players, having no HP picks, no mana regen, or having your mana go down as time goes on. Crutches lower your score percentage, and include having infinite lives, having your HP regen over time, dealing double damage, double lives or 5x mana regen. 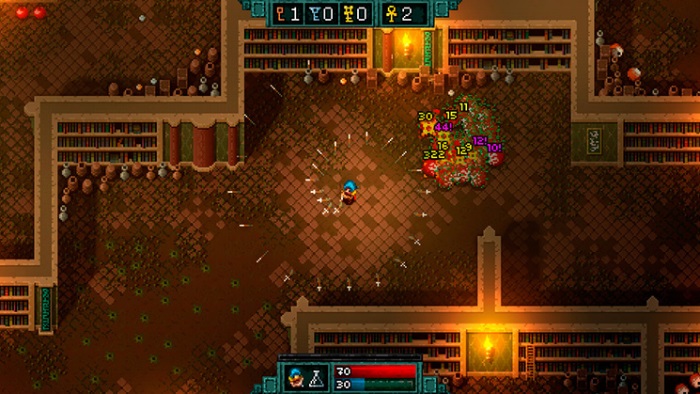 There are seven classes to choose from. There’s the Paladin who is a melee hero with a mighty sword, and he can heal himself and use a shield to block most long range attacks. The Wizard shoots fireballs that deal splash damage, and he can even call down meteors. The Ranger shoots arrows that can penetrate through enemies, and has a powerful bomb that can deal a lot of damage. The Warlock uses a poisonous dagger, can shoot lighting balls and even summon gargoyles. The Priest attacks from a distance, has a beam that damage enemies and heals friends, and can cast an area heal. The Thief uses twin daggers to attack, throwing several in quick succession, destroying incoming long range attacks. The final character is the Sorcerer who uses ice spells to attack from a distance, summoning ice shards or a comet to damage and stun enemies.


There are several items to collect in your adventure, and these include bronze, silver and gold keys, coins and gems that add to your overall money, food that can heal your wounds, mana crystals that replenish your mana, the aforementioned potions, extra lives in the form of 1up, 5up and 7up pickups, vendor coins which can give you a discount on the wares offered by merchants, planks to build bridges, or even upgrades that can increase the damage you deal, your armor to receive less damage, or bump your overall health and mana – these last ones are quite rare and make a huge difference. 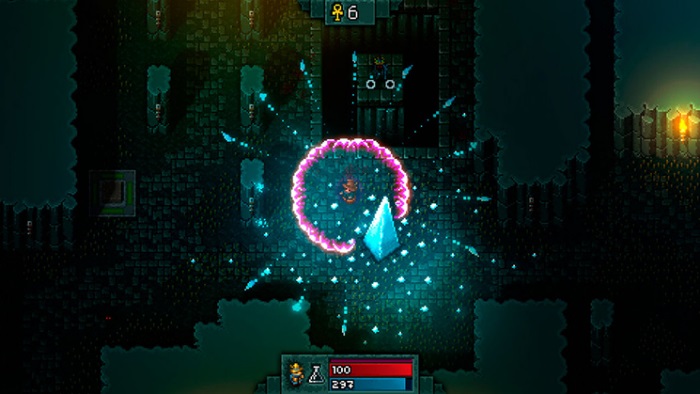 Merchants are available in five varieties: Offense, selling skills and upgrades for offensive abilities, Defense which focuses on defensive abilities, Vitality which upgrades your max health, mana and movement speed, Powerup which sells various potions, and Combo which provides improvements to your combo, which is activated when you defeat several enemies in a row, increasing the combo window or the bonus skills that are activated when a combo goes into effect. 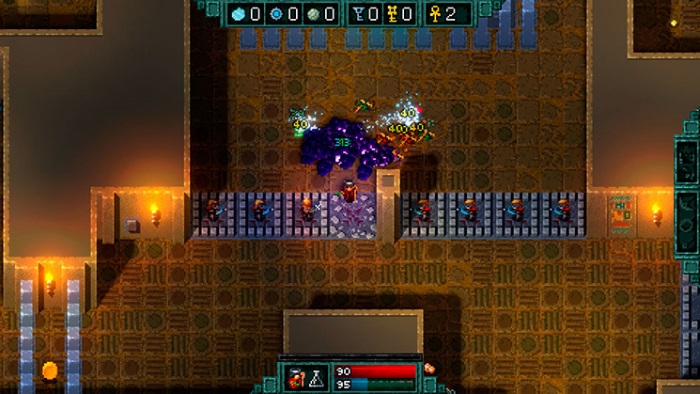 The game offers two adventures in a single release. There’s Castle Hammerwatch where you must defeat thousands of enemies as you work your way towards reaching the massive red dragon that has taken over the throne. Then there’s Temple of the Sun, a temple in the desert that has been corrupted by Krilith the Artificer of the Moon Temple. There’s also Hero Defense, a mode in which is basically and endless mode in which you must survive for as long as possible against the mighty horde. 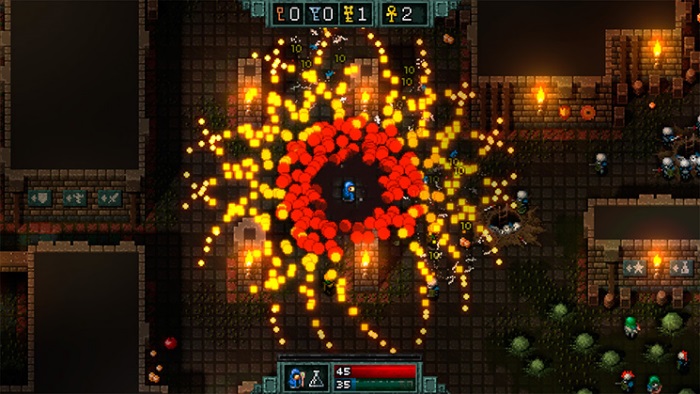 Hammerwatch is a very addictive twin-stick dungeon crawler with a lot of content to enjoy and seven character classes to play as, making this a game that is very easy to recommend on Nintendo Switch. Crackshell and Blitworks have done a great job with the game, and there’s more on the way thanks to the promised online multiplayer mode that will be added to Nintendo Switch later in the year.

Disclaimer
This Hammerwatch review is based on a Nintendo Switch copy provided by Blitworks.