We’ll be bringing you a review for Hyper Sentinel soon so I got in touch with Huey Games to talk about the game’s development and its release on Nintendo Switch and PlayStation 4.

PS4Blog: Welcome to PS4Blog.net. Could you please present yourself to our readers and tell them about your work?

Rob Huey: I’m Rob from Huey Games, we collaborated with Jonathan Port to bring Hyper Sentinel to consoles and Steam. Huey Games was set up by three industry veterans with more than 45 years of combined experience in games development and publishing, and Hyper Sentinel is our first release.

PS4B: Hyper Sentinel is ready to go on Nintendo Switch and PS4. How would you describe the game to someone who’s never heard about it?

RH: We call it Neo Retro – taking inspiration from classic shmups but marrying that with modern design sensibilities to create an experience which feels both classic and cutting edge. 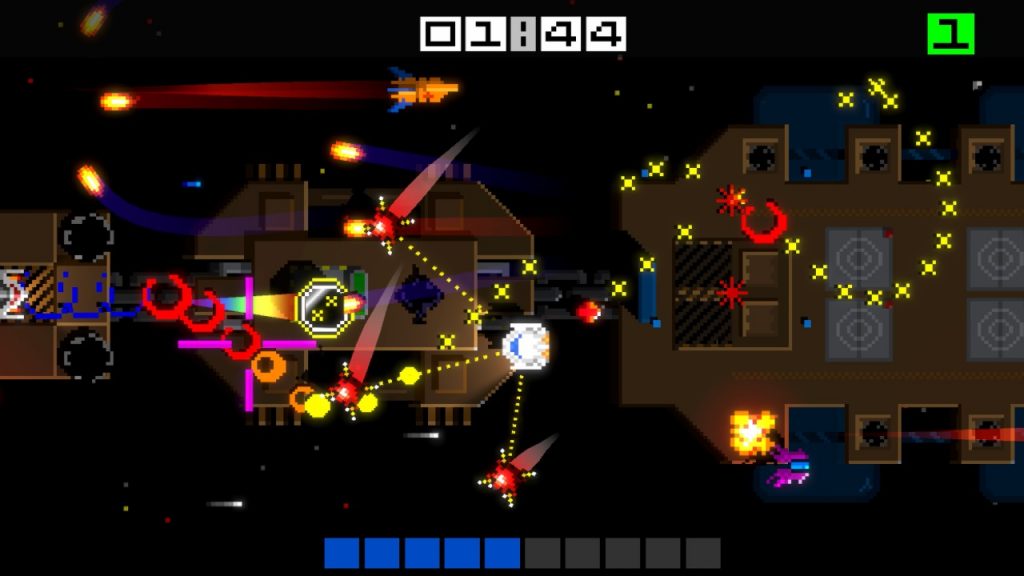 PS4B: How long did it take to port the game to the Nintendo Switch and PlayStation 4? Were there any particular challenges or hurdles you had to overcome?

JP: Hyper Sentinel was originally written with mobile platforms in mind, but when Four5SixPixel teamed up with Huey Games, we decided to build the game from the ground up using Unity so that we could get the maximum out of the console platforms. The game plays identically on both Switch and PS4, running at a constant 60fps even during the most intense parts of the game where there are 100s of objects flying around the screen. The main hurdles were around how each platform has slightly different requirements for things like online leaderboards and achievements – both of which require different implementations.

RH: John Ogden at Huey Games and John Reynolds of Tall Studios did a lot of the work on the ports, ensuring everything was polished the same high standards on all formats. Getting the game running on each platform isn’t too difficult with Unity, but the devil is in the details, and those guys worked really hard so we could have a simultaneous launch across all platforms and Steam. 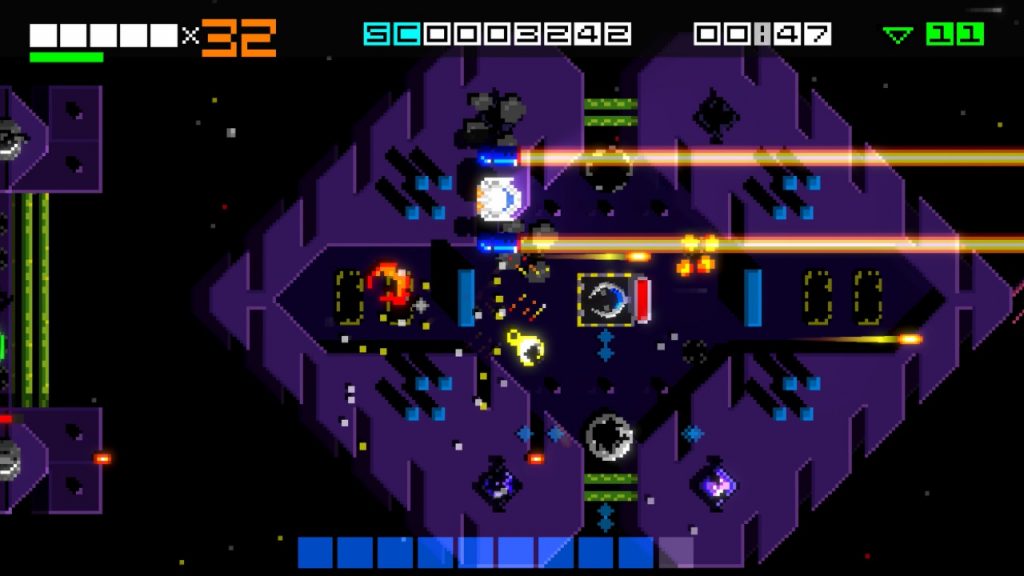 Ps4B: Are you planning on bringing other games to the Nintendo Switch or to the PS4 later this year?

JP: At Four5SixPixel we are looking at making more Neo-Retro games, but I can’t give a specific timescale at this moment.

RH: Here at Huey games we are working with Lightfoot Bros. to bring their otherworldly adventure game The Mystery of Woolley Mountain to console and Steam. We are working hard to get it out as soon as we can, but we don’t have a final date just yet. 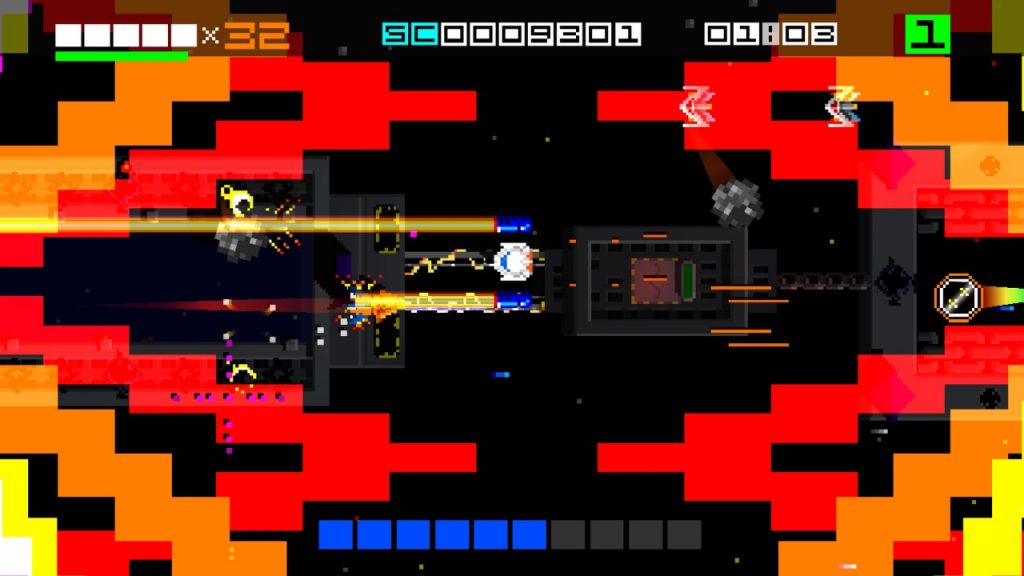 JP: Thank you for giving us the time to talk to you. We are really proud of our game and have had an incredible response from gamers of all ages on Switch and PS4. If any of those of you reading this have already picked up the game already, then thank you so much for the support. If you haven’t yet picked the game up, there is an intense shooter waiting here, that I can guarantee you will have an absolute blast playing!

RH: I’d also like to say a big thank you to our wonderful Kickstarter backers who made this game possible. We are delighted to see them having a blast with the game – it doesn’t get better than that! 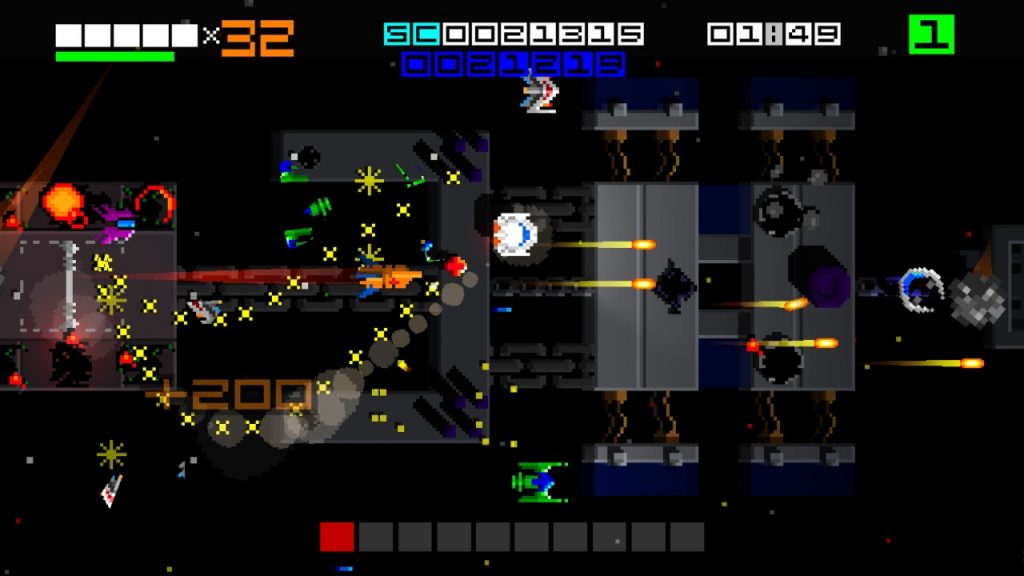 [Beyond PlayStation] Swim Out Review