Alwa’s Awakening is an indie game I’ve been following since back when it was released, so I got in touch with Mikael Forslind over at Elden Pixels to talk about the game’s console release later this year on Nintendo Switch.

PS4B: Hi! Thank you for joining us today. Could you please introduce yourself to our readers?

Hello, I’m Mikael Forslind and I’m a Capricorn. I used to do marketing and publishing at Image & Form and Zoink but I recently decided to quit and to work full-time on my own gaming company – Elden Pixels. It’s been an amazing two months so far and the future is looking really bright! At Elden Pixels I do the business stuff and marketing but I also work as lead designer on Alwa’s Awakening. 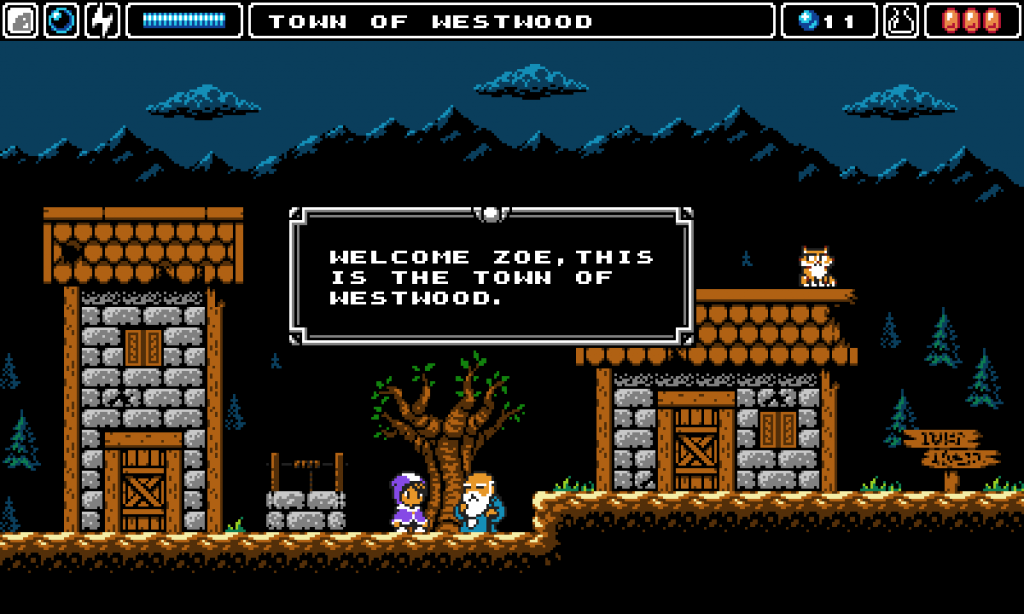 PS4B: And that means you’re now full-time at Elden Pixels! How has this impacted on your day to day?

To be honest, not much. I had a great deal of responsibility at my previous jobs so I kind of still do the same kind of work, publishing and marketing. Which basically means you send and receive a bunch of emails and make sure everyone knows about the game you’re working on. What has changed though is that before there was always a CEO who decided stuff and knew what we were doing. At Elden Pixels we’re four people working and although we discuss and decide a lot of things together they are all counting that I as a CEO know in what direction the company is steering. It’s scary but at the same time very exciting. Lastly, another thing that has changed is that I work more and harder than before and I also drink more beer. Turns out you can buy beer on company funds!

PS4B: And now the fun part. What are you currently working on? Perhaps… you’re bringing Alwa’s Awakening to Nintendo Switch?

Yes, we are! (Who could have guessed!?) Alwa’s Awakening will launch on Nintendo Switch this summer and will run beautifully in 60 fps and with sweet HD Rumble. Dare I say It will be the definitive 8-bit experience on Switch to this date? We also took the time to update the game properly and listened to feedback from our community and added something we call Assist Mode. It’s totally optional but it allows you to make the game easier and more approachable for new players.

If you still want that hardcore NES challenge this mode can be easily turned off and on and you can even choose what parts you want to use. Maybe you just want some help to find where all the items are, there’s an option for that!

Ever since we released Alwa’s Awakening almost every single time we’ve posted about the game on social media someone requested a Switch version so it’s going to feel so good so finally be able to reply “YES, It’s coming to Switch!” 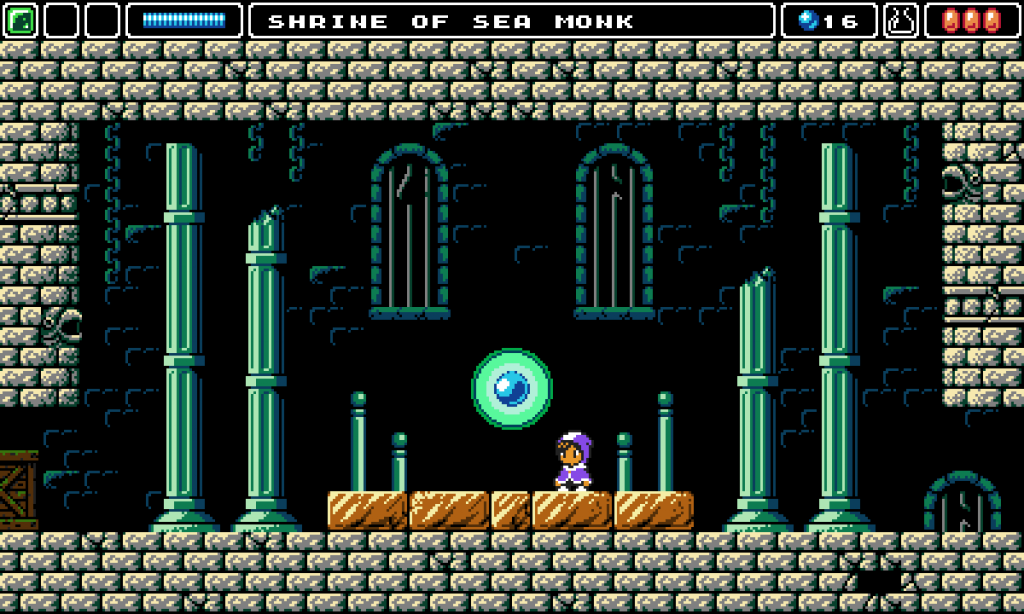 PS4B: Any chance you can do a new run of the NES soundtrack cartridge? Perhaps you could do it in a different color!

Yes, as a matter of fact we’re working on a new batch right now. But this time we’re hiring professionals to get them printed and manufactured properly and have them delivered to us instead of spending days and days putting them together ourselves in Robert’s (our music artist) kitchen. Assembling all those cartridges took forever!

If things go as planned we’ll be able to launch the new batch in May or June. This time we’ll make enough so they don’t sell out right away. 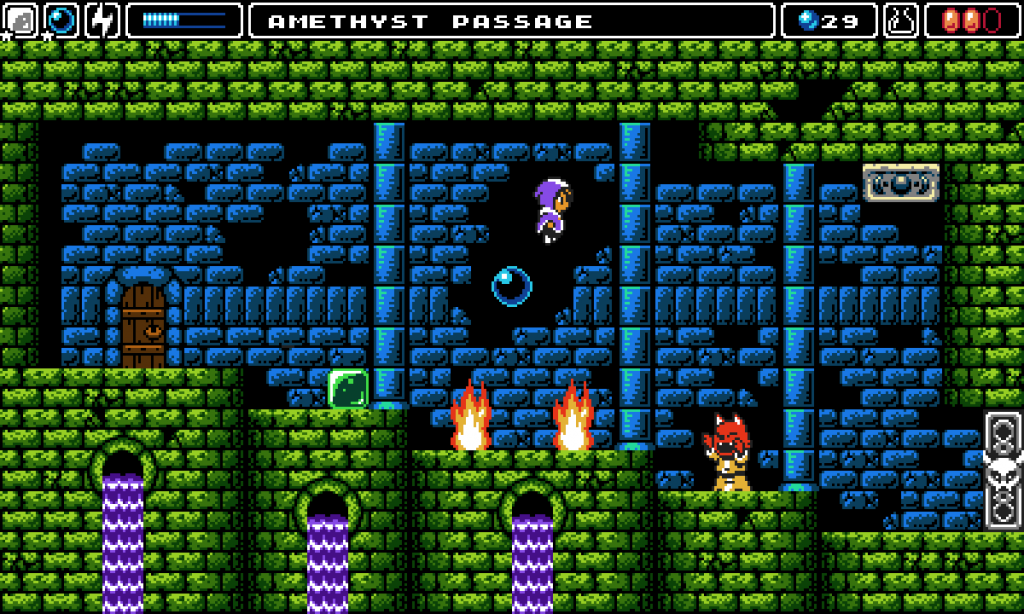 PS4B: And speaking of physical, we’d definitely like to see Alwa’s Awakening as a physical PS4/Switch release! Is something like that in the cards?

Wow, that’s something we haven’t really had time to consider yet. At my previous jobs we’ve done physical copies of almost every game I ever worked on so it’s not something I’m unfamiliar with. We haven’t contacted any publishers but it’s probably something I should look into. Let’s send some emails right now… 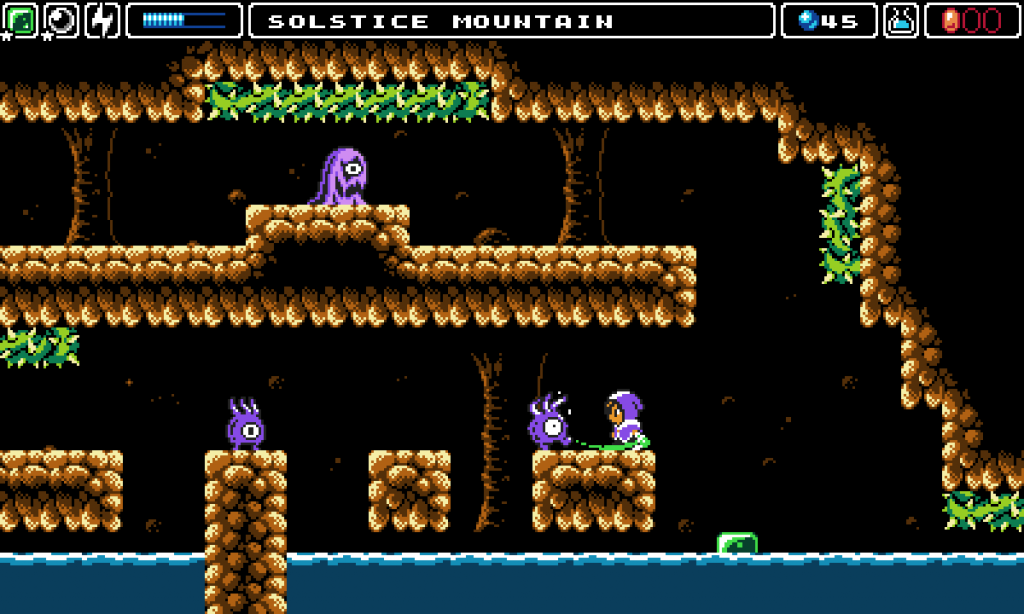 We recently launched our Elden Pixels website and it took me forever getting it to look and work beautifully so I’d be really happy if someone actually took the time to visit the site. There’s a nifty little signup form there for our email list. We’ll be doing some more exciting announcements in the coming months and signing up there is a great way to make sure you don’t miss any news from us. Besides that I just want to take the time to thank everyone who bought Alwa’s Awakening, without that support we would never have been able to take the step to commit 100% to Elden Pixels, so thank you! 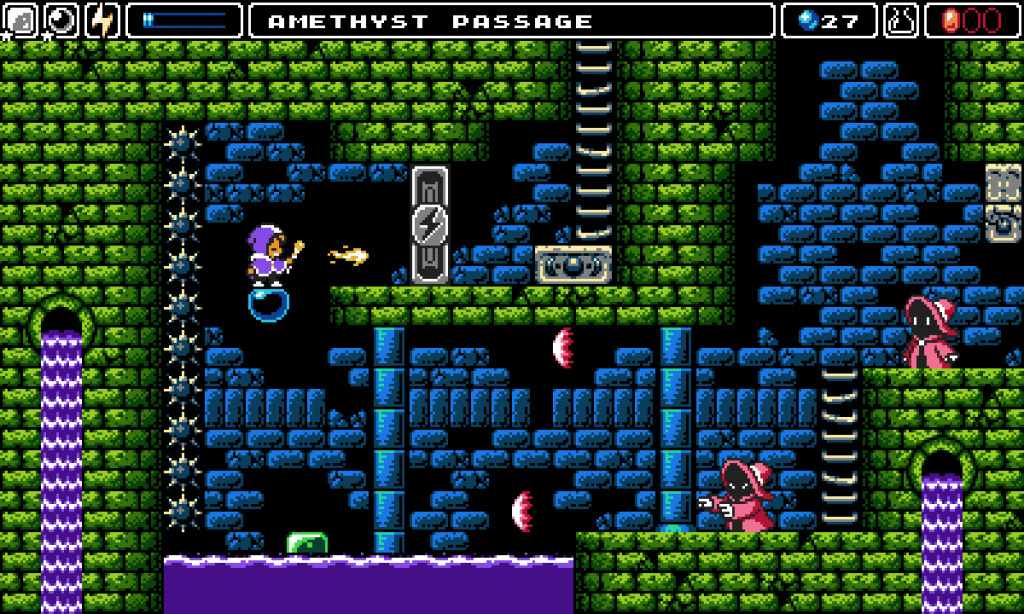