We’re currently playing Animal Super Squad for our review, so I got in touch with DoubleMoose Games to talk about the development of this one for its Nintendo Switch and PS4 release.

PS4Blog: Good afternoon! Welcome to PS4Blog.net. Can you please get us going by telling our readers a bit about yourself and your work?

My name is Armin Ibrisagic, I worked as a game designer and PR Manager at Coffee Stain working on Goat Simulator before I founded DoubleMoose Games last year. 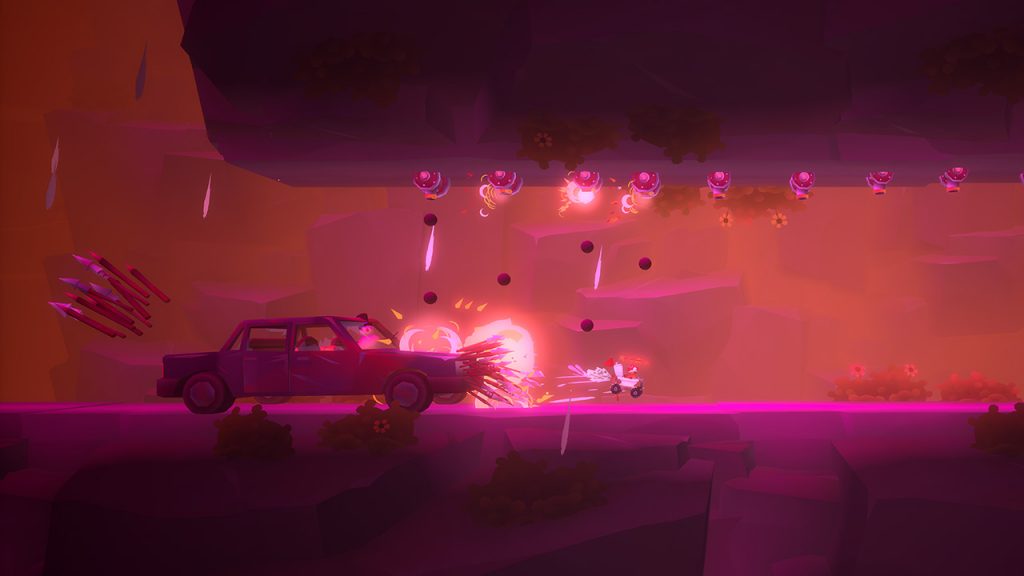 PS4B: Animal Super Squad, or A.S.S. for short, is out on Nintendo Switch and coming soon to PlayStation 4. How would describe this weirdly colorful action platforming thing to someone who’s never heard about it?

I think “platforming thing” is a pretty good description! If I’d expand on that, I’d say that Animal Super Squad is a game about a chicken riding a toilet on wheels trying to reach its goal by any means necessary – even if you lose two wheels and turn into a bucket of fried chicken on the way there. In other words, it’s about skillfully mastering ridiculous vehicles, comparable to Trials or Happy Wheels, but naturally more awesome, with more chickens in it. 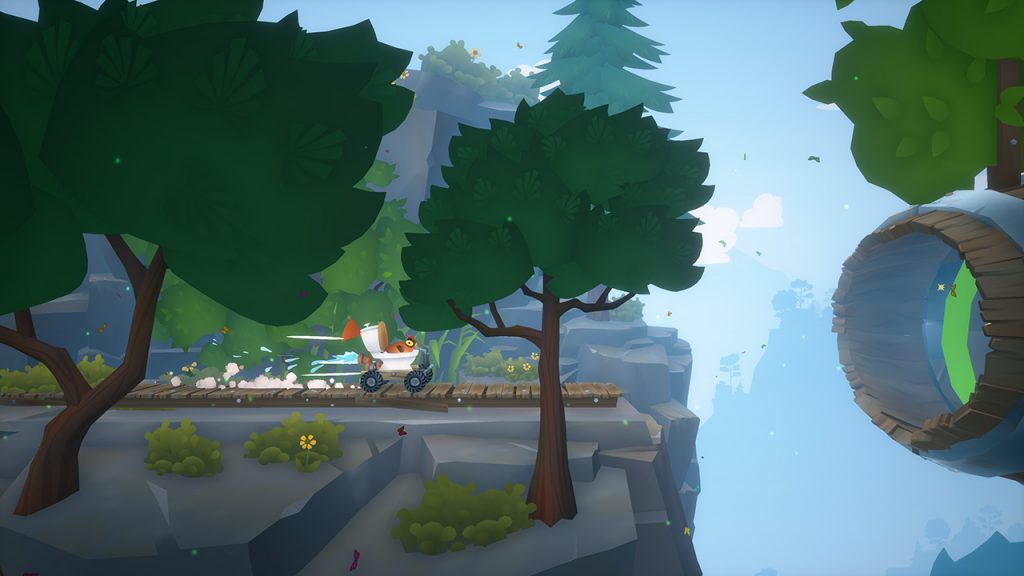 PS4B: There’s a big push for community generated content, allowing players to go nuts with the levels and challenges they create for the rest of the world to play. What drew you to push this into A.S.S.?

We put a lot of effort into making the level editor because we knew that players can be really creative and make all kinds of crazy stuff that we ourselves couldn’t even fathom. It was a lot of work, but now that it’s done we think we have created something that lets the community take the game wherever they want. It certainly makes the game endlessly replayable, which is something we hope people will think of when they consider buying the game! 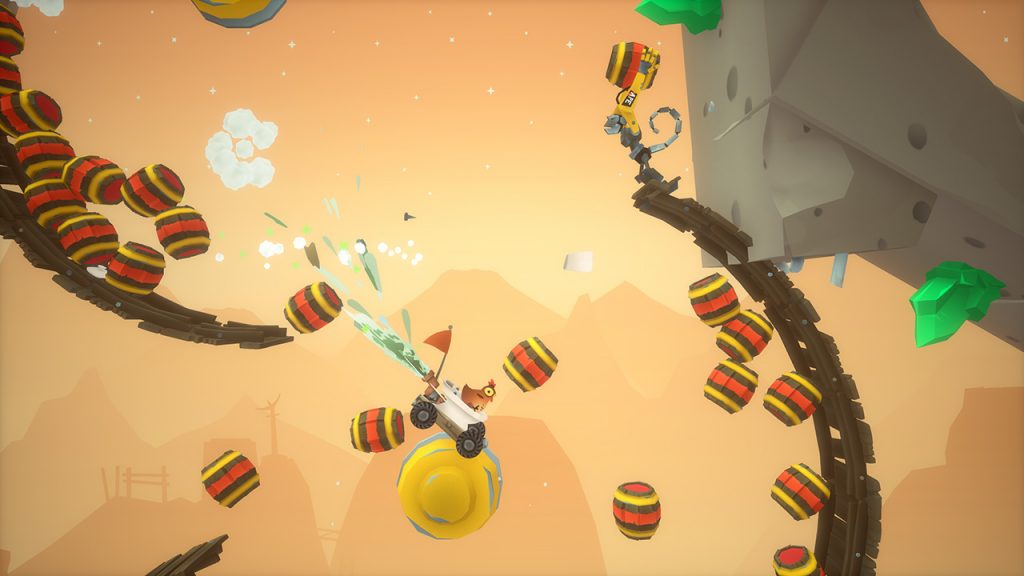 PS4B: How long did it take to develop the game? Where the any particular hurdles or challenges you had to overcome during the process? Where there any big changes between the original idea for the game and what we get to enjoy on console?

Development time was a little more than a year, excluding the pre-production and design talks beforehand. I would say the level editor was definitely the biggest task that took the longest time. It has a crazy amount of features and possibilities in it for a $10 game. Another thing we did was build all of our adventure-mode levels in the same level editor that players use, to show the possibilities of the level editor and what you could really create to players. This meant that we could start with our adventure mode only after the level editor was fairly done, which also was a big hurdle – but we’re glad we did it. 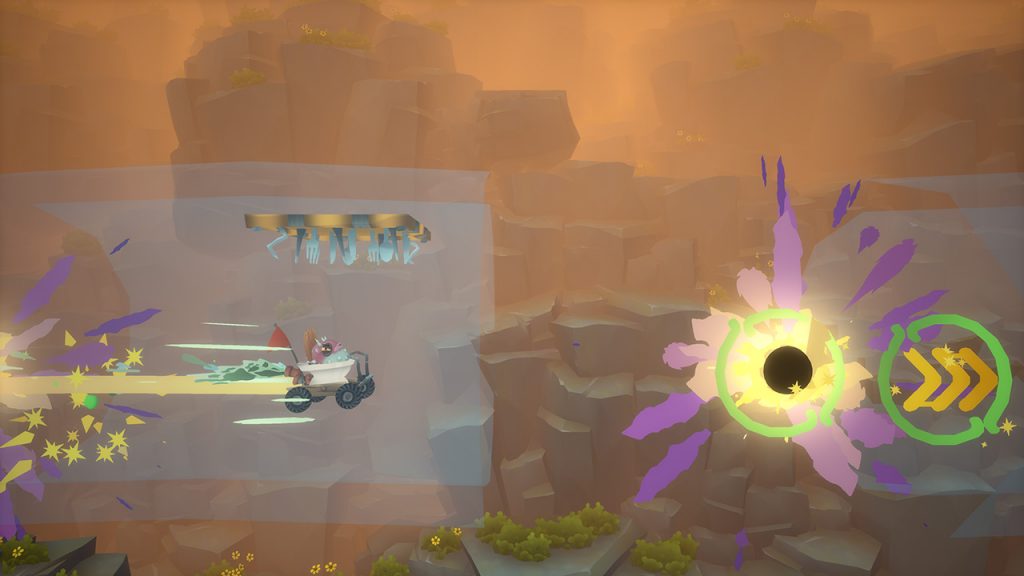 PS4B: With the game ready to go, what is the team working on next? Are you releasing additional content for A.S.S. to add even more variety to the creation tools? Giving players some new dev-built stages to beat?

Right now we want to take some time and see what the response is from players and what features they like the most. However we are definitely going to create some of our own levels in the level editor to give the players a challenge! We also regularly play through the most upvoted levels and feature the ones we like the most. 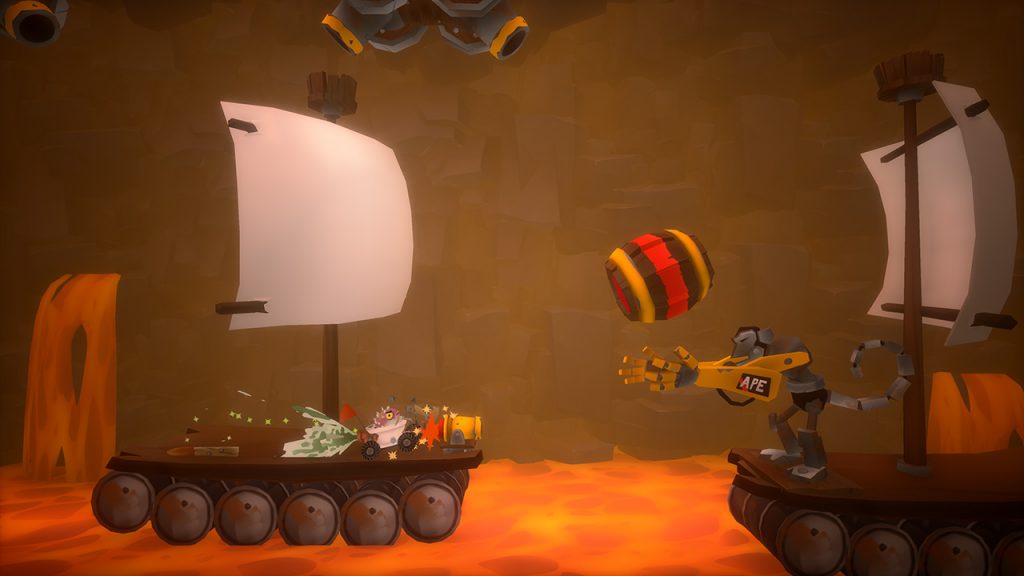 I’d like to show a prototype that we’ve been playing around with. What do you think?