Awaken from cryosleep to find out your brothers in arms have gone missing. You must now track them down and find out what has happened. Are you up for the challenge? Learn more about this game in Phobos Vector Prime: The First Ring review!

Discover the origin of the Renegade faction with its leader, J.L. Brown, in the first single player campaign of Phobos Vector Prime, the frenzied third-person shooter arcade!

Year 2490. Space expansion has started. Humanity has the necessary technology to explore the Solar System for the first time and the galaxy has become a battlefield. Everyone wants their share of the stars. Space pilot J.L. Brown hates this war, but he decides to enroll for the money and remain hidden until he is required. However, J.L.’s sleep is altered by a mysterious explosion. After regaining control of his damaged ship, the pilot sets out to discover what is happening, but the TFR will not make it easy…

– Deal with multiple enemy waves and powerful final bosses that will try to stop your investigation.
– Use the landscape to fight against your enemies: hack, set snares and deploy your allied minions.
– Use the power of your integrated combat systems.
– Enjoy our retrowave 80s’ soundtrack.

Phobos Vector Prime: The First Ring is an old school bullet-hell arcade shooter with a theme heavily inspired in the 1980s movies and TV shows that showcased the far future – reminding me a bit of all-time classic The Last StarFighter. It has a cool aesthetic that really fits with the action 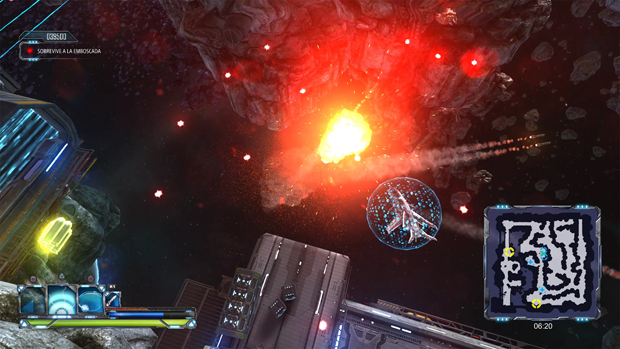 The game’s gameplay is simple to learn, but hard to master. In the beginning, you just have your ship with the basic attack and you need to navigate the map destroying enemies. Along the way, some will drop power-ups that will temporarily change your type of firepower. You will also get some additional powers that instead of running out will have cooldown timers. You want to time the use of these just right to mazimize their potential.

Flying around shooting in space is really fun and reminded me of some titles of yesteryear while also incorporating some interesting gameplay mechanics to bring the game up to speed with the changes and improvements the genre has seen over the last couple of decades. The game finds a way to carefully balance walking the line between retro and modern, which is very difficult to achieve. 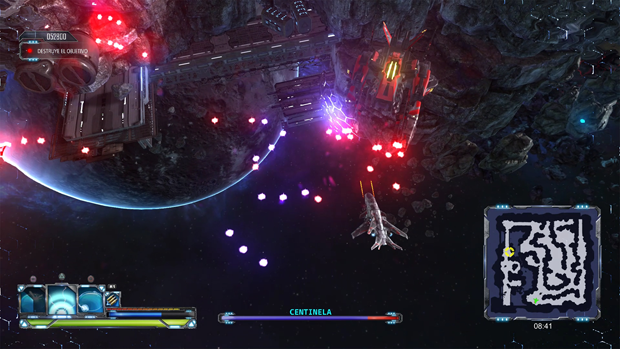 I really liked the world and the throwback to classic films of my youth, with solid designs for your ship, the enemies you’ll run into, the overall setting and feel of this colorfully animated universe. The soundtrack kept me rocking while playing. It’s so good I wouldn’t mind listening to it away from the game – be sure to check it out!

Something you need to know is that there is more content on its way, with mode modes for up to 6 players for some cool space battles. The game is currently only available in Europe, and as it gets released in more territories, the player count will certainly increase, making for a more lively online community. 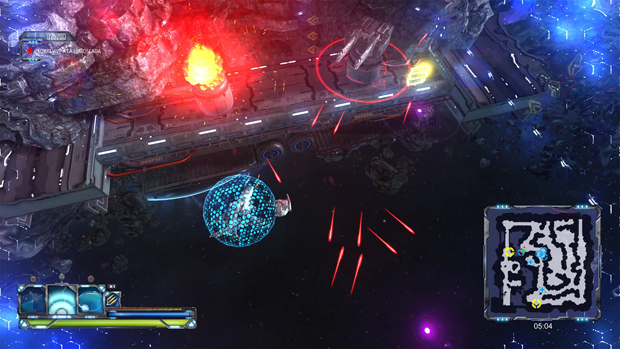 I liked a lot of what I got from Phobos Vector Prime: The First Ring. I know it’s a start to the franchise, with more modes and stories coming further down the line, which is why what is currently there might feel a bit light on content. But after playing the game, I do have to say that for the small asking price, this is definitely a good deal!

Disclaimer
This Phobos Vector Prime: The First Ring review is based on a PS4 copy provided by Gunstar Studio S.L..