Sir Eatsalot from Behind the Stone and eastasiasoft is a fun and colorful action platformer on PlayStation Vita that you’ll dig. Find out more about it in our Sir Eatsalot review!


In Sir Eatsalot you’ll be taking control of the titular character who sets out on an adventure due to a war between the evil sorceress Hysterica and the Rat Clan and the peaceful King Dietan III of the Kingdom of Gluttington. The sorceress plans to poison the water with her sour lemonade, which would slowly destroy the land and harm its people. You must, therefore, search for a way to neutralize the sour lemonade to ring peace back to the Kingdom. 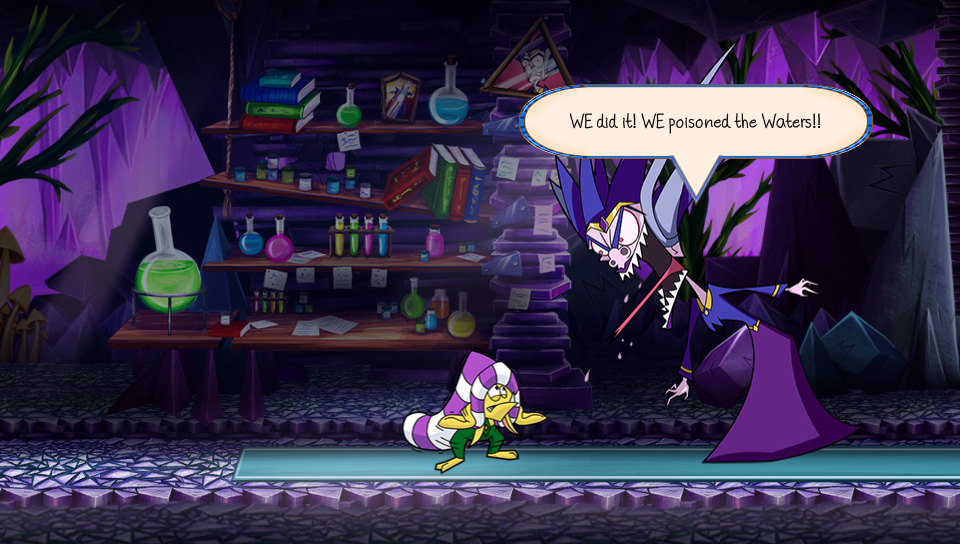 Controls for this game are simple and to the point. You can move around with the D-Pad or the analog stick, and you can run by double tapping in the same direction. You can also jump by holding down the X button, can use your shield to defend yourself by pressing the R button, and can swing your mighty sword with the Square button. You’ll also use the touchscreen and the rear pad, but that’s all you’ll need to learn for this one! The game will show you the basics over a short tutorial stage at the start of the game so that you are ready for anything you might face during your journey. 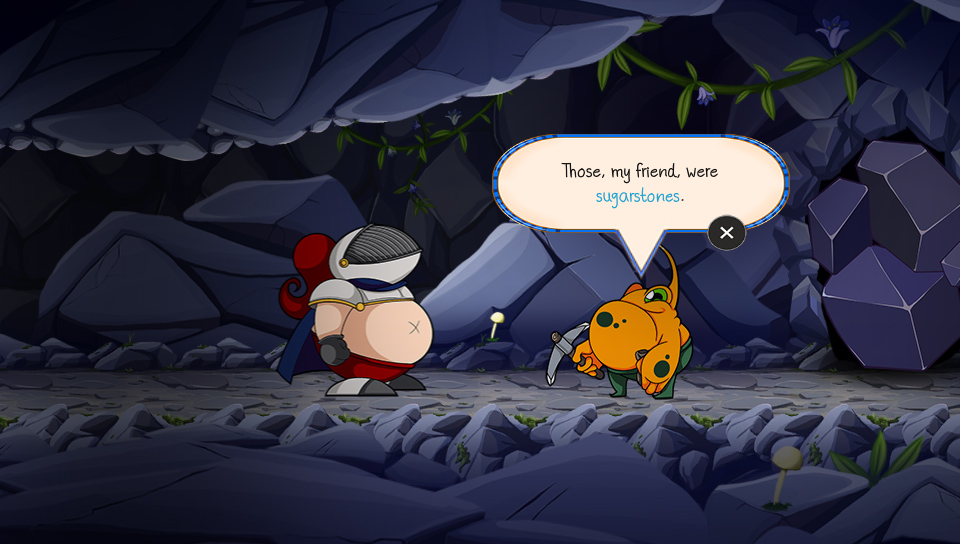 As you wander through each area you will need to tap on the food you see in the foreground and background so that you can feed Sir Eatsalot since his stamina bar will lower every time you run, and no stamina means you can’t run before a long gap which can only be cleared by a long jump with some extra momentum. Sweets will allow you to recover some of your stamina bar, while salty and more hearty food will allow you to recover some of your hit points, represented by three hearts in the upper left corner of the screen. 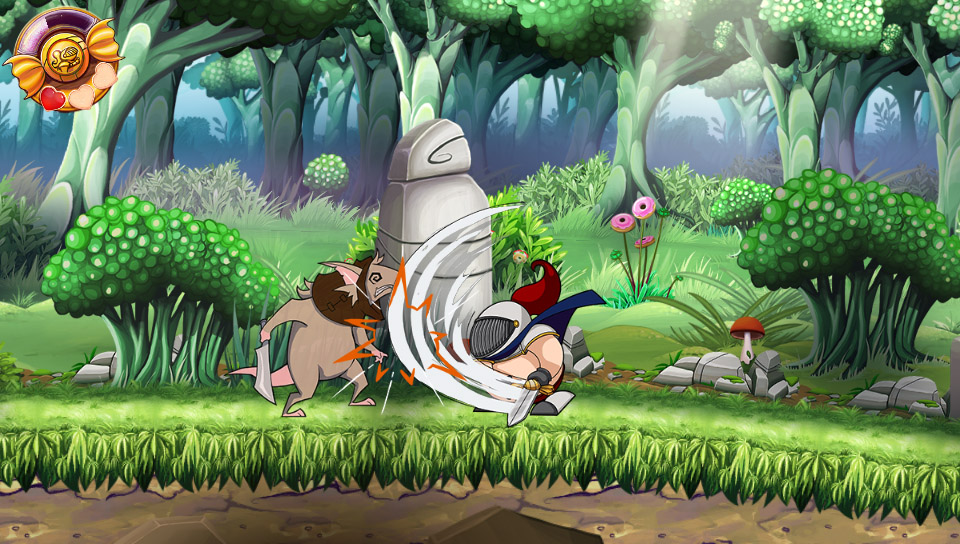 You will find items and creatures that will be added to your journal. When you find something new you will notice a pen icon in the upper right corner of the game that you can click to review some extra information on whatever has just been turned into a sticker to add to your collection. Just tap on something to open up a page on which you’ll be able to trace the outline of whatever it is you want to turn said creature or enemy into a sticker, and as long as you finish before the timer runs out, you’ll have a new sticker. If the timer runs out, or if you didn’t do a good job tracing the outline, you can just tap again on the creature or enemy to give it another shot. 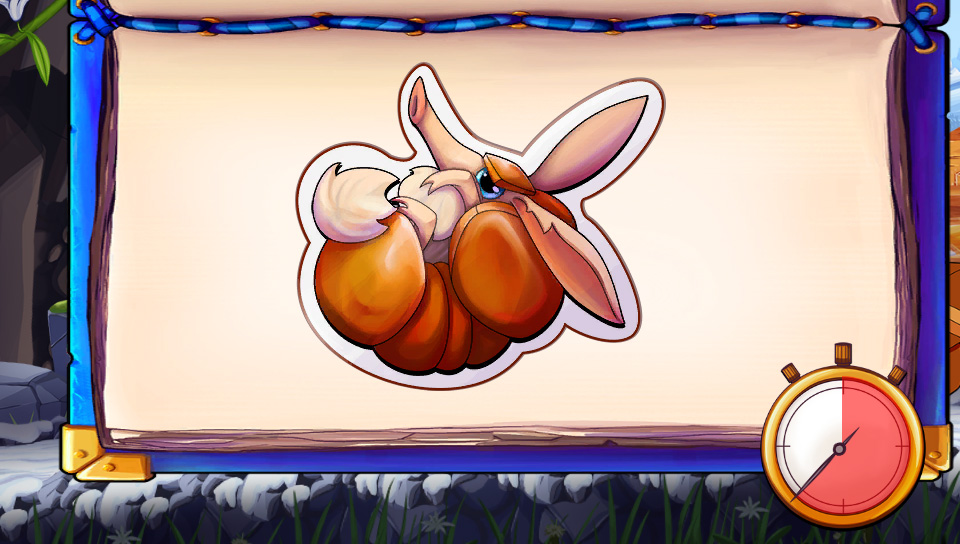 The game will take you through a lush forest, to the creamy tops of the mountains, and through a mine where chocolate lentils are mined, to name some of the locations you will explore. They’re all very colorful and charming areas that will come to life thanks to the great animation work of the development team, so you will surely have a lot of fun as you walk, run, jump and slash your way through. I do want to mention that one of the sections in Sir Eatsalot during the second half of the game does feel a bit too fetch-questy, but once you’re past that you will be ready for more fun until the end. 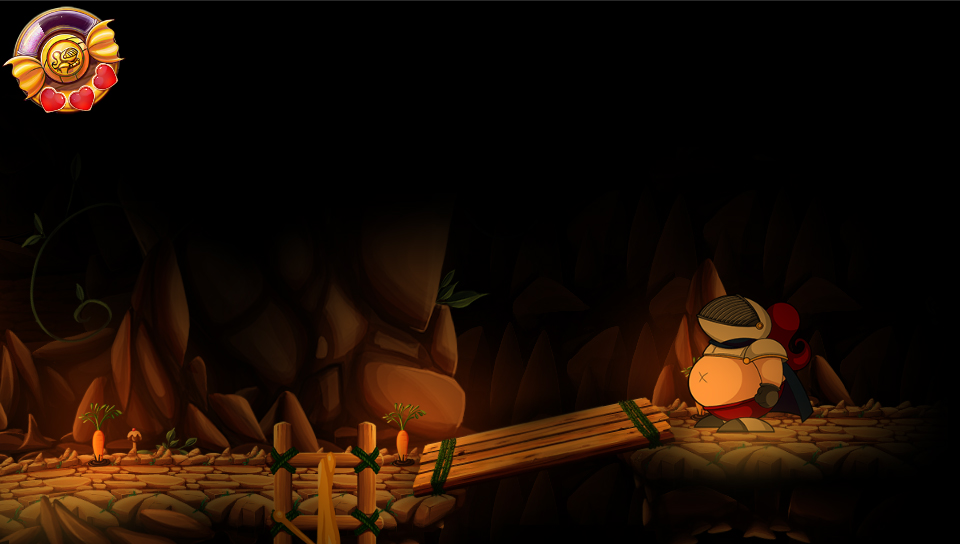 Sir Eatsalot includes a full trophy list with a shiny Platinum trophy to unlock, so as long as you persevere, and you make sure you don’t miss the couple of missable trophy in the whole game, you’ll get your Platinum in around 6-7 hours at most. Be sure to check the developer’s Twitter account for a hint on how to make sure you don’t end up missing those trophies, and the rest of then will come naturally as you play. Sure, there are around 10 trophies that require a bit of an effort on your end, but you can always go back to previous areas to get them as long as you don’t cross get past the “moment of no return” that will lock you out of the rest of the non-story related trophies – that is, if you’re not going for the one for getting all stickers since two of them are highly missable if you don’t tap on the creatures right after you find them! 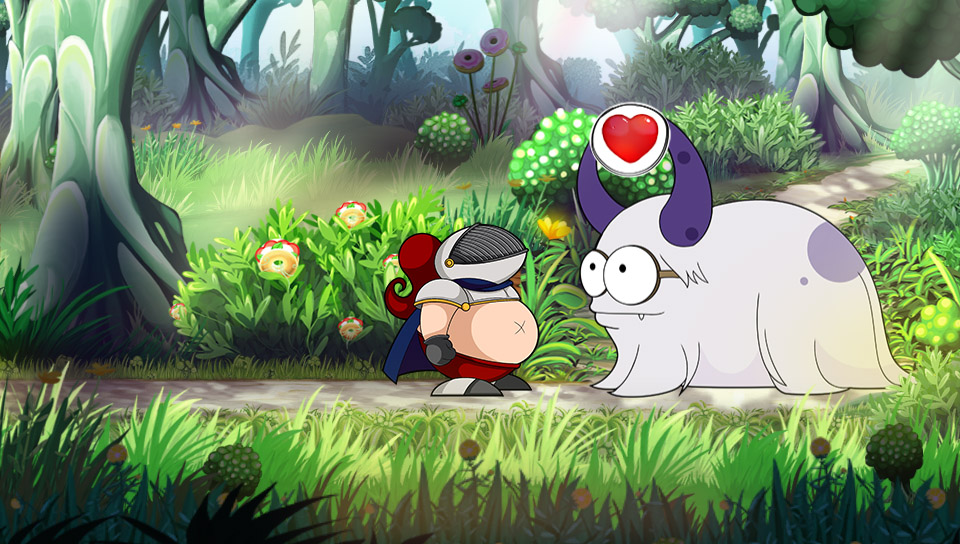 Sir Eatsalot is a fun, colorful and charming puzzle platfomer that will surely appeal to you on PlayStation Vita. There’s plenty to do in this game, especially since the game uses every single element of Sony’s portable console, including the touchpad on the back as well as the rear-facing camera! So if you’re in the mood for some light platforming and puzzle solving, be sure to check out Sir Eatsalot! 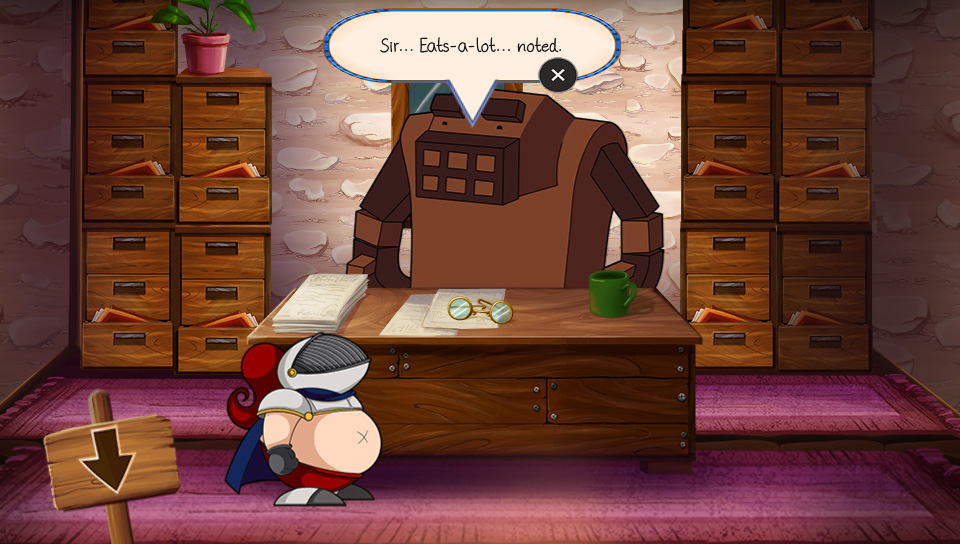 Disclaimer
This Sir Eatsalot review is based on a PlayStation Vita copy provided by eastasiasoft.