Trailblazers from Supergonk and Rising Star Games is an arcade racing game that can best be described as a cross between the WipEout and Splatoon franchises. Find out why in our Trailblazers review!


In Trailblazers you will race around fast-paced tracks as you try to paint patches of the road in the color of your team so that you can then use said spots to boost past your enemies as you aim to win. You can take on the game in teams of up to three against a similar team. This is why the game is billed as a co-op racing game, since you’ll be working towards benefiting your team as you race and paint the track in your favor – while trying to keep your opponents from doing the same. 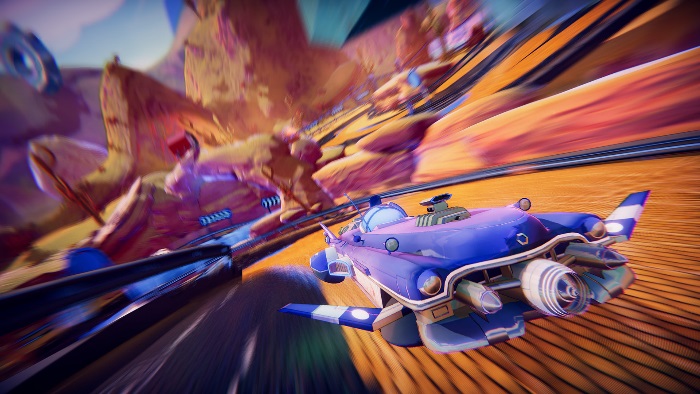 Trailblazers is a team-focused racer, much like Splatoon is a team focused paint shooting (and very fun!) game. You will shoot paint from the cars on to the tracks to create boosts zones, and obviously the more paint you can pump out the longer the boosts and the bigger the odds of you winning a race. You’ll get to play either locally or online, and you can tailor your experience by customizing races by picking the track, the car you’ll use and the way you’ll race. 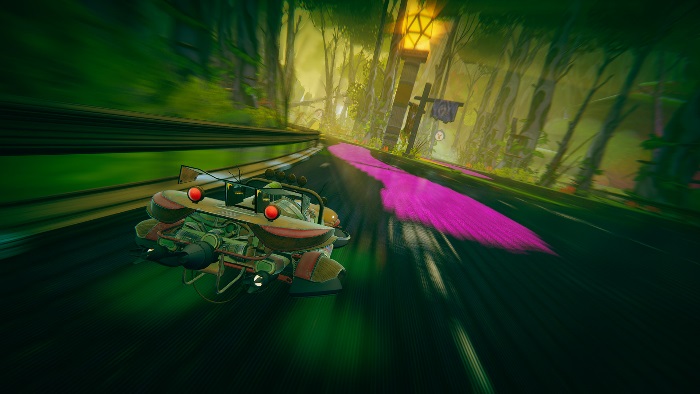 The game also includes a proper Story Mode in which, over the course of several chapters, you will play as one of the eight available characters, as you learn more about their specific backstories and how they interact with this fun and colorful world. The characters talk in gibberish, a bit like in Yooka-Laylee and on the other classic Rare games from back in the Nintendo 64. It’s not a full-on visual novel style story, but it is comical and light hearted, and a fun addition to the co-op gameplay. Each event has tree tokens, and you’ll need to secure at least one to progress to the next event, so even those who are not as skilled at racing games will be able to progress in the Story Mode. You might get some of the tokens for finishing a race in a certain place, and some will be score-based, to name a few examples.


Trailblazers’ paint mechanic definitely allows the game to stand out from the group of racing games in the PlayStation 4. Doing a good job at painting considerable parts of a track will allow you and your team members to drive over that area to automatically boost your speed up to three times your regular speed, which takes you into a WipEout type of fast racing. But that’s not all you can do with paint! You can also fire it at your opponents, and if you time it right hitting an opponent will make it lose control and spin out, potentially putting you in the lead… which is great since, in the end, your goal is to wind the races you take part in! 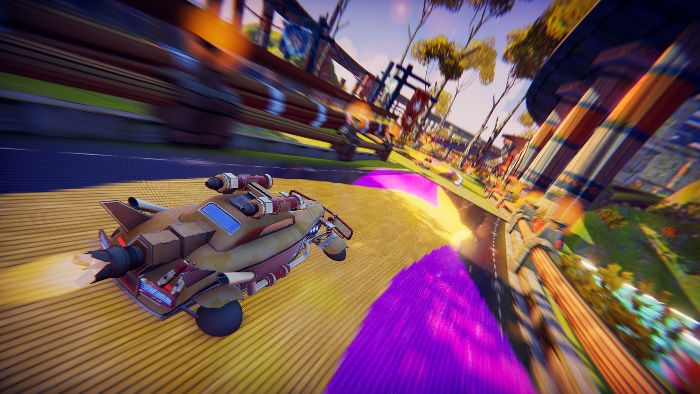 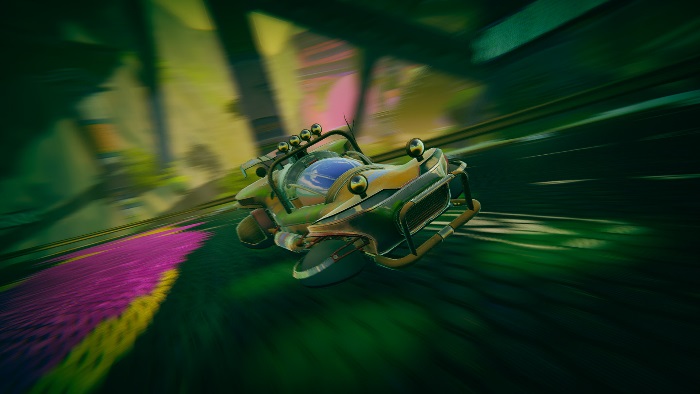 Along with the Story Mode you algo have Time Trials, which are pretty self-explanatory. There are also Gate Races in which your paint is not available, making it similar to a regular racing game as you try to go through special gates which launch lines of paint ahead of you, so your goal is to activate as many gates as you can, as each gate can only be activated once. 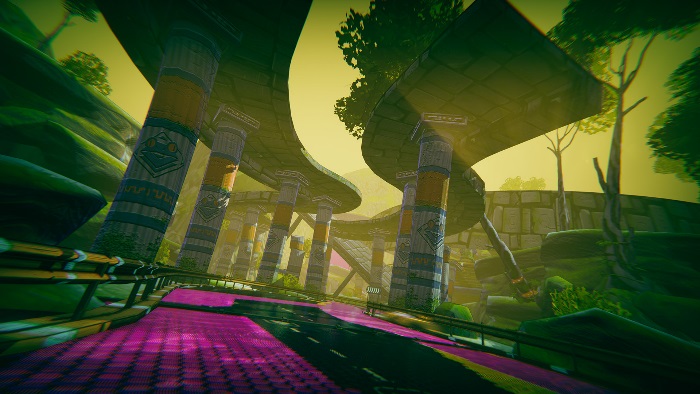 The game’s music is perfect since it’s mostly of an electronic nature, which is sure to pump you up as you race around each track as fast as possible as you try to avoid crashing into the aggressive AI opponents who like to race a bit too close to the edges, rarely braking to slow down to take a turn just right. 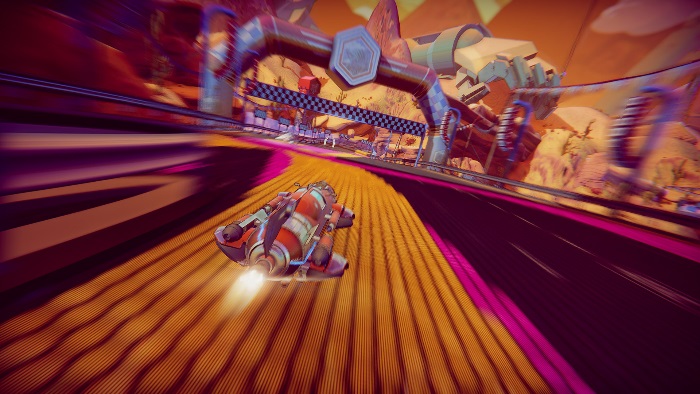 Trailblazers is a very fun combination of gameplay mechanics we’ve seen in other games, bringing them together in a racing game that stands out from the crowd. If you’re into slower racing games then this game one is not for you, but if you like to dive into fast-paced racers with interesting gameplay mechanics that add a new twist into the mix, then be sure to check out Trailblazers today!

Disclaimer
This Trailblazers review is based on a PlayStation 4 copy provided by Rising Star Games.

[Beyond PlayStation] Shadows of Adam Coming To Nintendo Switch