Inspired by the legend of Maui and the Great Fish, Reverie is an action-adventure game that draws its inspiration from many classic hits of ages past. Find out if the end result is worth playing by checking our Reverie review!


The story of Reverie is set on a fictional island of New Zealand, the country of the developers. You play as Tai, a young boy who arrives at his grandparents’ house on the island for his summer vacations. Not long after arriving, you’ll be out there exploring the island to find the spirits inhabiting the area and hopefully prevent the destruction of the whole island! If you have played the original The Legend of Zelda, you’ll quickly notice how it inspired some of the design choices of Reverie. You will explore the game one screen at a time, in the overworld map and in each of the dungeons you visit. 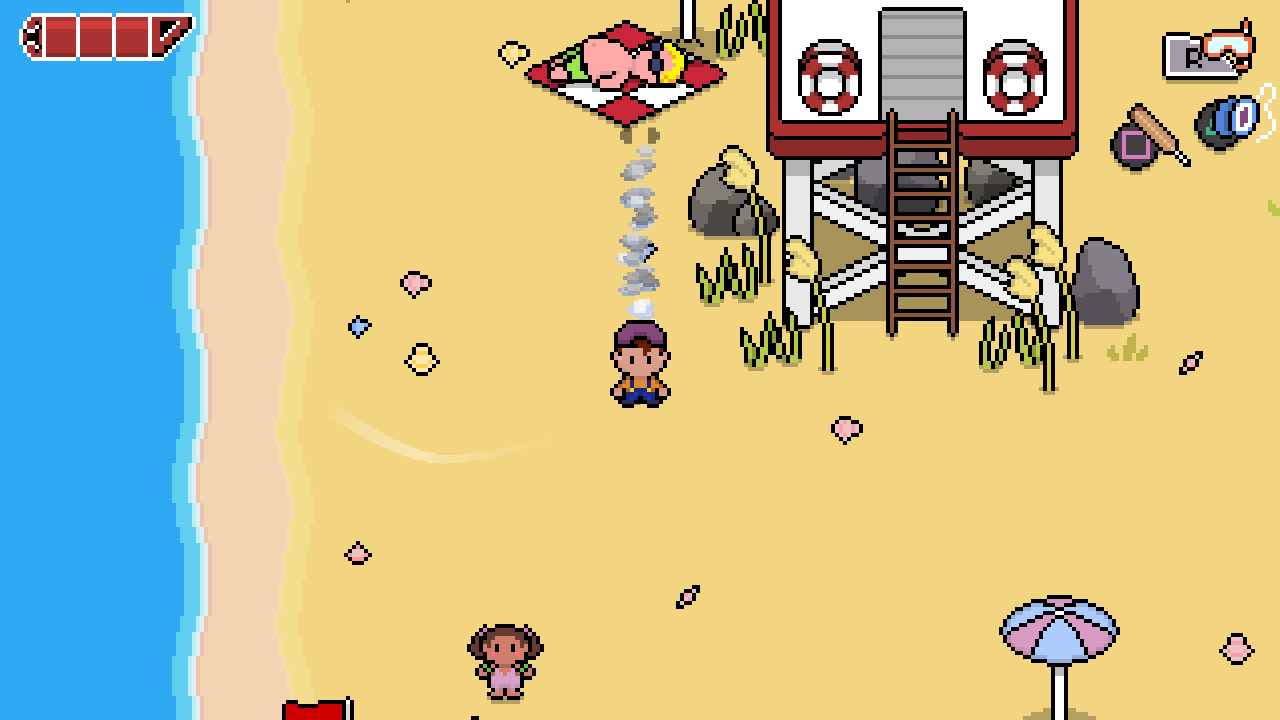 Once inside a dungeon, you’ll have to find your way to the dungeon boss, which will require you to solve some puzzles and find the boss room key (see why I mentioned The Legend of Zelda?). The puzzle side of things won’t give you much trouble since every puzzle is rather simple to figure and won’t hinder your progress in the game. As for the combat, you won’t be wielding a sword as in that other game, since this one takes place in the modern day! Instead, you’ll be equipped with your cricket bat that serves as the primary weapon for the game. As you progress, you’ll find other useful objects to help you both to attack enemies as well as to solve some of the puzzles, like, for example, a yo-yo or a shovel.

As for the visuals, the game looks straight out of the 1990s in all if its 16-bit glory! To be more precise, the look of the game’s character, for example, will remind you of the cult classic Earthbound. The team was definitely going for a retro feel with a very colorful twist, making the game feel very alive. 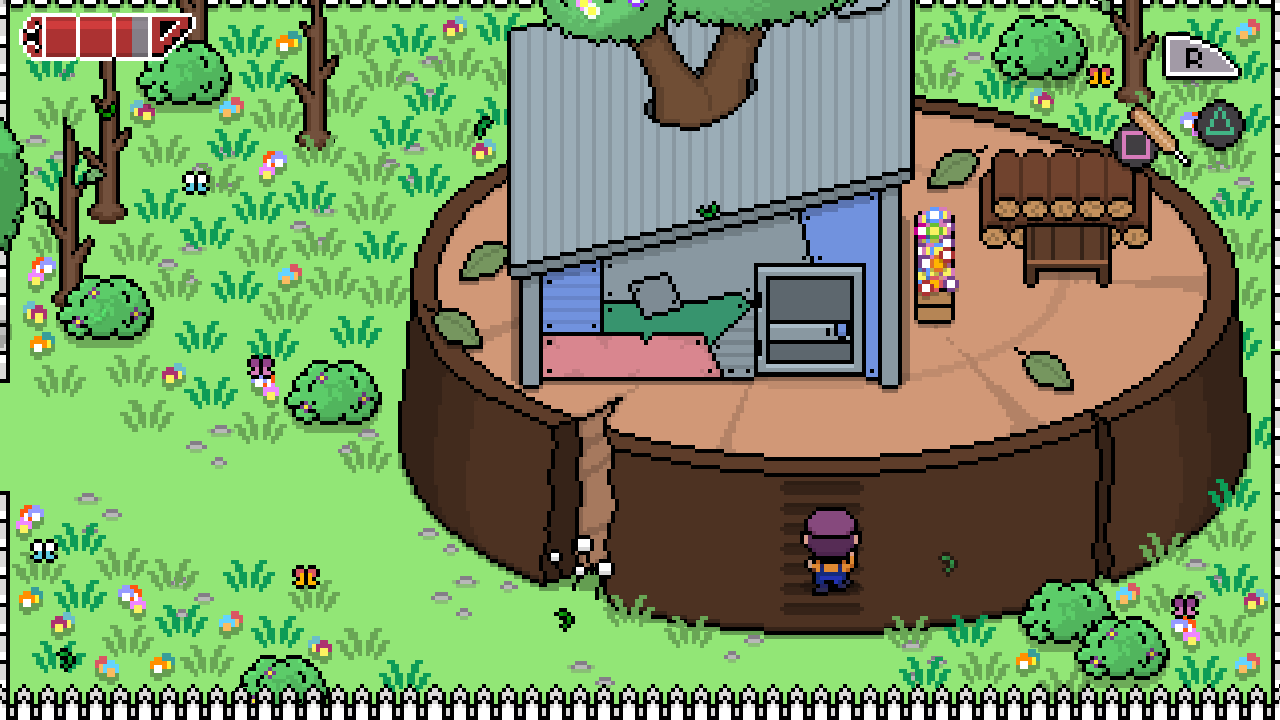 The world map is fun to explore, with a lot of variety considering it’s a game with a smaller scale than what we had in a game like The Legend of Zelda: A Link To the Past. The world map enemies are a bit repetitive though, as they’re basically the same 3-4 monsters over and over again, sometimes with different skins applied to them, but that’s not much of an issue considering you’re mostly out there to get to the next dungeon. Speaking of which, there is a total of six dungeons to explore and beat in the game, which should take you around 5-8 hours to complete, which, for me, is a perfect length for this type of game. There is also one type of collectible that you can gather throughout the map, feathers from different bird species of New Zealand, which adds some extra replay value to go out there and explore – plus, you know, giving you some trophies. 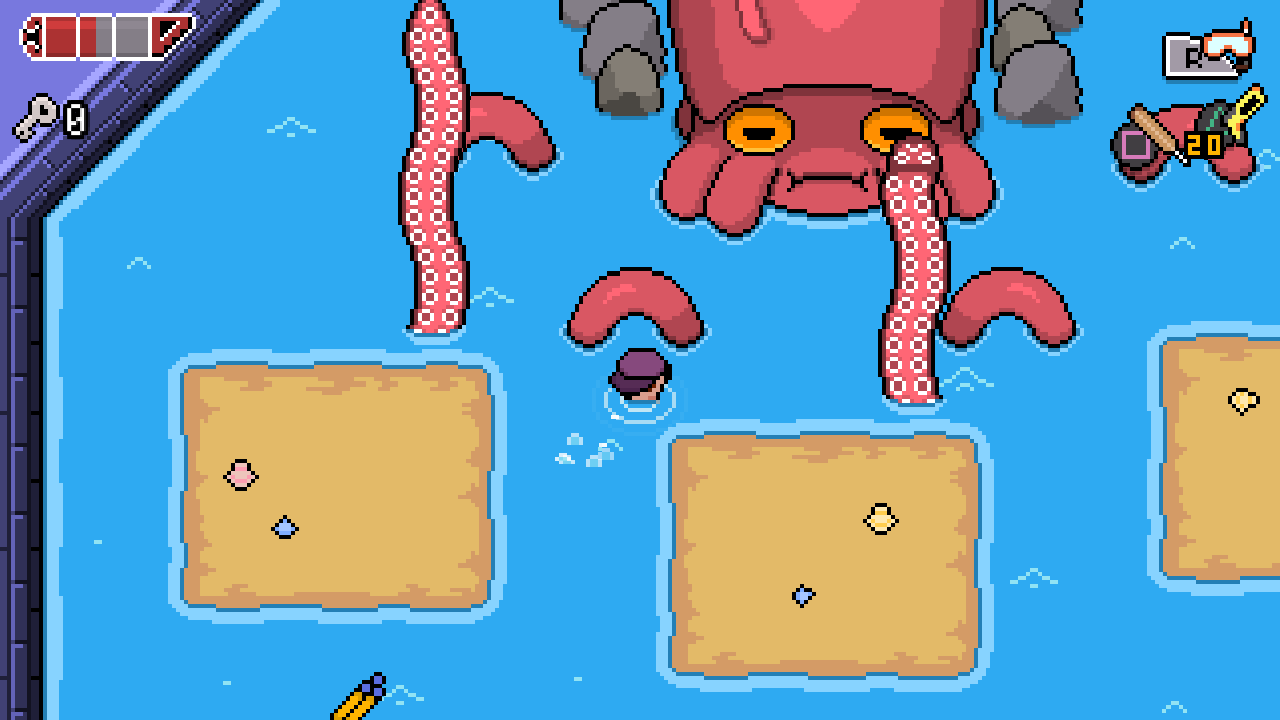 On that note, this game can help you add two easy Platinums to your collection. There are no missable trophies in the game, so every trophy that you don’t get during your regular run with the game you can get in the post-game after beating the final dungeon. And the two Platinum trophies part is because the game is cross-buy, so getting it on PS4 gives you the PS Vita version for free, and the other way around, and the PS4 and Vita versions of the game have separate lists! So for one low price and a single purchase, you can 100% the game on PS4 and on Vita and get a ton of trophies for your collection.


Final Thoughts
Developer Rainbite has taken inspiration from some of the best classics ever, and they have delivered a small-scale game that’s both a great homage and a release that manages to stand on its own. Reverie is a fun game to play for pretty much everyone that enjoys action games. Reverie is totally worth your time and money, and I look forward to seeing what the team does for their next game! 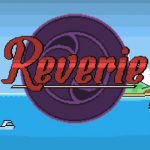 A great homage to the classics and a very entertaining game!

Disclaimer
This Reverie review is based on a PlayStation 4 copy provided by Rainbite.