Death Road to Canada is a Permadeath Randomized Road Trip Simulator. You manage a group of survivors through decision making events as you travel from Florida to Ontario, Canada. This is mixed in with exploring, sneaking around, or fighting in randomly generated cities and other locations.

In Death Road to Canada, you are following a small group of people who are traveling from Florida to the safest place on Earth: Canada. Why? Because there’s a zombie outbreak! As you begin, you are invited to select your starting character either using the pre-determined choice or by randomly generating a new one. Once you’ve found the one you like, you’ll get to embark on this suicide mission.

When you start your 15-day road-trip to the safest place on Earth, you’ll be in your car, driving around… and then a random event will happen. The events themselves are truly randomized, and I found that there were a lot of different things that could happen, playing on variations on the same overall themes or categories. As you go towards cities, you’ll often want to stop and select from the available options to search for some loot or even let other people to join your group. Having more people with you is a must since it will increase your odds of surviving. This being a roguelike means that when a character dies, it is gone for good, so be careful! 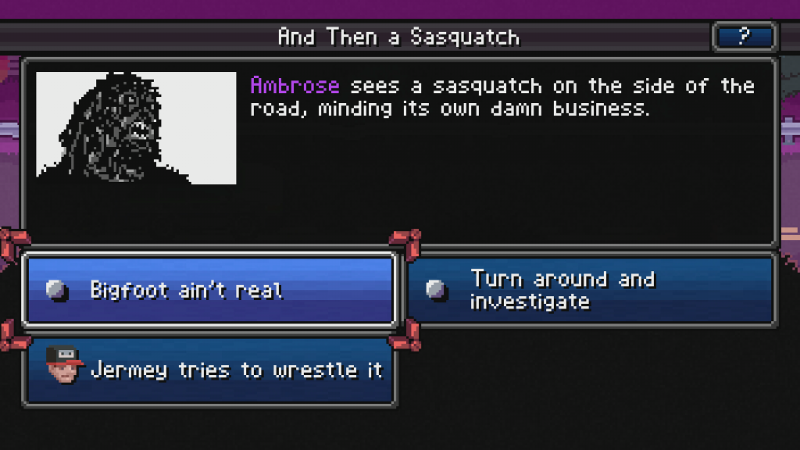 When you’re not in your car, you will likely be in a small map packed with zombies, searching for loot while trying to kill every zombie in your way. There is a lot of loot available, and you’ll find consumables (food being the most important resource in the game), or you might find some weapons. You can pretty much use anything as a weapon: a meat slicer, a wooden plank, a gun, even the remaining spine or bones of the zombies you’ve defeated! There are also Zombo Points that can be secured and those grant permanent upgrades to your characters when you start a new game, so be sure to get those!


The zombies can be hit by pressing the Square button, and I’m happy to report that hit detection is pretty much perfect, making sure that if you swing or attack at a zombie, it’s going to feel the burn. As you attack you’ll start to sweat (destroying zombies is hard!), and you’ll need to stop attacking to recover your stamina. If you’re damaged by zombies, be sure to find a safe spot for a few seconds so that you can recover, or else the zombies will overwhelm you and end your existence! 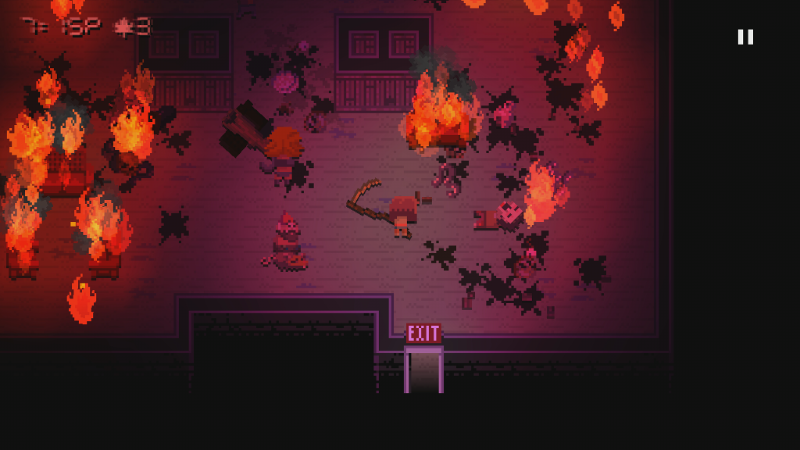 I can’t review Death Road to Canada without mentioning its difficulty. This is a hard game, and I’ve even had runs in which my character got properly destroyed during the FIRST event. The further you progress in the game (which is identified by how many days are left until you reach Canada, starting at 15 days and counting back), the harder the events get, so if you can make it past the first handful of days you’ll definitely start to get better at the game with every step you take, every mistake you make, and every new thing you learn. 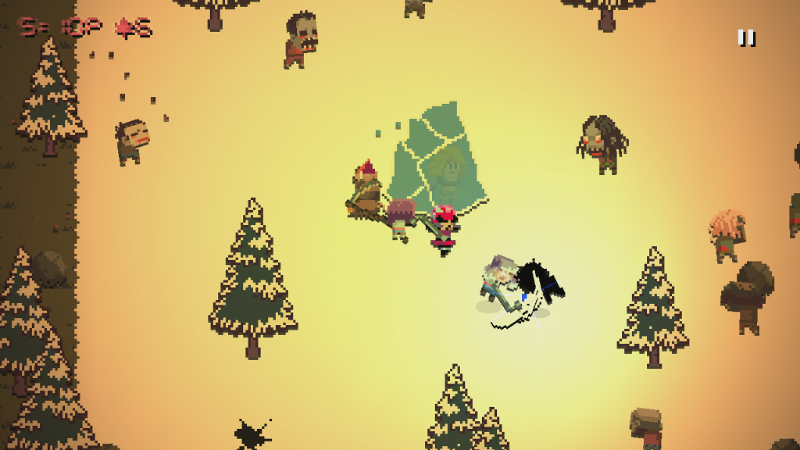 The other day I was playing in co-op with my daughter, and I wasn’t really paying attention at her as she was busy fighting a small group of zombies on her side… but I then noticed she had stopped playing. Busy with my own zombie group to kill, I asked her what was going on, and she told me her character died and she was waiting for him to respawn. I chuckled and told her that in this game, the characters die for good, which was a new concept for her.

As for the game’s presentation, I liked the pixel art style, and it definitely fits the genre – it’s charming while still being dark, becuase, you know, zombie outbreak and death. The soundtrack is also very catchy, and the different chiptunes it includes definitely set the tone for the scavenging and the action. 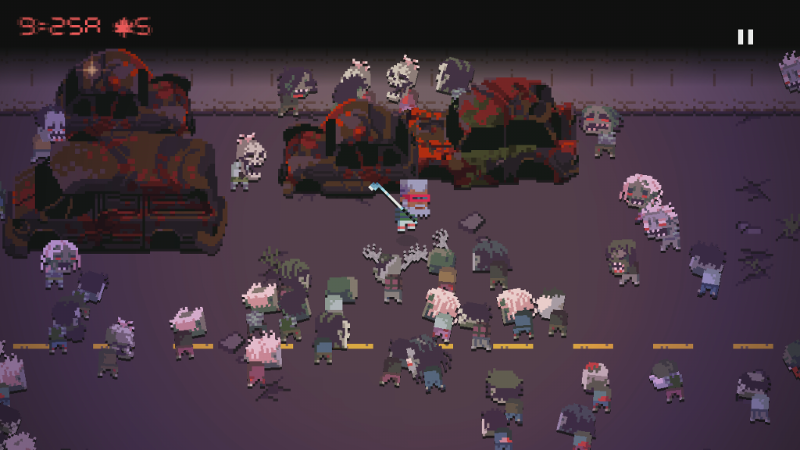 Final Thoughts
Death Road to Canada is very fun when played on your own or with a friend in local co-op, and I really liked the fact that each run was different from the previous one since it kept me coming back for more. Sure, the game is hard but if you’re careful and plan your moves you’ll eventually make it to your destination… right? Be sure to stock up on supplies, find the permanent upgrades, and kill as many zombies as you can!

Disclaimer
This Death Road to Canada review is based on a PlayStation 4 code provided by UKIYO Publishing.