Can you survive in the harsh world of Conan the Barbarian? Will you rise from nothing to eventually rule the empire? Find out if you’re up to fulfilling your destiny in our Conan Exiles review!

Conan Exiles is an open-world survival game set in the brutal lands of Conan the Barbarian. Survive in a savage world, build your kingdom, and dominate your enemies in brutal combat and epic warfare.

Start with nothing but your bare hands and forge the legacy of your clan, building anything a small home to gigantic fortresses and entire cities. Wage war using swords, bows, siege weapons, and even take control of giant avatars of the gods and lay waste to enemy cities.

Explore a vast, seamless world full of challenge and opportunity. Hunt animals for resources, slay monsters for treasure, and delve deep underground to discover the secrets of ancient civilizations.

Conan Exiles can be experienced in both local single-player and in persistent online multiplayer.

Conan Exiles is a new MMO survival game set in the Conan the Barbarian universe. As is the case for other survival games out there in the wild, you will find yourself quickly sinking a ton of hours into this game, as you learn how to play, find out what you can and can’t do, and try to aim at ruling the savage world. 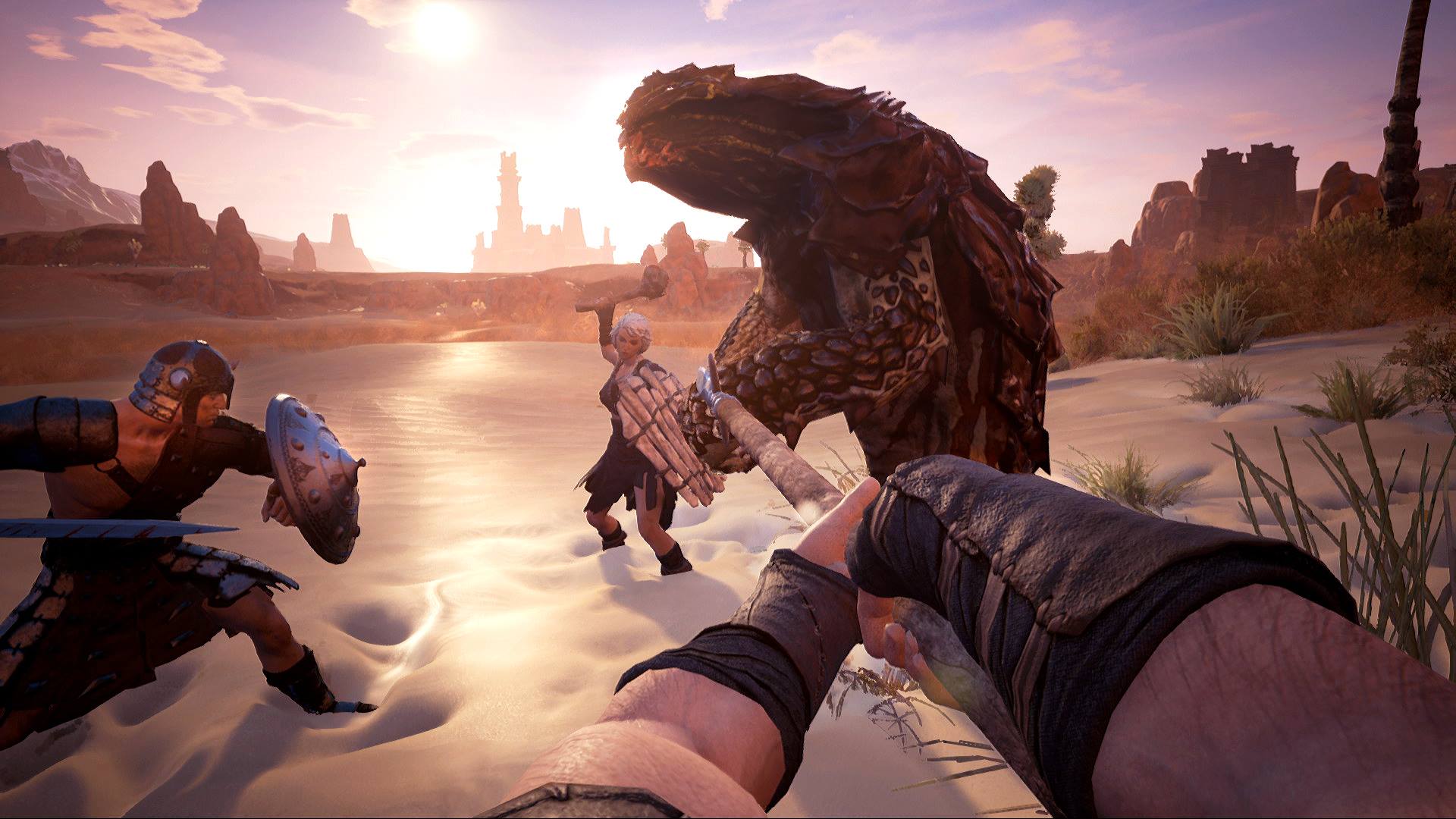 Since its the first thing you have to do in the game, let’s talk about the now infamous character creator, which at first is not hugely different from other character creators that you will see in similar games. You choose your face, hair, skin color, hair color, do small adjustments on how your eyes look, and work on setting up other little details. Since I went with a female character, I did notice that there was a slider to adjust chest size. That’s right you can adjust the woman’s breasts, and she is topless, so you can see exactly what you are getting. To fool around for a bit, I changed my character to a male and noticed there was an “Endowment” slider, which means you can change the size of your penis. You get a loincloth to cover it, but you can definitely expose it later.


Once you are done with that, the game starts with a cutscene with you on a crucifix. You are approached by Conan the Barbarian who cuts you down from it, worried about how you will survive in the harsh world before you… but he isn’t worried enough to stick around and help. From there you are given basic objective: learn to eat, drink, and find shelter. Those are fairly simple goals, but you will soon be building basic shelters, making clothes and armor for your characters, as well as tools, and weapons so that you can continue to strengthen your character. This is the gameplay loop: want to create something? Then find the materials, craft the item, use said time to progress in the game, and then pick your next arts and crafts project. The overall creation process seemed fairly straightforward for me, and without any hand-holding from the game. 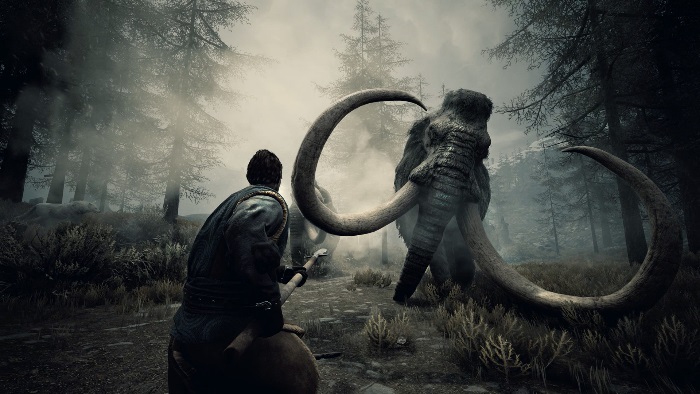 It feels similar to how things are done in Ark: Survival Evolved, a game that did take me some time to learn how to play the game and how to survive, so if you are new to the genre then it could take some extra time for you to get used to how things work. Nothing beats some good old-fashioned trial and error, so you will learn new stuff from the mistakes you make – just be patient and give the game a chance!

Combat in the game isn’t super complicated since you use combinations of strikes to create basic combos. It isn’t hard to pick up, as long as you make sure you bring a weapon to a fight, or else you’d be in big trouble. You learn that the hard way early in the game when you realize that your fists don’t make a difference when battling against the wildlife. But with a weapon in hand, once you get the hang of things, you will be chopping off limbs and other body parts. 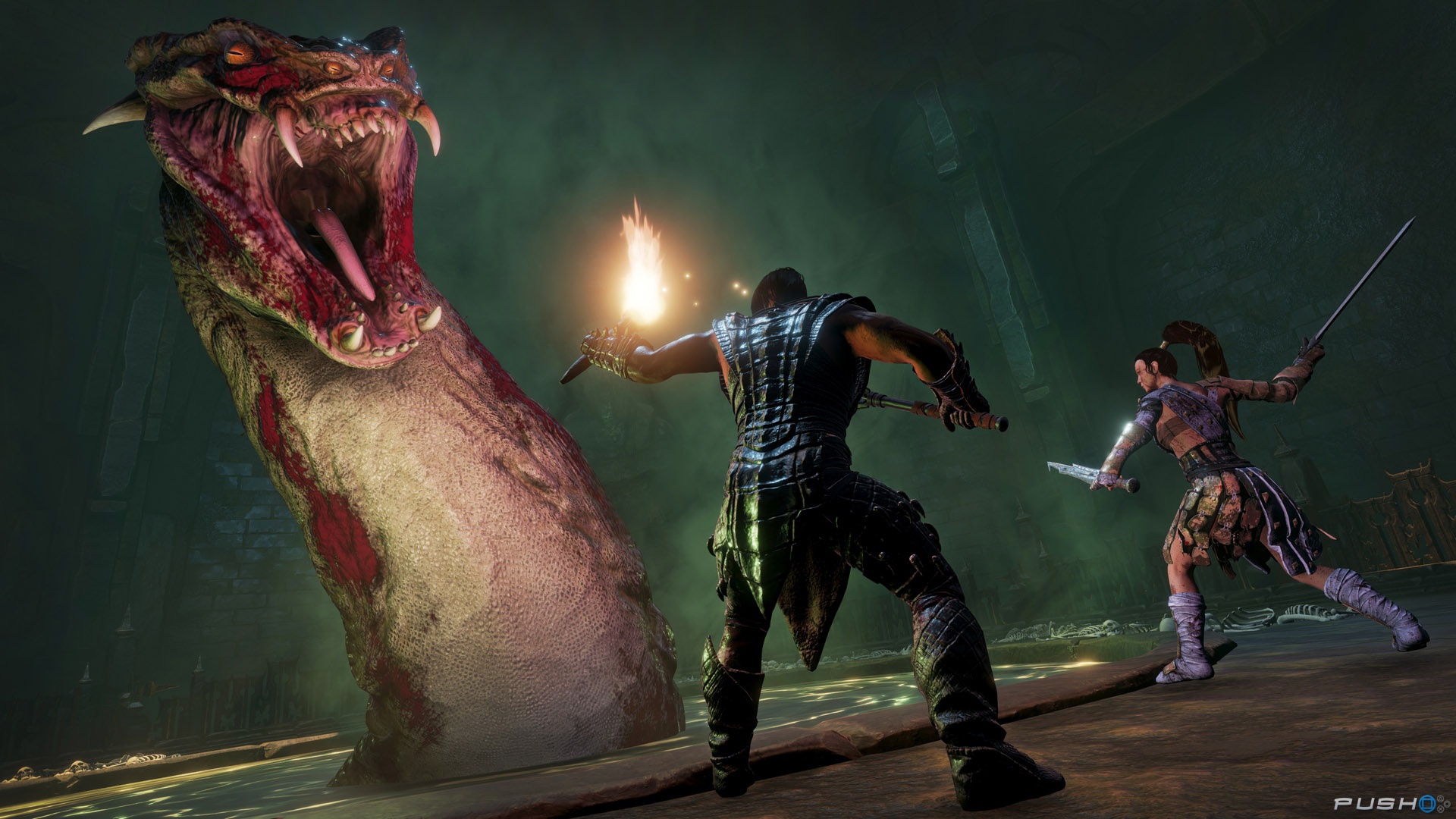 There is a system for having slaves or “Thralls” as well. You have to capture them and torture them. It gave me visions of being like Ramsey Bolton for my Game of Thrones fix. I don’t love the ethics of the system or how you get them to your side, but boy, they are invaluable for protecting your stuff. If you have enemy raiders attempting to steal from your home, they will fiercely protect it. It’s an interesting gameplay mechanic and I look forward to seeing how Funcom improves on it with updates to the game.

The game looks great overall. The whole world of Conan is brought to life in style, with all the vegetation and wildlife really helping to make everything pop. And then there’s the architecture which really helps with the whole vibe of a “mystical land far away” that we know from the stories of Conan the Barbarian. It’s very interesting since the game recently came out of “Early Acess” and this is a very solid release with a lot of content to enjoy. I do have to mention that I reviewed the game by playing on my PS4 Pro, so your mileage on a regular PS4 may vary. 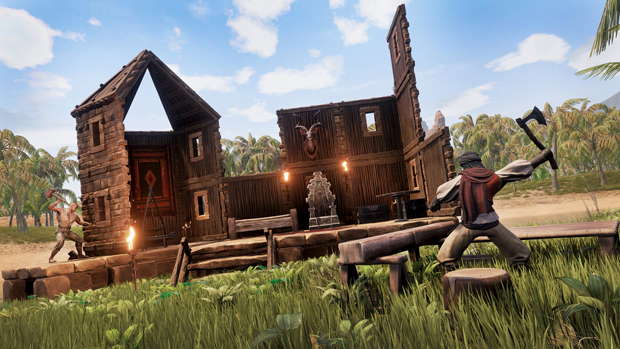 I really liked Conan Exiles. It drops you into an intense and brutal world, and it has deep gameplay mechanics that rewards you for digging deeper into the game. There is potential for some really cool things you can do, and this is the type of game in which you can spend 100+ hours playing. The combat is a bit too simple for my taste, so hopefully that is improved as the game is updated. I’d also like to see how Funcom can evolve the Thrall system some more but, overall, this is an easy game to recomend.

Disclaimer
This Conan Exiles review is based on a PlayStation 4 copy provided by Funcom.