City of Brass from Uppercut games is a first-person roguelite action adventure from a team that, among other projects, previously worked on Bioshock. Intrigued? Learn more about it in our City of Brass review!


In City of Brass, you will play as a thief in an Arabian Nights-themed first-person adventure in a magical city packed with loot as well as with deadly magical enemies. You’re tasked with reaching a stages exit before the sands of time run out, so you’ll need to make every attack, jump and slide count if you want to stay alive, collect a ton of treasure and make it to the exit on time. 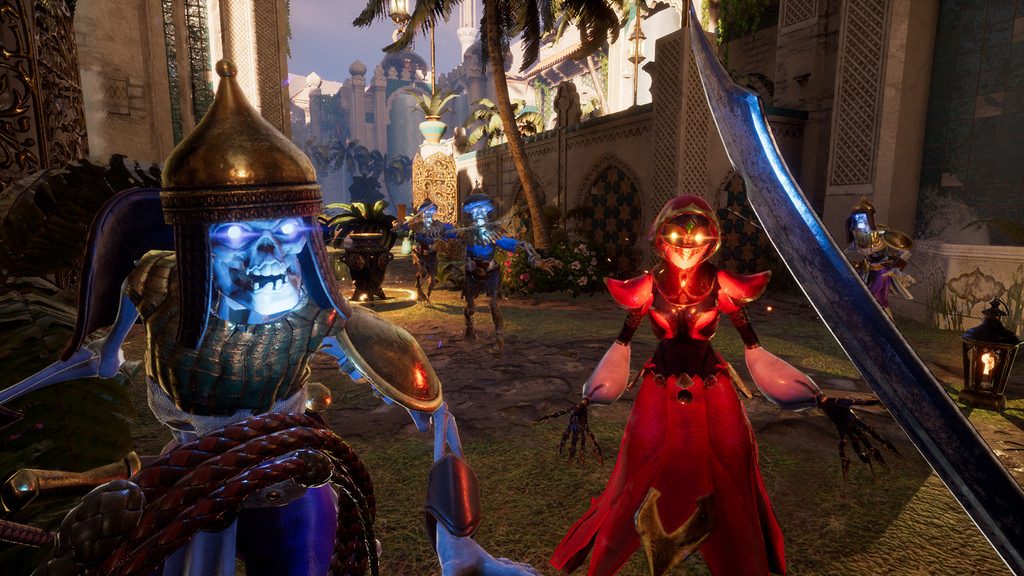 As you start, you’ll be asked if it’s your first time playing, so that you can go into the tutorial to learn the basics. After using the slider to adjust the screen brightness, you will be dropped into the tutorial where you’ll move with the left analog stick, move the camera with the right analog stick, and jump with the X button. You’ll get to interact with doors and other things, such as the treasure you find in your adventure, by pressing the Square button, and can crouch by pressing the Circle button – run and hold the Circle button to slide. 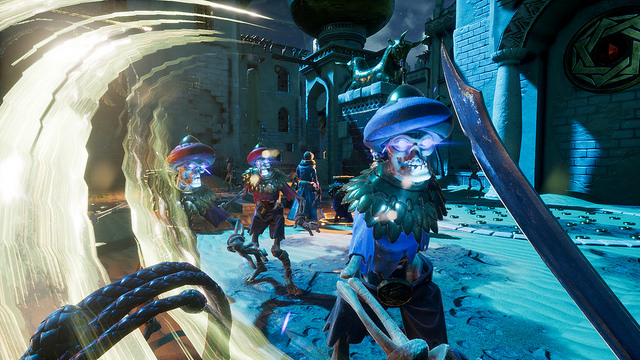 The L2 button activates your whip, while the R2 button allows you to attack with your sword. You can use the whip to grab distant items, and to hit or disarm enemies on the head to stun them to make them an easier target. The R1 button can be used to shove items, hopefully towards a trap that will destroy them. If, on the other hand, you want to pull enemies towards you, and onto traps, you can do so with the L1 button.


City of Brass has a series of divine blessings and burdens to make the game easier or harder, depending on the challenge you wish to face. You could, for example, activate a divine blessing to increase the damage you deal, to bump your overall health, to lower the number of enemies you face, to lower the number of traps or to remove the time limit. The divine blessings are an interesting way to handle the game’s difficulty since they allow players of all skill levels to enjoy it. If, on the other hand, you want an increased challenge, then you can aim to unlock the list of divine burden. You’ll need to sun enemies 50 times, complete a level 20 times before the time limit expires, take 100 damage from enemies, die ten times from traps, kill 50 enemies total and more to be able to unlock all divine burdens. 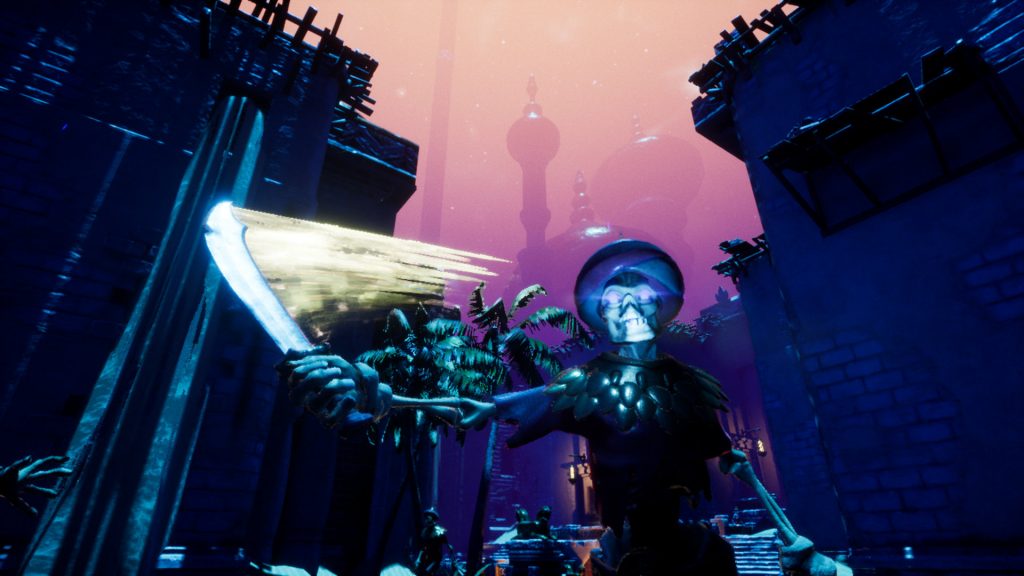 The game includes online leaderboards that track players’ high score, and depending on the type of run you do (with one or more blessings activated or with no blessings being used), you will be placed in the corresponding leaderboard so that you can compare your performance with that of others. 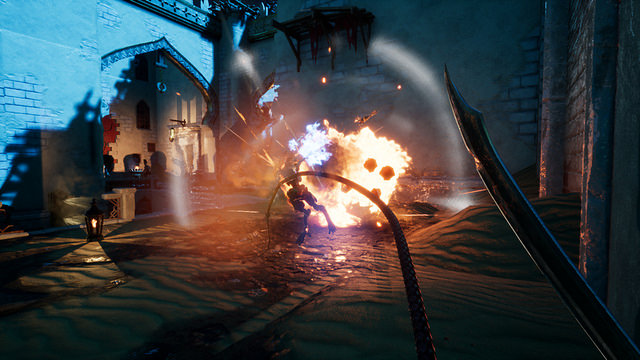 Once you get started, the rules are simple: stay alive and make it to the exit, and grab as much as possible on the way there. The loot you get will be converted to coins which will in turn allow you to hire spirits to help you fight against enemies, or to purchase items from the magical merchant to, for instance, boost the damage dealt by your hired sellsword, or perhaps you want a pair of boots that will allow you to not make any sound while you run, so that you can surprise your enemies.


You have a journal on you, which you can open by pressing on the DualShock 4 touchpad, and it will allow you to check out some extra info on the equipment you have on you, the enemies you’ve battled during your adventure, the traps you’ve run into, the gear you’ve managed to obtain, the items found, the genies you’ve met, as well as the areas of the city you’ve visited. It’s a useful tool, but I do have to say it is weird that there no trophies tied to completing each section in the journal. 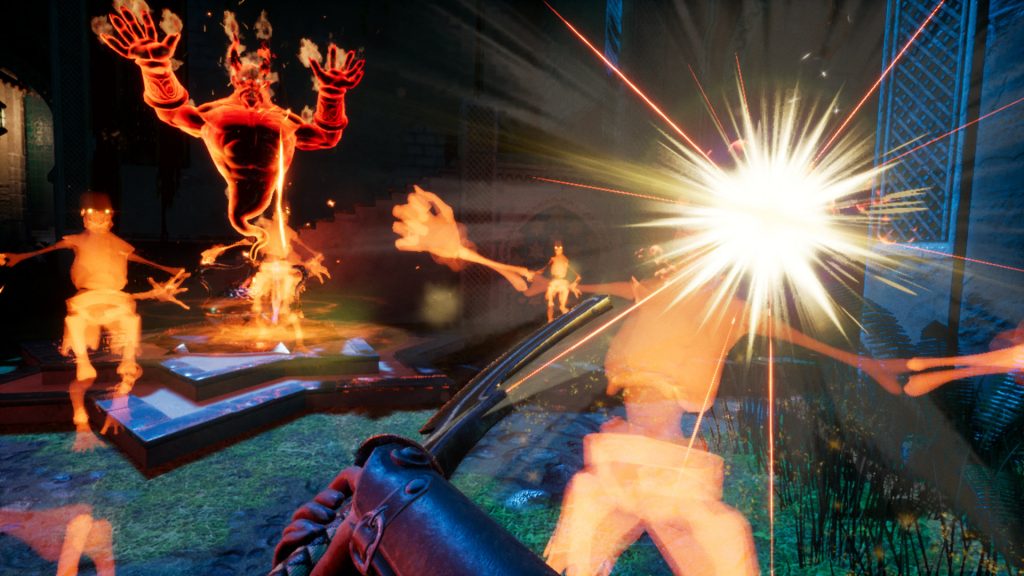 On that note, City of Brass does not have a full trophy list with a Platinum trophy, but it does have a list that, due to the game’s nature, does not have any missable trophies. The list includes a trophy for dying (the one you’ll probably get naturally from playing), trophies for unlocking the divine burden in the game, for unlocking each area of the city, and for completing the game. And then, there is a pair of trophies for completing the game without using any wishing portals and for completing the game with all divine burdens activated, without using any portals or divine blessings, so good luck with those two! 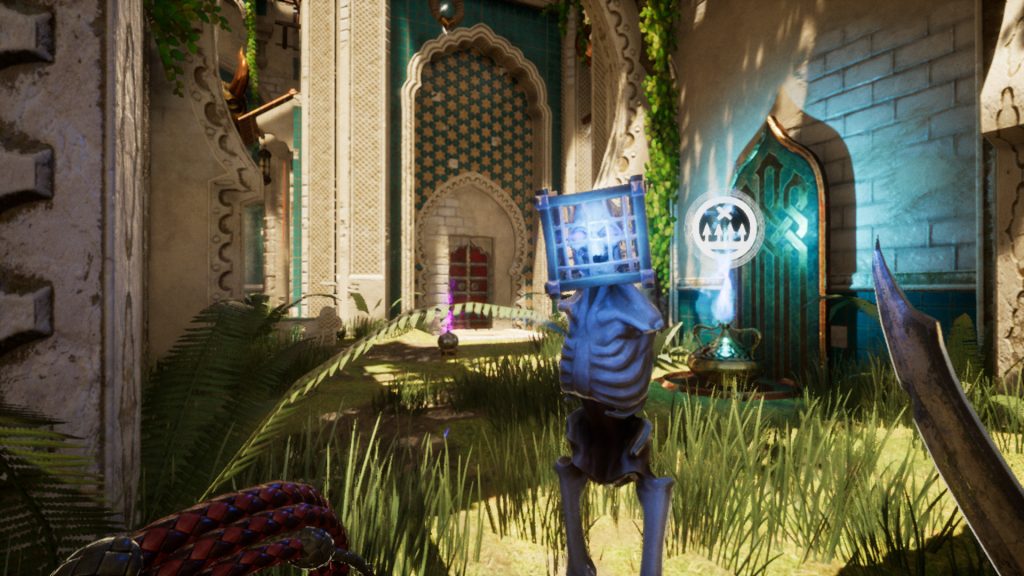 City of Brass is a good looking and solid roguelite first-person adventure on PlayStation 4. While there isn’t much story-telling or narrative in the game, other than the story setup you get during the tutorial from what is shared with you by the spirits of those who died exploring the cursed city, the game more than makes up for it with its gameplay mechanics in a very fun indie release from an experienced team.

Disclaimer
This City of Brass review is based on a PlayStation 4 copy provided by Uppercut Games.