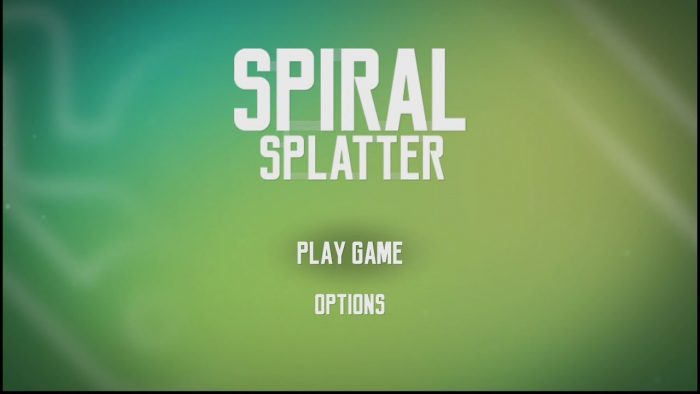 Spiral Splatter from Sometimes You is a minimalist puzzle game on Nintendo Switch in which you must get a ball from point A to point B. Learn more about it in our Spiral Splatter review!


The game starts with a ser of six small levels in Stage 1, which as a group acr as the tutorial. You can move the ball with the left analog stick and can hold down the A button for a boost to greatly speed up the ball. If you want to reset a stage, you can press the X button. This is useful for levels which have checkpoints since you might screw up after reaching a checkpoint, costing you some valuable seconds as you try to get a three-star rating in a level. 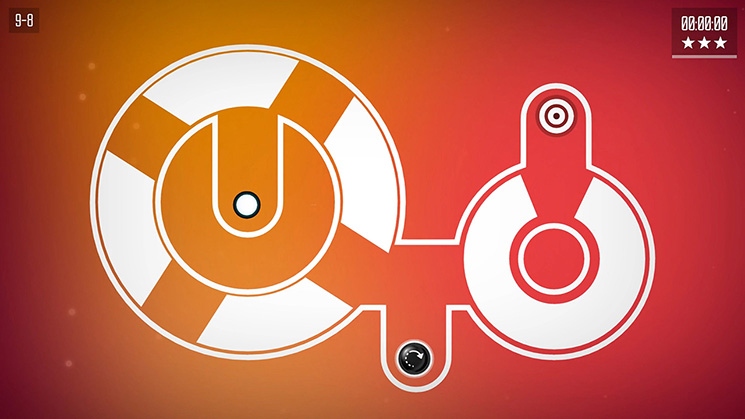 Not all levels have checkpoints, and in those when you hit a wall or a hazard you’ll be sent right back at the start with another chance to make it to the goal in one piece as fast as possible. All levels are contained in a single screen and can be completed in a few seconds as long as you find the right angle at which to tackle a quick and angular turn here or a switch that removes a hazard on one side of the level while placing a new one at another spot. In fact, not all switches will help you since sometimes when triggering switches in the wrong order you will be blocked from completing a stage and will need to start all over again. 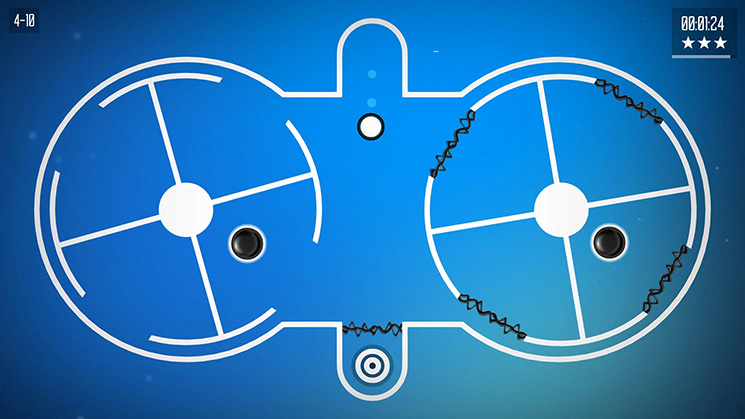 If you get too close to a wall or a hazard, the game will warn you with an audio clue and a visual clue: the screen will have an overall red hue at its borders. This will hopefully get you to correct your path so that you don’t end up exploding. The game will also play a sound every time you miss getting one of the three stars awarded for a level so that if you’re aiming to 100% the game you reset the level and learn from your mistakes instead of having to replay the stage after completing it. 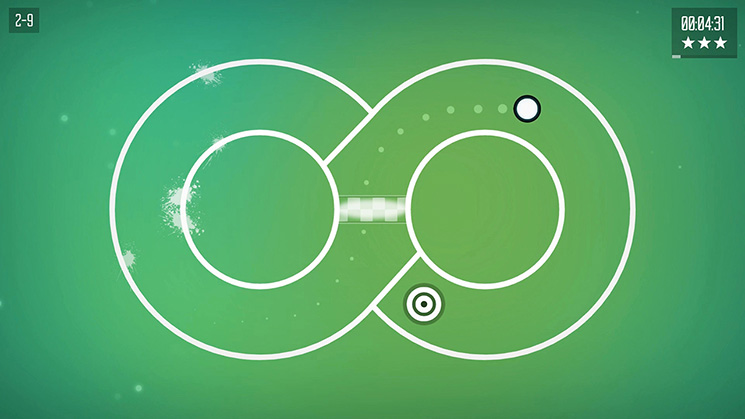 As you collect stars you will begin to unlock more and more stages, and you will need to obtain at least 225 stars between all levels to ve able to unlock the last set of stages. There are over 100 levels to complete, with each new stage ramping up the difficulty while adding something new for you to do. You’ll run into switches, teleporters, moving obstacles, canons that shoot at you either by tracking your movement or by shooting while spinning, timers that open doors that force you to rush towards your objective before said doors close, and more. 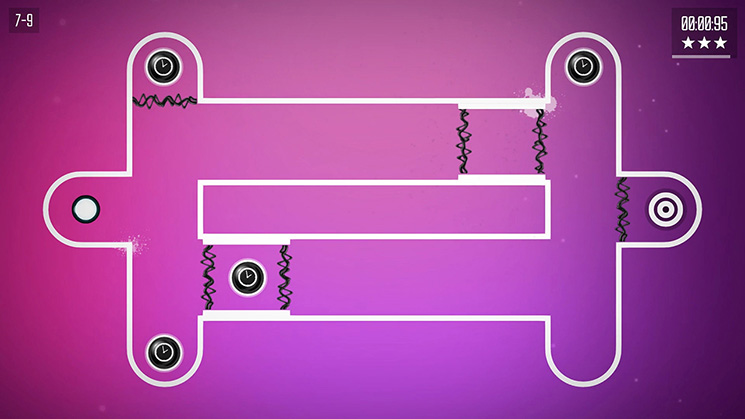 Spiral Splatter is a very addictive minimalist puzzle game on Nintendo Switch I highly recommend you get. There is more than enough content in this one for its $4.99 asking price, and it’s solid difficulty curve will keep challenging you whole never feeling frustratingly overwhelming. 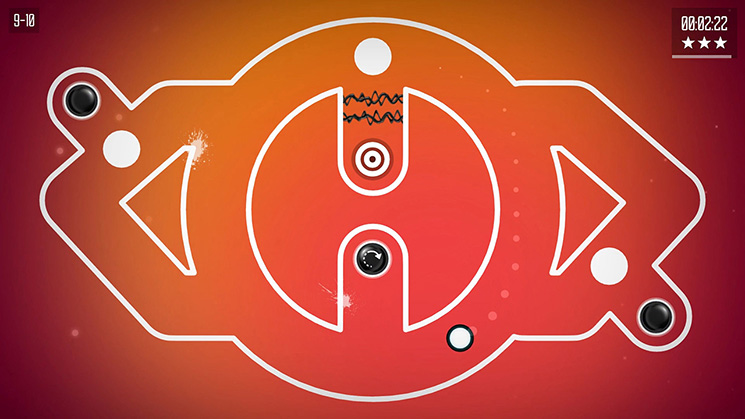 Disclaimer
This Spiral Splatter review is based on a Nintendo Switch copy provided by Sometimes You. 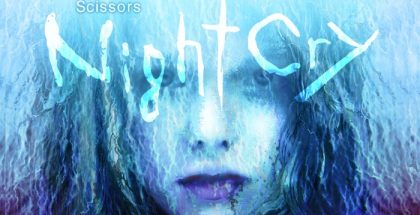 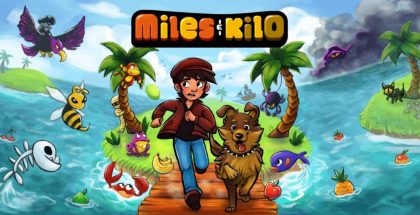 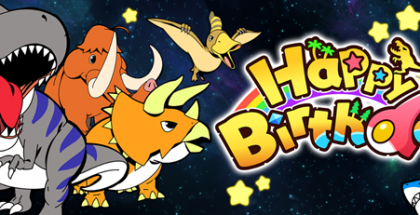 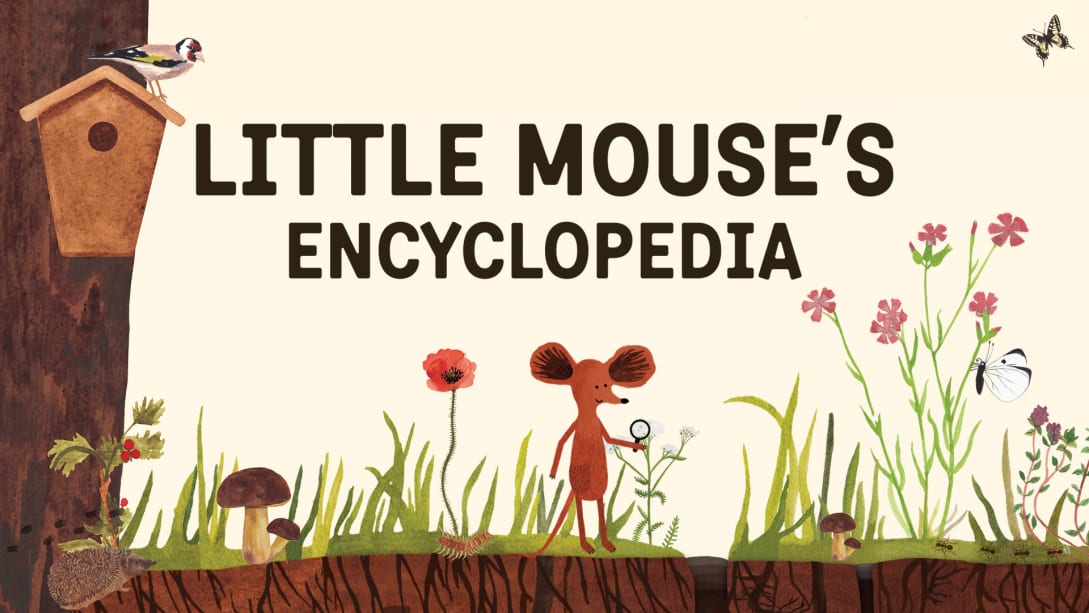