As far as racing games go, I’m not the greatest fan of the genre, but I’m never going to not give a racing game a chance! I did like Motorstorm RC a lot way back in the day, and I do take on a racing game every now and then as well. Having said that, let’s dig into Rock N Road Racing!

The first thing I need to mention is the game’s tracks which at first sight look relatively authentic, with, for example, a typical muddy off-road track featuring hills and bumps, which sets up a good start for the game. The game offers five tournaments with a total of 24 courses, and every race has you completing around 2 to 5 laps as you aim to win each race in the number one spot. You will earn points depending on the position when you cross the finish line, and at the end of the tournament, points will be tallied up to see who takes the top spot. 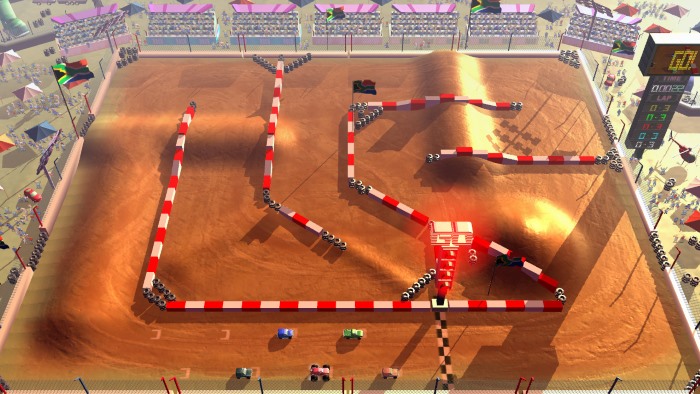 The controls are easy to pick up since you can speed up using the A button and go in reverse with the B button if needed. The analog sticks allow you to control the car’s movement to the left and the right, and this is something you’ll need to get used to. This is not as intuitive as it sounds, and it wasn’t just me who had an issue with the controls since I played the game with friends in local multiplayer and they all had issues with the controls – only one of them managed to clear the races without going out of the way and bumping out of the road.


Another issue with the game is the AI since its reactions are all over the place. Every now and then the AI would run around the track properly, but during the rest of the time, the AI cars would crash into walls and other stuff, getting in my way as I tried to make my way to the finish line.

In Rock’N Racing Off Road DX, there are also no upgrades for the cars, which I think is a missed opportunity since having some sort of progress between tournaments as right now it feels to arcade-y with floaty controls and movement. Tracks also feel a bit boring since they’re a tad repetitive, even when played for a few laps. I can’t recommend this one on Nintendo Switch since there are way better racing games available for the console. 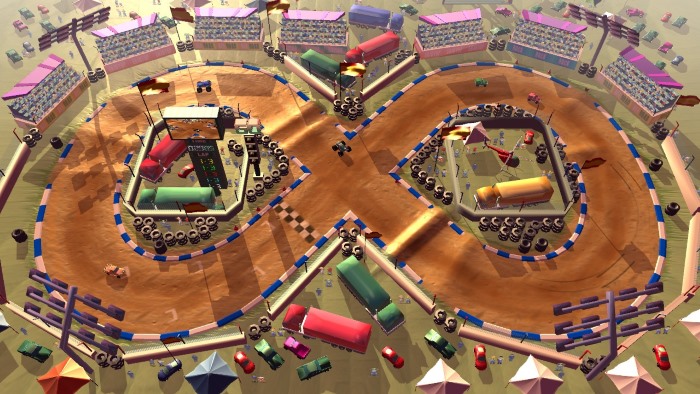 Disclaimer
This Rock’N Racing Off Road DX review is based on a Nintendo Switch copy provided by EnjoyUp Games.