In Penny-Punching Princess you are out for vengeance against the Dragoloan family. They seem to be nothing more than a loans company, but in reality they are the mob that controls everything in the kingdom! The Princess’ father was tricked by the Dragoloan into investing in their mutual funds and foreign exchange, and he ended up with a debt so high, he could never repay it. 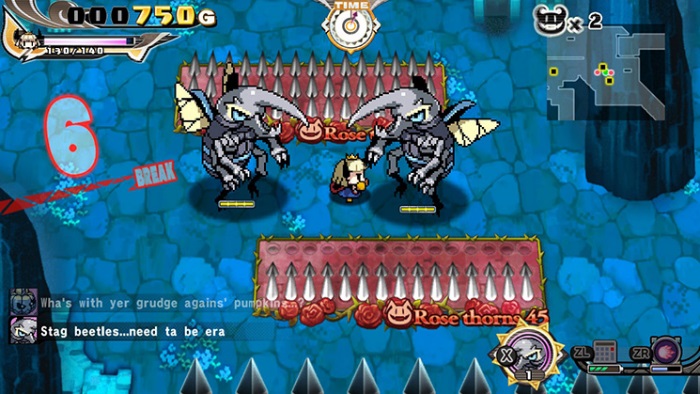 The game can be controlled with buttons when playing docked or in portable mode, or with touch controls in portable mode. You will take on a tutorial for the basics. You can attack with the Y button, or pressing Y and B at the same time to do a knockback attack. Strong attacks are set on the A button, and while they pack a punch you will need to be careful since they are slower and could leave you a bit vulnerable. You can also hold down the A button to charge an even more powerful strong attack so be sure to experiment with that to see how you can implement it into your playing style. If you want to avoid attacks, you can roll around by pressing the B button. If you want to use a Hidden Skill you can unleash it with the ZR button. 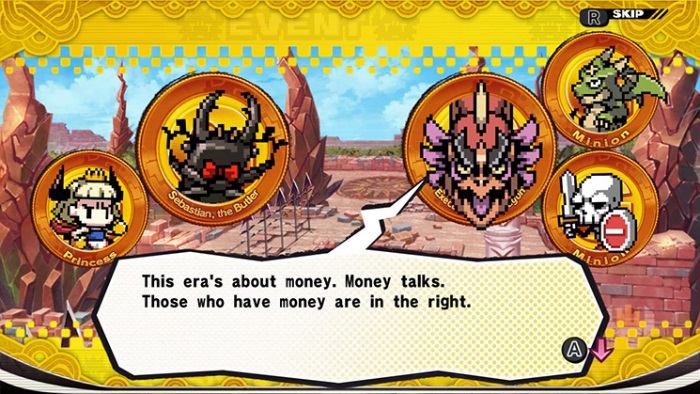 And then, there is the calculator. Press the ZL button and enter the amount of money you want to use to bribe an enemy. Once you bring out the calculator you use the D-Pad to move the cursor, press the A button on the numbers, and that’s it! Once you have input an amount you can hold down the ZL button and then press the ZR button to select your bribe target to then select it with the A button – if there is more than one target, then you can select between them with the D-Pad. You can also go for a quick bribe by having the calculator at 0 and then press the A button to have the bribe amount automatically entered. The calculator has a cooldown timer so that you can’t just bribe everyone on the screen in a few seconds, so do keep that in mind! 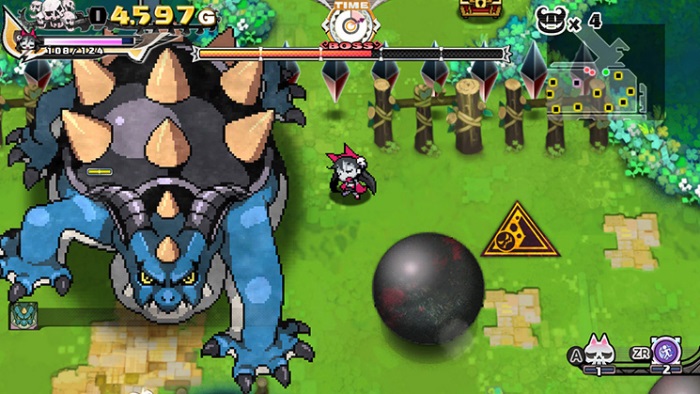 Enemies aren’t the only potential targets for your bribes since you can also use your calculator to spend your money on bribing closed gates so that you can carry on with your adventure! You could also bribe traps so that you can use them to your advantage and damage enemies foolish enough to get in your way. You can even bribe magic circles so that they heal your wounds, which is very important since enemies and traps will deal you some considerable damage if you’re not careful.


With money being so significant in this game, you’ll need to always have as much as possible on you, and this means you’ll need to grab it from treasure chests or collect it after you defeat enemies. You can also get some extra coins by breaking enemies by hitting them over and over again until their HP reaches a specific mark, thus leaving them in a short Break state in which they’re vulnerable. This is your cue to quickly rotate the right analog stick to get some bonus coins for your troubles, so if you want to have a ton of money, then you need to rotate that right analog stick as fast as possible. 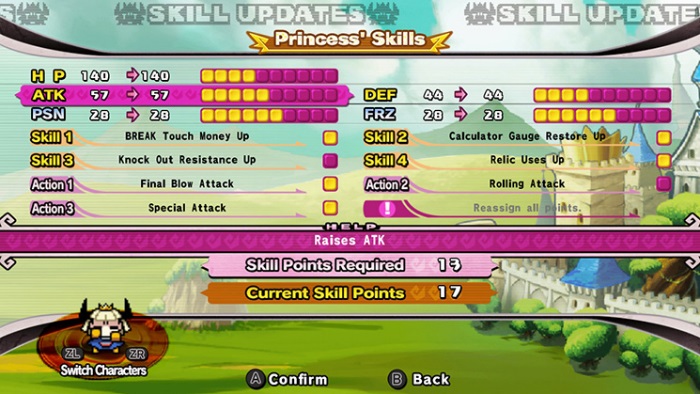 After you finish a stage, you will be shown how many enemies, traps, gates and magic healing circles you bribed, as well as the number of skill points you acquired from the Zenigami statues you collect in a stage. You’ll then go back to Castle Tyrannical to check on things from the available options in the castle menu. These include reviewing the citizens of your kingdom, which increase with every enemy and relic you bribe, the workshop where you can create armor by spending money and using the bribed enemies and traps needed for each armor you want, as if they were ingredients in a recipe – same goes for creating Zenigami statues to give you extra skills points. 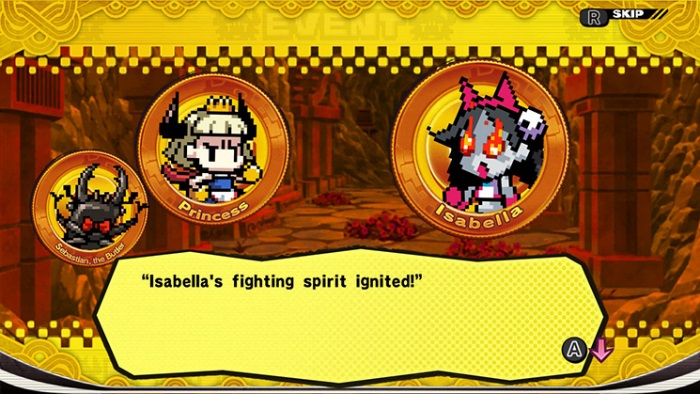 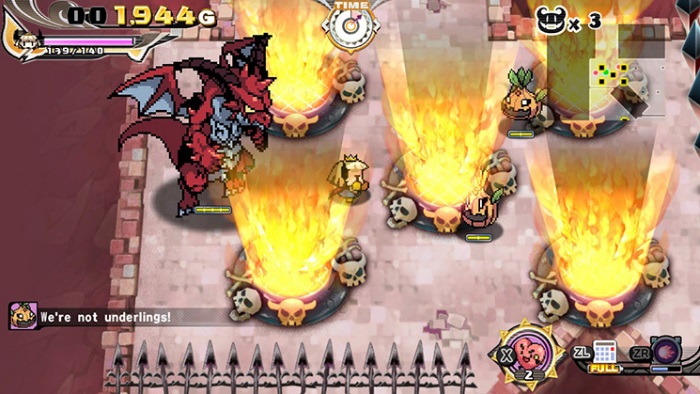 Penny-Punching Princess is an entertaining and fast-paced game in which you always need to be on high alert since a lot is going on in each fight as you juggle enemies and traps in small arena-style spots… which only gets worse when you’re also facing against a mid-boss! If you’re a fan of dungeon crawlers then I definitely recommend you give this one a try since it’s a game that will keep you coming back for more until the end. 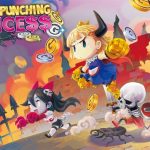 Fun and colorful dungeon-crawler with a monetary twist

Disclaimer
This Penny-Punching Princess review is based on a Nintendo Switch copy provided by NIS America.