Ninja Striker! is a colorful 8-Bit style action release on Nintendo Switch in which fast reflexes and precision are a must. Learn more about it in our Ninja Striker! review!


The controls are tight and very responsive, making this a game that is easy to pick up and play. You’ll start with a simple tutorial with pictures in the background showing you how the controls work. You can move the Ninja with the D-Pad and pressing the B button allows you to jump and double jump. The Y button is kinda like a homing missile attack with which you can pick a target and attack. The A button allows you to perform Japanese Shinobi attacks, which are special. You’ll be running, jumping, attacking and staying alive as you try to get the best score possible in each stage. 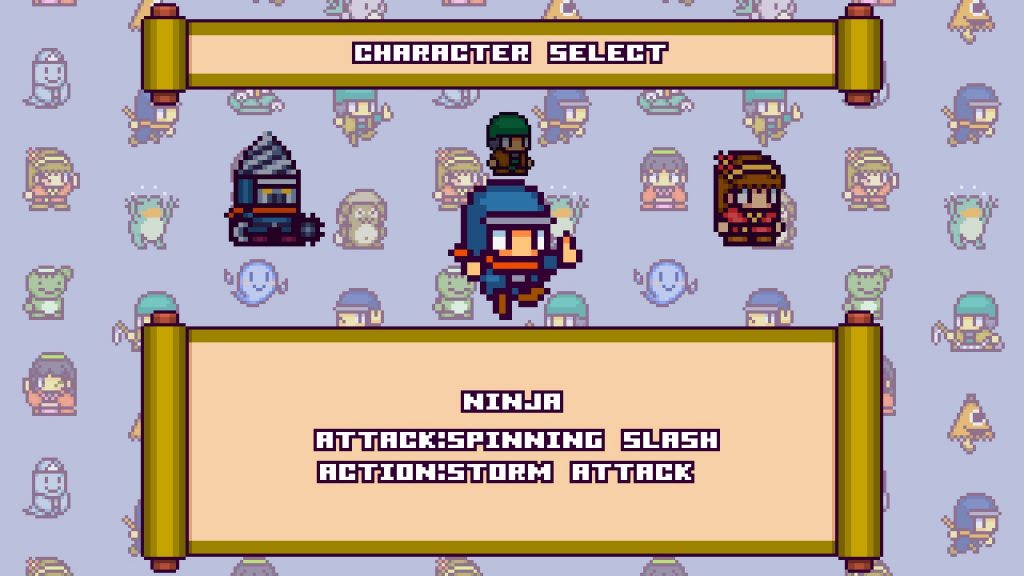 You have four different characters you can play as, all available right from the start. Each character has his/her own skill set. I suggest you select the titular Ninja since he’s the more all-around and balanced of the characters – but do feel free to experiment with the other characters to see which one suits your playing style. 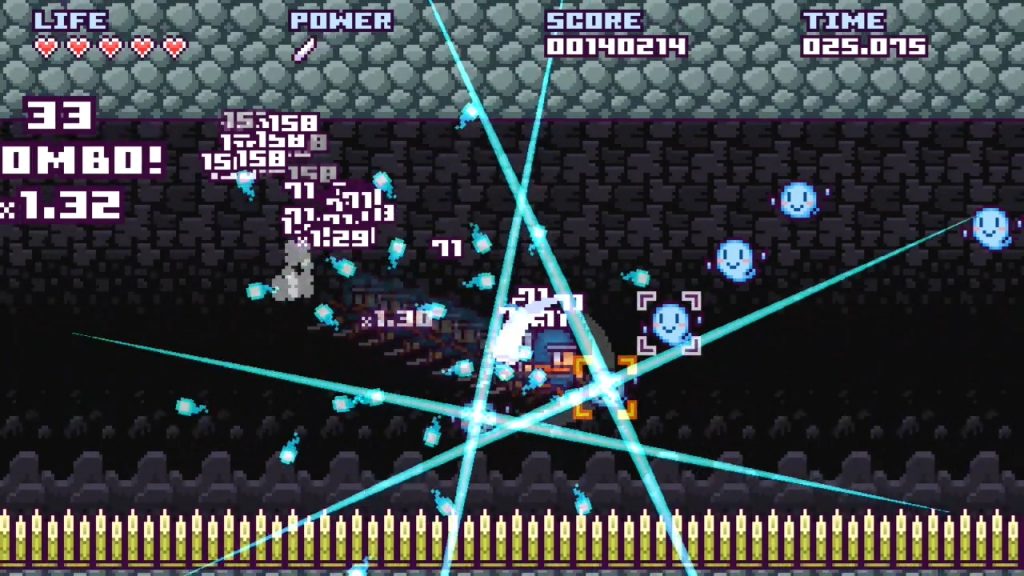 Once you take on the first stage you will notice there are coins dotted in the air which you can collect as you attack your enemies. You’ll need to dash with the Y button to be able to chain combos to gain big multiplier boost to your score, all while you make your way to a stages exit. The more coins you can get, the bigger a boost to your score, so get as many as you can! 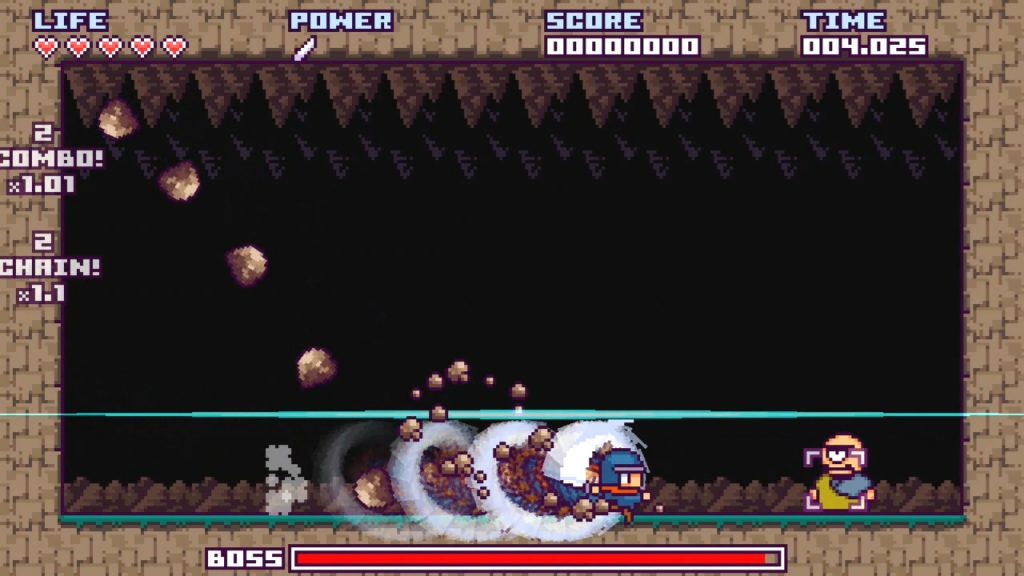 You’ll just need to try to stay away from harm since getting hit will reset your combo meter, not to mention it will make you lose some of your health. The way enemies are laid out on in a stage makes it harder to not get hit until you do some trial and error to find the best route to take through each stage.

The game offers six different worlds with four stages each, one of which is a boss stage. As you progress in the levels you will see different kinds of enemies, and while at first most enemies will be defeated with a hit, the difficulty will ramp up and you’ll find enemies that require you to deal more damage. As you learn their movement and attack patterns you’ll find the best way to increase your combo chain while grabbing coins and staying alive.


The bosses are challenging in a different way since, sure, you can button mash your way through some of them, but this will depend on how lucky you are – not to mention you won’t be able to get a good score for that stage which won’t allow you to 100% the game. So give each boss some time so that you can learn their strengths and weaknesses and you will surely succeed. 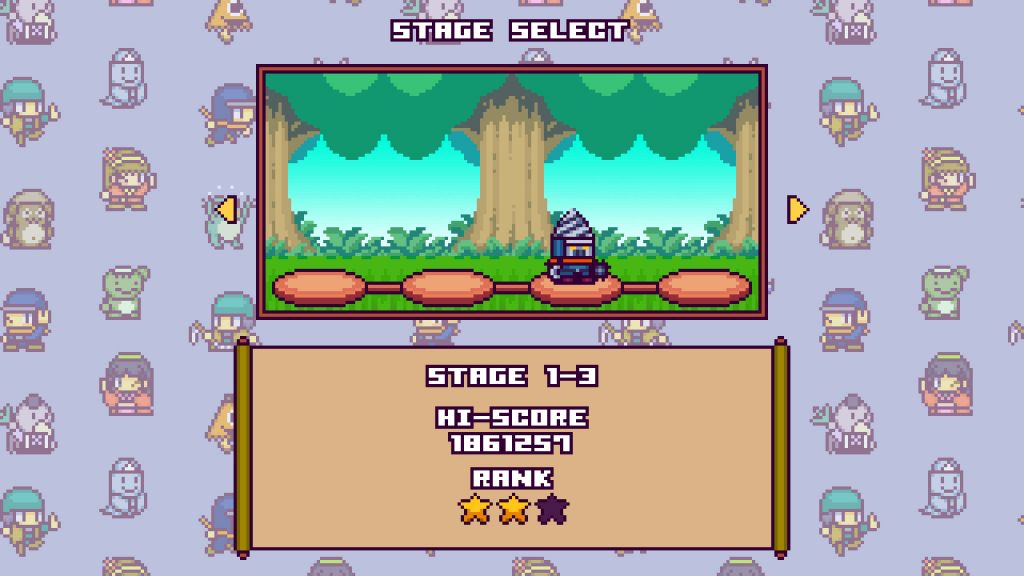 Each stage in the game has three gold stars for you to win, so if you complete stages in a timely fashion, don’t take too many hits, chain many combos and grab a ton of coins, you’ll be able to get a better star grade. This adds some extra replay value to what at first seems to be a short game, so you’ll come back for more as you try to improve each of your runs. 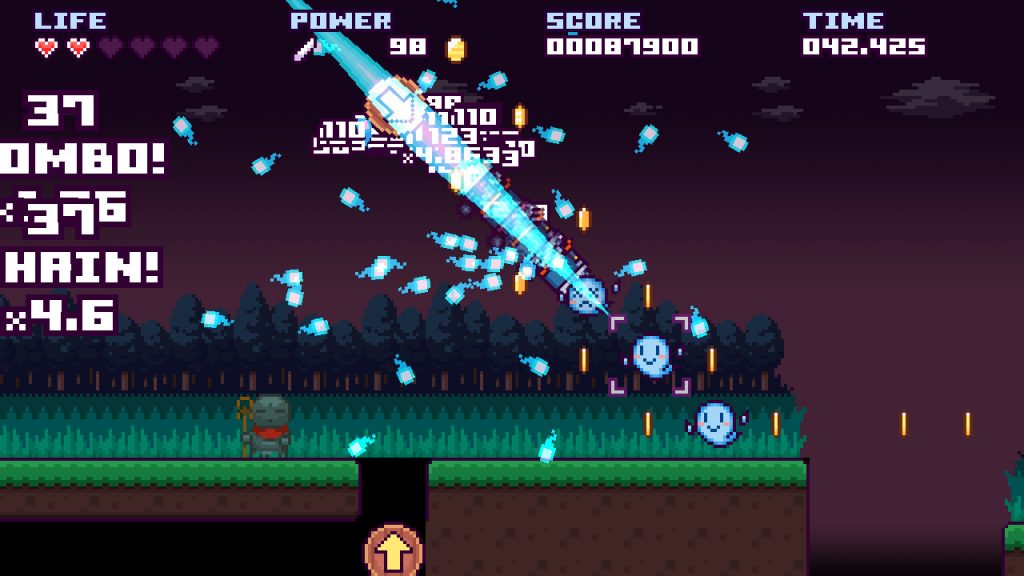 Ninja Striker! is a fun 2D action platformer that those of you looking for an arcade style release on Nintendo Switch are going to dig. If you’re into games that challenge you to beat your high score, that ask that you enter a Zen state of mind to find the best route to combo your way through its stages, then this is exactly what you need!

Disclaimer
This Ninja Striker! review is based on a Nintendo Switch copy provided by Flyhigh Works.