Fairuine Collection includes three retro-style adventure RPG, two of were released on the Nintendo 3DS. The games will probably remind you of the old-school The Legend of Zelda games with their exploration and light puzzles to solve, as well as the feel of its colorful overworld. The collection contains Fairune, Fairune 2, Fairune Origin and Fairune Blast – this last one is locked until you complete the other games, which would be my only complaint about the collection since I would have liked it to be unlocked right from the start. 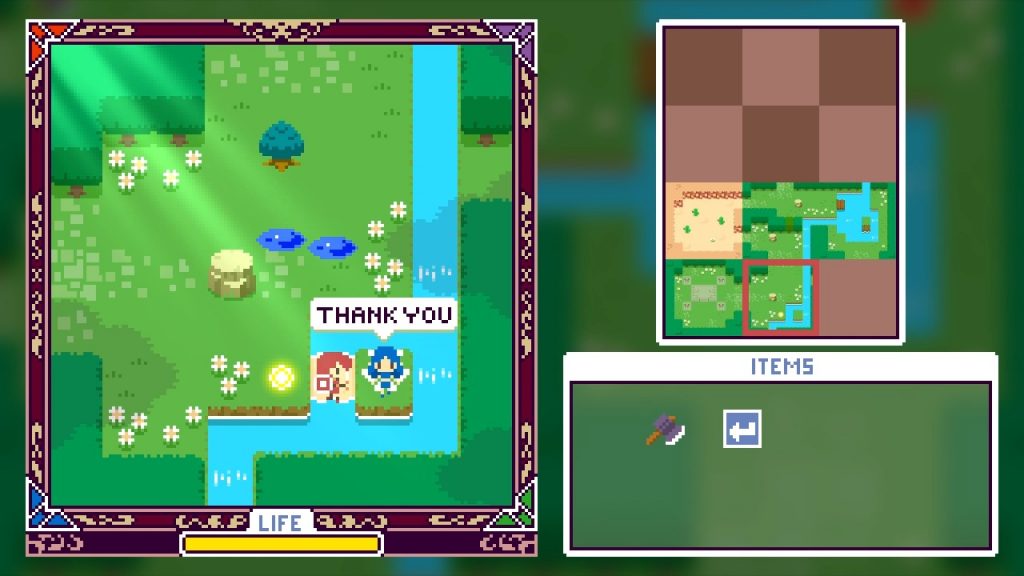 Let’s start back at the beginning with Fairune Origin. This game is the first one in the series, and it’s definitely smaller and a bit different from the two other action RPG that would follow it. The overall map is certainly smaller, but the basic gameplay mechanics that would later be refined in Fairune and Fairune 2 are present, making this a short but fun burst of gaming and a short history lesson on the side as you search for the fairies in this bite-sized land. You can finish Fairune Origin in an hour at most. Then there is Fairune Blast, which feels more like a mini-game of sorts since it takes the series into shoot ’em up territory! It feels a bit weird at first, but as a bonus to the collection, one can’t really complain about the team experimenting with what they can do with the Fairune series, right? 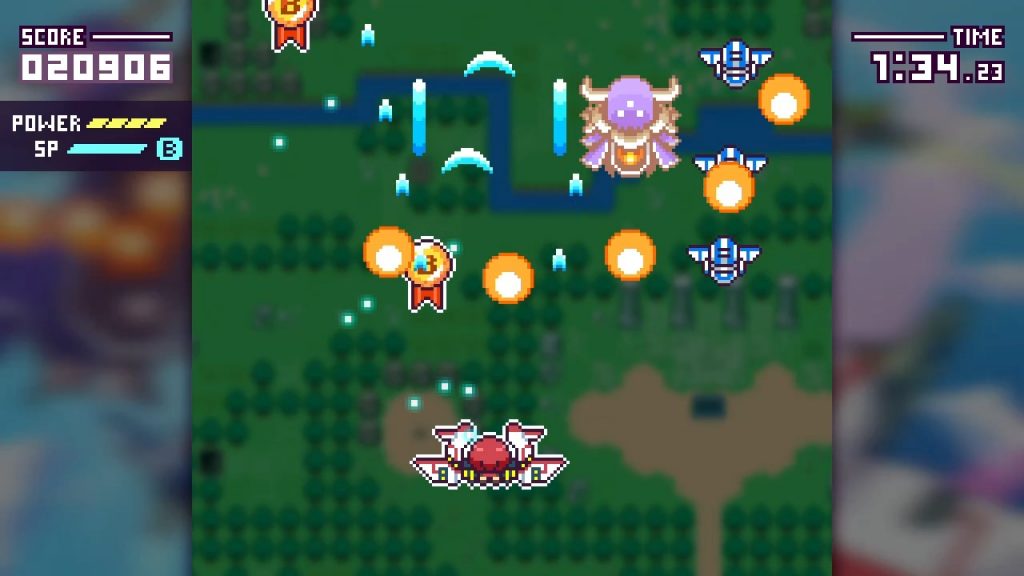 The first Fairune game is a ton of fun, but the series is at it’s best in Fairune 2. Combat in both games is simple and to the point: run into enemies to damage them and you will also receive damage if you’re not yet powerful enough. You must, therefore, keep an eye on your health at all times or else you will end up with your name on a tombstone. You will need to find a crystal and place it on a magical place to be able to heal your wounds while you work on securing enough experience from the monsters you defeat to level up, thus increasing your power and HP. As you go, you will receive a tip on the best type of monster you should be battling for your current level, so I suggest you follow this advice if you want to make the most of your time with both games! 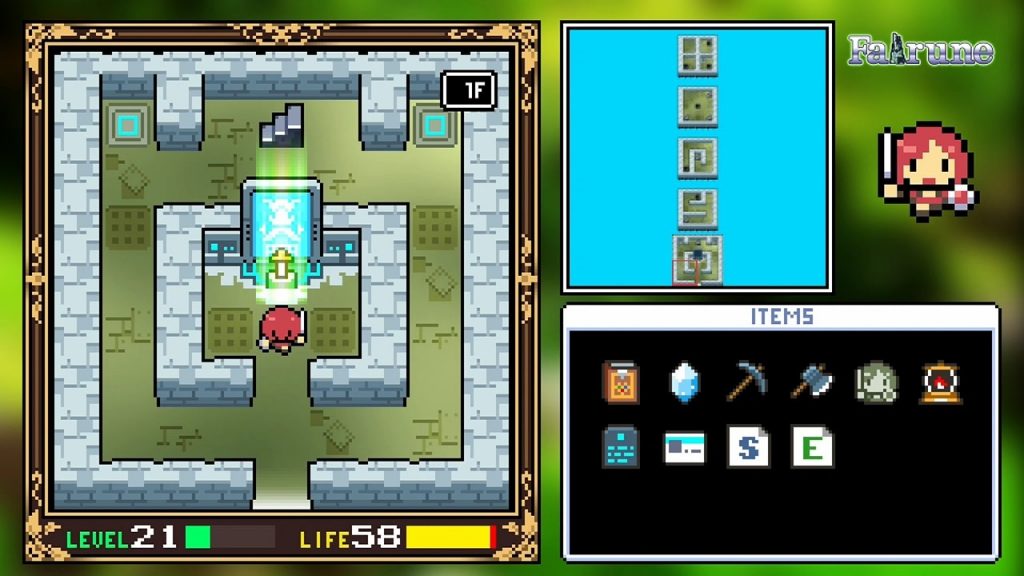 As you explore you will find items that you can use to open new paths, open doors, reveal hidden stairways to dungeons with some decent loot in them, and more! You’ll run into puzzles that will remind you of The Legend of Zelda series, and the game does a good job of balancing the puzzles and the action. You can complete Fairune in around 3-4 hours, and Fairune 2 is a bit longer than that at 6-7 hours. The releases in the collection also have in-game achievements so that you can aim at completing some extra objectives as you try to save the land. 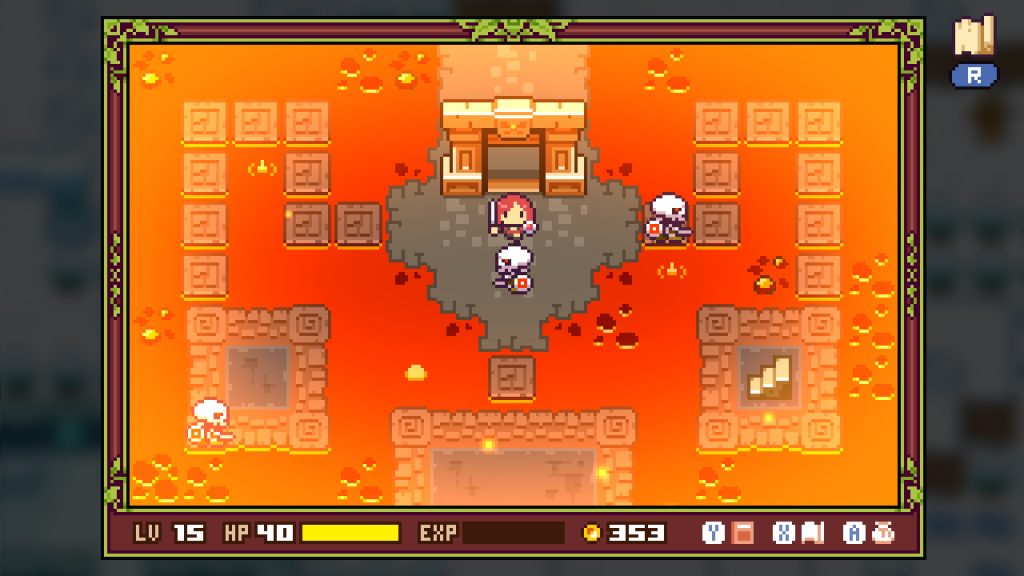 Fairune Collection is a very nice release on Nintendo Switch that for only $9.99 offers four games you can play at home or on the go for 10+ hours before you can complete all of them. Fairune and its sequel look a lot better on Nintendo Switch than they did on the Nintendo 3DS, so if you’re a fan of the series this is a must-have on Nintendo’s hybrid console. 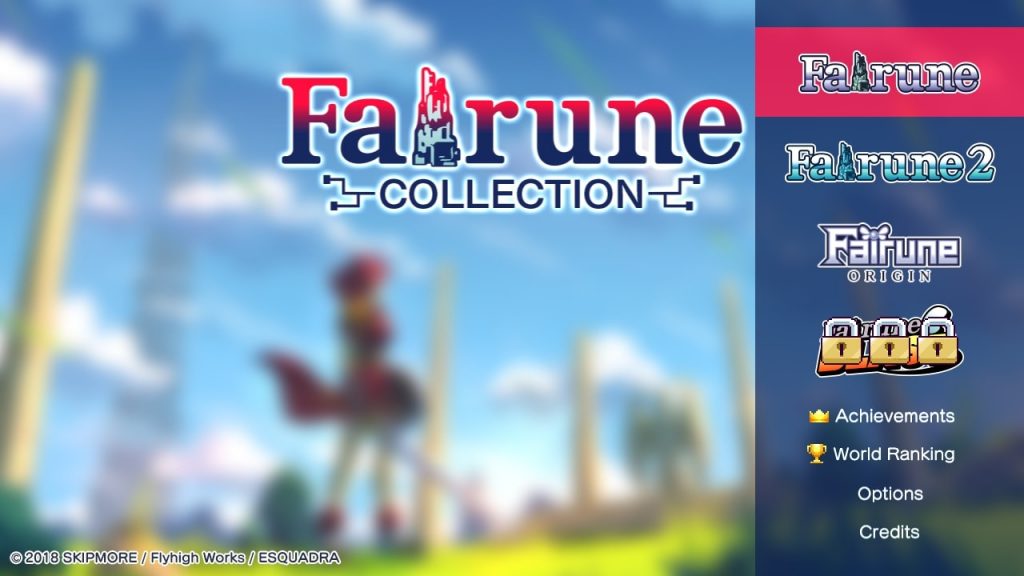 Disclaimer
This Fairune Collection review is based on a Nintendo Switch copy provided by Flyhigh Works.

Omensight Out Now On PlayStation 4

The Infectious Madness of Doctor Dekker Releases In June