We’re currently playing The Adventures of Bertram Fiddle Episode 1: A Dreadly Business for our review, so I got in touch with Seb Burnett to talk a bit about the game and its port to the Nintendo Switch.

PS4Blog: Hi! Thank you for joining us this morning. Would you mind getting us started by telling our readers a bit about yourself and your work?

Hello. I’m Seb, the creator of Bertram Fiddle. I write, draw and design him and all the other characters. I also run a small independent animation studio and draw children’s books too. Basically, I just love telling stories and creating worlds.


PS4B: On that note, The Adventures of Bertram Fiddle Episode 1: A Dreadly Business is now available on Nintendo Switch. How would you describe the game to someone who’s never heard about it?

A Dreadly Business was my studio’s first foray into making a game, and I’d describe it as half game-half cartoon-half Victorian novel. We wanted to create a story-rich world full of strange and silly characters and try and make players laugh out loud. It’s perfect for anyone who loves Victorian stories, Monty Python or any sort of British humor. 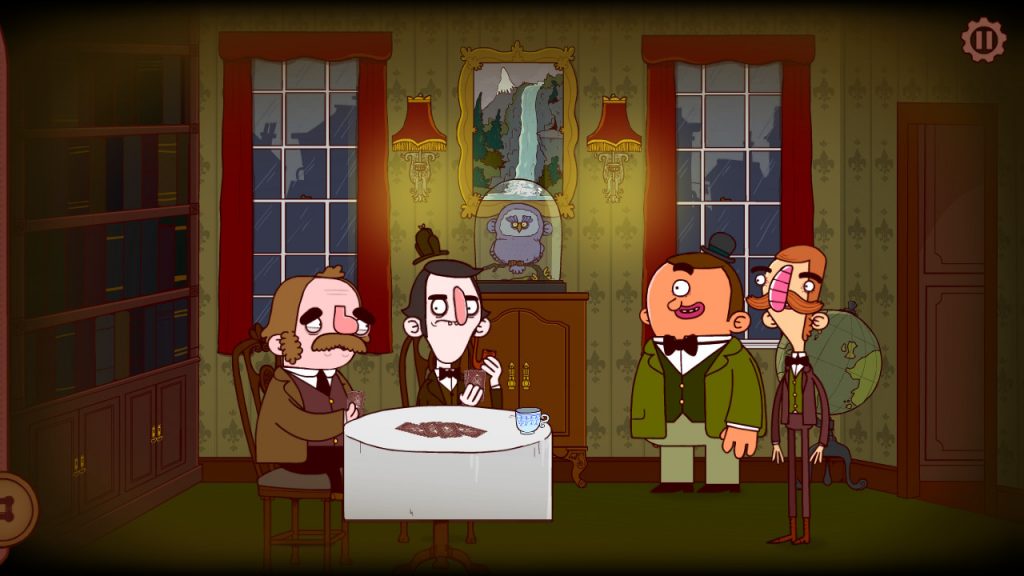 PS4B: How long did it take to port the game to Switch? Where there any particular challenges or hurdles you had to overcome?

Our Asian publisher, Chorus Worldwide approached us and said they wanted to port it to the Switch. It took about three weeks to port it and check for bugs. It was quite straightforward due to being built in Unity. The biggest challenge is, as with any platform, trying to tell people about it! So thank you for your help in showcasing Indie games! 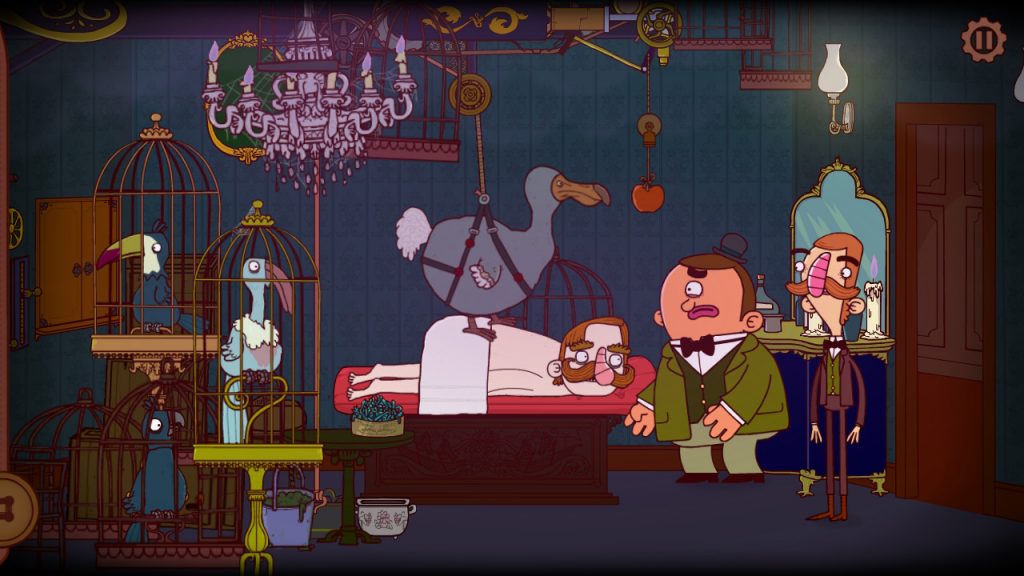 PS4B: The Adventures of Bertram Fiddle Episode 2: A Bleaker Predicklement is also on its way to Nintendo’s hybrid console. When can we expect the second episode to release on Switch?

Yeah, I don’t know where this rumor started. We’d love to put Episode 2 out on the Switch, but haven’t officially made that decision. We need to see how well Episode 1 does before we can commit to that. A Bleaker Predicklement is about three times as long as Episode 1 and requires quite a bit more work to get it Switch compatible! 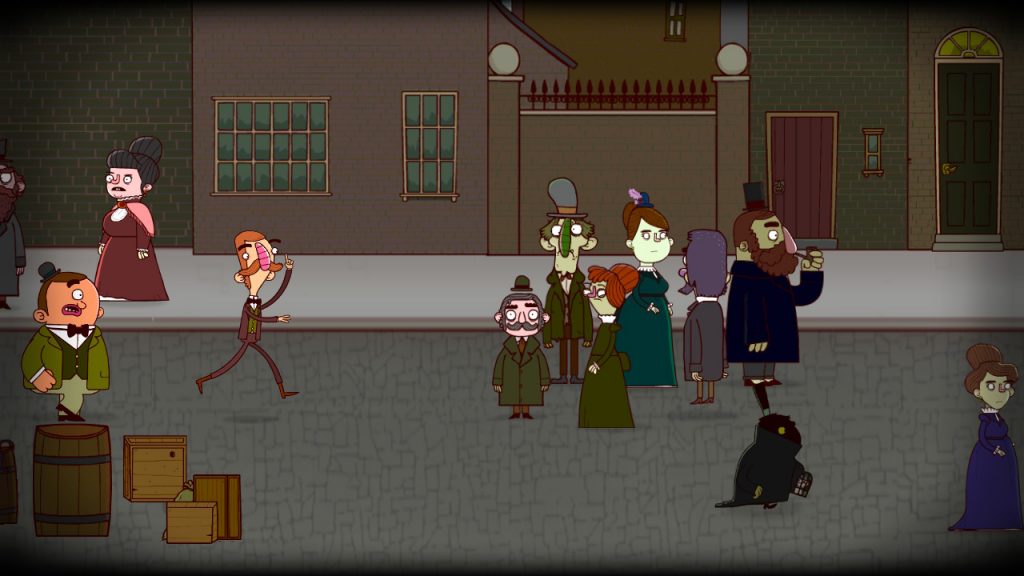 PS4B: How goes work on the physical rewards for the Bertram Fiddle Kickstarter campaign?

Ah! Were you a backer? I’m finally getting them all sorted. The Top Trumpington cards are being printed as we speak and the Art Book is all ready to go to print. For anyone planning a Kickstarter, make sure you have the resources to make all the rewards as well as the main project, we totally over-stretched ourselves. 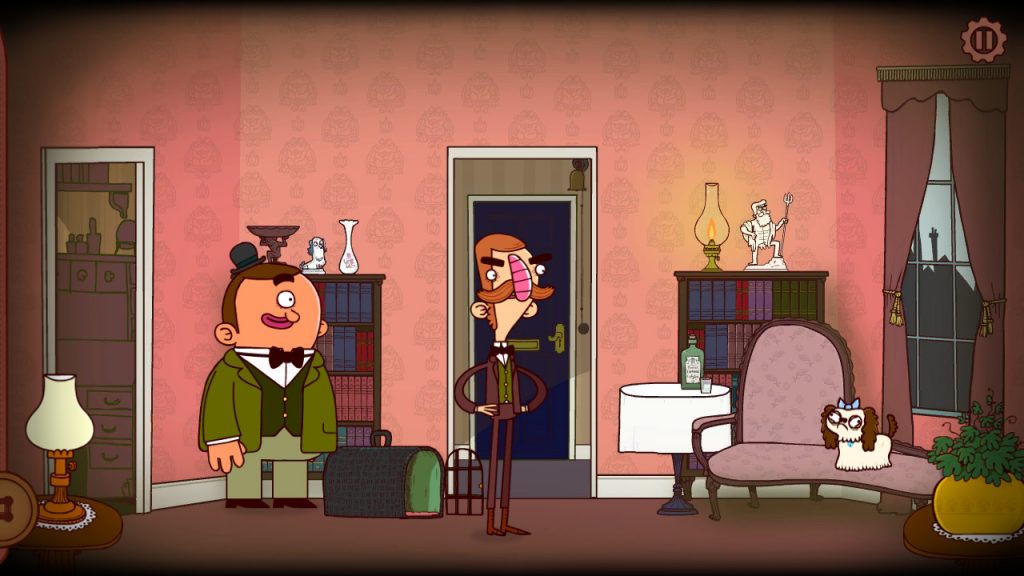 PS4B: Since both episode of The Adventures of Bertram Fiddle are out, what are you working on next? A new story art in this universe? A new game? Some time away from gaming?

So I’m finishing off the Kickstarter rewards which is mainly print-based and drawing stuff, but I’ve also started working on another game with Nathan Hamley of SickChicken Studios. It’s a much smaller one, but we’re having a lot of fun on it. I’ve also got plans for more Bertram games, but need to find a way for them to work commercially. 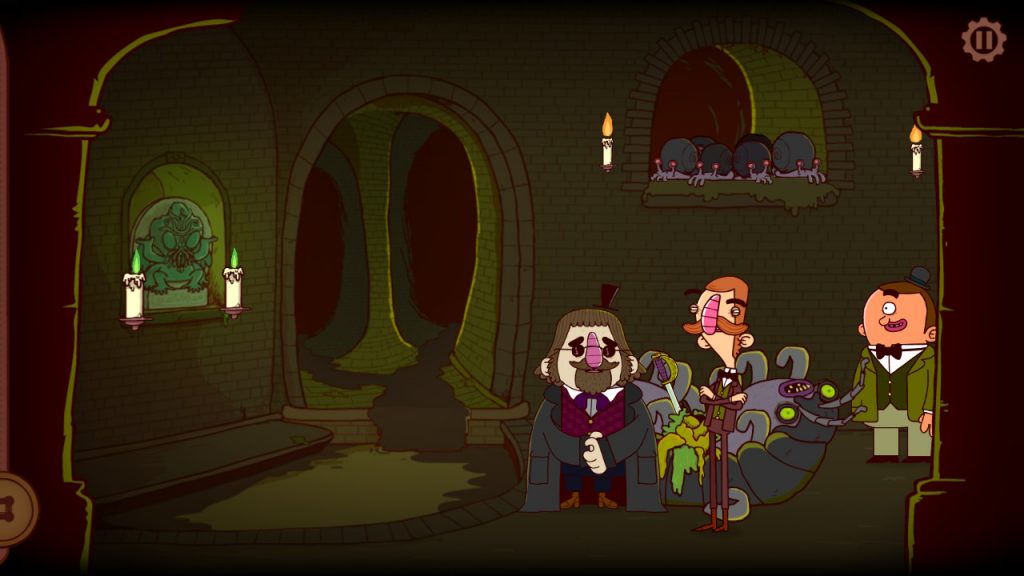 Just a big thank you and that I hope you all enjoy the Adventure! Huzzah! 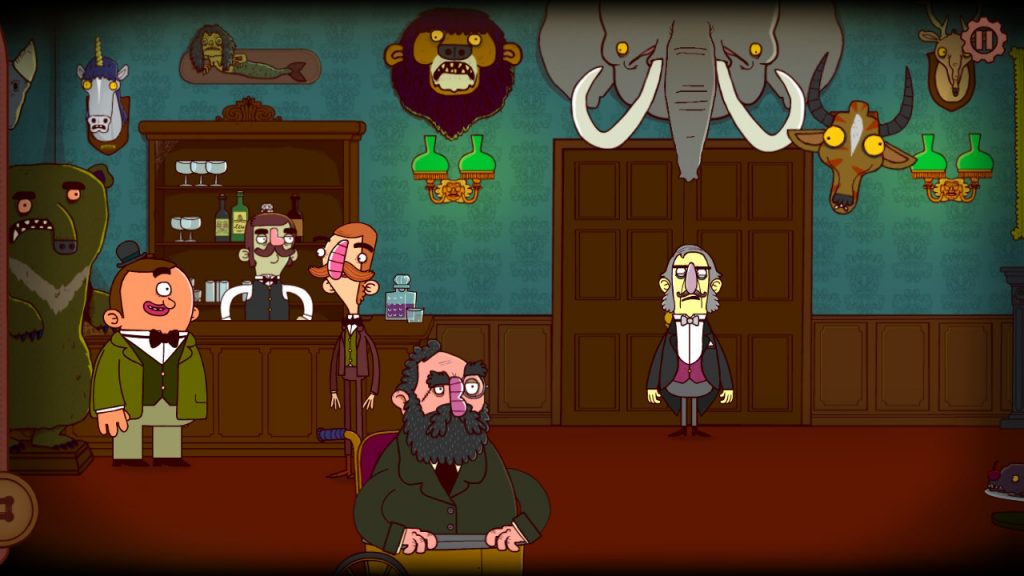