The story of this entry is about Lydie and Suelle, the twin sisters who run an alchemist atelier with their not-really-present father. Their goal is to run the best atelier in the kingdom, but the lack of experience, combined with the aforementioned father who’s doing pretty much everything but help them, makes for a difficult task for them. But with the help of a newly found teacher, and some incredible materials that they find while traveling inside paintings, the sisters will do everything they can to bring fame and customers to their atelier !

Atelier games are all about alchemy, the process of synthesizing materials to create other objects, and this entry makes no exception on this. Whether it is to pass an exam to become a better alchemist, or for a job requested by the townspeople, you’ll spend a lot of your time gathering materials, anything from flowers to mushroom goo from a defeated enemy, in order to craft new stuff. At first it will only be a matter of using items from each required category of the recipe, but as you progress, more details will be added to make the whole crafting system an elaborate and fine-tuned experience. 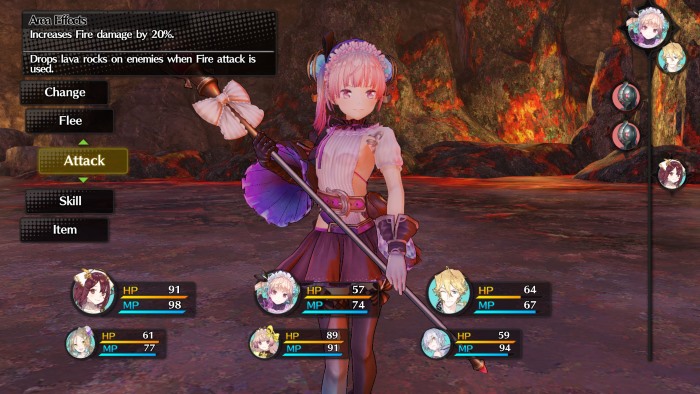 The fighting, which will occur a lot when exploring paintings or any other monster-infested area, is done in your typical JRPG turn-based battles. At first it’ll only be the twin sisters, but you’ll eventually gather allies that will fight alongside you, making for a team of up to six people. When you do get extra people, you can pair them so that the front one will attack, and the rear one will act as a support character, that can do specific actions upon being triggered by the front character’s actions. And since the game is all about crafting, you’ll also be able eventually to have some in-battle alchemy in order to be able to create that specific item you’d need to defeat those monsters.

While the game is no Uncharted in terms of graphics, it does a great job of rendering a colorful and incredibly pleasant world to look at. The majority of the game’s dialogs are also fully voiced, although not in English, you’ll have to rely on subtitles if you can’t understand Japanese.


Even though this is the 19th game in the 20 years old Atelier series, Lydie & Suelle was the first I played, so pretty much everything in this universe was new to me, and I can’t compare with what was done in the past, so this is pretty much from a newcomer’s perspective…

First of all, it’s been a while since I played a JRPG, so the first battle I ended up in, with the classic turn-based system, already gave me a little something to smile on. Being able to just sit back, relax, and think about my every moves with no stress of being pounded to death because of an active time battle system, that felt really good. 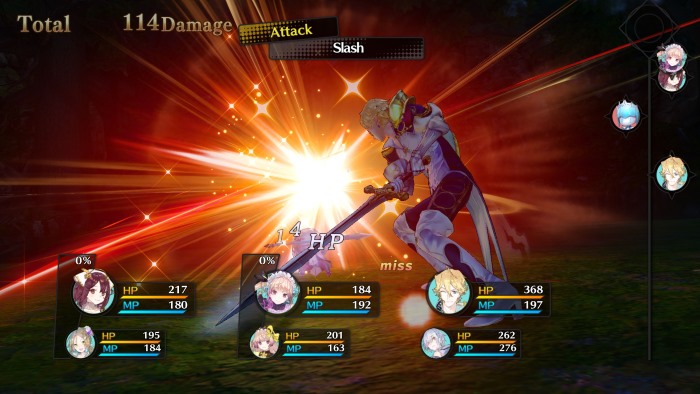 Then there was the story. Just some girls who want to make their shop the best shop. No evil genius trying to destroy the world or princess to save. For me, that felt incredibly refreshing and a nice change from the standard plot you find in JRPGs. And that doesn’t mean the story was a simplistic one. While the main track of the story is to become the best atelier, there’s a whole lot to explore with the paintings (it’s not part of the game’s title for nothing !) and the story does a nice job of making you want to continue on your quest.

And obviously, there’s the whole alchemy that’s basically the core of the game. Like I mentioned before, at first it was pretty simple: just select the three ingredients and you’re done. Then a bit later another element was introduced to me that made the crafting process a bit more detailed. Then something else on top of that a bit later. In the end, the crafting system is one that’s incredibly well done and incredibly complex yet gradually presented to you to make it easy to approach. 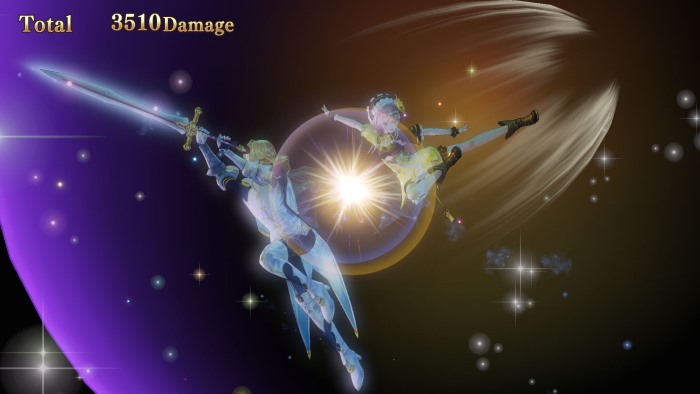 As for the trophies, as with a lot of JRPGs, the list doesn’t seem quite difficult, although time-consuming. There are a couple of trophies related to different endings that probably mean you’ll have to grind your way to them, but other than that, if you’re having fun with the game, it shouldn’t be too painful to get to that platinum trophy !

Final Thoughts
Developer Gust have done it again with another successful Atelier game. It should please fans of the series, fans of JRPGs, and is a great game for newcomers to discover this whole universe. If you’ve been holding your money for a good JRPG to spend on, then The Alchemists and the Mysterious Paintings might just be what you need ! 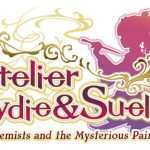 Atelier Lydie & Suelle: The Alchemists and the Mysterious Paintings Review

Disclaimer
This Atelier Lydie & Suelle: The Alchemists and the Mysterious Paintings Review review is based on a PlayStation 4 copy provided by KOEI TECMO America.