Deep Ones is a retro-looking sidescroller in which your submarine has been sunk by a red octopus…so you will wander the bottom of the ocean to seek revenge. It draws inspiration from things such as Bioshock or the classic ZX Spectrum console. Interested so far? Learn more about it in our Deep Ones review!

As the game begins, your submarine is sunk by a giant octopus, and falls to the bottom of the ocean. As you fall along the way, the credits will roll during a cutscene… right before you hit the ocean floor to start your quest for revenge. Apart from the aforementioned synopsis of the game, there is practically no text, so this adventure is one you have to experience and not read. 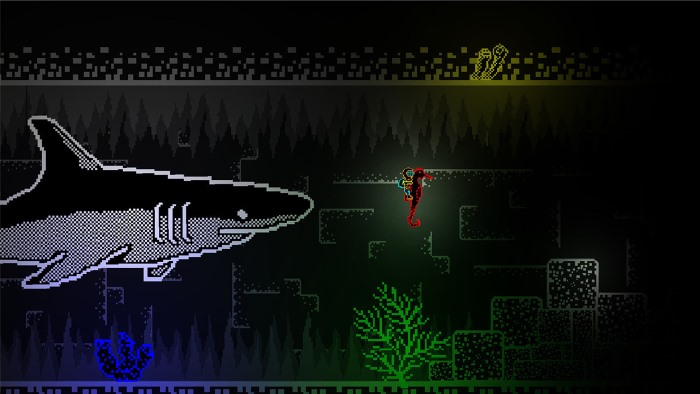 The game is a retro-style platformer, and even though you are weaponless as you start and must resort to some simple platforming, you’ll soon obtain a gun that will help destroy the sea creatures you’ll run into. The one thing I noticed is that the gun takes too long to fire between bullets, along with the controls feeling a bit stiff, with jumps that don’t feel too precise.

About the game’s presentation, the thing that definitely pops is its overall look, which makes it seem like an old Spectrum ZX/DOS game from way back in the day. Its art style definitely feels different, and you’ll probably need a few minutes to get used to it and how everything moves and feels since the backgrounds are a bit on the heavy side with a lot going on. The 8-bit chiptune soundtrack is great, but it might feel repetitive after hearing it on a loop for an hour and change. 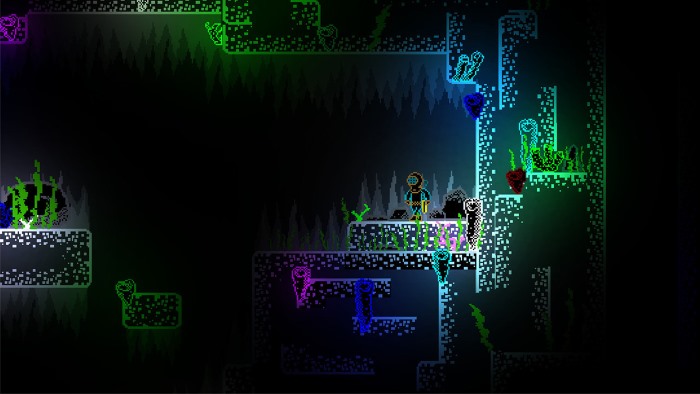 Honestly, its a weird mix of gameplay since you’ll take on some light platforming over the sea floor, exploring here and there… and then something unexpected and surprising happens that gets your attention before you’re back doing some mild platforming. You will miss a lot of jumps and fall into the abyss and have to restart from the latest checkpoint you reached. You’ll run into some harder creatures as you progress in the game, and a few hits later you’ll be dead and back at the last checkpoint – it’s definitely a weird cycle. 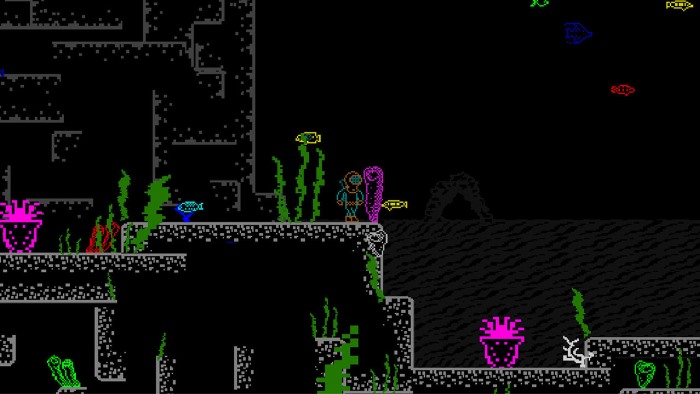 Final Thoughts
At first, I liked the unique style and setting of Deep Ones, but the more I played, the more I realized there were some issues with the game. The controls felt too stiff, the time it takes you to fire more than once is too long, and the exploration as a whole felt too long and uninspired for long segments of the game. This is an inexpensive game that might be fun for you, but be ready for an experience that could end up feeling boring and frustrating.

Disclaimer
This Deep Ones review is based on a PlayStation Vita code provided by Sometimes You.

Omensight Making Its Way To PS4 On May 15th