[PlayStation 4] Timothy Vs the Aliens Review


In Timothy vs the Aliens you play as the titular Timothy who must set out on a journey to defeat the aliens that have decided to invade his town for no reason. You must protect Little Fish City from the alien menace as you search for a way to reach their spaceship to end their invasion before it is too late. You’ll need to run, jump and gun your way through different areas of the city as you search for the keys needed to open the locked doors to new locations, going high on top of the buildings and low into the city’s sewer system. 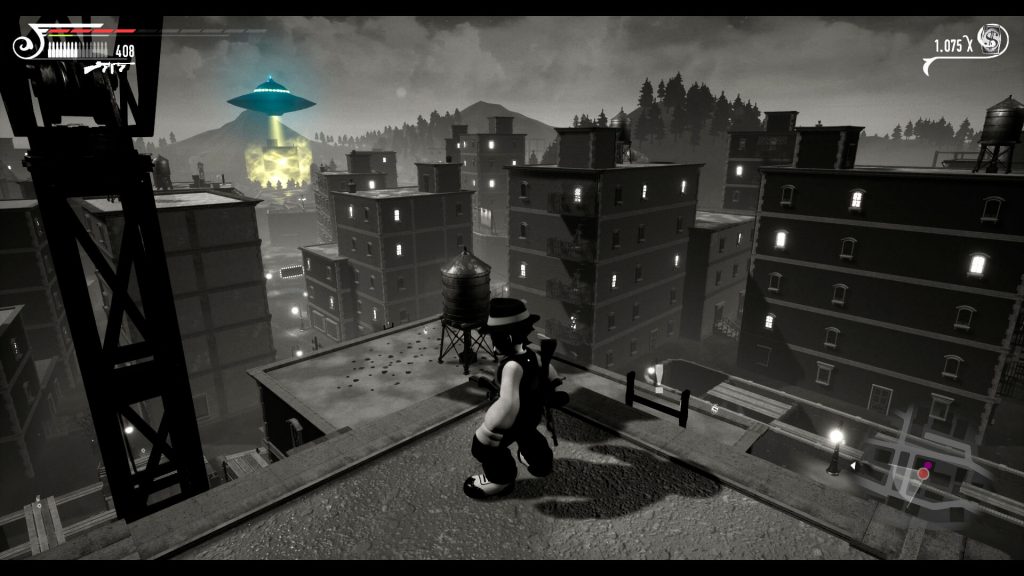 For this one you walk with the left analog stick, move the camera with the right analog stick, run with the Square button, jump with the X button and interact with the Circle button. When ready to attack someone, you can hold down the L2 button to aim and you’ll shoot with the R2 button – you can also fire without aiming, but this is not ideal. If you run out of ammo be sure to press the L1 button to reload! Once you start to defeat some aliens and collect the green energy orbs they leave behind, you will get to charge a special ability you can activate with the Triangle button to slow down time! Oh, and if you’re ever lost, be sure to press on the PS4 touchpad to open up your map which will let you know where you are and where you should head to. 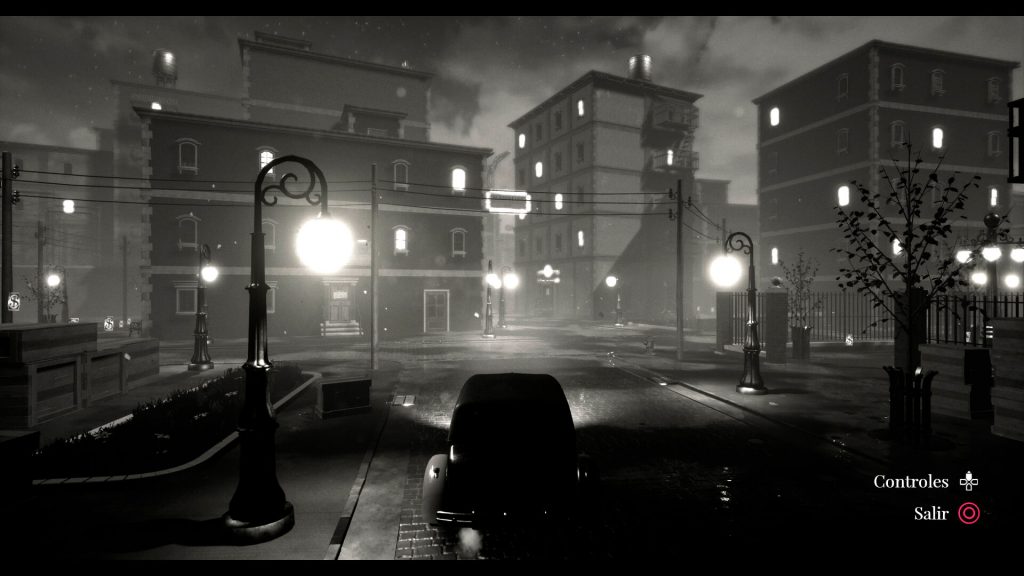 The world around you is presented in black and white, with the only color coming from the aliens you will face against. You will quickly notice your enemies since they’re of the colorfully bright variety, in orange, green and other colors that make them pop – which is funny since when you defeat them they pop and leave a colorful mess on the floor. At first you won’t run into many enemies since you only have your trusty gun with you, but you’ll soon gain access to new and deadlier guns, and the game will increase the number of small, medium and large enemies you find in some of the areas.


As you explore this open world game you’ll at one point end up in the sewers searching for Luciano, a crafty fella that can sell you some very useful stuff for your adventure. You can get ammo for your weapons (only your initial weapon has unlimited ammo), new weapons such as a shotgun or a revolver, some painkillers to recover your health, a master car key to use on cars, one for the police station, and more. This is where you can use all of those bills and bags of money you’ve been picking up in the game, so I suggest you at least get the car keys, some extra ammo for your machine gun (the first extra weapon you’ll unlock) and a painkiller or two so that you can recover your health as needed. 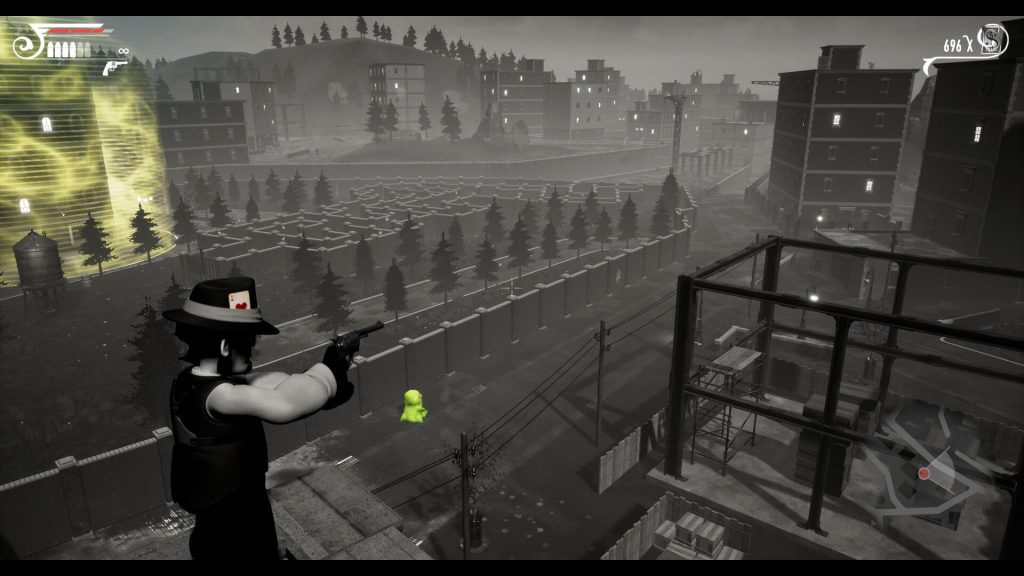 Every now and then you’ll get locked into small spots in the city where an energy barrier will pop up, keeping you from exiting until you defeat all the aliens that will materialize. The small red-ish aliens are especially dangerous in these spots since they can quickly overwhelm you as they jump to attack you, not giving you much time to reach and retaliate before they can deplete your hit points. These moments are also the perfect time to use your special slow down ability so that you can make every shot count. 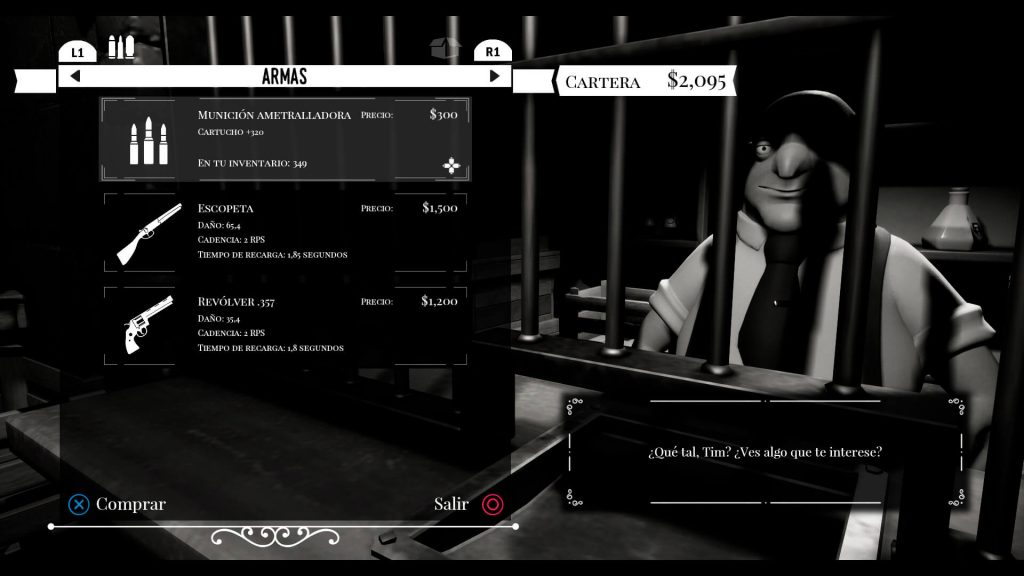 The game includes a full list with a Platinum trophy, which is great for an indie release and something that will definitely grab the attention of trophy hunters. Over half of the trophies are awarded for story progression, and the rest are technically unmissable since they’re tied to finding collectibles, purchasing all weapons, and obtaining all power improvements, and you can do all this up until the point of no return, which is right before the final 20 minutes or so with the game.

Timothy vs the Aliens from Wild Sphere is a fun action platformer on PlayStation 4. It is not without its flaws, such as when there is some slow down during crowded fights or when the prompt for the Circle button remains in the screen even after you activate, but is a good indie release you will enjoy. It will take you around 3-5 hours to complete the game and get your Platinum trophy, depending on how long you take to find all collectibles.

Disclaimer
This Timothy vs the Aliens review is based on a PlayStation 4 copy provided by Wild Sphere.