The Witch and the Hundred Knight 2 – Launch Trailer | PS4

The Witch and the Hundred Knight 2 is an action RPG in which you use weapon combos, skills, minions known as Tochkas, and armor types called Facets to battle your way through unique worlds. Play as Hundred Knight, a doll animated by the powerful witch Chelka, and discover the secrets of the world of magic. Dive into a lush realm brimming with mysteries and unimaginable danger. Engage in fast-paced battles as you wield powerful weapons and mow down enemies! Use an arsenal of new skills and decimate all who stand in your path!

Over a year ago EdEN and I had a chance to review a game… The Witch and The Hundred Knight: Revival Edition a port of the PS3 version that was brought to PS4. It was a fun hack and slash game with some solid RPG elements. We had a good time with it… and now the sequel has arrived!


The Witch and the Hundred Knight 2 has a whole new a story arc to make it stand out from its prequel: witches are being created by a disease that anyone can catch, which gives you a third eye and makes a which possess your body. When the eye opens, you are in big trouble! Milm catches the disease, so she and her sister, Amalie, run of the village since she doesn’t want her sister to be killed. They go to a special place, Weisse Ritter, to try and rid Milm of the witch disease. During surgery to try to remove the third eye, it awakens, and Milm transforms into Chelka, a witch who destroys the building and kills everyone. From here she creates the Hundred Knight (witch familiar), and she begins to wander the world wreaking havoc. The Hundred Knight doesn’t like the path they are taking, and he quickly joins forces with Amalie to try and help her stop her sister at any cost! 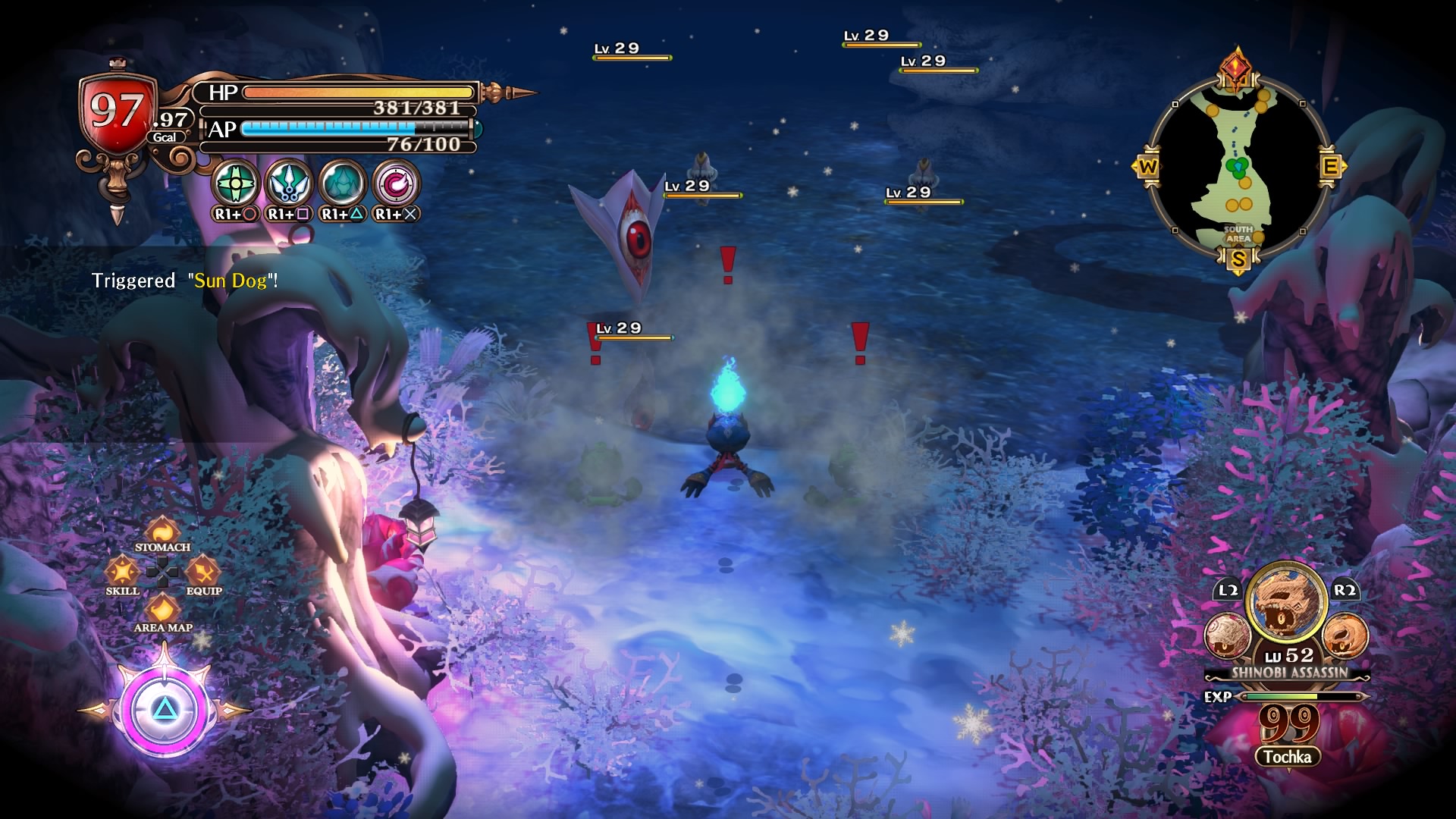 The story is told almost like what you’d find in a visual novel with walls of text, which definitely fits into the way the first one was presented. The game itself is a bit of a hack and slash game, not that different from, say, the Diablo series, as you wander around each area hacking and slashing at enemies, but with a twist. As the Hundred Knight, you can load yourself up with several weapons, each with different properties and use them in succession to create combos. You get some info on enemies when fighting them so that you can see what they’re weak and strong against, thus making it possible to tailor your loadout to make the most of every hit you land. You can even have different load outs prepared to take on different types of enemies so that you can quickly change between them as needed.


The game is once again using Gigacalories, a unit that counts down like a timer as you explore the maps, take actions or fight, but taking damage is the big issue with them as they actually help you restore your health points at a large cost. You constantly have to manage them, so you need to make very action count or else! Thankfully there is a finishing move you can use on enemies called Depletura which will restore some Gigacalories as you steal their energy. It’s an interesting system that forces you to keep moving so that you can link several kills in a row and not end up with no energy and basically dead. 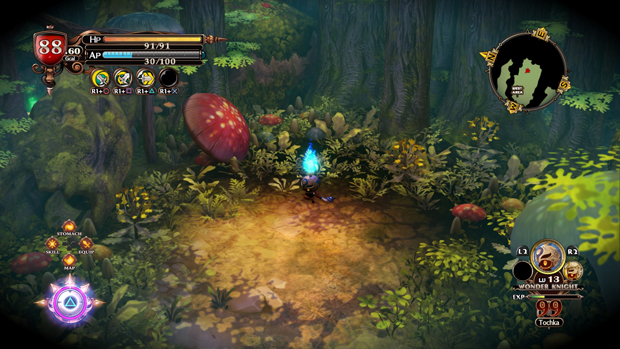 The map this time feels very different, creating a semi-open world for you to explore on a grid system. There are pillars you can destroy which will allow you to fast travel around the map so that you can quicjly get back to places you’ve already visited, saving some Gigacalories in the process. I like the map system this time around since you see the whole map right at the beginning, giving you an idea of what you’re really up against as you explore this massive world.

The stomach stock system is back as well for your inventory which I definitely don’t like. It doesn’t allow you to have enough room for all the loot you can pick, forcing you to destroy some of the not as good loot or going back to the castle more frequently to empty it out. If you die and you haven’t banked some of the loot you will end up losing a small percentage of what was there… and that can mean you end up losing some legendary items, which definitley sucks!

The game is visually interesting using beautifully rendered 2D art during the visual novel parts and mixing it with okay-ish 3D visuals. Mind you, the 3D isn’t bad, but it’s nowhere near what other games are showcasing in 2018. I thought the music was fun keeping the tempo of the adventure and changing when moving from the serious dialogue bits to dialogue and moment that are of a more goofy nature. 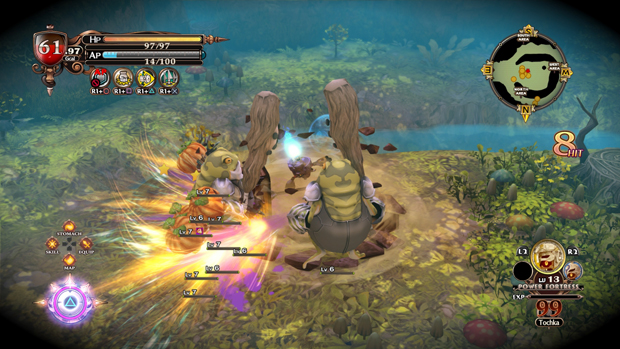 The Witch and the Hundred Knight 2 is a hack and slash action RPG with a great story that I think people should play on PS4. I do have some issues with the inventory system and how Gigacalories are used to force you to play at the pace of the game and not yours, but in the end, this is not a deal-breaker. If you liked the previous intallment then rest assured that this one is even better!

Disclaimer
This The Witch and the Hundred Knight 2 review is based on a PS4 copy provided by NIS America Inc..

Phantom Trigger Out On PlayStation 4 Today