There are some weird shenanigans going on at Water Falls High School, and new kid Daryl is going to solve them… you know, as long as they’re not just all of them in his imagination to begin with. Learn more about this one in our Super Daryl Deluxe review!

Super Daryl Deluxe is an RPGvania with brawler-style combat set inside of a perfectly normal, sprawling, multi-dimensional high school. Like any other perfectly normal school, its students and faculty are going missing and the classrooms have been locked down for weeks. Yes, there’s nothing remarkable happening at WFHS whatsoever – just ask the new principal.

Things are bound to get stirred up when an enthusiastic, bizarrely dressed new kid wanders into town. This go-getter’s name is Daryl, and he just wants to make friends. What starts out as an innocent effort to help jump-start a young contraband textbook business turns into a harrowing quest through the school and its enormous, monster-filled classrooms in the hope of becoming the most popular kid in town. Oh – and saving everyone’s lives is top priority, of course.

No need to worry. There’s nothing to see here at Water Falls High School.

Super Daryl Deluxe has been a game I wanted to get my hands on since I saw a trailer for it a few months ago. The game looks like a high schools kid’s odd daydream, and features a lead character that reminds me of Napoleon Dynomite. Add to that the fact this is a Metroidvania title with RPG elements, and I was all in – I couldn’t wait to dive in! 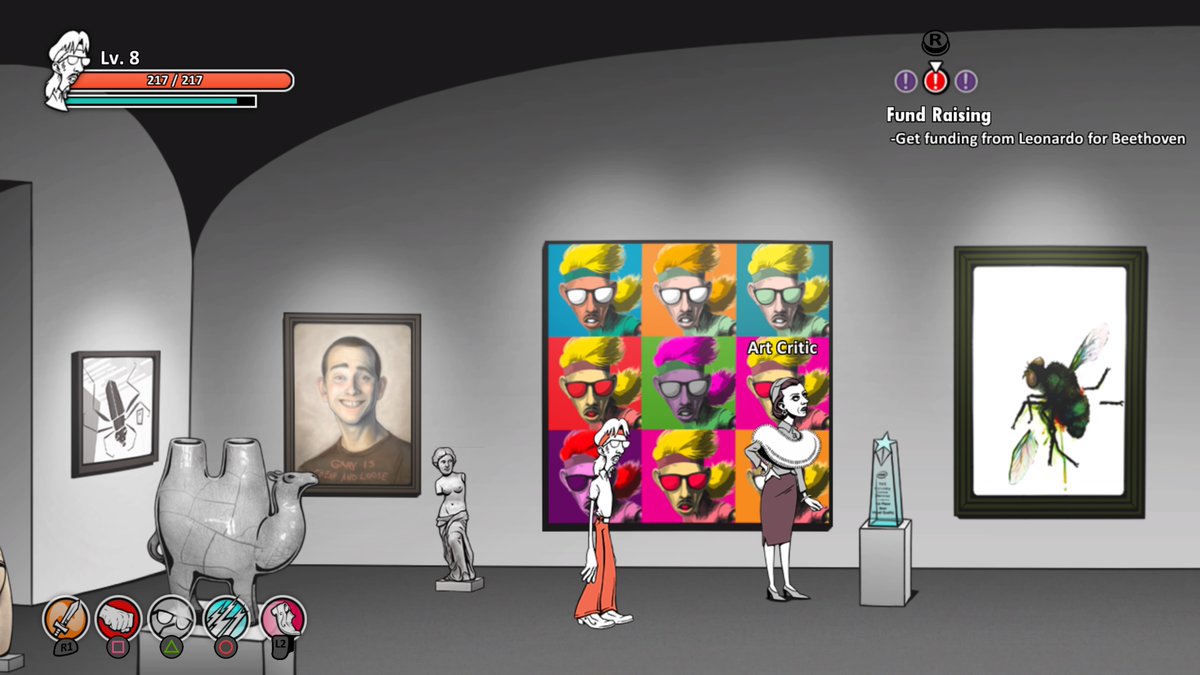 The game starts off with Daryl in what turns out to be a dream, as he sees his detective partner gunned down, chasing down the evil bad guy. Long story short, he manages to save the day and rescues the girl. I like the opening as it starts with a more powered up Daryl that you would typically see later, giving you a preview of what the game will feel like in later stages of the game. You wake up and need to get to your new school.

Upon arriving at school, you are quickly introduced to the people in it and to how the non-combat portions of the game work. The school acts as a hub for all the different worlds and is ácked with a diverse range of characters that all feel distinct and have their own voice. A ton of characters are presented as stereotypes from nerd culture, in the best extreme ways. This might rub some people the wrong way, but characters do their job and will even end up giving you quests you can complete to receive rewards. 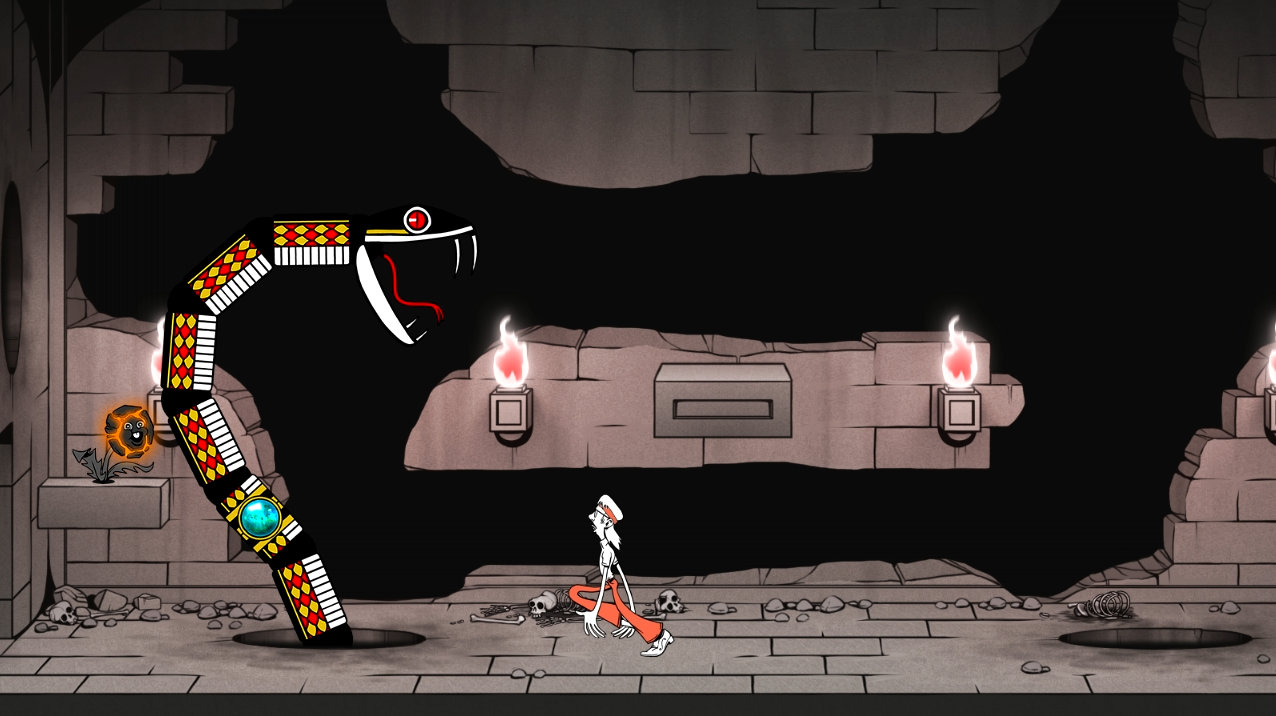 Combat in the game is very interesting and reminded me of an MMO/MOBA/Hero Shooter. All the different attacks are tied to your face buttons and to the R1+R2 triggers, and you can assign new ones to them as you find new ones. Pressing a button will launch an attack, from swords to punches, projectiles, lighting attacks and more. The key is that everytime you use one there is a cooldown attached to it, so before you can use it again you need to wait for it to charge. This will keep you from assigning all super powerful attacks to your buttons since they will have a longer recharge time, so you will need to find the right balance. I started mapping several abilities that had a shorter cooldown to keep a nice flow of attacks during battle, but you might want to find something that works for you best. You should also know that you can level up the skills using the XP you earn and this directly plays into which skills you end up setting up since more powerful skill are definitely more desirable.

Oddly enough there is no autosave feature, so you’ll need to into restrooms to save your progress – something that feels a bit weird in the 21st century. One of the games first quests actually happens in the bathroom, from the saving instructor (who very much looks like a Super Saiyan Goku who has seen better days). Thanks to this quest, you’ll be shown how you very much need to save or else you’ll lose your progress. Luckily you can leave the game on standby thanks to the sleep mode function of the PS4, but be sure to save as needed – and upload your save file to the cloud if you have a PS+ account!

The art style really stands out for this game, with a very interesting 2D aesthetic with exaggerated character designs. The school in the game’s real-world portion feels like a real school, but things come to life when you go into the dream worlds that provide you with a… more unique look at everything. The music knows when it needs to pick up the pace and when to let you chill, matching the gameplay at the right times. The music also helps to elevate the surreal feeling of the art in the game, perfectly complementing the overall ambiance. 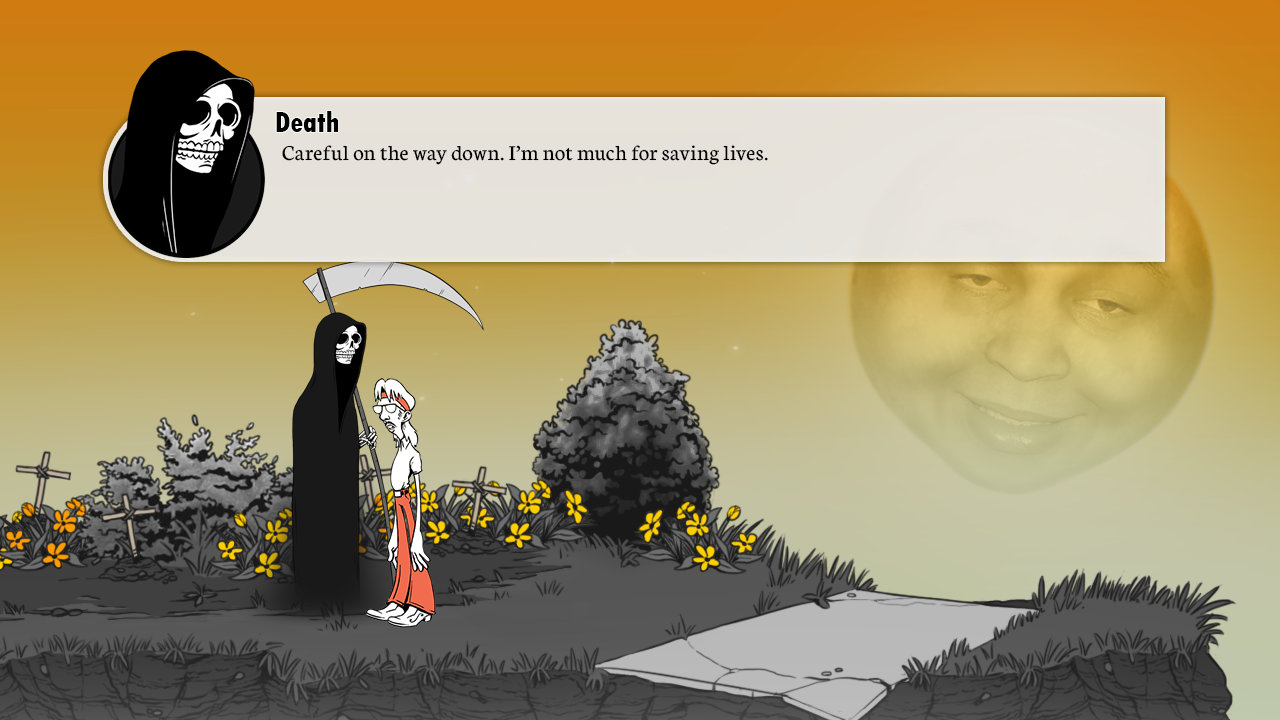 I really enjoyed my time with Super Daryl Deluxe, a really unique beat’ em up/Metroidvania that was definitely worth my time – and will be worth yours. The game is the drug trip I never knew I needed – in a good way. Honestly, I’ve played a ton of great Metroidvania titles, but none of them have made me laugh this hard – and so much. This is a game that deserves to be played!

Disclaimer
This Super Daryl Deluxe review is based on a PS4 copy provided by Dan & Gary Games, LLC.