Rogue Aces from Infinite State Games and Curve Digital is a game that completely surprised me since I certainly wasn’t expecting such an addictively fun release! Learn more about why you need to download this one today in our Rogue Aces review!


I have to be honest: I don’t usually enjoy games like Rogue Aces, but I was hooked after playing for a handful of minutes! Rogue Aces is a game where World War II is fought in the skies, and it’s not difficult to learn how to play it thanks to its 2D nature. You’ll fly around trying to defeat your enemies, which are clearly marked as your opponents, and as you defeat them they will drop loot, that is clearly marked to make it “pop” from all the action, so that you can quickly make your way to it as you pursue, or avoid, your enemies. 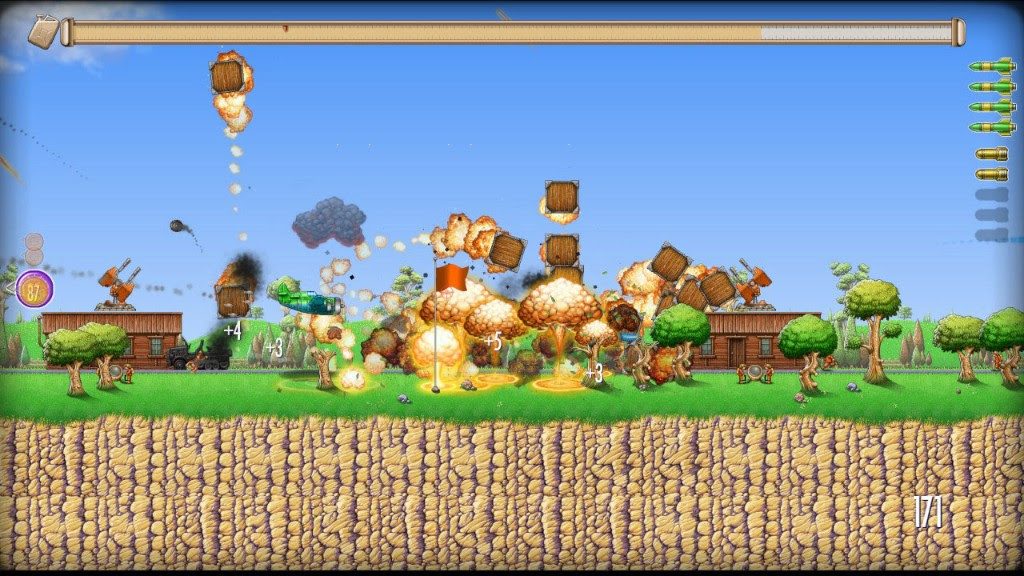 The tutorial for the game is great since it’s clear and concise with no complicated explanations. The game tells you how each gameplay mechanic works, and you won’t be able to progress in the tutorial until you use it properly. After a bit you can select to either continue with the tutorial or exit and go to war. It is better to finish the tutorial, but at least you have the option of going straight into the campaign if you feel confident enough.


The controls are relatively easy and very tight and comfortable. You can navigate your plane with the left analog stick, while throttle is mapped to the right analog stick. Gameplay can be frantic but the controls will respond flawlessly at all times. Luckily you don’t need to worry about crashing into enemy planes since you can pass right through them, which I think is a great decision from the development team since it would have been almost impossible to fly around in the game and not feel frustrated about crashing into another plane more than once! What you DO need to be aware of is that you can crash into the ground if you don’t plan your landing just right, or if you run out of fuel and come crashing down! 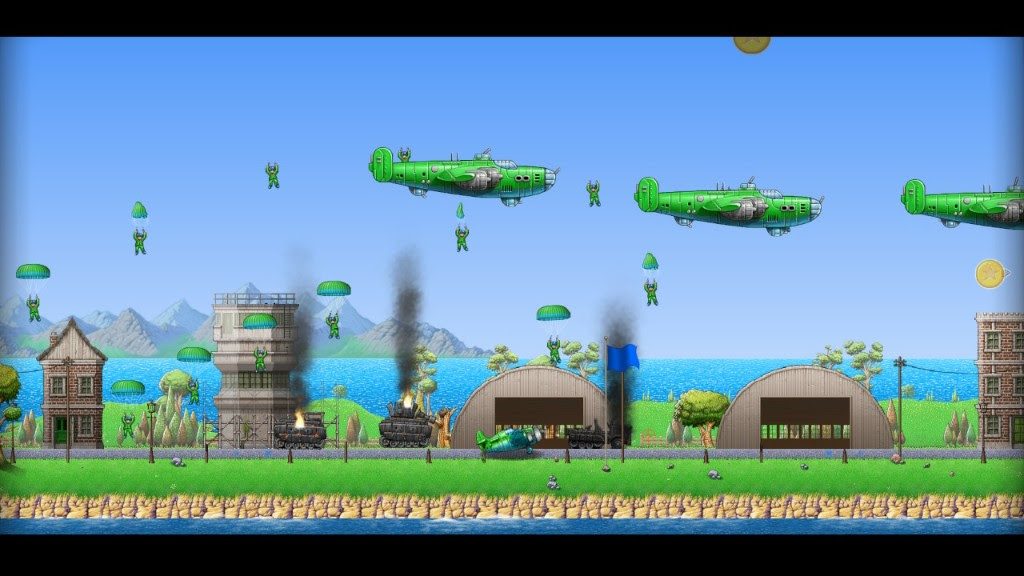 Rogue Aces is primarily and arcade shooter, and a highly addictive on! There are no timers and no frustrating gameplay mechanics to keep you rushing during your time with the game… other than having to refuel your plane! Along with shooting at other planes, you can also take on tanks on the ground, destroy buildings and bomb everything that belongs to the enemy. Early in the game you will make mistakes and crash a few times until you get the hang of things, but don’t worry since it won’t take long for everything to “click.”

Rogue Aces has some RPG elements since you can level up and upgrade your plane, unlocking new skills to make your ride better and to make it easier for you to progress in the game. You will be completing missions and earning valuable EXP as you complete them. As long as you carry on with missions and give it your best you will improve your plane over and over to increase your odds of surviving each fight. 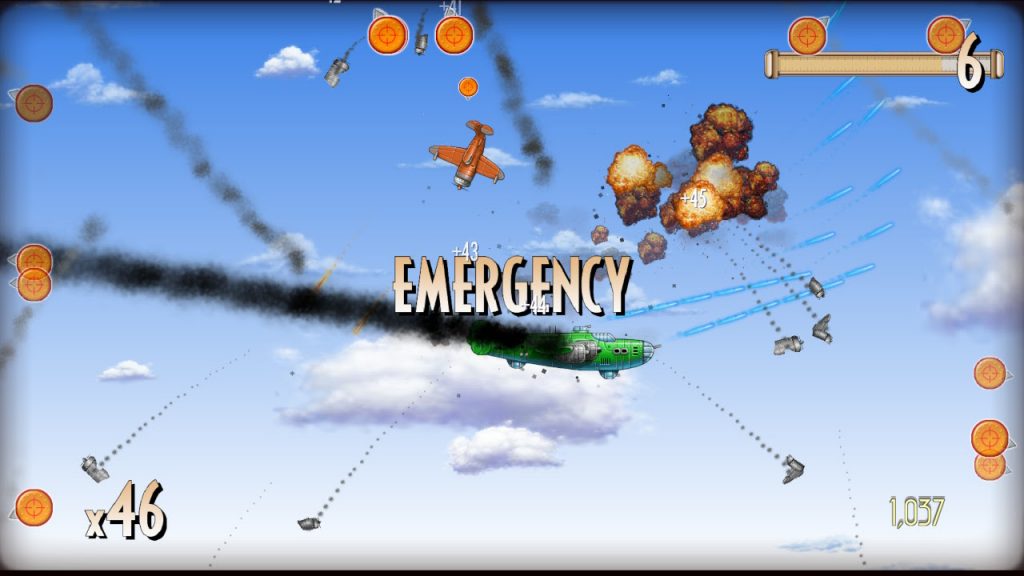 The game may look easy at the start but the difficulty does ramp up as you go, but since you’ll also be upgrading your plane to keep up, you won’t feel as if you were running into a steep difficulty bump. And once you get good at the game, you’ll be doing crazy things like Sky Jacking, which has you leaping from one plane into another. How cool is that?


Rogue Aces offers a ton of replayabilty and plenty of content to enjoy, and that’s before you unlock the extra modes the game has to offer! For example, there’s Frontline Mode in which you can capture islands. Each island is rated with a number of stars, and the lower their rating the easier it will be to capture said island. You’ll need to destroy targets, defeat enemies and take on the enemy HQ to succeed, using your guns, rockets, etc. to do as much damage as possible. For this mode you will be racing against the clock since you have a set amount of time to reach the enemy Headquarters, and each mission takes X amount of time to finish. By the time you take on this mode you should have plenty of time under your belt with the main campaign, so you’ll be more than ready for this change of pace. 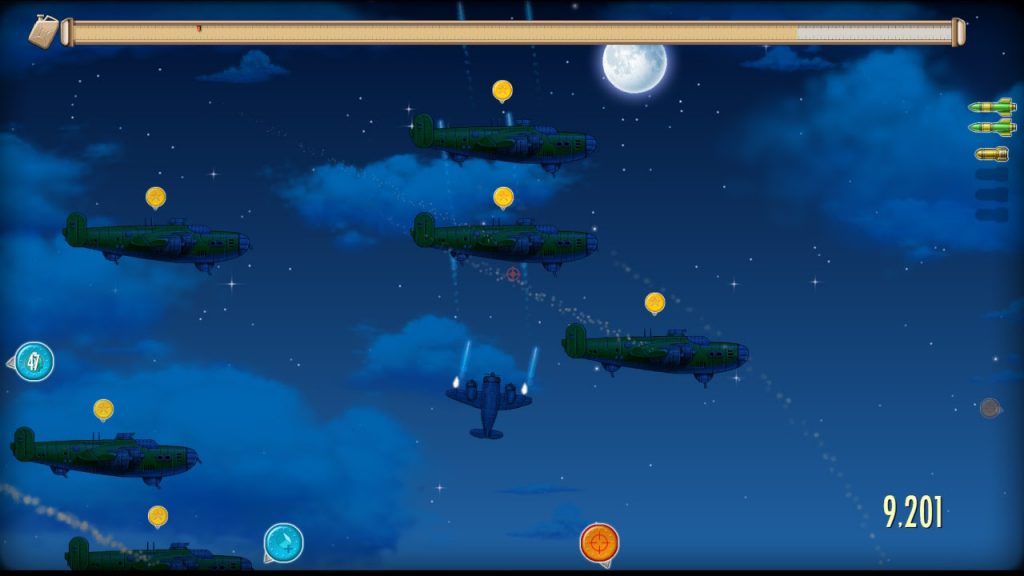 Rogue Aces is a very addictive arcade-style 2D release that is very easy to recommend on PlayStation 4, and which I hope you download today! There’s a ton to do in the game, and with all the extra modes you can unlock, it’s more than worthy of your time and money.

Disclaimer
This Rogue Aces review is based on a PlayStation 4 copy provided by Curve Digital.

Phantom Trigger Out On PlayStation 4 Today