Jettomero is a visually striking and musically enticing video game about a giant clumsy robot trying to save the universe.

As soon as the game begins, you wake up as Jettomero, a very confused robot who wonders who he is – he’s on a small planetoid and has no recollection of why he’s there. As a quick tutorial, you are asked to manoeuver the robot, and this will allow you to learn the basics. After a little while, you’ll be ejected into space and will go through a wormhole into another solar system.

What’s Jettomero’s mission? When he explores planets in a solar system, there’s a chance that he’ll meet up with giant enemies, so he’s then going to need save that planetoid! The actual combat is relatively easy with quick time events sequences. I honestly liked those a lot and were anticipating them each time I used a wormhole to navigate to a new system! 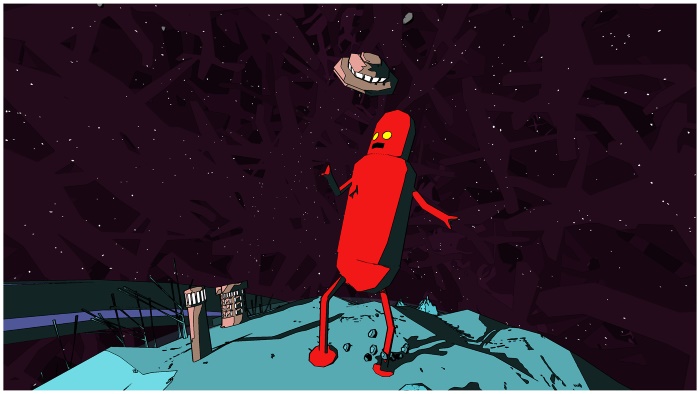 Jettomero is a clumsy character, and this is clear from the way he moves. He’s also a bit naive, and even though his goal is to help the humans, he’s so clumsy that he’ll eventually destroy some human properties, so from their point of view, he’s a threat, so they attack him, which adds to overall difficulty of walking on the surface, but he doesn’t have HP, so this doesn’t have any direct consequences over your character.


On each planet, there are also some collectibles to find in the form of parts that are buried under the surface. Fear not, as locating them is easy, and getting them will add some small cosmetic upgrades to Jettomero, which is a nice touch. There are also yellow pellets dispersed on each planet, and they are used as fuel which is required to escape the gravitational field of each planet. Fuel is luckily not needed to navigate in each solar system, so as soon as you’re in space, you’re free to explore. 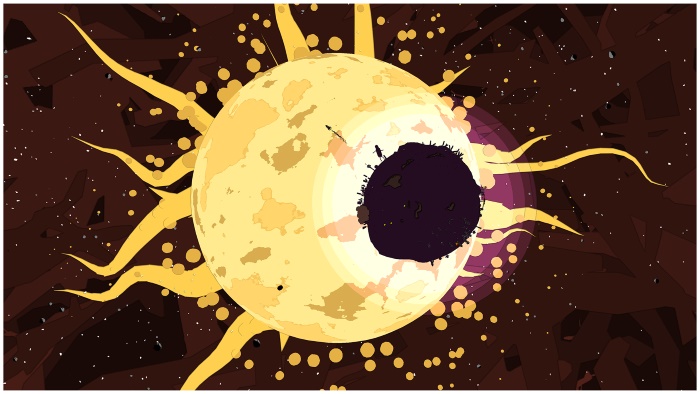 Saving planets will also give Jettomero some insight on what happened previously in the form of coded ciphers that lead to cut-scenes. Each fight leads to a cipher, and unlocking them is done by moving wheels that change letters. The controls in those segments weren’t as precise, so it was hard to land on the letters as needed.

Each solar system and planet in the game is procedurally generated, and this does end up making the planetoids feel a bit too similar but with a different color palette. This is not a deal-breaker, but it’s something I wanted to bring up. I liked the game’s soundtrack which fit the game’s action and mood, as well as the cut-scenes, which are presented like a comic book and that do a great job to move the story along. 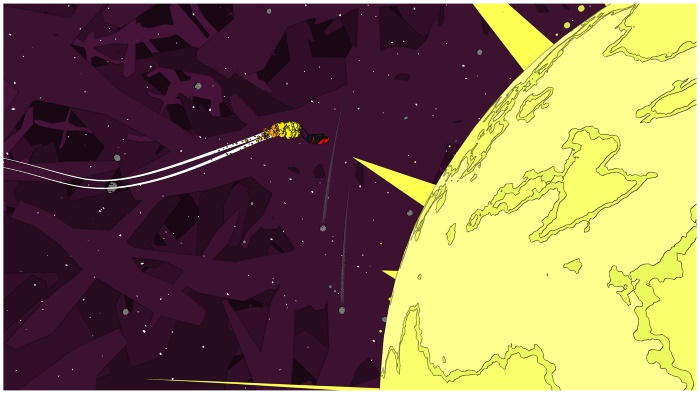 Final Thoughts
Even though the premise and gameplay of Jettomero: Hero of the Universe are relatively simple, it makes for a fun adventure that feels different from the current batch of indie releases. It’s a game that can be played in short bursts since exploring each planet takes around 5 minutes or so, and each solar system has between 3 to 5 planets. I recommend this release if you want to play a game that feels different while being short and to the point.

This Jettomero: Hero of the Universe review is based on a PlayStation 4 code provided by Ghost Time Games.

Russian Subway Dogs Out This Year On PS4 And Vita

Killing Floor: Incursion Out May 1 On PS VR