There is very little handholding in Alchemist’s Castle, which can be a bit confusing at first. As is the case for a proper Metroidvania, you will need to search every nook and cranny for new skills and abilities that will grant you access to new areas. For example, you might notice some blocks that you can’t push… at first. But once you find the proper ability, you’ll be able to move them around as you please. 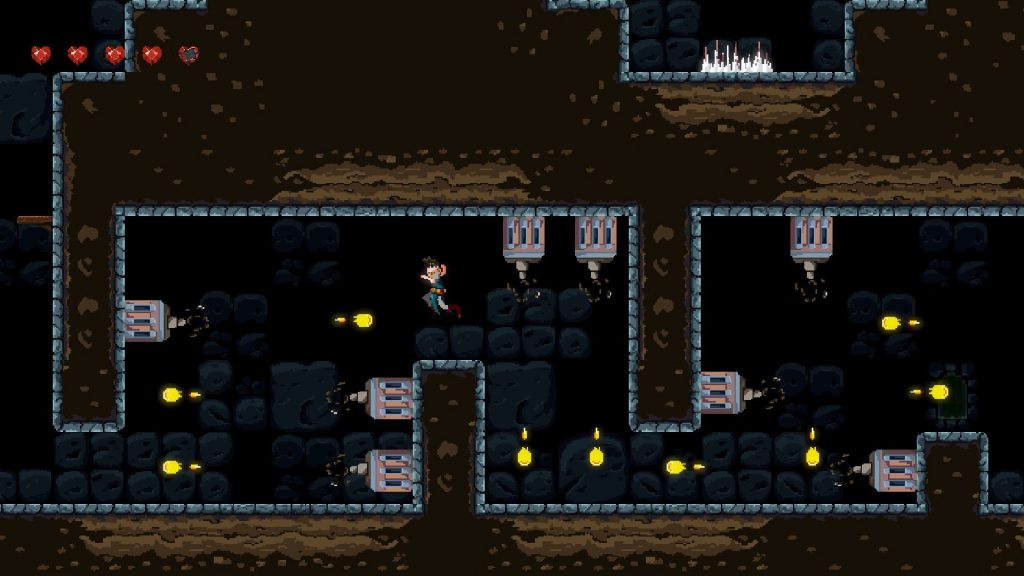 The premise is that you play as a nameless individual who is the apprentice of a powerful alchemist who, after finding the Philosopher’s Stone, has turned into a selfish and power hungry tyrant. Due to this, the goal of the game is to find and destroy the Philosopher’s Stone to try and return the alchemist to his former self. Along the way, you will run into several spots in which you’ll seem to run into a dead end since you’ll be lacking the skill needed for opening the way. 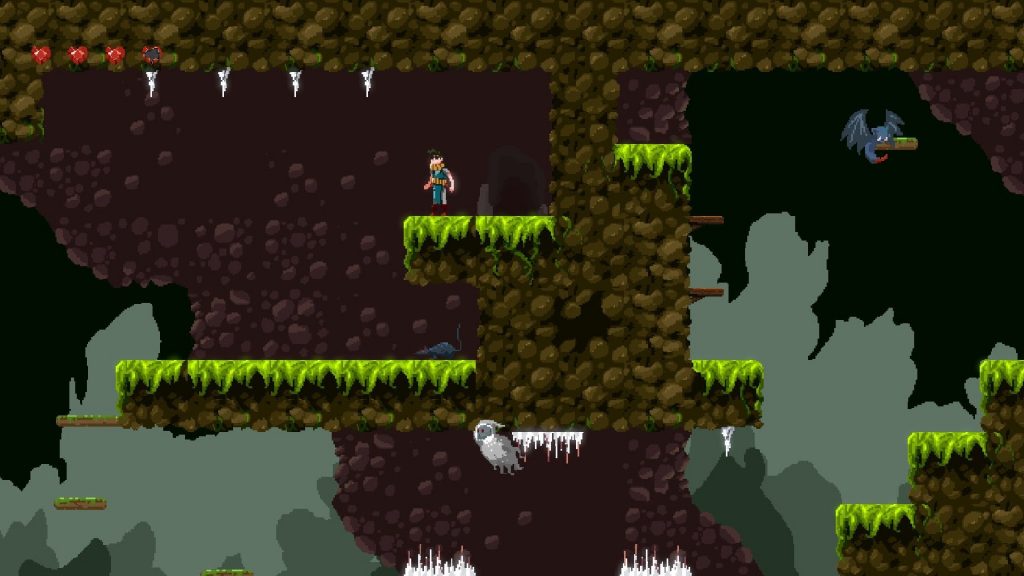 The game will ease you into things. In the beginning, you will suffer a pretty bad fall, and this will make you lose you jump ability for a bit until you can find what looks like a jug that will grant you a magical jump, right at the end of the cave in which you start your journey. This is a cycle that you will repeat several times as you add some new very handy skills to your arsenal. 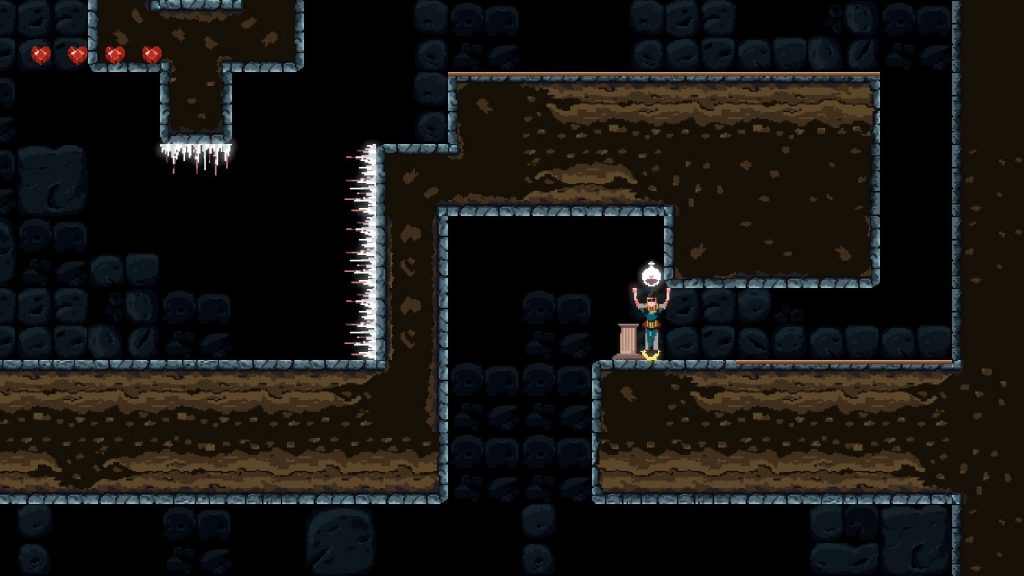 There is not a big focus on combat in this one. Sure, there are a ton of enemies, but they’ll mostly feel harmless unless you’re careless and accidentally bump into them. There are rats, bats, and a variety of flying, running and crawling enemies, but it feels like you can almost run and jump around without harming them…. at least during the first part of the game. But later on the challenge will ramp up, which is not an issue since the game is generous with its checkpoints – they look like small lamps that light up as you get close. If a lamp lights up, then you’re good to go and can feel a bit more protected.


The map system is interesting since you have three choices: Dynamic, Static and No Map. The Dynamic one shows your location and the rooms and areas you have visited. The Static map shows you the entire game map and all collectibles, which is definitely a nice thing. The No Map one is self-explanatory and is an option you should look into only if you want an extra challenge. 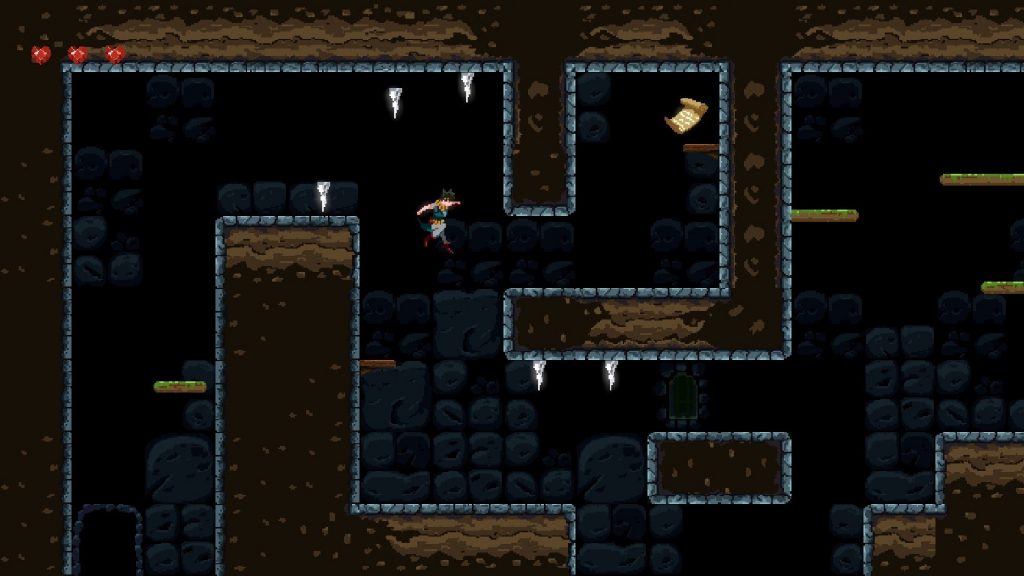 There are scrolls dotted around the game that piece together the story, but the problem with that is that you can pick them up “in the wrong order” gettting glimpses of different parts of the story, which, at times, might not make a lot of sense. It’s an interesting way of doing things, but something that might not click with everyone. 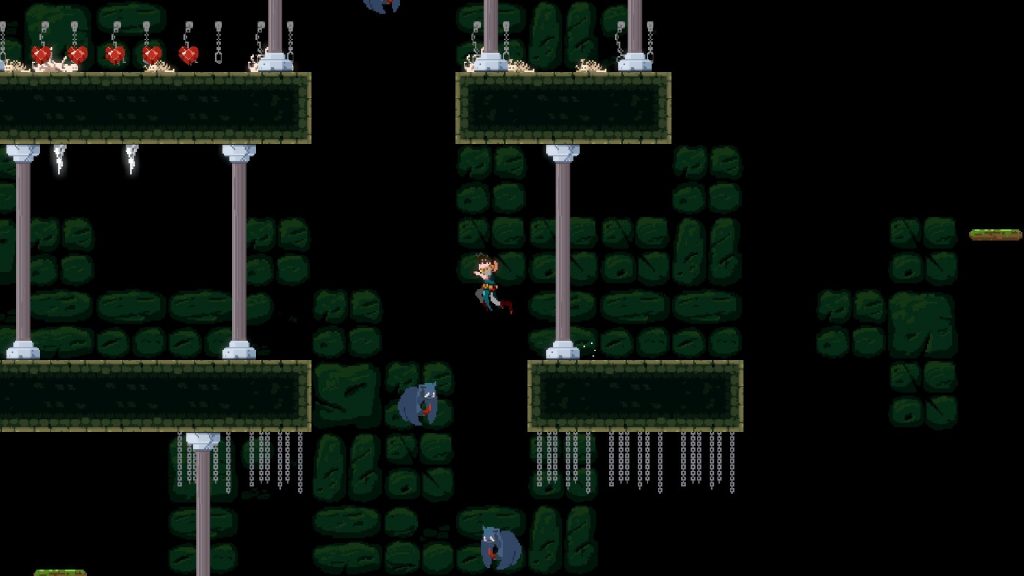 Alchemist’s Castle is a fun action platformer that certainly pays homage to the Castlevania games of a Metroidvania nature, and you will notice this in some of the enemies in the game, the skills you’ll gain access to, the areas you will visit, and more. It pays homage to the vampire slaying series while doing its own thing, feeling like a minimalist and stylized indie version made available at a very affordable budget price of only $2.99.

Disclaimer
This Alchemist’s Castle review is based on a PlayStation 4 copy provided by Kobodur.

To Leave Now Available For PlayStation 4 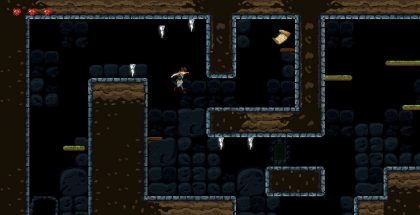